Home Arts & Entertainment Monica Geller: The Mom of all Friends 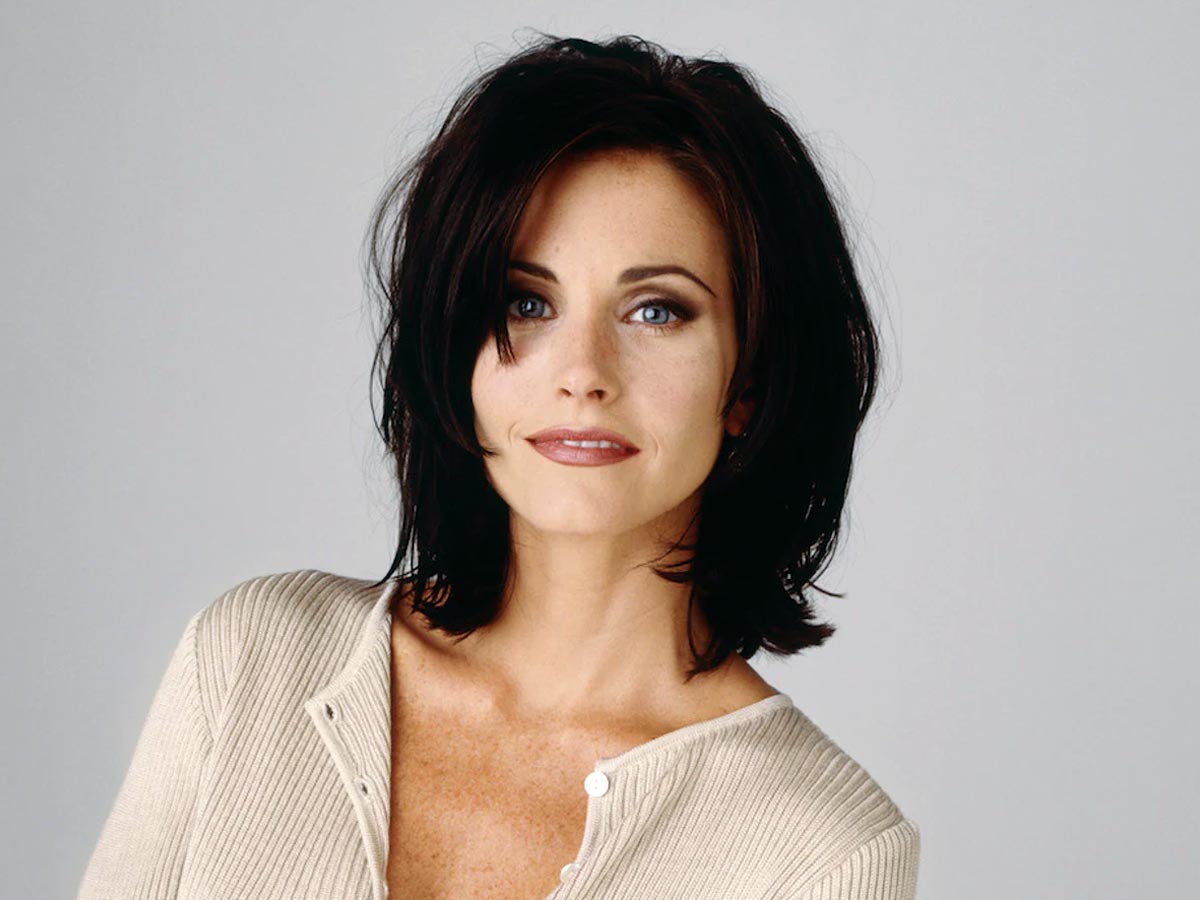 Monica E. Geller is a fictional character played by Courteney Cox on the iconic American television sitcom Friends (1994–2004). Monica was regarded as the group’s “Mother Hen,” and her Greenwich Village apartment was one of the group’s favorite meeting spots.

Monica Geller was born on the 22nd of April, 1969. Monica Geller, the daughter of Jack and Judy Geller, is Ross’s younger sister. Monica is Jewish, as is the rest of her family. Ross gave her a mildly rough childhood, marked by bickering between her and her brother. She has had a complicated relationship with her parents, who unconsciously favor Ross over her on many occasions and normally cares more for him than Monica. 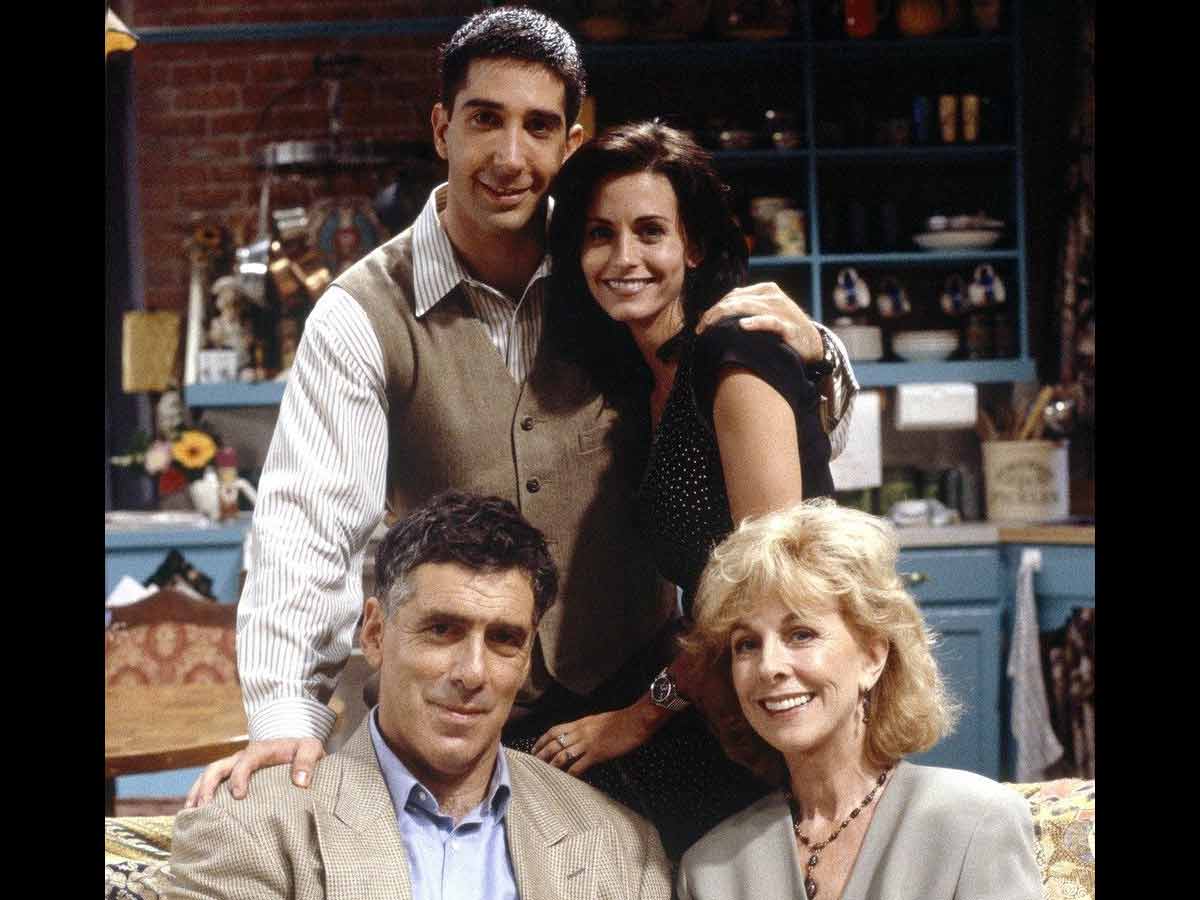 Monica Geller struggled in high school, gaining a significant amount of weight and peaking at 255 pounds. Rachel Greene, her closest neighbor, was one of her last friends. She also had a date for prom: Roy Gublik. Her first kiss, on the other hand, was (accidentally) with her brother, Ross. On Thanksgiving 1987, she met Chandler Bing at her parents’ home. At first, she had a crush on him when she overheard him refer to her as Ross’s “fat girlfriend.” The reaction was so intense for her that she resolved to shed all of her excess weight the next time he saw her. By Thanksgiving 1988, she had achieved her goal.

During a botched attempt to strip him nude and seduce him, she unwittingly retaliated by dropping a knife and severing one of his fingers. 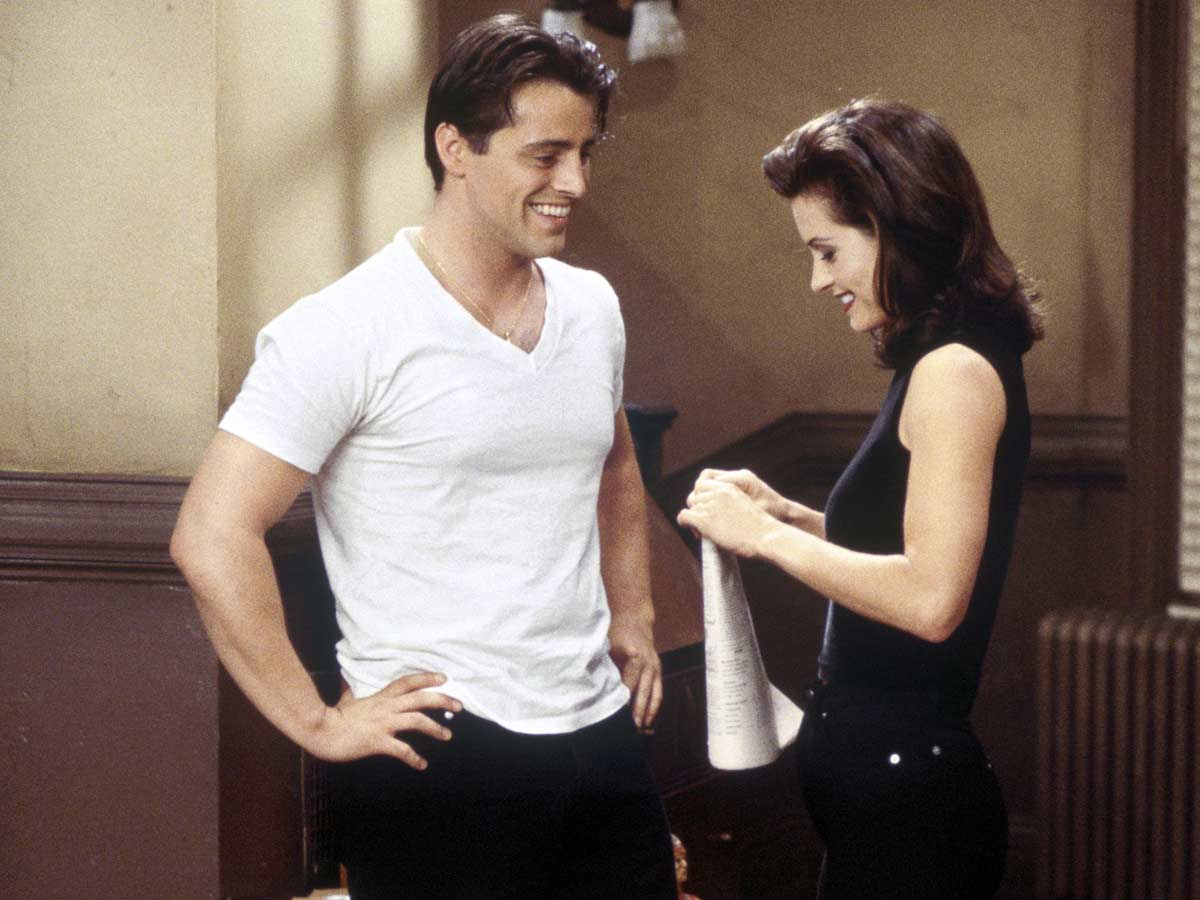 Also Read, Rachel “Green”: The Queen of her Rachelland

Monica Geller is known for her meticulous cleanliness, although she is kind, loving, and polite. She has also been noted for her unusually loud voice and her bossiness, and unnatural organizing abilities. She is often referred to as high-maintenance by Phoebe and Rachel. In addition to being a clean freak, Monica can be bossy and ambitious, failing to lose in tournaments. Though less so than Chandler, Ross, Rachel, or even Phoebe, Monica has a more overt snide and cynical wit than her peers. 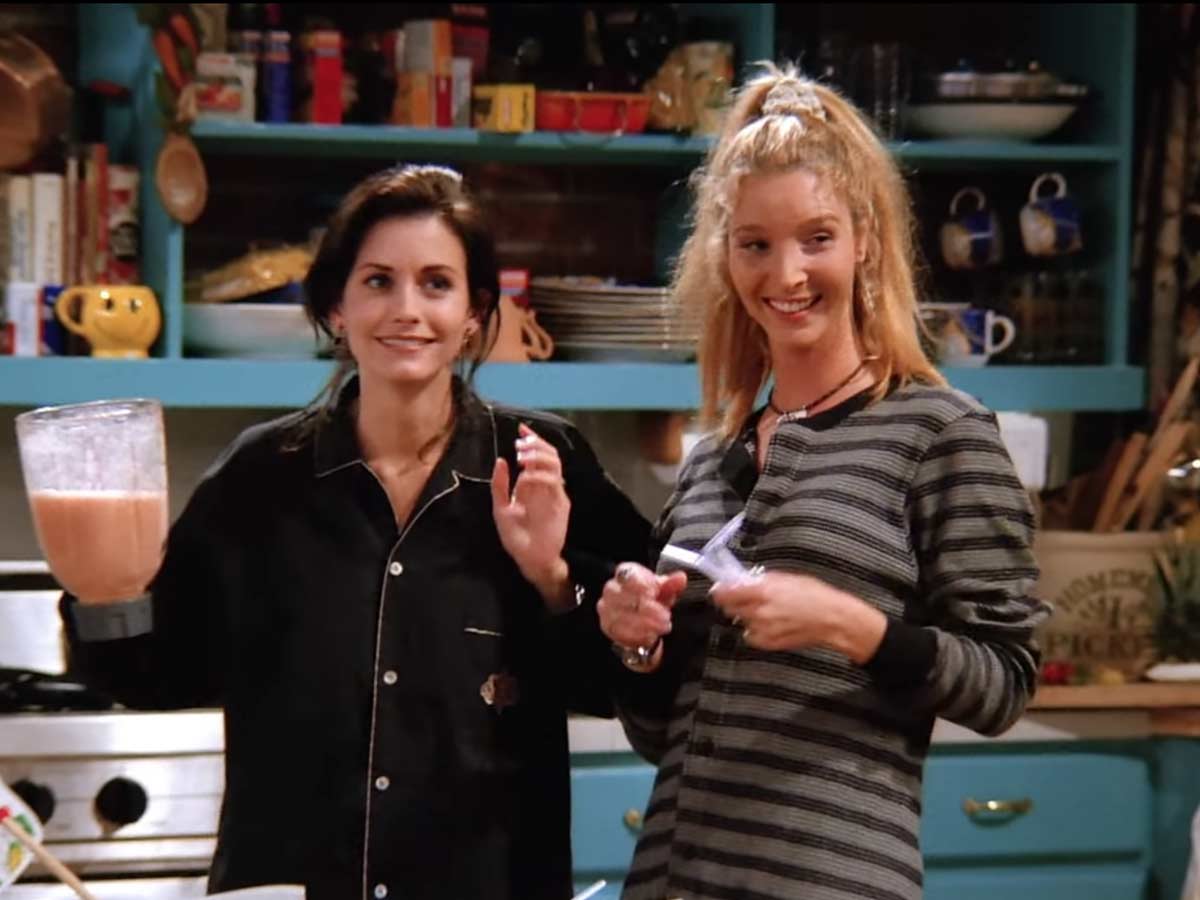 Monica Geller is a fierce competitor, reportedly tossing a plate in a fury during a game of Pictionary and saying that “rules help regulate the fun!” 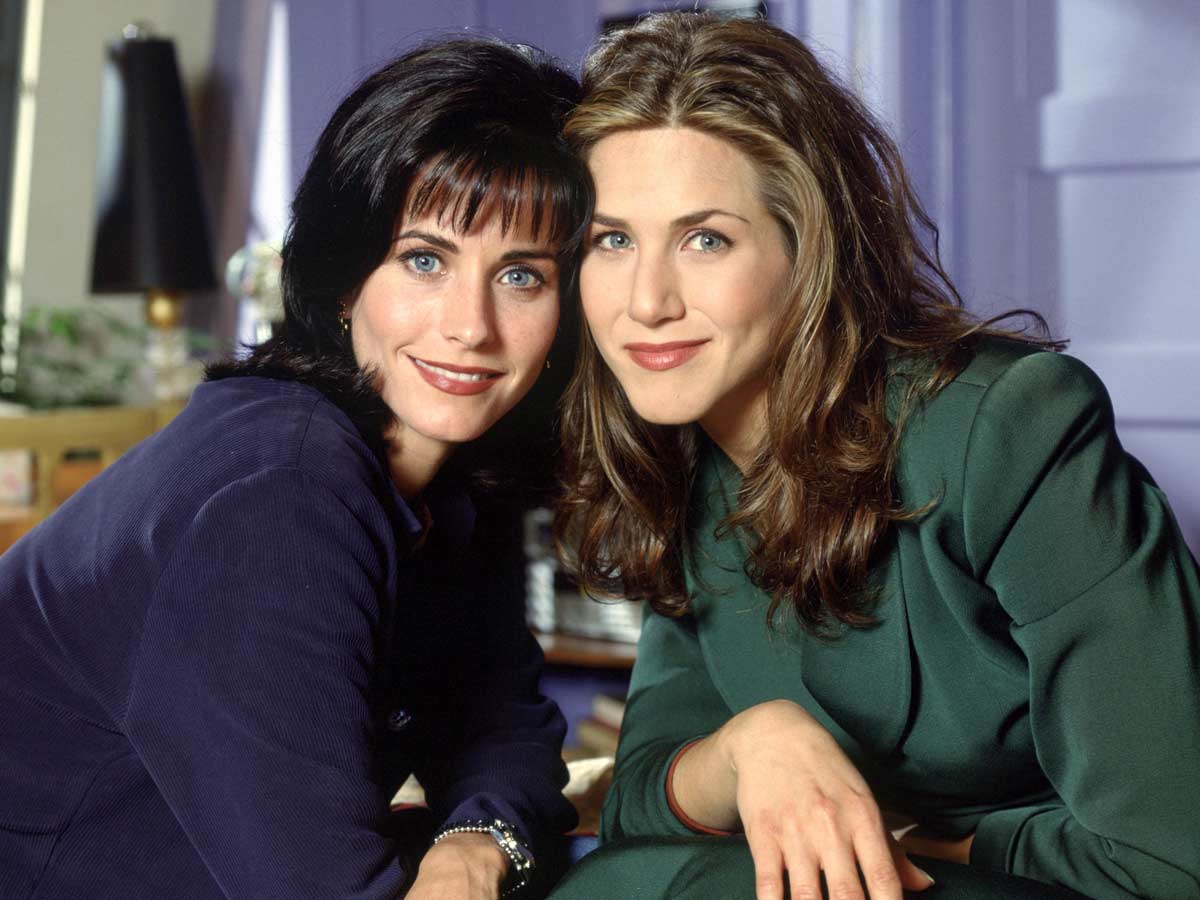 As Joey and Ross were casually tossing a ball back and forth, Monica jumped in and tossed the ball too hard at Ross, prompting him to yell, “Monica, stop throwing the ball too hard! We’re on the same side!” Monica, on the other hand, still pushes her competitive spirit too far. One dramatic example was Monica’s impulsive gambling on her and Rachel’s apartment during a quiz game devised by Ross. She and Rachel were forced to switch apartments with Chandler and Joey after they lost the final question.

Also Read, Phoebe Buffay or Regina Phalange, Well you know What we Mean

Monica’s ambition may derive from her persistent efforts to make her parents proud of her and to be admired instead of constantly living in Ross’s shadow. It may also result from her youth and adolescent insecurities, particularly because her best friend, Rachel, was a common school diva with many boyfriends, while Monica was obese and disliked.

Monica Geller is famously bossy, and her peers often refer to her as such. Her domineering personality is most visible in her friendship with Chandler, where she often gains the upper hand in their disagreements. 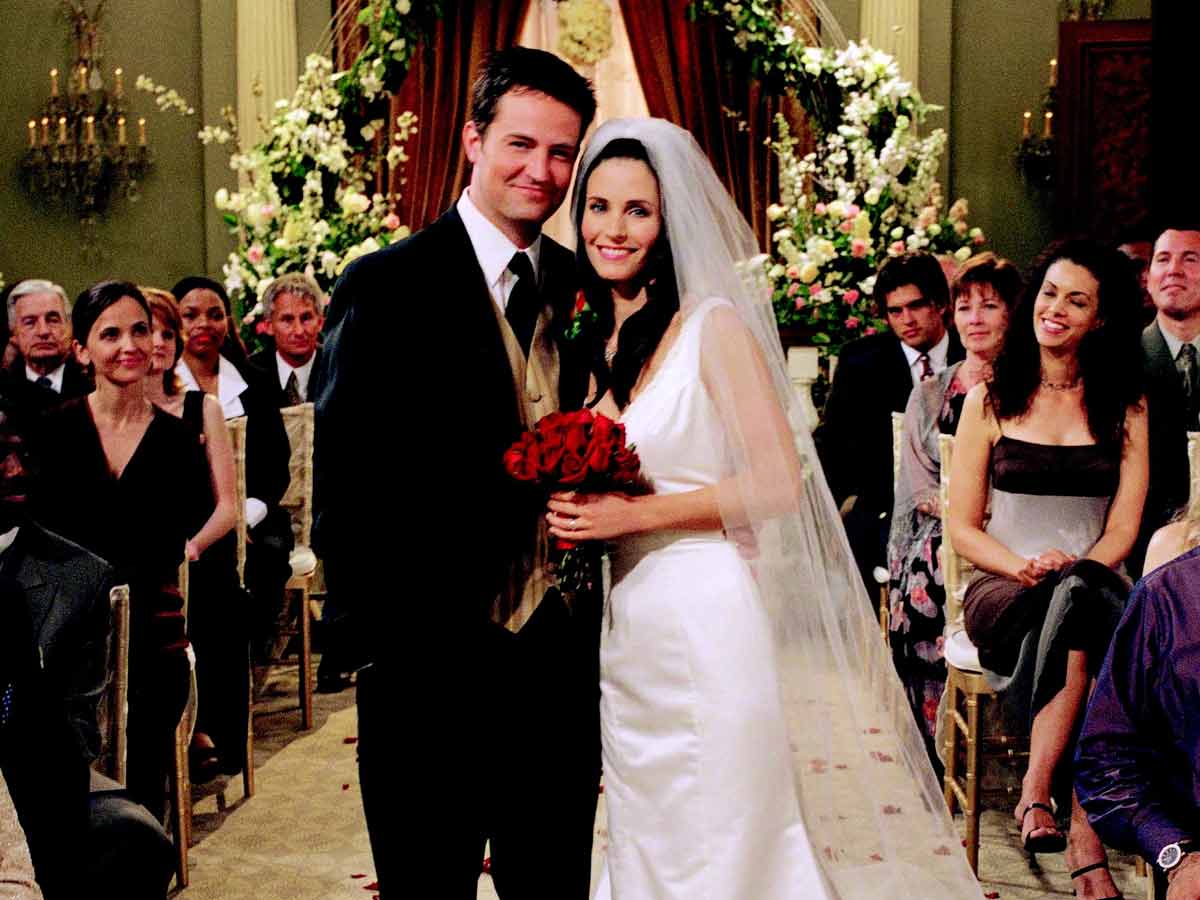 Chandler has recently settled a legal battle with Monica. Monica seeks assistance from Chandler after discovering that her parents had squandered her wedding savings. He reveals that he is wealthy, and he is enraged because Monica threatens to invest the whole fortune in the wedding.

Also Read, Friends Reunion: Everything you must know

Courteney Cox demonstrates that she is a real-life celebrity. Monica from the TV show Friends

Courteney Cox just showed in this video that she is the neat-freak Monica in real life as well. Take a look at this funny footage of the Friends alum.

Courteney Cox, the legendary sitcom Friends Monica Geller, has just proven that she is a real-life Monica Geller. Monica was a neat freak on the show, notable for her fascination with cleanliness and organization.

Cox posted a video to her Instagram account in which she tells the camera, I’ll take the floor first. She then shows her fans her super-organized kitchen, a utensil box, a seasoning drawer, and a well-stocked pantry.

“Am I the only one?” she captioned the video. On the stage, Cox clearly played a version of herself. Fans wholeheartedly concurred. “She was born for that part,” a fan commented below the video.