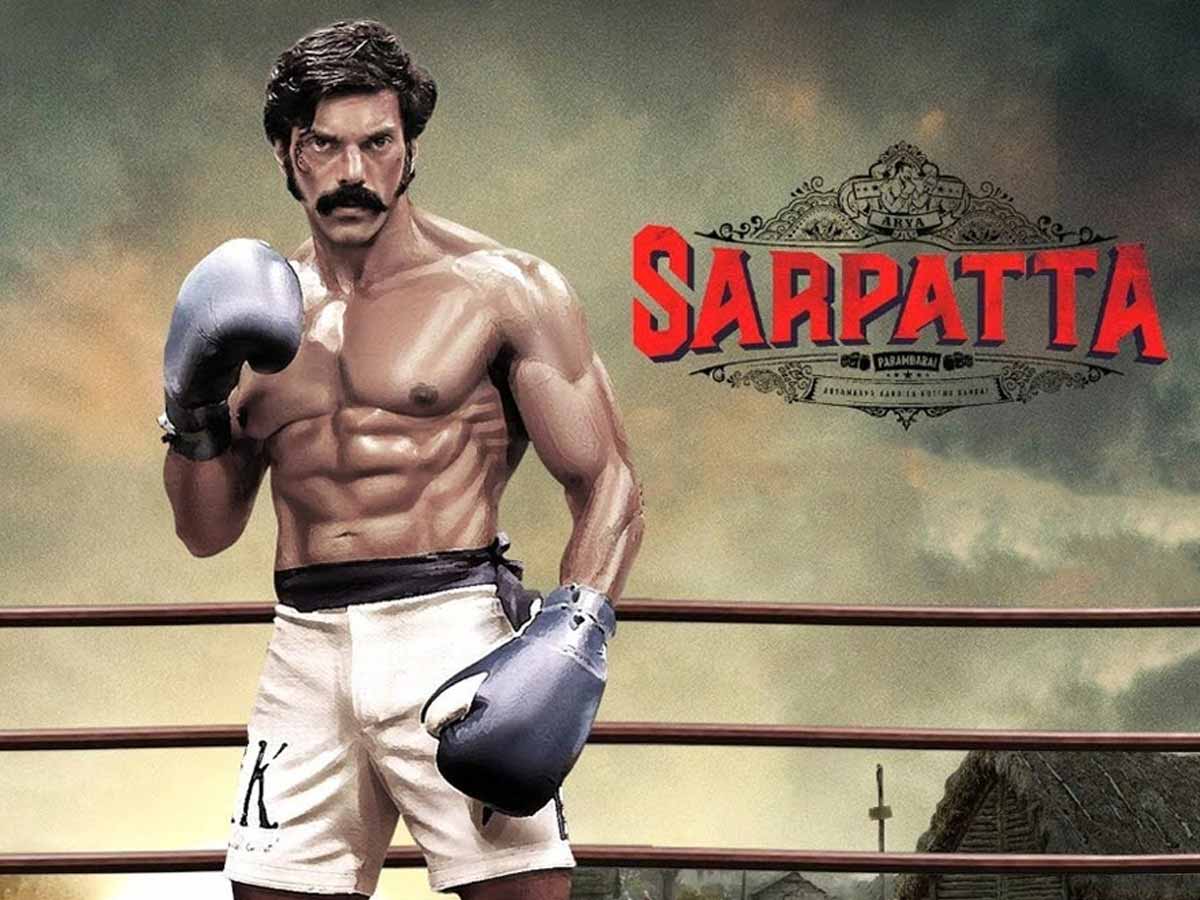 Malik, a technically well-crafted Malayalam film, struggled to soar above the clichés of a gangster thriller last week. However, Sarpatta Parambarai (Sarpatta Dynasty) has broken over the barrier this week, delving into the most predictable Sports film genre. Despite the over-length of 2 hours and 53 minutes, this is perhaps Pa. Ranjith’s greatest film to date since it starts with a fight and never loses its grip. The film shines because it provides a lot more than merely a sports-based drama centering around the disputes amongst its major participants. It is set in Madras in the 1970s, around the time the Emergency was declared.

Sarpatta Parambarai is centered on competing for boxing clans and their fierce rivalry. Kabilan, a dock worker whose father was previously a champion in the sport, is played by Arya. His mother Bakkiyam (Anupama Kumar), on the other hand, would not allow him to enter a boxing ring since she feels it will bring him down the same path as his father. Kabilan, on the other hand, can’t seem to keep away from the fights, his body moving in time with the blows delivered in the ring as he watches, enthralled. 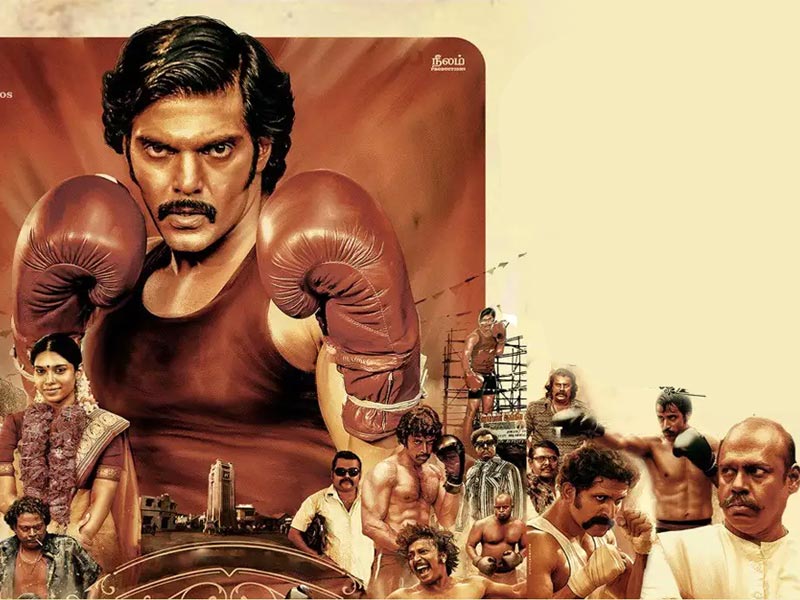 Sarpatta Parambarai, directed by Pa Ranjith, who also co-wrote the film with Tamil Prabha, is like witnessing a live match because it captures the passion of the game, the exhilaration of each play, and, most importantly, the wonderful unpredictability of the sport. Sarpatta Parambarai makes you feel like you’re watching a boxing bout in a stadium, with the heat constantly on to keep the adrenaline pumping.

The arc of sports-based films has an intrinsic flaw: it is predictably predictable. The protagonist is enthusiastic about a sport, but the path to victory is paved with thorns. He/she overcomes all of this with difficulty and triumphs. The majority of athletic dramas are built on this very basic premise. Sarpatta Parambarai, Pa. Ranjith’s latest Tamil film, isn’t much different. It follows a protagonist (Kabilan, portrayed by Arya) who aspires to be a boxing champion but faces several obstacles.

This normally long picture is made enjoyable by Ranjith’s characteristic flair. Ranjith’s Sarpatta Parambarai is on the people’s way of life instead of Farhan Akthar’s earlier Hindi boxing drama Toofan, which focused on the protagonist’s issues. It centers on North Madras, the heart and soul of boxing in a city where two competing boxing clans, Sarpatta and Idiyappa, battled for supremacy. The film succeeds as an epic because it captures the full atmosphere of that era and the individuals that reflect the city’s vibrant culture.

Ranjith describes the lives of boxer clans of the period in a scholarly manner, gently reflecting on caste distinctions and political tendencies of various groups engaged in the tournaments. He alludes to the government’s collapse at a critical time in the film. Still, he doesn’t allow it to overwhelm the plot, which is a smart decision. Most significantly, the film is unconcerned about any state or national championships that break convention. 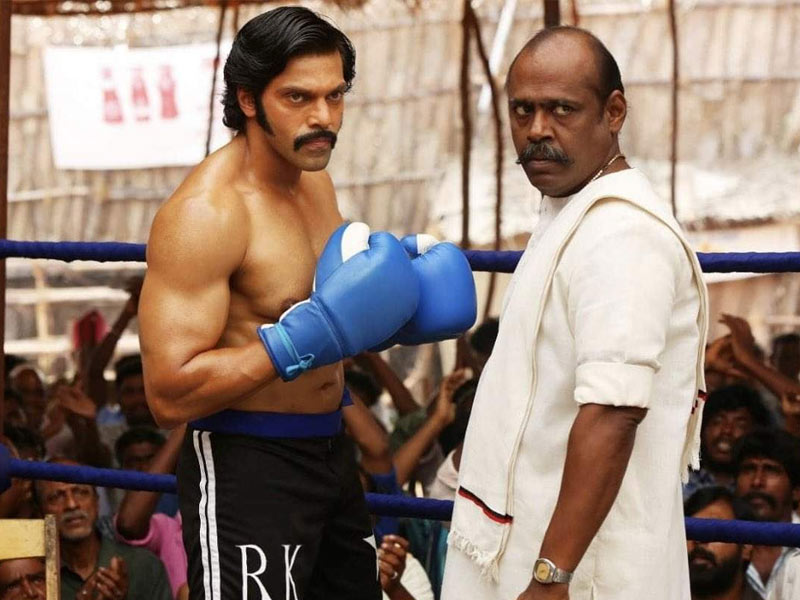 As the two formidable opponents in the ring, both Arya and John Kokken execute knockout performances. The superb background soundtrack, camerawork, art direction, editing, and supporting cast, on the other hand, elevate it to a new level, putting on a commendable collective performance. The supporting characters of a silent instructor conversing with his eyes, a kind guide speaking in a mixed dialect, and a dancing boxer exhibiting incredible footwork in the ring, among others, raise the film significantly.

Bakkiyam and Mariamma (wife and mother) continue to chastise Kabilan, which becomes tiresome after a while. Vetri’s (Kalaiyarasan) wife, Sanchana Natarajan, plays a similar role. Even if their impact cannot be ignored, it would have been better if the women in the film had more to do than criticize and lash out at the males in their life.

Arya is at home in the ring, but he isn’t as convincing in the film’s few emotional scenes. The clumsy attack on Kabilan at the conclusion also appears needless and cinematic. It is out of rhythm with the remainder of the film’s realistic narration. Kalaiyarasan does a good job portraying Rangan’s troubled son. Still, his relationship with Kabilan goes through too many twists and turns instead of growing naturally.

Kevin, often known as ‘Daddy,’ is an Anglo-Indian ex-boxer who serves as a stand-in father for Kabilan. His accent, which is a combination of English and Tamil, is dead on. Dancing Rose is another intriguing figure that has a significant influence. He moves with incredible elegance and quickness the ring in the ring, making the beautifully produced match (the background soundtrack adds to the suspense) a joy to see. Santhosh Prathap, who plays Raman, and John Kokken, who plays Vembuli, have strong performances that make the matches realistic and exciting. 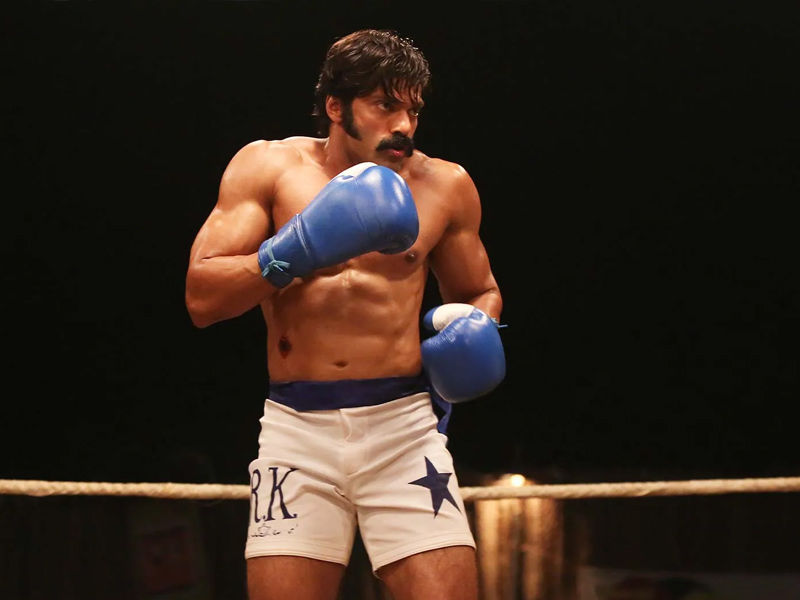 Overall, Sarpatta Parambarai is a brilliantly designed boxing movie that deserves to be labeled a cultural-sports film rather than a sports drama. To be honest, it isn’t a ground-breaking endeavor. It is rather predictable, but the way it tests some novel concepts is what makes it bearable. But it’s undeniably one of the greatest contemporary Indian sports pictures, with a lot to offer and a powerful punch that rises above the clichés. As a result, go for it and enjoy the adrenaline rush of spending three energizing hours in the ring with the fighters.