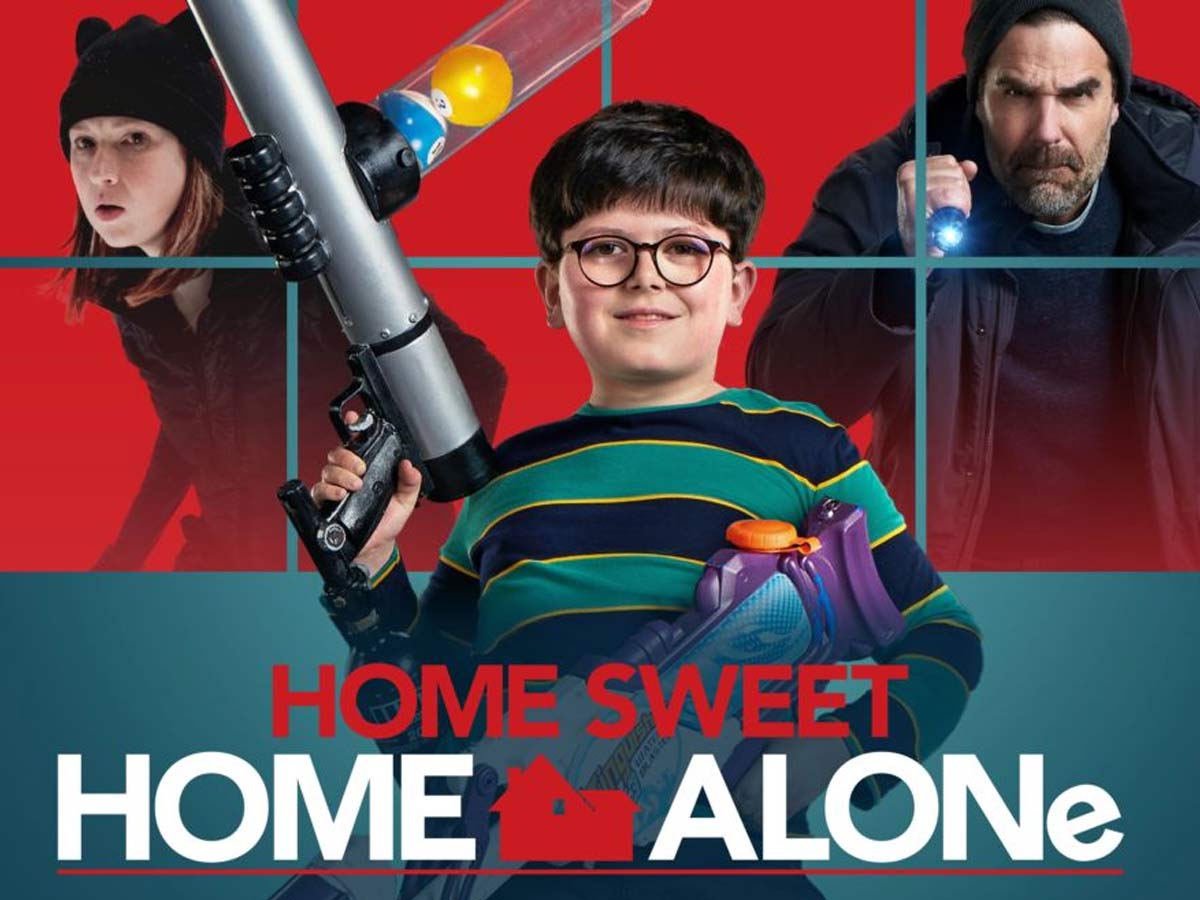 As every year Christmas comes with so many surprises and happiness and with some great American movies and for this year we have Home Sweet Home Alone. This is a Christmas Comedy film is directed by Mikey Day and stars the very famous, Ellie Kemper, Archie Yates, Ally Maki, Kenan Thompson, Pete Holmes, and Chris Parnell.

Home Sweet Home Alone is the sixth in the franchise of Home Alone. This movie deals with the story of a boy who is left alone in his sweet home at the time when a couple planned to get inside thinking he unknowingly took a malformed doll in their possession. This movie has already got released on November 12 and has created a great sense of joy among the viewers.

The first major difference that can be noticed between the original and this new one is that Harry and Marv, the two burglars in the new one are not crooked by the nature but are forced to commit the burglary on Christmas eve, which is very unlike the original one. When the couple gets convinced that a 10-year-old boy, Jojo, has stolen their rare doll which could solve their financial issues, the couple gets determined to procure that doll back.

There is not any kind of malice. The couple only wanted to procure their doll back without harming the kid and was trying to save its home by breaking into another. However, just like the original Home Alone, the boy, in the beginning, seems to enjoy the solitude but then gradually starts to miss his family. What a strange conundrum we can witness in this movie is that we feel badly for the couple but not for the boy.

In this comedy movie, Home Sweet Home Alone, further shame comes in the wealth of comedy talent in the supporting roles from Jim Rash to Kenan Thompson, as they do not get enough chance to shine. One can even once forget the overall morality, but the movie compels you to think that are the booby trap sequences in this new Home Sweet Home Alone are actually funny or not.

And the answer you will get is nothing but just a big no! And this once again boils down to the ‘purpose’ this movie serves. Even the fundamentals of this movie seem to be wrong and hence it becomes hard to have fun with the details and the makers don’t appear like they are trying so hard to make this movie appear that appealing.

This new one doesn’t give the Christmas vibes and values that were given by the original one. The movie somewhere feels like it is a little misguided. However, the movie is good enough to give you the nostalgia for the original film and that can bring a good smile to your face. If you are looking for something to watch that can offer you the perfect Christmas vibes, then Home Sweet Home Alone can be a good option.

The acting of the characters in the movie is pretty impressive, and the movie is pretty good for the kids. The movie is not that bad, but yes; it doesn’t meet the expectations of the audience that it has from the Home Alone franchise. However, there is something different in this movie from the previous one which is good as change is the law of nature.

You can give this movie a watch if you are a Christmas movie lover or a huge fan of Home Alone, otherwise there is not any such reason to watch Home Sweet Home Alone. But yes! If you have watched it or are going to watch it, don’t forget to share your opinions about this movie with us!