Home Arts & Entertainment Film Anne Hathaway Movies That Will Make You Fall In Love With Her... 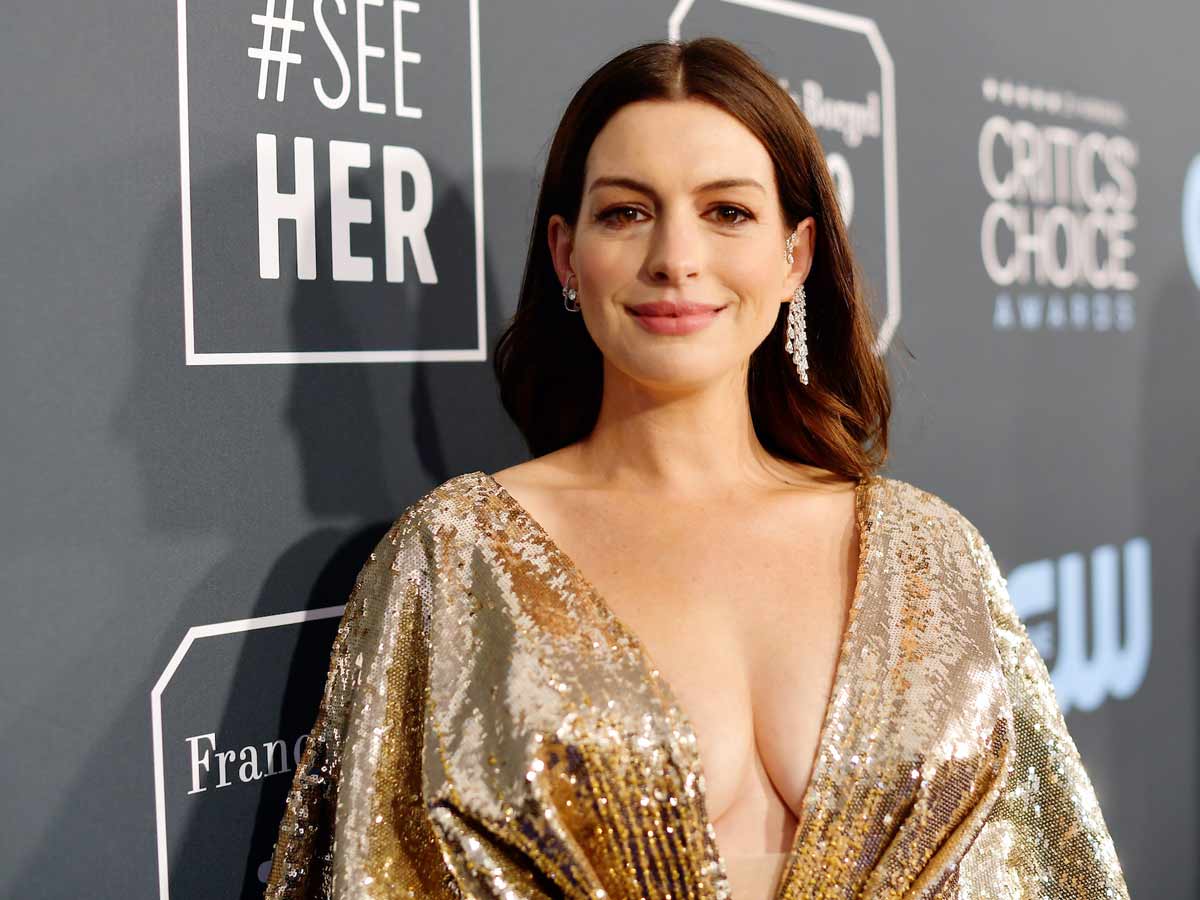 Anne Jacqueline Hathaway or Annie Hathaway, a famous American Actress, resides in many hearts. The receiver of many accolades, including an Academy Award, a primetime Emmy award, and a Golden Globe Award, the actress has established her own identity in the industry. Anne Hathaway was once the most paid actress and appeared on Forbes Celebrity 100 in the year 2009. Anne Hathaway was passionate since the beginning. She took part in many of the plays, and during her teenage, she was cast in a television series Get Real (1999-2000).

In 2001, Anne Hathaway made her debut as a protagonist in the Disney comedy, The Princess Diaries. Since then, Anne Hathaway has shown her different colors and cards through her superb acting in many movies. She showed her versatility by taking the different roles and performing them so nicely. Be it her Dark Knight Rises, The Devil Wears Prada, or Rachel Getting Married, Anne Hathaway impressed her fans and audience up to a great extent.

If you haven’t watched any of her movies yet or are looking for some very good suggestions of Anne Hathaway movies, then check out the list given below- 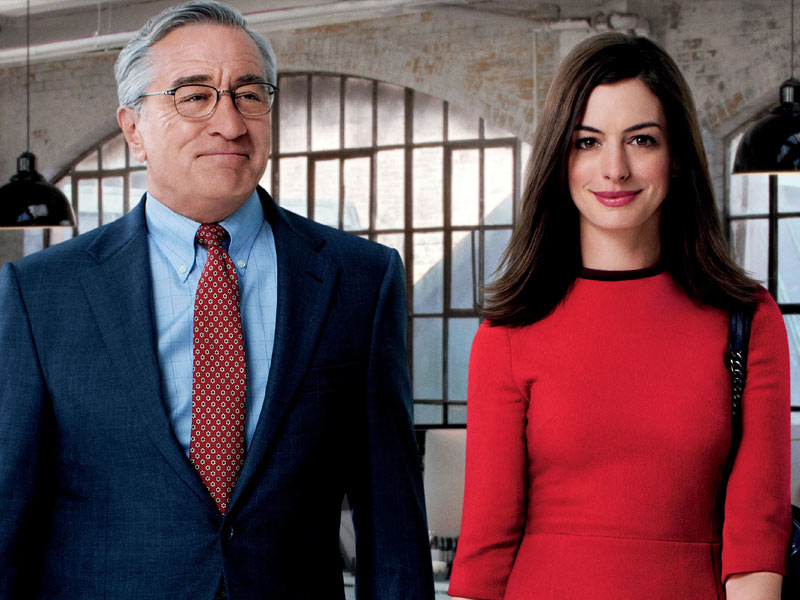 One of the famous movies of Anne Hathaway is The Intern unites, Robert De Niro with Anne Hathaway. The screen pair of this unlikely duo showcased the warmth of their relationship. Their acting and smooth bonding on-screen gave the viewers the perfect comfort. The plot of The Intern follows a 70-years old widower Robert De Niro who becomes a senior intern in a fashion website. The website’s founder is Jules Ostin (Hathaway), a workaholic who learns things from her elder. 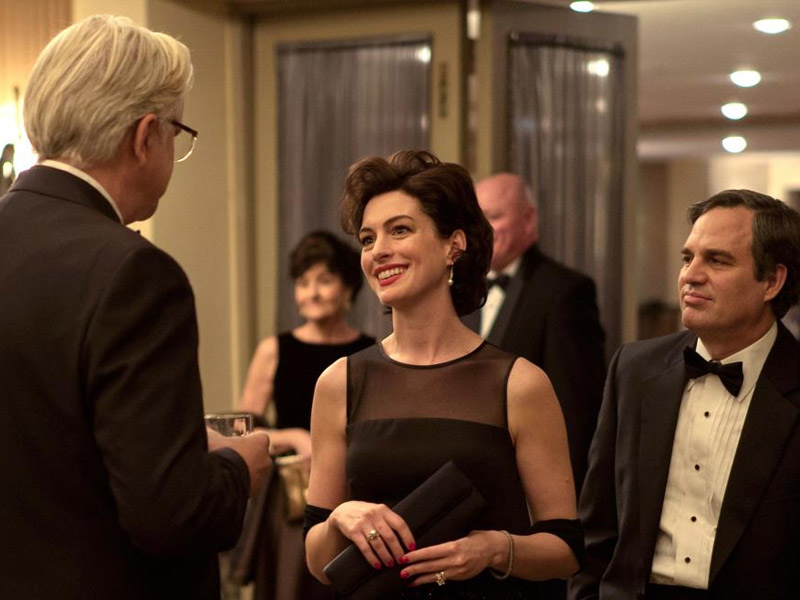 This Anne Hathaway movie in 2019 won the hearts of many. The movie directed by Todd Haynes is a perfect movie that can seep the unwanted residue into the lives of everyday Americans. The plot of the movie involves Robert, a defense lawyer. He goes up against a corporation to stop polluting a water source and endangering the lives of the people. But he is forced to jeopardize his life to expose them. As a result, the movie achieved success, and one of the reasons is the performance of Mark Ruffalo and Anne Hathaway. 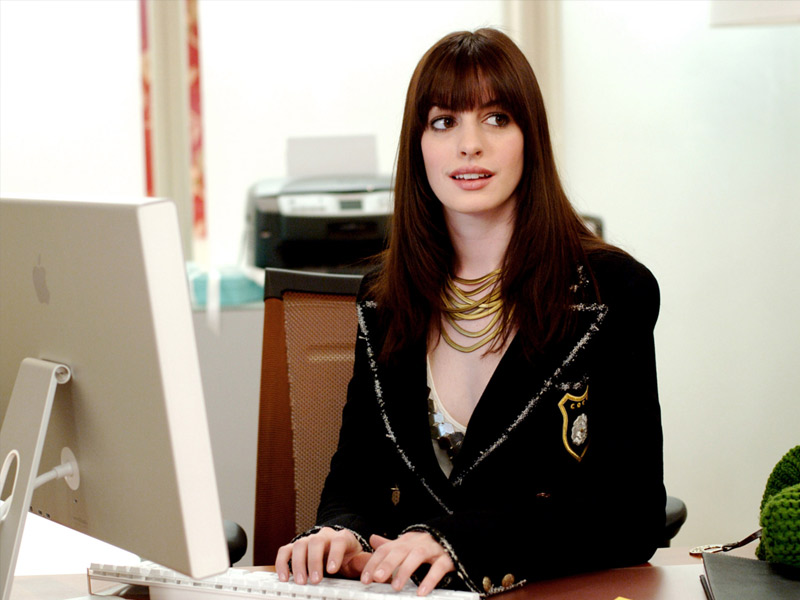 Another movie by Anne Hathaway, The Devil wears Prada, has been adapted from a novel by Lauren Weisberger. This fashion comedy’s plot revolves around a college graduate Andrea Sachs (Hathaway), who moves to NYC and lands a job as an assistant editor of a fashion magazine editor Miranda Priestly (Meryl Streep), fierce attitude, and so many demands. The charming performance of Anne Hathaway in the movie steals the spotlight and the hearts of many. 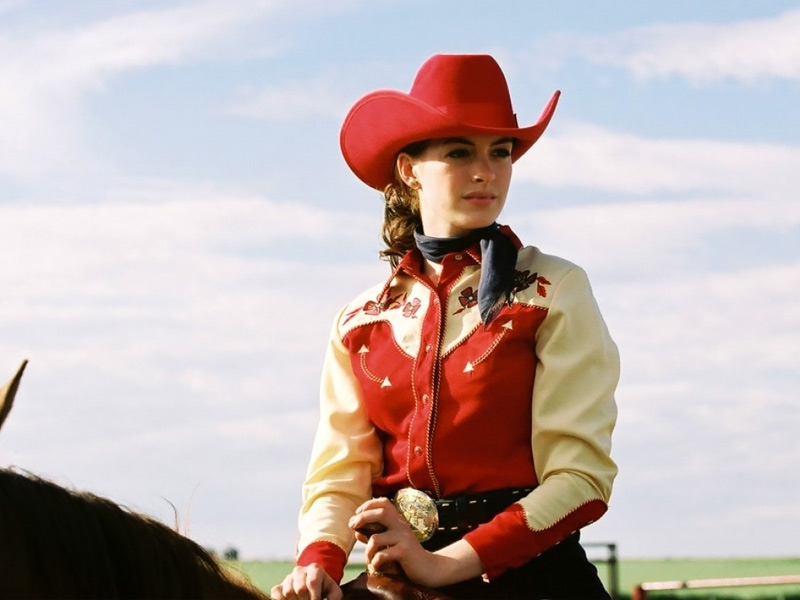 The elegant romantic drama Brokeback Mountains is very popular among people. The movie is one of the finest movies of the year 2005. The movie’s plot includes the two shepherds Ennis and Jack, who develop an emotional and sexual relationship. But their relationship gets complicated as they both married to their respective girlfriends. Nevertheless, the overall movie is amazing and worth watching. 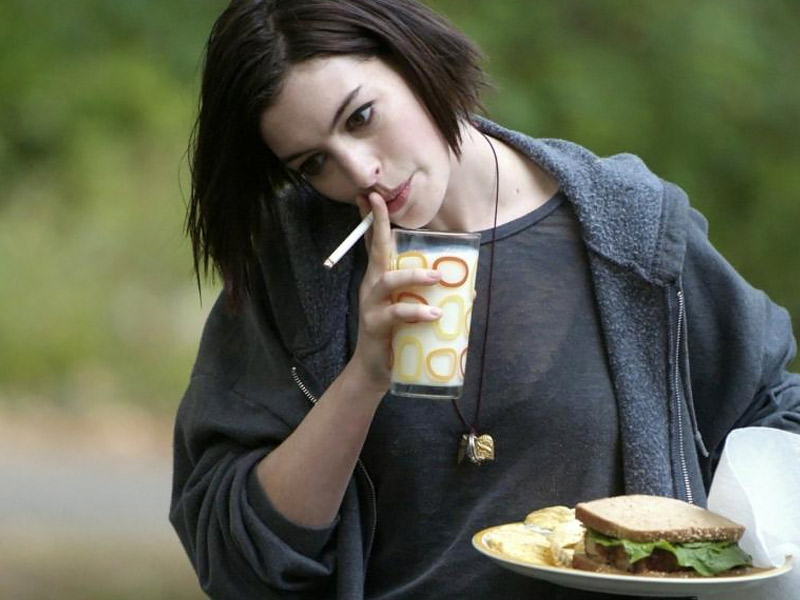 Jonathan Demme’s Rachel Getting Married made Anne Hathaway get the nominations in Oscars. In the movie, Anne portrayed herself as a dark undercurrent, gritty, grounded sincerity, and unflinching realism, which can’t be expected from any A-grade actress in such a beautiful manner. The low-budget drama captures the raw talent of Hathaway. The plot revolves around Kym, a young girl who returns home at her sister’s wedding. Her presence in the event leads to an upheaval in the family dynamics. The movie is great and good to watch. 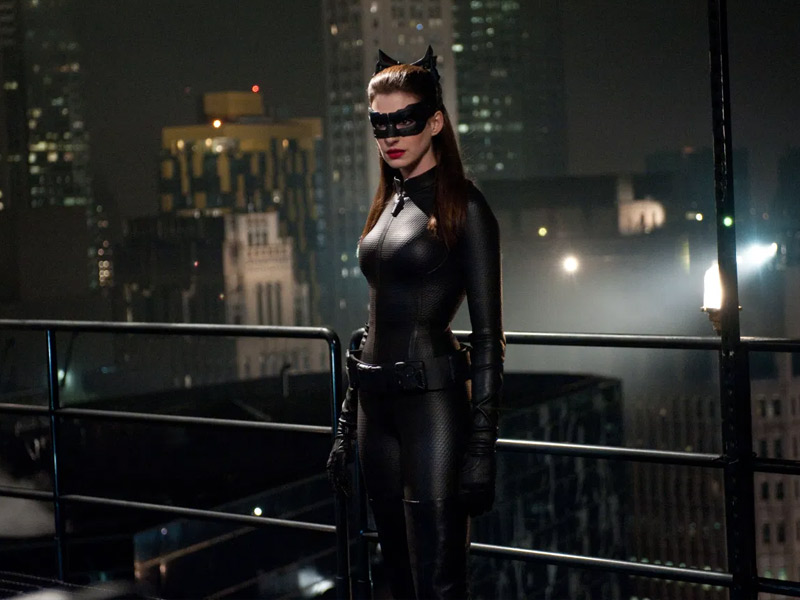 The Dark Knight Rises is another movie by Anne Hathaway that stole the hearts of many. Anne Hathaway, as Selina Kyle, pictures an excellent cat woman. The movie reveals the acting talents of Anne Hathaway in such a beautiful manner that anybody can fall in love with her character and acting. She presented herself as funny, sexy, and sympathetic in equal measure. The movie still shines so bright and is a must-watch in the list of Anne Hathaway’s movies. 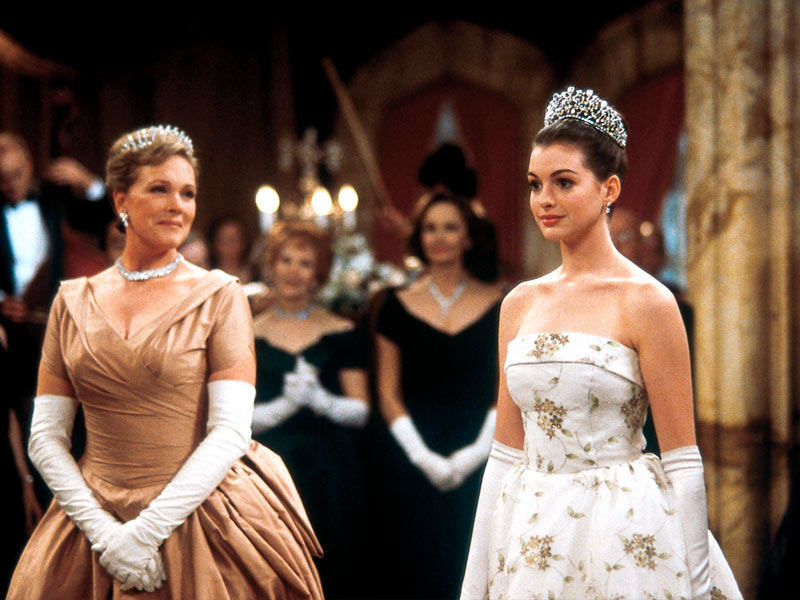 Talking about Anne Hathaway movies, how can we not talk about the Princess Diaries that made Anne Hathaway a star Mia Thermopolis. A teenage girl suddenly discovers that she is heir to the throne of the European Kingdom and is shocked because of her royalty. The movie is based on the novel by Meg Cabot as the same name. Anne Hathaway’s performance is commendable, and the movie makes it crystal clear that we are watching an upcoming star Anne Hathaway as Mia Thermopolis.

Also Read, Must Watch Julia Roberts Movies that will make you Fall for her 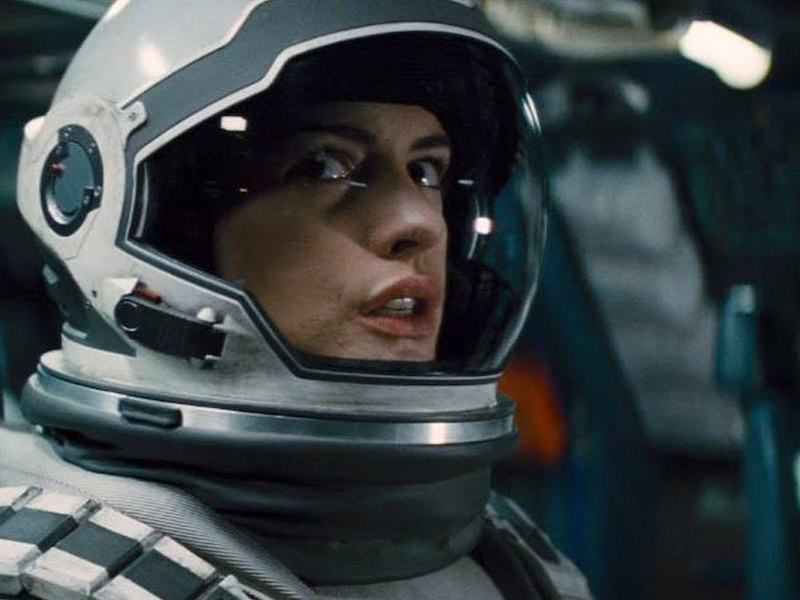 The movie showcased Anne Hathaway as an astronaut and scientist of NASA. In the movie, she travels with Joseph Cooper (Matthew McConaughey) in search of a new home of humanity in the far recesses of the Galaxy. In the movie, Anne Hathaway has proved herself through her acting skills and presentation that she deserves stardom.