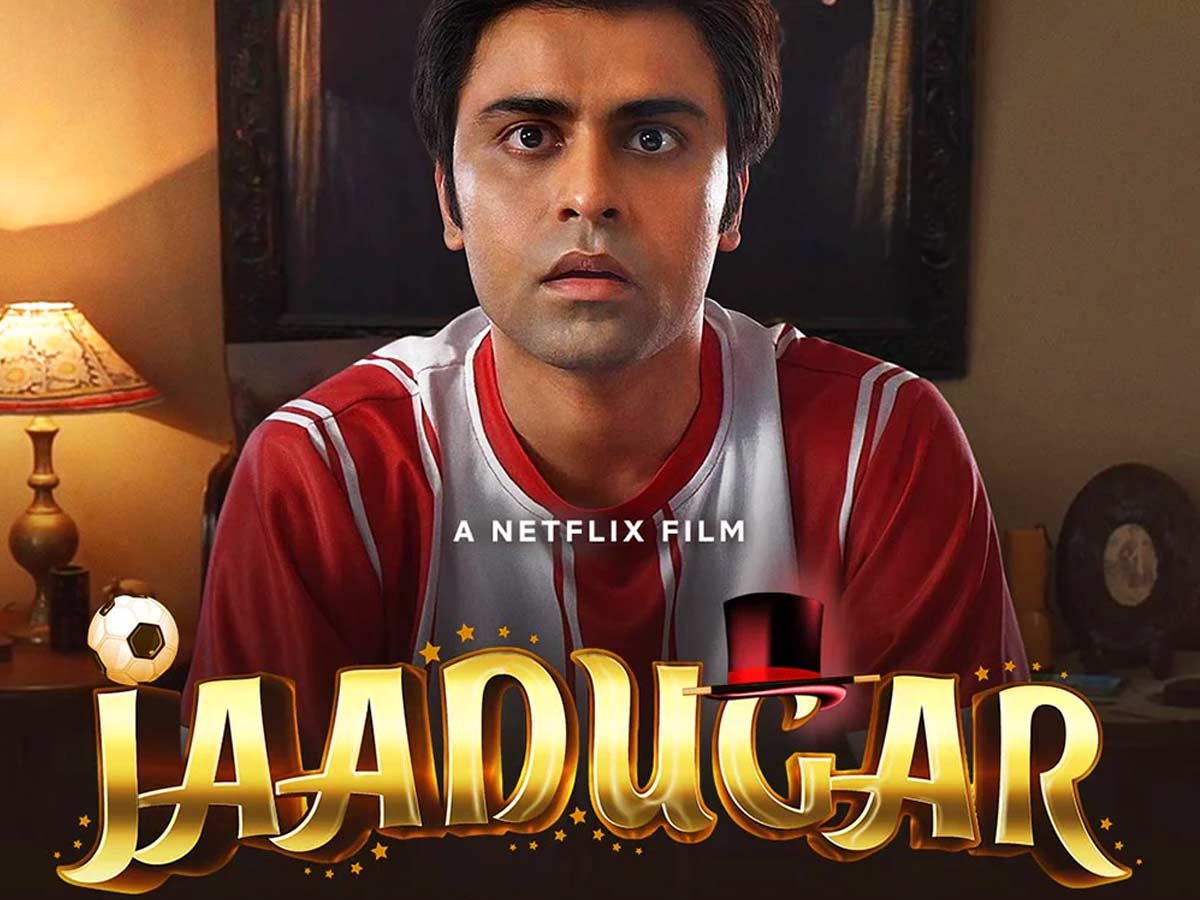 Jaadugar, Netflix India’s latest original film, is a truly perplexing film in any way you slice it. For starters, it’s the debut film from Posham Pa Pictures, the new production company founded by the original TVF gang. Following an internal reorganization, some of the key creative voices that helped shape TVF into what it is today left to form their own company.

Jaadugar is the first feature film from that new venture, directed by Sameer Saxena and written by Biswapati Sarkar. Biswapati Sarkar, Nidhi Bisht, Amit Golani, Sameer Saxena, and Saurabh Khanna – the familiar faces behind this film are the same core creative team behind TVF gems like Humorously Yours, Yeh Meri Family, Permanent Roommates, Tripling, and the first seasons of Kota Factory, Hostel Daze, and Kota Factory 2.

Despite being marketed as a light, feel-good coming-of-age romantic comedy with sports, Jaadugar works better as a mystery thriller.

And there are a few mysteries to solve here. First, how and why did these tried and tested talented storytellers make a film like this? What were their intentions? Then there’s the mystery of why anyone thought a slow-burn 3-hour light comedy on streaming would be a good idea. Or, perhaps the most perplexing of all, what exactly the plot is.

To eventually print a wedding card, it took three hours of “choose a card, any card, no not that card, oh wait, that’s a yellow card, no it’s a red card.” Basically, somewhere in the Posham Pa Pictures office, there’s a whiteboard with a Venn diagram with the words “football,” “stage magic,” and “love story” written on it, the random unlikely combination.

The story of Jaadugar takes place in the small town of Neemuch. In the film’s world, it’s a football-crazed community that produces the majority of national-level players. We’re told that some people believe it’s where Maradonna is secretly from. Meenu (Jitendra Kumar) was born into a football family. His late father, as well as his uncle Pradeep (a dependable but aimless Jaaved Jaaferi, here armed with an inexplicable stutter), were all football legends.

Naturally, Meenu feels enormous pressure to follow in their footsteps and join his uncle’s team in the local football tournament.

(Think of every iconic TVF young-person-forced-into-engineering story, but instead of engineering, it’s… football.) But Meenu isn’t having it. He despises the game and believes it costs him his father’s life. (It’s worth noting here that, contrary to popular belief, Meenu is a terrible player.)

Instead, as an amateur stage magician, his passions are performance and dazzlement. The film’s first act (which is also its most watchable) establishes a sweet, lovable world of humor and warmth.

I’m not sure when it happened, but somewhere along the way, it becomes clear that the film has no idea where it’s going. Or maybe it’s fine with the idea of it going everywhere. I was with it until it introduced Disha, the new pretty doctor in town who becomes Meenu’s love interest (a self-assured Arushi Sharma who refuses to be reduced to a narrative device).

I was with it until we realized (through a series of convoluted events that aren’t worth going into) that the only way for Meenu to be with Disha is if he wins the town football tournament.

It’s that crucial “oh, that’s the story, I get it now” moment. Even after that, Jaadugar can’t decide whether it’s a coming-of-age story about a selfish guy learning to put others first or a team movie about an unlikely group of underdog misfits coming together to realize what they’d been missing all along was each other. I believe? As I previously stated, this is a mystery thriller.

What is clear is that Jaadugar is, at its core, a love story that follows Meenu’s journey of how far he is willing to go for his love of Disha. But this is hollow movie love at its worst, with grand romantic gestures, multiple lip sync songs, and a tone that belongs in a bygone era. The kind where you want to commit suicide because you’ve heard so much “Sacha Pyaar” gyaan, such as “Love is magic,” “Pyaar jaadu hai,” and “jaadu mein pyaar hain,” among others.

The key figure responsible for tying the film’s many worlds together is Nilotpal Bora’s assault-on-the-senses score, which doesn’t so much heighten feeling as it does shove emotion down our throats. It’s the soundtrack equivalent of sitting next to that aunty in a movie theatre who inexplicably cry-laughs at every stale joke and bawls at the slightest mention of emotion as if her life depended on it, drowning out everything on screen.

Throughout the film, the “tear-jerker” dramatic scenes of various characters laying out their sob stories are particularly unbearable.

The key figure responsible for tying the film’s many worlds together is Nilotpal Bora’s assault-on-the-senses score, which doesn’t so much heighten feeling as it does shove emotion down our throats. It’s the soundtrack equivalent of sitting next to that aunty in a movie theatre who inexplicably cry-laughs at every stale joke and bawls at the slightest mention of emotion as if her life depended on it, drowning out everything on screen.

Throughout the film, the “tear-jerker” dramatic scenes of various characters laying out their sob stories are particularly unbearable.

What’s unfortunate is that there’s a lot of potential here: the wonderfully sweet world, the endearing middle-class-family humor, the fact that the other characters on the team are given actual attention and dimension (a hilarious Raj Qushal as Meenu’s leather-jacket-clad insurance agent friend, in particular). But it’s nearly impossible to hold onto any of those aspects amid such a laborious, aimless narrative.

A film that feels like watching a beloved stage magician break his act and jump from illusions to a Ted talk, do a stand-up routine, and finally to spoken word poetry. All the while, we’re exhausted and perplexed, wondering if he’s finally run out of tricks.