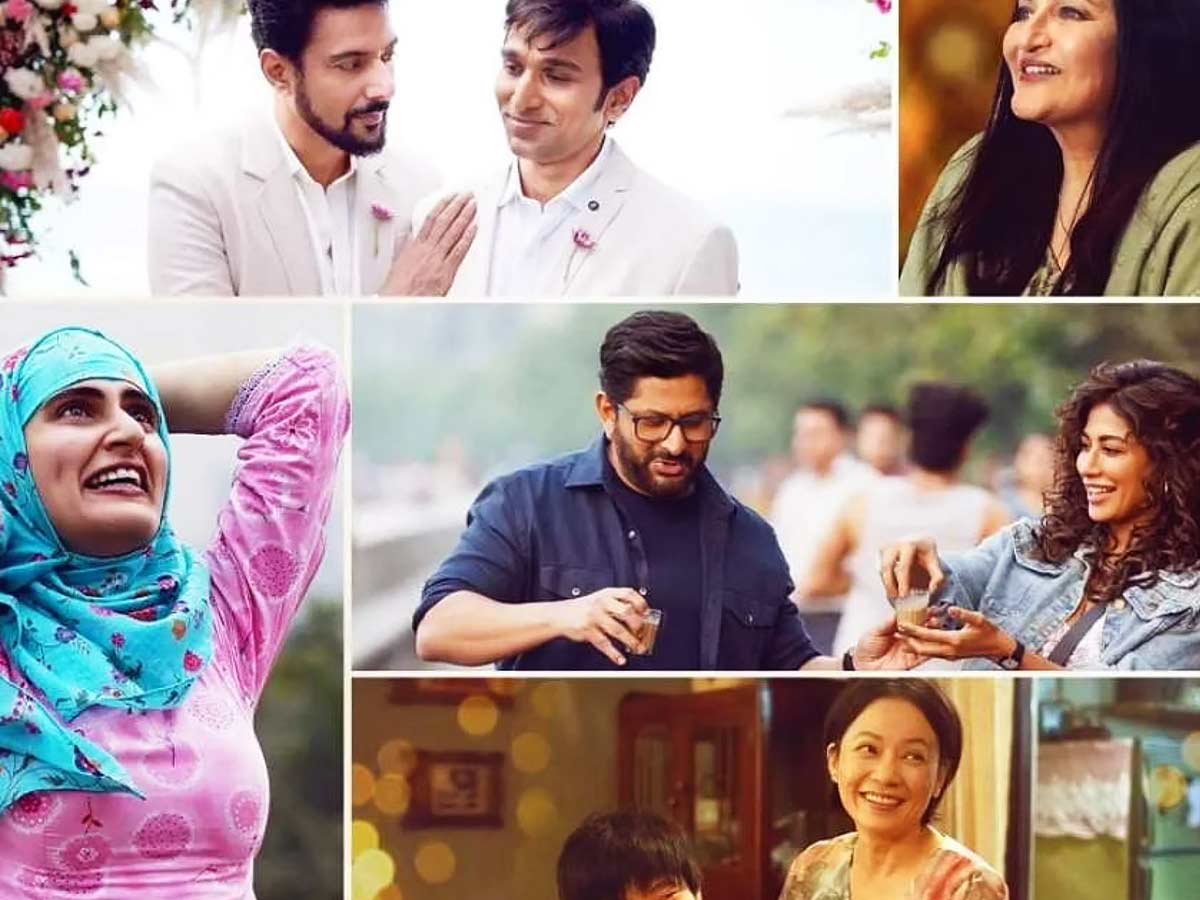 The phrase “the secret ingredient is love” is more than a cliché; it’s an embarrassment. It says a lot that this line appears in two unrelated stories in Modern Love Mumbai, a six-episode series based on the popular New York Times column. At least one of them, the otherwise endearing Mumbai Dragon, uses it casually, possibly in jest. Baai gets it right at the end, capping off a dramatic scene. “The secret ingredient is… coriander,” while not poetic, is preferable to making the viewer groan as someone dies.

Let’s begin at the beginning. Mumbai Dragon is perfectly pitched, delving into history, identity, and prejudice without appearing forced. It tells the story of Sui (Yeo Yann Yann), a third-generation Mumbaikar, as directed by Vishal Bhardwaj and co-written with Jyotsna Hariharan. Her grandfather immigrated from China and, according to a flashback, invented sweet corn soup. Sui used to sell dim sum at Nariman Point, and food has always helped them build bridges.

Let’s begin at the beginning. Mumbai Dragon is perfectly pitched, delving into history, identity, and prejudice without appearing forced.

Her grandfather immigrated from China and, according to a flashback, invented sweet corn soup. Sui used to sell dim sum at Nariman Point, and food has always helped them build bridges. When Sui’s son, aspiring singer Ming (Meiyang Chang), brings home his chatty girlfriend, Megha, it becomes a comic barrier (Wamiqa Gabbi). Sui is defensive and irritable because she doesn’t eat meat or even garlic. She vows not to speak Hindi again until Ming agrees to marry someone.

Yann, who you may recognize from the Singaporean films Ilo Ilo and Wet Season, gives a lovely sardonic performance in Bhardwaj’s film. Ming resists Sui’s emotional blackmail, but we can also see that he’s unable to disappoint her (Megha’s fridge is overflowing with Sui’s lunch boxes for her son), and that she’ll have to come around herself eventually. Tassaduq Hussain makes excellent use of small spaces. The linguistic exchange—an Indian Chinese woman speaking Hindi, a Punjabi man speaking Cantonese—is both Bhardwaj and Mumbai.

Another outstanding comic performance is inspired by the fear of abandonment. Fatima Sana Shaikh plays Lalzari, a Kashmiri woman living with her security guard husband, Lutfi (Bhupendra Jadawat), in a modest one-room that appears to be within shouting distance of Shah Rukh Khan’s house in Raat Rani (written by Nilesh Maniyar and John Belenager, directed by Shonali Bose).

When Lutfi leaves one morning and does not return, a distraught Lali sets out to find him. His absence forces her to grow: she repairs the house, learns to ride a bicycle, and begins selling kahwa.

Shaikh, like in some of her recent films, is the victim of injustice. But she’s been given the freedom to be desperate, silly, unsure, and funny. There’s a euphoric scene in which she’s riding her bicycle on the Worli Sea Link late at night, a ‘two-wheelers not allowed’ sign prompting her to launch into a litany of things she’s been denied in life. “And being happy is NOT ALLOWED when your husband leaves you,” she screams. But she’s got a big smile on her face.

The other four episodes are less successful for a variety of reasons, but one, in particular, stands out: they are heavy-handed.

The heaviest may be in Baai (written by Raghav Raj Kakker, Kashyap Kapoor, Ankur Pathak, and Hansal Mehta; directed by Mehta). Manzu (Pratik Gandhi) is a singer who comes out of the closet throughout the movie. The memory of the Bombay riots hangs over everything, evoked through a nifty action scene possibly inspired by the single-take from Children of Men.

Manzu’s grandmother (Tanuja), whose bravery saved the family during the riots and who is now dying without knowing that her beloved grandson is happily married, connects the two strands. Hansal Mehta has previously been a deft observer of spiky family dynamics and difficult romances; this, on the other hand, is laboured and rather sappy, taking in far too much for its 33-minute runtime, with achingly sensitive music poured over everything.

Also read : These Hindi Movies for Kids are Oscar Worthy

Even if they skip the opening credits, viewers may recognize My Beautiful Wrinkles as an Alankrita Shrivastava film, given her previous candid depictions of unlikely relationships. It’s a friendship, then a flirtation between a woman in her 60s (Sarika) and a much younger man (Danesh Razvi) in this case. There’s a teasing waltz that reminds me of ‘Yumeji’s Theme,’ but the film lacks the delicacy and wit that would lead to further comparisons to In The Mood for Love. I Love Thane (co-written with Nupur Pai) by Dhruv Sehgal examines modern dating through the largely unsuccessful efforts of landscape designer Saiba (Masaba Gupta).

As she texts and meets a series of unavailable or undesirable men, and finds herself drawn to a sincere architect (Ritwik Bhowmik), the film settles on a tame interpretation: that people on dating apps are mostly shallow and duplicitous, while those who aren’t (and live in’real’ neighbourhoods like Thane) are genuine. I’ll only say that the musical-style fantasy moments in Cutting Chai (written by Devika Bhagat, directed by Nupur Asthana) are a good try, and it’s always a pleasure to see Arshad Warsi (I like that the film gently suggests Chitrangda Singh is out of his league).

More than the plot, it is Fatima’s performance that propels this segment forward. She is both flower and fire under Shonali’s supervision. Her diction, body language, and facial expressions work so well together that it’s difficult not to root for Lali.