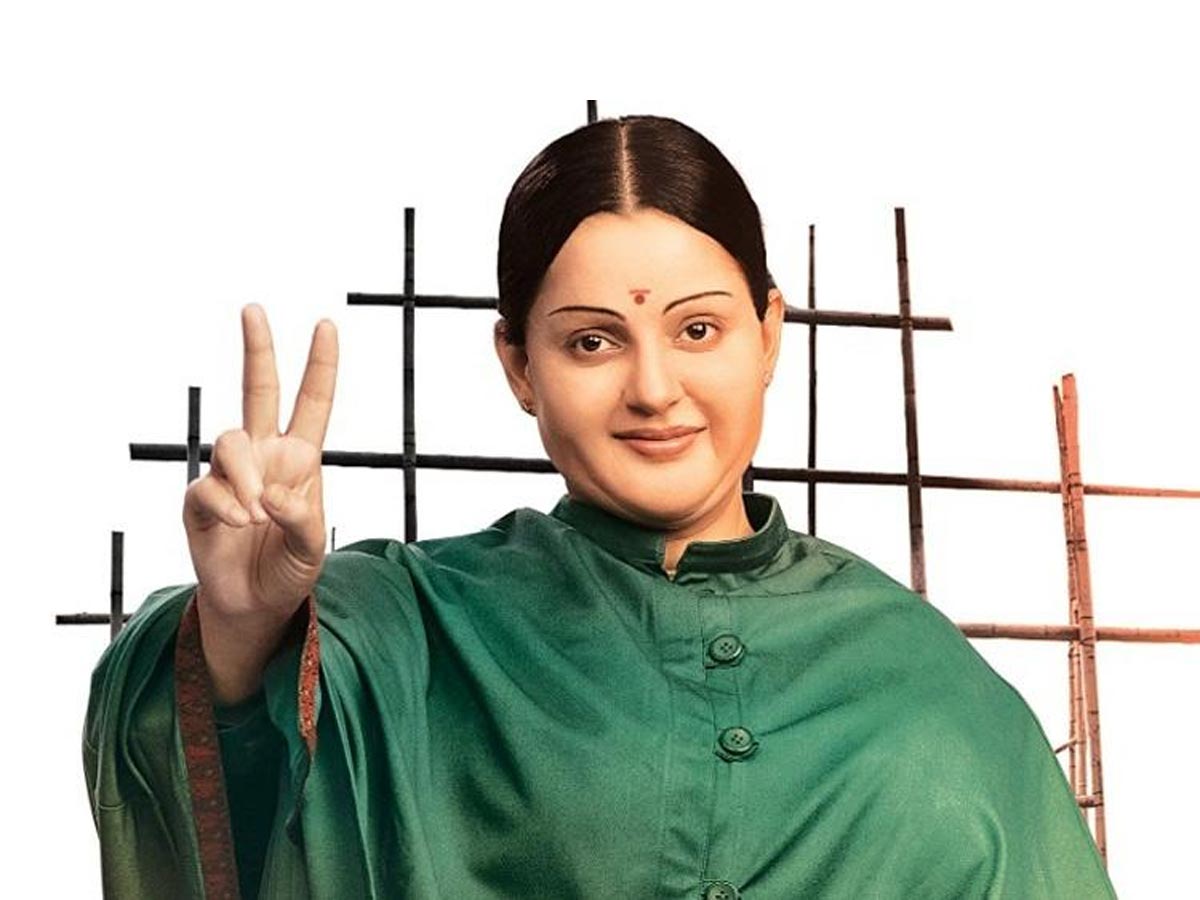 Thalaivi is an Indian biographical drama film based on the life of Indian actress and politician J Jayalalithaa. The film has been produced by Vishnu Vardhan Induri and Shailesh R Singh and directed by AL Vijay. The 2021 film stars Kangana Ranaut as Jayalalithaa and Arvind Swamy as MG Ramachandran. It was shot simultaneously in Hindi and Tamil. KJ Vijayendra Prasad and Madhan Karky wrote the script for Tamil, whereas Rajat Arora wrote the script for Hindi. Music for the film has been given by GC Prakash Kumar.

The much-awaited release of the film happened on September 2021. While it was scheduled to hit the screens much earlier, the release was postponed because of Covid-19.

The film was launched officially on Jayalalithaa’s birth anniversary on 24 February 2019. Earlier, the film was planned to release in Hindi as Jaya, but the makers later released it as Thalaivi in all the three languages. The shooting for the film began on November 10, 2019, and completed the next year in December.

The film has been made with a budget of Rs. 100 crores and has grossed over Rs. 4.75 crore till now. This showed that the makers did not get the response they were expecting from the audience. The revenue of the film was also hit because of the Covid-19 situation. While the film received mixed response from the audience, it failed to impress the critics. However, Arvind Swamy and Kangana earned huge praise for their acting in the film.

In the opening shot, Jaya (Kangana) is seen entering the state’s political session where the Chief Minister of the State (Nasser) is presenting the budget. She interrupts the CM while seeking an explanation on the corruption charges levelled against her and questions the authorities while mentioning that her phone is being tapped. While defending MGR (Swamy) and hailing his works for the people, Jaya asks Nasser to resign. The atmosphere at the session soon turned chaotic, with opposition leaders questioning Jaya’s relationship with Jaya. This is when Jaya returns to the assembly as the chief minister of the state. She says she was treated like ‘Draupadi’ from Mahabharat at the session.

What follows is an expected flashback where Jaya is a budding actress, filming songs at AVM Studios. The flashback is set in 1965. The film covers various controversies in the lives of MGR and Jaya.

What Critics Think About Thalaivi

While critics have been left impressed by Kangana’s and Swamy’s action, they don’t look impressed with the plot at all. The story of Jayalalita is surely interesting enough to be made into a movie. A rebel by heart, who set her own rules in the entertainment industry in a male-dominated industry and later rose to help in state politics. Not just that, Jayalalithaa was influential enough to play a role in the centre’s politics. Therefore, the announcement of her biopic after her demise in 2016 didn’t come as a surprise.

The cast was interesting as well. Kangana remains in the news or other throughout the year and she is certainly one of the most versatile actresses in the industry. However, the Tamil audience is not as fond of Kangana and her inability to speak Tamil adds to the distraction. Gone are the days when people didn’t care about badly timed lip syncing. But it would be wrong to blame the actors for the film’s performance.

Critics have focused more on the writing and the direction part while identifying the loose ends. While the opening part of the film is impressive, the latter part is not as impressive. Some dialogues, like the one refer to Mahabharat, are really hard-hitting, but some others sound comical.

There’s too much exaggeration at some points. Telling about 20 years of someone’s life in mere 153 minutes is a daunting task, but with the stakes so high, critics certainly expected more from the makers. However, the names of other real-life characters, including key political figures from Jayalalithaa’s time, haven’t been altered, and this helps the audience in filling the gaps and connecting two different scenes.

Makers have tried too hard to portray Jayalalithaa as a larger-than-life figure and this makes the film look so artificial. However, some characters like Thambi Ramaiah, Jaya’s caretaker, have done well in adding new flavours to the film. Arvind Swamy’s portrayal of MGR appears to be falling flat frequently. The makers have tried to steer clear of political issues that can stir controversy. While most of the events told in the film are true, little has been done on the writing part. Portraying Jayalalithaa as a pious saint might not have been the aim of the makers, but they have done so up to some extent.