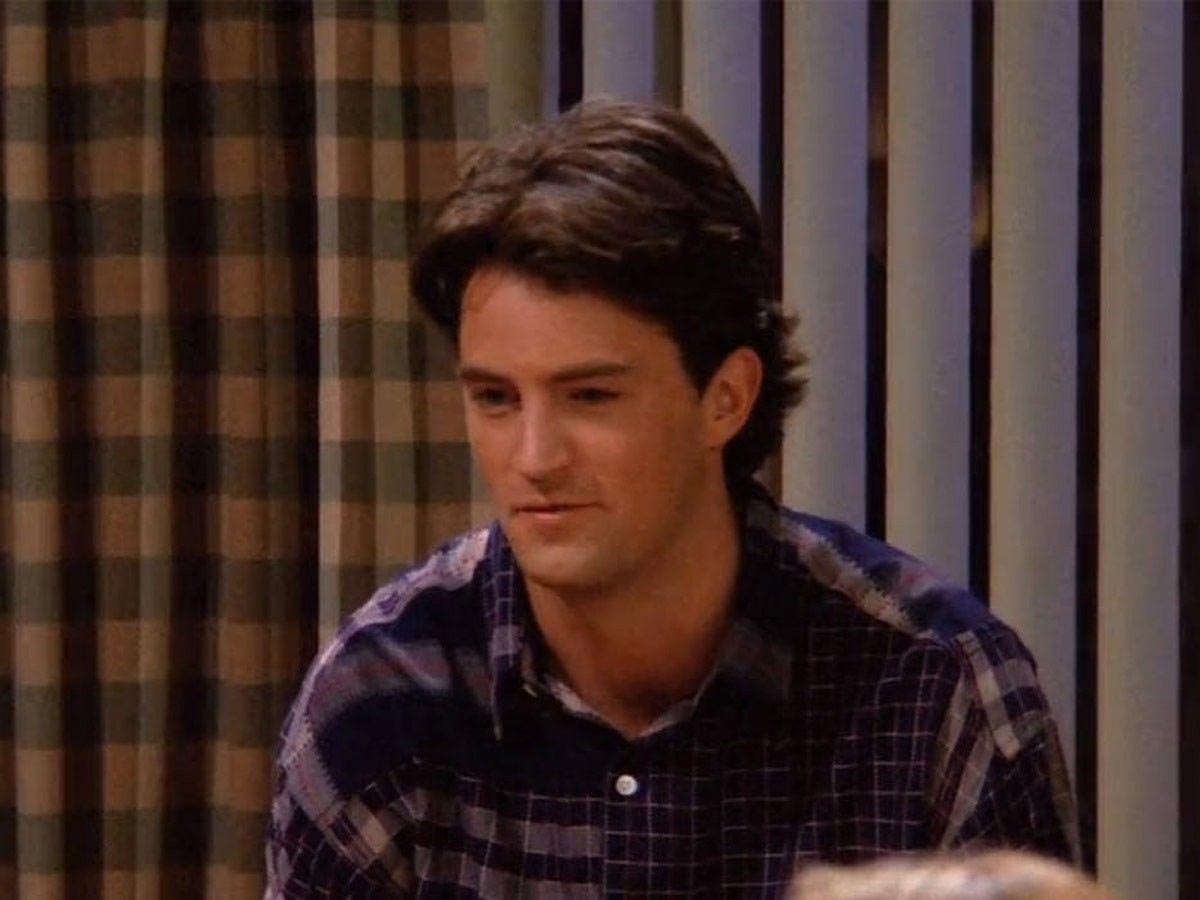 Chandler Muriel Bing is a fictional character played by Matthew Perry on the NBC sitcom Friends. Chandler was son to Nora Tyler Bing, an erotic romance novelist, and Charles Bing, a gay female impersonator who performed as Helena Handbasket in the Las Vegas drag show “Viva Las Gay-gas.” He has Scottish and Swedish ancestors. He is an only child from what appears to be a wealthy family. Chandler’s parents revealed their divorce to him over Thanksgiving dinner when he was nine years old, an incident that led to him refusing to celebrate the holiday as an adult and developing his infamous sense of humor as a defensive mechanism.

In season one, it is revealed that he attended an all-boys high school. 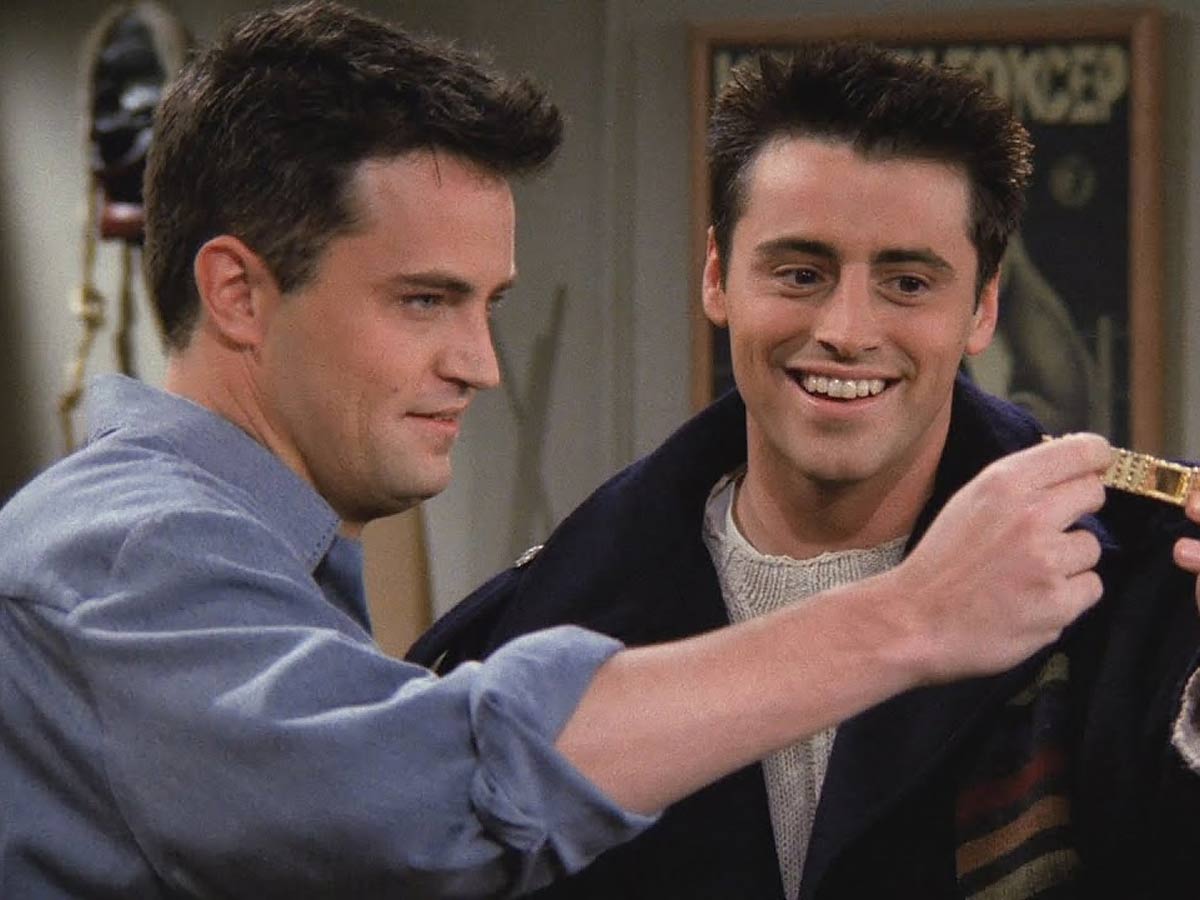 Joey Tribbiani, Chandler’s roommate, is his best friend. He previously shared an apartment with his close friend Ross Geller. While celebrating Thanksgiving at Ross’ parents’ home, he met Ross’s sister, Monica Geller, and her friend, Rachel Green. Chandler was the first to learn about Ross’ feelings for Rachel. He relocated to New York City, where he lives across Monica’s hall, and meets Phoebe Buffay through her. Chandler has a fantastic sense of humor and is known for his sarcasm. He credits his sarcasm to a defensive mechanism he formed as a child due to his parent’s divorce. 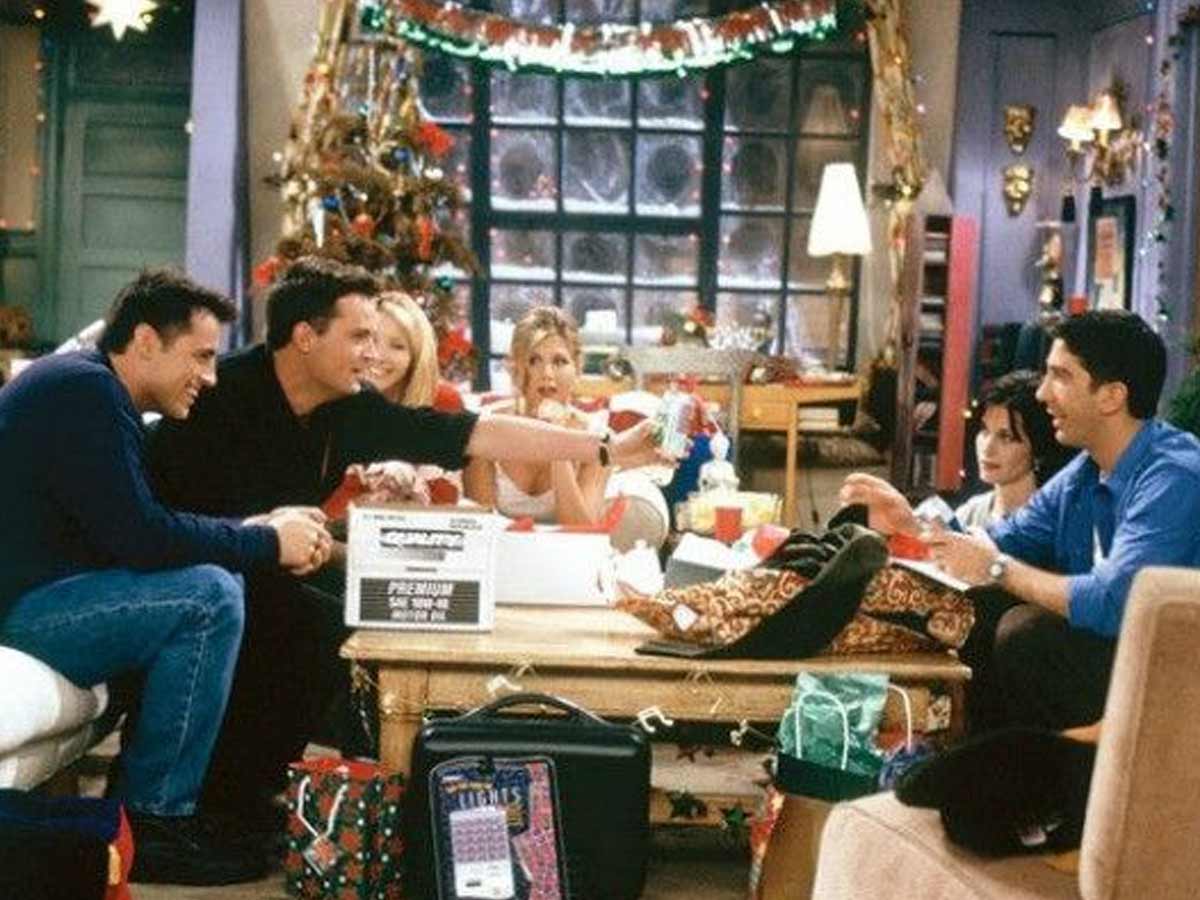 He is the highest-earning member of his circle of friends due to careful money management and having discovered the importance of money at a young age. He has commitment problems, but at the end of season 7, he marries Monica. He and Monica go on to foster twins in season ten. His birthday is celebrated on April 8th, despite the common belief that it is celebrated on April 24th.

Chandler specializes in ‘Statistical analysis and Data reconfiguration,’ which he despises despite the decent pay. 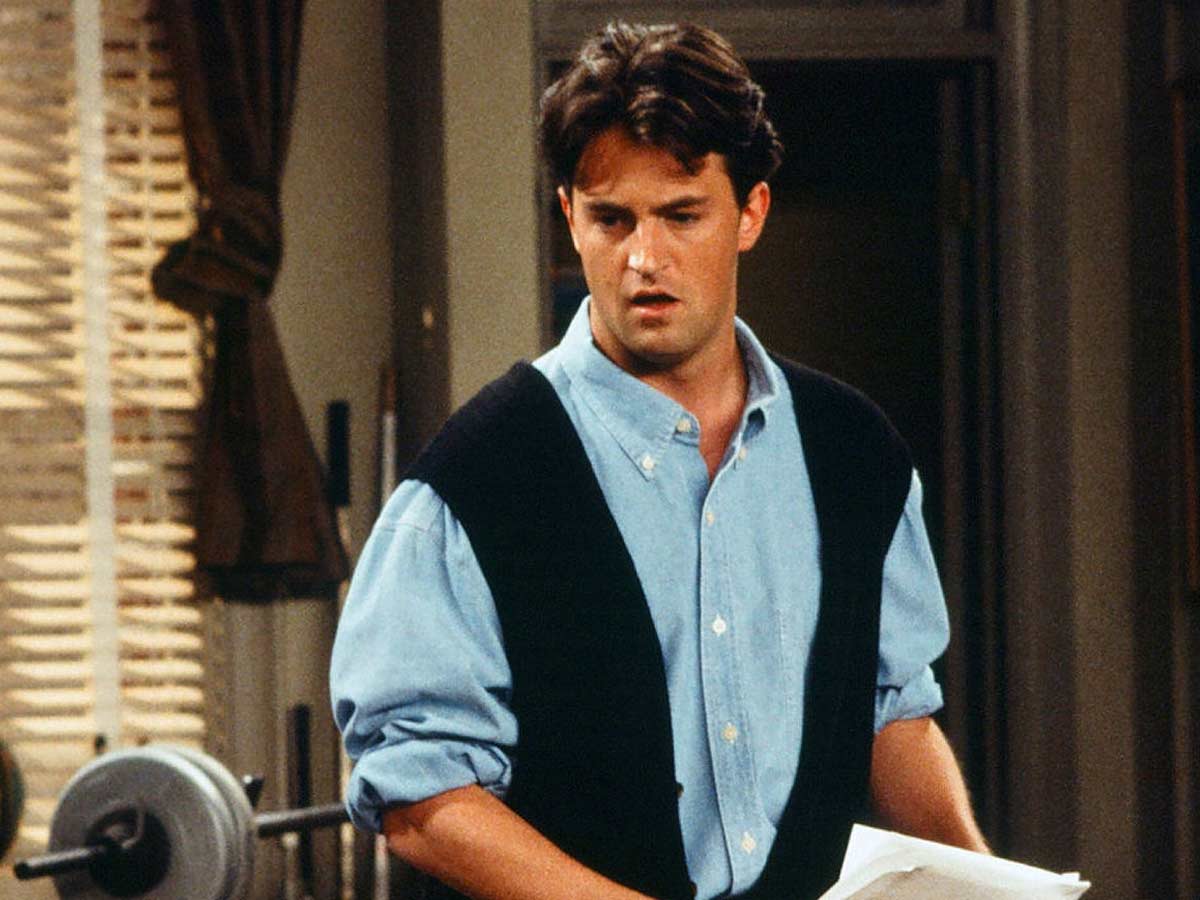 In college, Chandler was Ross Geller’s roommate. Chandler met his future wife Monica Geller during his freshman year of college while celebrating Thanksgiving with the Geller family. Chandler later moved to Apartment #19 Greenwich Village, Manhattan, on Monica’s recommendation, across Monica and her roommate Phoebe Buffay. Chandler becomes Joey Tribbiani’s best friend after he moves in with him.

Ross and Chandler have been best friends since they were roommates in college their freshman year. They used to be in the same band. When Chandler was dating Janice, Ross taught him “Hug and Roll.”

Chandler shared an apartment with Joey before moving in with Monica. As one of the few gathering places for the gang, Chandler and Joey’s apartment is a significant focal point for the season. The two develop a close and lasting relationship and find themselves in a variety of amusing circumstances. Joey’s sister Gina briefly shares her suspicion that Joey and Chandler were a gay couple in the sequel series Joey’s pilot episode. 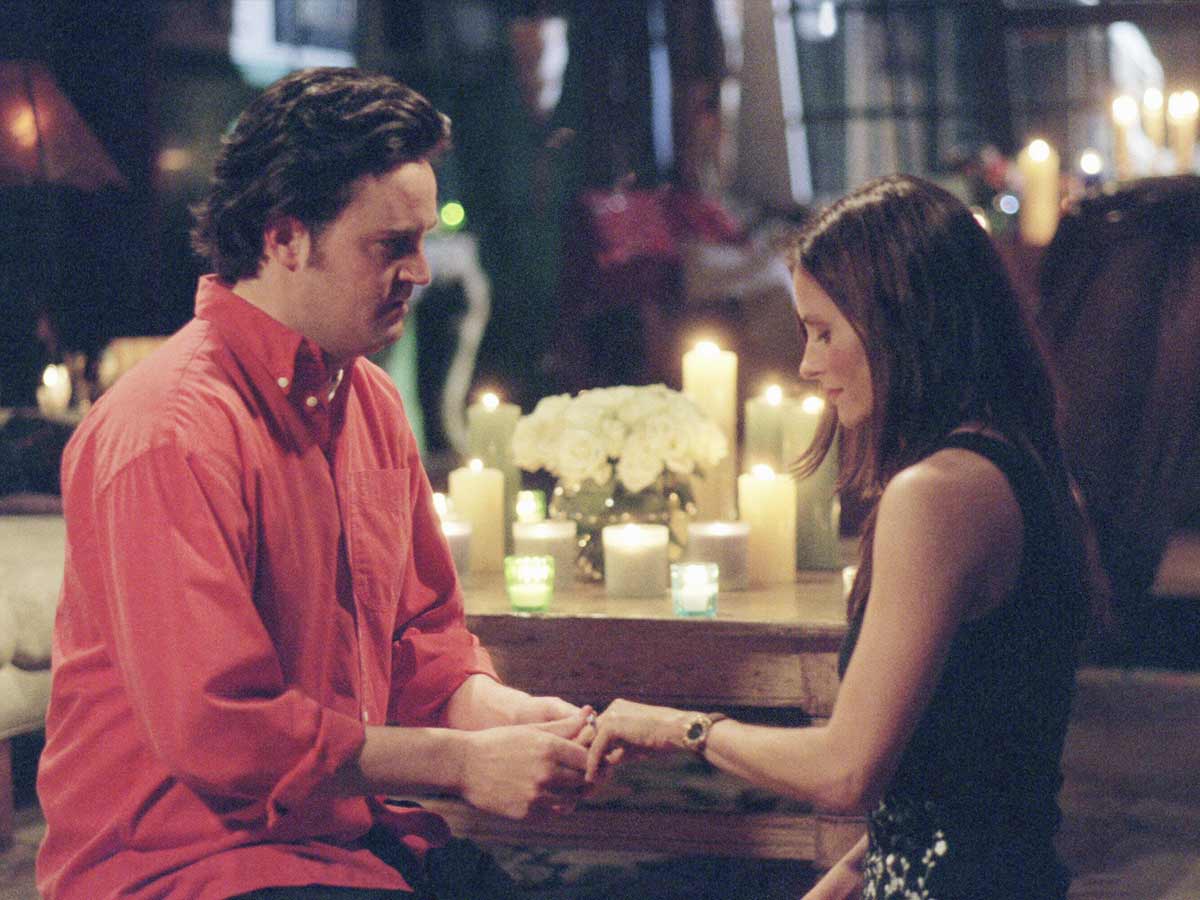 When Chandler meets Joey for the first time and interviews him for a roommate, the two get off to a bad start when Joey says he “is fine with the gay thing” (Joey assuming that Chandler is gay). After their unusual neighbor Mr. Heckles (Larry Hankin), informs Eric that he is Chandler’s new roommate and can open Chandler’s unlocked door, Eric leaves. Chandler believes Eric simply did not show up, so he hands the keys over to Joey, who quickly learns that they share many passions, including a love of Baywatch and beer.

Chandler often shows his support for Joey in the film, paying the rent, paying for Joey’s headshots, purchasing most of the food, and even giving Joey money for his various dates. Chandler reveals that even though he buys a new house for his family, he will have a ‘Joey spot’ for him.

The two have a healthy relationship: Joey regards Chandler as his analytical superior, while Chandler regards Joey as his more optimistic counterpart, particularly when it comes to romance, and Chandler often seeks Joey’s advice on how to date women.

Chandler and Rachel didn’t like each other at first, but they grew to be good friends. Rachel struggles to grasp Chandler’s sarcasm early on in the season. She struggles to appreciate his sense of humor later on, as she admits in the final episode. Chandler and Rachel steal and distribute the cheesecake that belonged to their downstairs neighbor in “The One with All the Cheesecakes.” Rachel, who works for Ralph Lauren, also assists Chandler in picking his wedding suit. Rachel also arranges for Chandler to meet with Joanna, her boss (Alison LaPlaca). 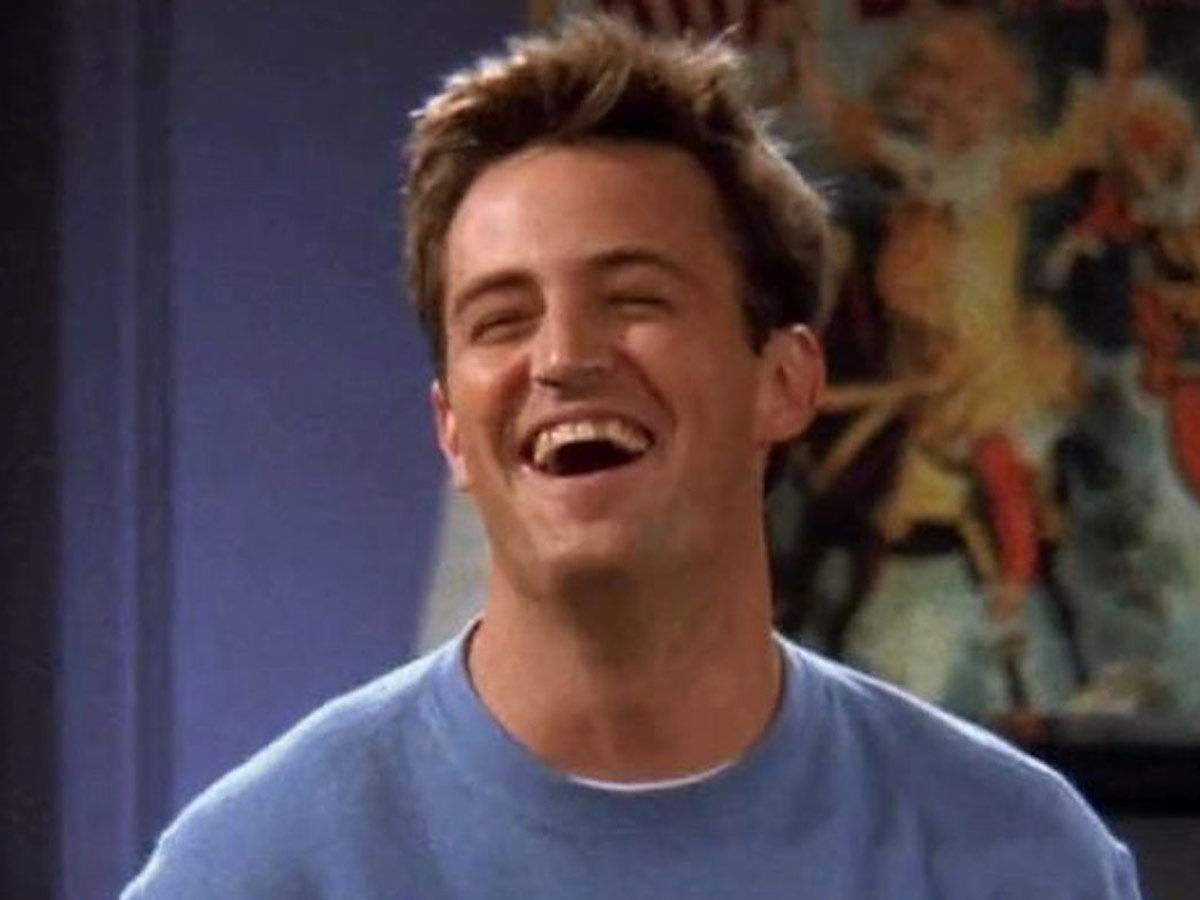 Aside from a flashback to when they made out in college, Rachel and Chandler never have romantic relationships. Rachel is briefly seen fantasizing about Chandler at the end of “The One with the Flashback.”

Chandler and Phoebe get along swimmingly. Although Phoebe constantly mocks Chandler, the two can be silly and have a good time together. Phoebe and Chandler play hide and seek in “The One with the Metaphorical Tunnel.” They even play games like dreaming up superhero names and reclining like cowboys in the Barcaloungers. When Chandler is heartbroken after a breakup with his on-again, off-again girlfriend Janice, they perform a duet of “Endless Love” at the closure of one episode.

She tries to fool him into thinking she likes him in “The One Where Everybody Finds Out,” but Monica assures him that Phoebe finds him attractive in a “sexless” way, meaning that any signs of romance are a joke. After an argument with the party about Chandler’s smoking in “The One with the Thumb,” Phoebe is the one who convinces him to leave. He’s about to leave the apartment when she offers him $7,000 to promise that he’ll never smoke again.

Chandler is a brash, zany young man who is estranged from both his parents.

He has commitment problems due to growing up in a broken family with no idea what a happy marriage looks like, and he can be neurotic and defensive, using humor as a protection mechanism. Chandler also associates everything related to his parents’ divorce with a negative connotation, especially Thanksgiving, when his parents announce their divorce over a turkey and his father plots to flee with the busboy. 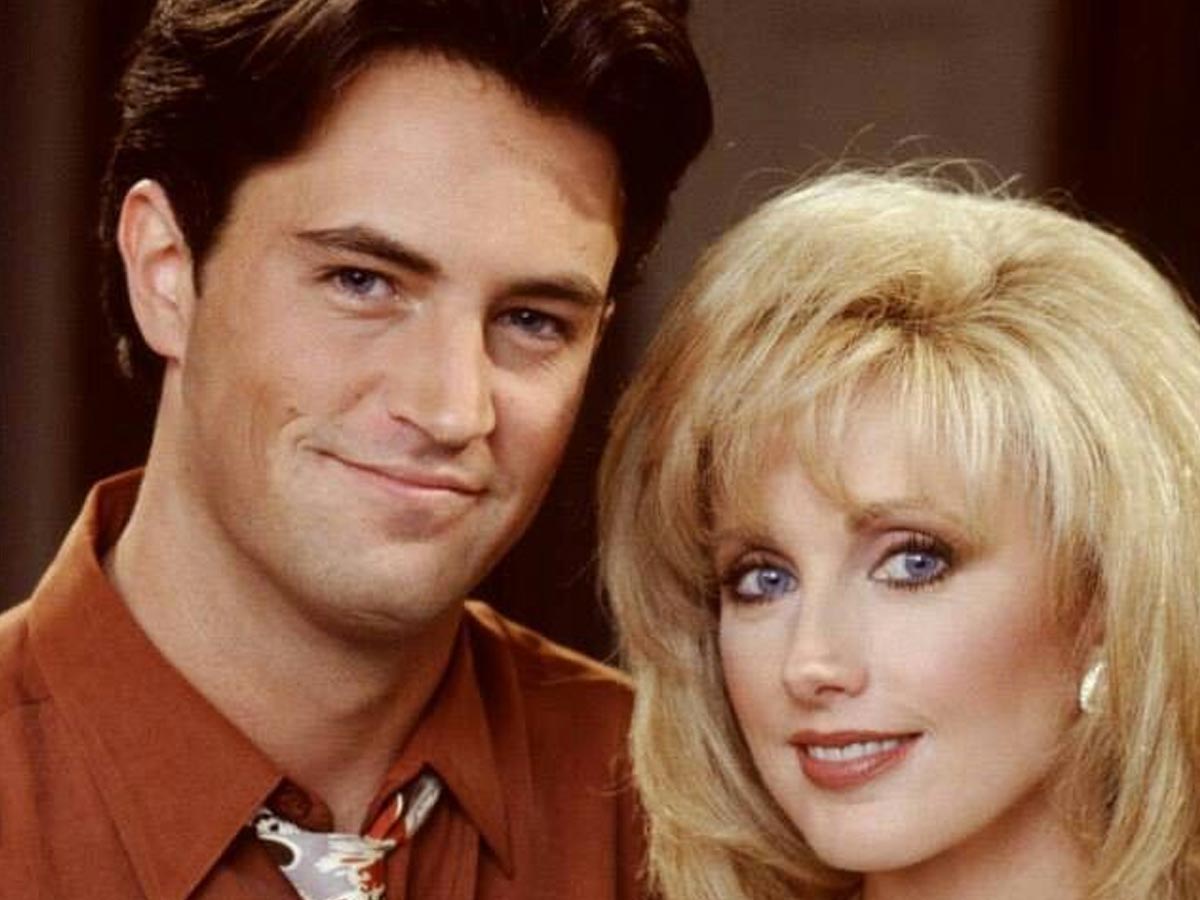