Home Society Philosophy Existentialism: Learn why do you Even Exist? 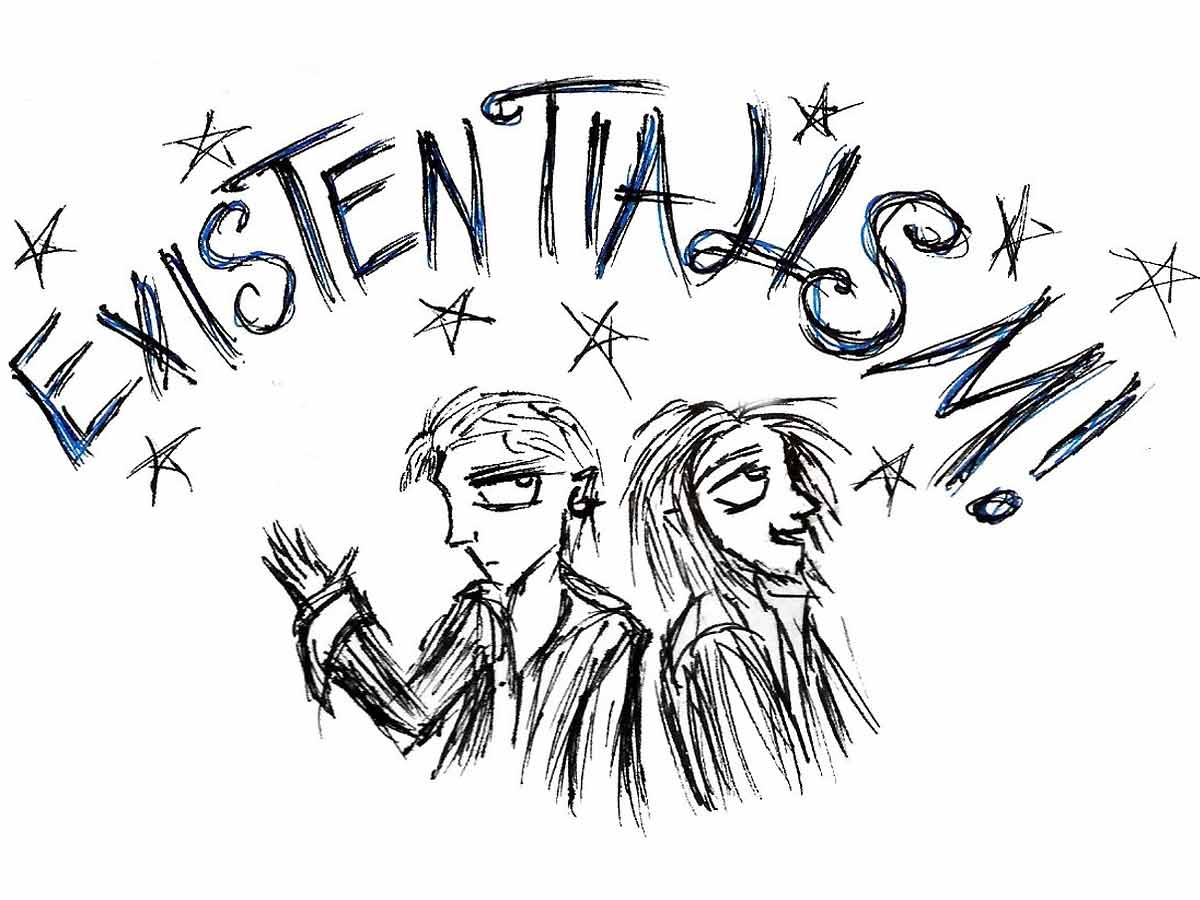 Existence and its meaning can be viewed in a variety of ways. Existentialism, as a philosophical movement, can be traced back to the mid-nineteenth century, peaking in the twentieth. The movement’s origins can be traced back to the question of meaning of one’s life. It questions the purpose of living and claims that there is no explanation at the heart of existence. A search for the fundamental meaning of reality in life and the reason why we exist as individuals.

While other philosophical schools of thought seek order in the principles and structures of the world, Existentialism dismisses them as superficial and academic, and speaks of embracing the nothingness of life rather than trying to create meaning by looking for purpose that does not exist in the first place.

The term “existentialism” (French: L’existentialisme) was coined in the 1940s by the French Catholic philosopher Gabriel Marcel to describe the works of Jean Paul Sartre, who initially rejected the label of him being an existential writer. The term, however, can be traced back to the works of Danish philosopher Soren Kierkegaard and German philosopher Friedrich Nietzsche, both of whom did not use the term to describe their works. Other existentialism thinkers include Georg Wilhelm Friedrich Hegel, Arthur Schopenhauer, Max Stirner, Karl Jaspers, Edmund Husserl, and writers such as Fyodor Dostoevsky of Russia and Franz Kafka of Czechoslovakia.

All of these writers had a significant influence on Existentialism in the mid-nineteenth century, while French existentialists such as Jean-Paul Sartre, Albert Camus, Maurice Merleau-Ponty, and Simone de Beauvoir popularised the philosophy even more in the mid-twentieth century by incorporating elements of dread, boredom, alienation, the absurd, freedom, commitment, and nothingness. Jean-Paul Sartre is one of the most well-known of them all because he was one of the few who accepted the label of being an existentialist later in life. His novels and plays, as well as Albert Camus’ “Myth of Sisyphus,” based on the Greek myth that exemplified the question of existence, helped popularise the movement.

While the conclusive statements of both schools of thought are different, they are both derived from the human experience of angst and the search for value, meaning, and purpose in existence and in life. While existentialism asks you to derive your own meaning and purpose from this life, and Nihilism asks you to completely abandon any hope of ever finding any purpose, Absurdism finds a middle ground by accepting the meaninglessness of life, knowing there is no hope, but also not abandoning life, living day to day.

Absurdism is the conscious truth of a person realising that his life has no purpose and that his illusions about things distracting him are shattered. It is a hazy concept; it believes that meaning can be found in existence but that it is not always present; it is usually created by self and, if not created, it can still be found in things or people around us, such as family; and often, the pursuit of finding a purpose becomes the meaning of an individual’s life.

Absurdism originated from Soren Kierkegaard, a 19th century Danish philosopher and was then developed and expounded upon by Albert Camus through all of his major works in the 20th Century; the most renowned of which was The Myth of Sisyphus where Sisyphus, as a punishment, is sentenced to carry a rock up a hill everyday only for it to roll down and for him to repeat the process and do push it up all over again. Sisyphus recognizes the absurdity of this task but decides to be happy with it. It is a choice he makes. It is a purpose he assigns to himself.

Angst in the context of existentialism is often referred to as existential dread, anguish and inner turmoil. It explains the confusion. Insecurity or anxiety comes as a result of the uncertainty of life. We never know what our future is going to look like and we dread that it’s not going to look as we wish it to look. The use of the term existential angst also is attributed to Soren Kierkegaard. He said that humans are faced with choices and they know that these choices will define their future and the consequences of these choices will have to be borne by them.

These moments of making a choice is when an individual faces fear (or sometimes excitement). This feeling is often called angst. The anxiety of the understanding that having freedom comes with consequences fill one up with fear and thus sets in the dread.

Absurdism, Angst, Nihilism, etc. can all be said to be branches of Existentialism. We are all trying to survive day by day, working tirelessly for a future we are not even sure we will have. But we do survive by giving ourselves purpose, giving ourselves a distraction from the abyss or the void we are afraid to dive into. While most of us latch onto faith and morality the rest of us rely on our jobs, relationships.

We are all in our own way either accepting or escaping till we reach death. Everyday we face angst and dilemma without even realizing it. We choose our jobs, careers, subjects and life paths and we yearn that we won’t be held accountable for the choices we make or the decisions we take. We are all afraid that our choices will not prove to be the right ones.

Thus, we have families, faith and money. All that’s important to help us survive and create purpose. Some people have other things to help them. Some create purpose through validation from others on social media, creating purpose through being rich enough to buy all that they wished for as kids and some others create purpose by finding new relationships. Ultimately, the world or the entire universe boils down to all we can make of it.