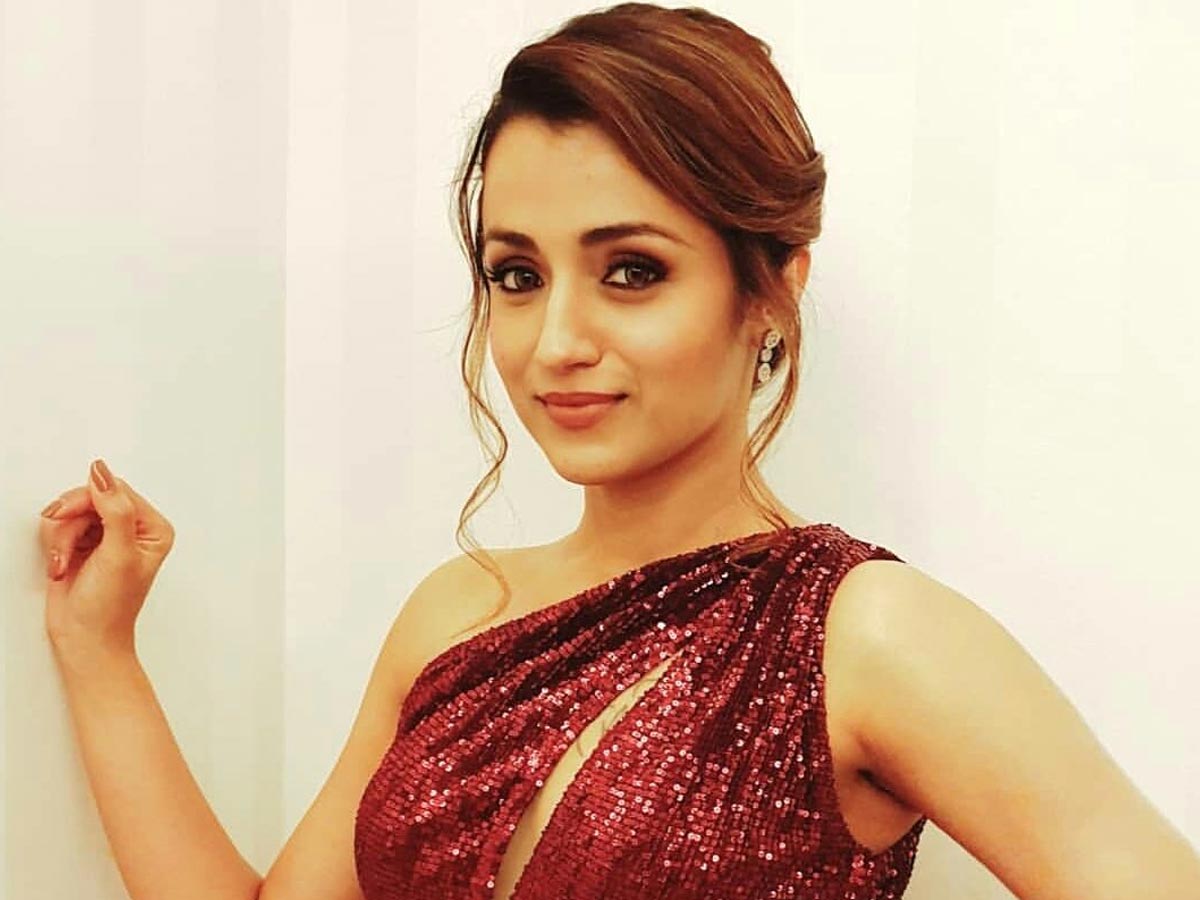 Trisha Krishnan was born on 4th May 1983 in Madras, Tamil Nadu, India. She is professionally known as Trisha, is an Indian film actress and model who predominantly works in South Indian cinema. She began and grew to notoriety as a model before transitioning into acting after appearing in an uncredited role in the 1999 Tamil film Jodi. Trisha has appeared in over 65 films since then, spanning the country’s major film sectors.

Some of the actress’s most famous roles have been in the Tamil films Ghilli, Something Something Unnakum Ennakum, Abhiyum Naanum, the love story Vinnaithaandi Varuvaayaa, and the Malayalam comic Hey Jude. Trisha is also a two-time Filmfare Award (South) winner for Best Actress. Her performance in Abhiyum Naanum got her a Special Mention at the 2008 Tamil Nadu State Film Awards.

Here is the list of Trisha Krishnan Movies that you can watch both in Telegu and its dubbed version in Hindi. 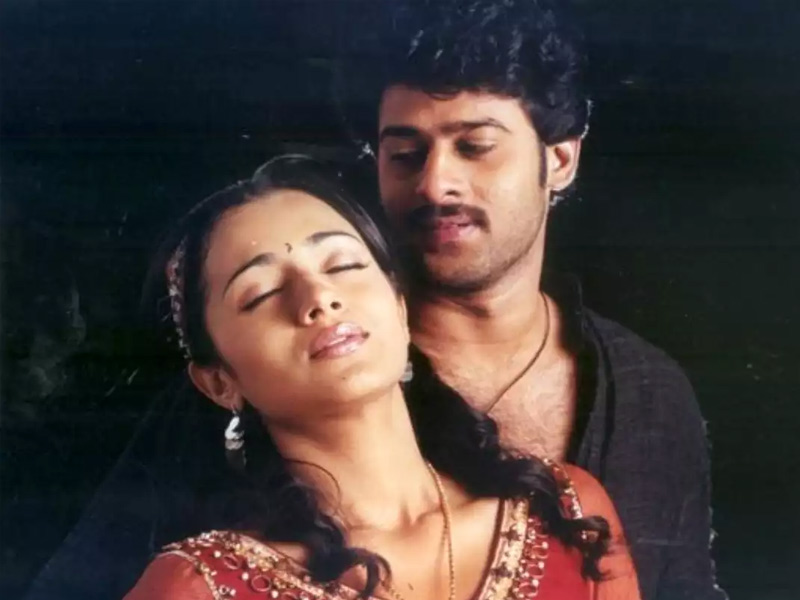 Prabhu Deva directed Pournami (2006), a Telugu drama and mystery film. Trisha Krishnan, Prabhas, Charmy, Rahul Dev, and Sindhu Tolani appeared in it. Despite the large cast, the picture failed to perform well at the box office. The Hindi title for the film is ‘Tridev – Pyaar Ki Jung.’

Plot: A young woman who has been training for a ceremonial dance mysteriously vanishes. A stranger from the woman’s past arrives in town and promises to teach the dance to her younger sister.

Also Read, The Best Movies of Nayanthara, According to IMDb 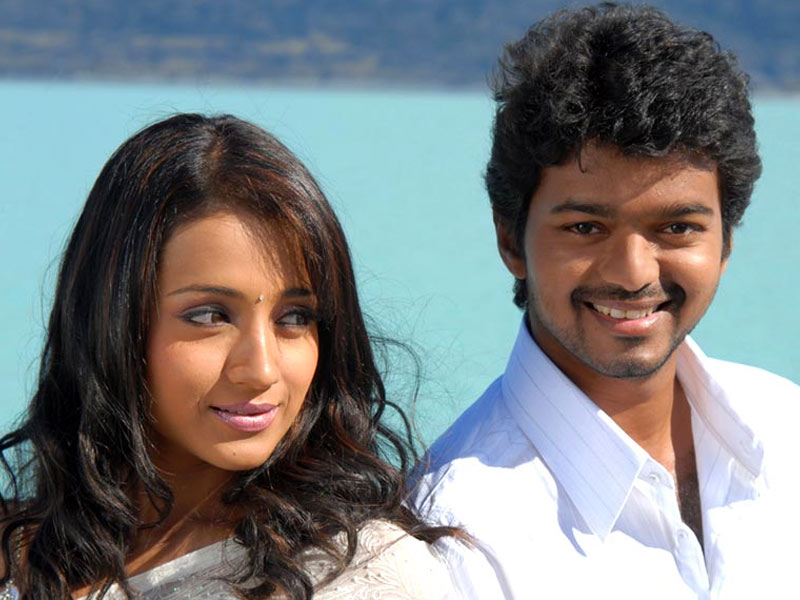 Dharani wrote and directed the Tamil action film Kuruvi (2008). Vijay, Trisha, and Suman play the lead roles in the film. Vivek, Ashish, and Malavika also appeared in the film. This was a mediocre film that was remade in Hindi as ‘Jo Jeeta Wohi Baazigar.’

Plot: A son sets out to find the individual guilty of his father’s disappearance, linked to the theft of a diamond. He eventually snatches the villain’s gem and flees with his sister. 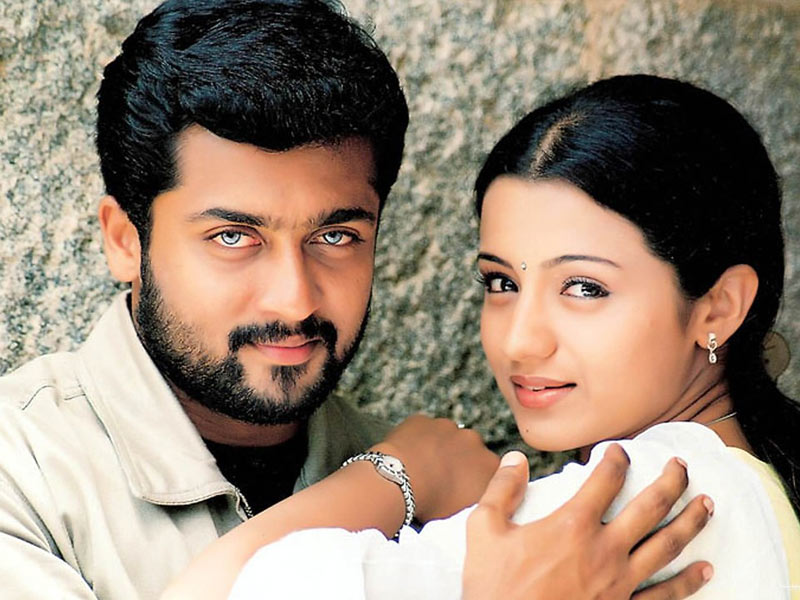 Ameer Sultan wrote and directed the Tamil-language romantic comedy film Mounam Pesiyadhe (2002). Suriya and Trisha play the leads, with Nandha and Anju Mahendra playing supporting roles. The film was a box office success and was remade in Hindi as ‘Ghatak Returns.’

Plot: Unlike his friend Kannan, Gautham does not believe in romantic flirtation. Gautham eventually falls for Sandhya, Kannan’s cousin, and the girl, Kannan’s parents, want him to marry. 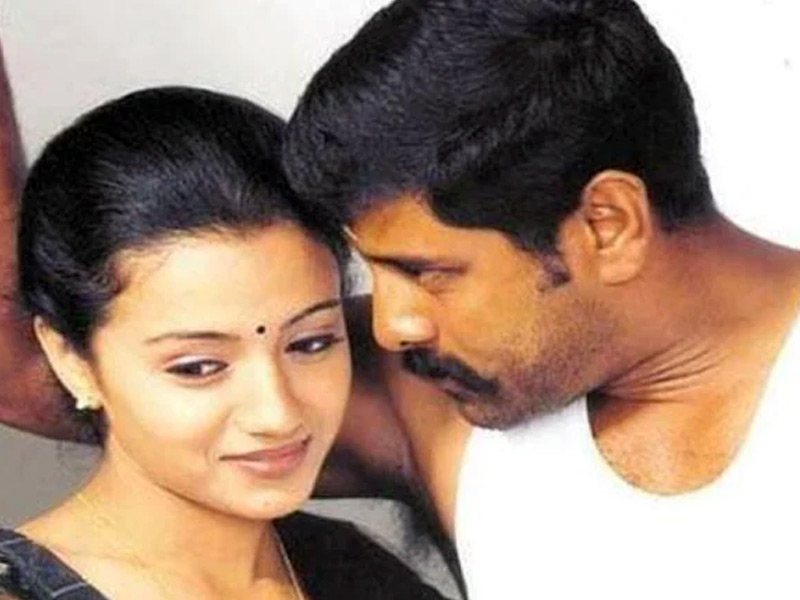 Hari wrote and directed the Indian Tamil action film Saamy (2003). Vikram, Trisha, and Kota Srinivasa Rao feature in the lead roles. The film was a box office triumph, and it was adapted in Hindi as ‘Policewala Gunda 3’.

Plot: Aarusaamy is a cop who believes in keeping the peace at any costs, including accepting bribes from the largest goon, Perumal. However, circumstances force him to cross Perumal’s line. 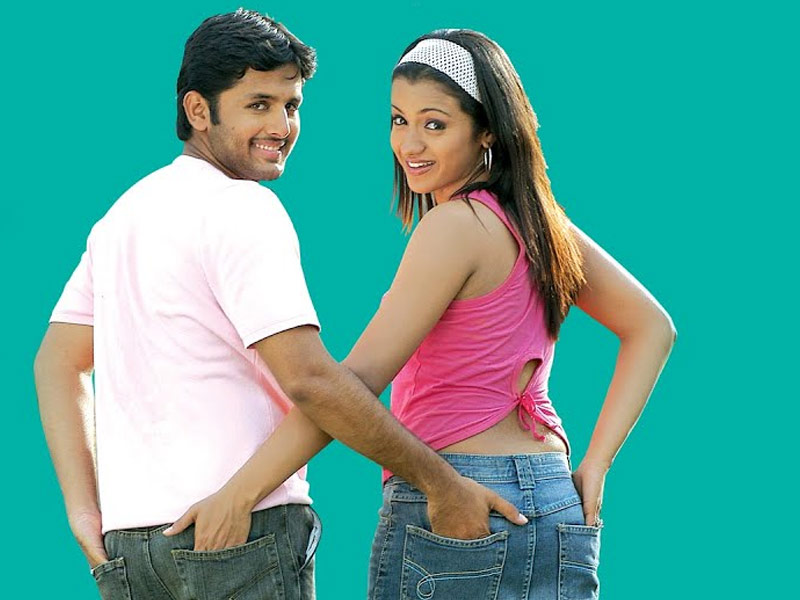 K. Raghavendra Rao directed the Telugu comedy-romance film Allari Bullodu (2005). Nitin, Trisha, and Rathi star in the film. The film was mediocre, and it was dubbed in Hindi as ‘Mawali Ek Play Boy.’

Plot: After a wealthy businessman is killed in an accident, his daughter, Trisha, inherits his company. Trisha’s abilities are put to the test. She is tasked with identifying the imposter plotting to destroy her father’s firm. 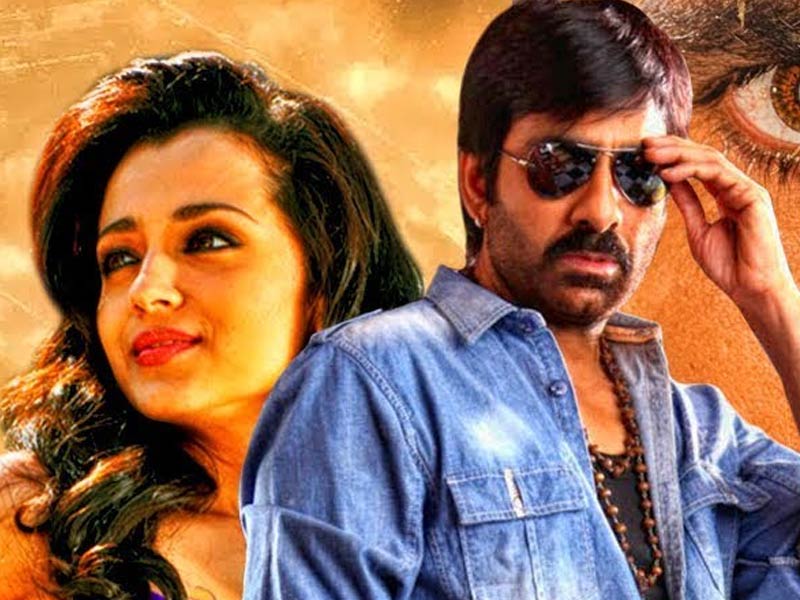 Krishna (2008) is a Telugu love-action comedy movie directed and produced by V. V. Vinayak and starring Ravi Teja and Trisha Krishnan. It was a smash hit and was dubbed into Hindi as ‘Krishna: The Power of Earth.’

Plot: Krishna is a good-hearted man who turns down a great employment offer to help a needy friend. After a few difficulties, he falls in love with a don’s sister. The couple is soon caught up in a gang war of sorts. 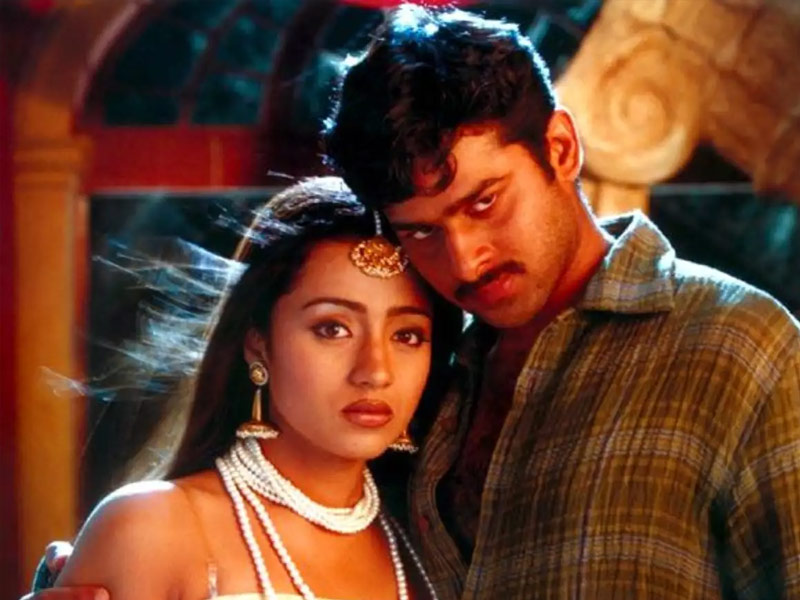 Sobhan directed Varsham (2004), a Tollywood romantic action film. The film was a success, dubbed in Hindi as ‘Baarish-The Season Of Love.’ The main characters were performed by Prabhas, Trisha Krishnan, and Gopichand.

Plot: In the film, a guy and a lady run into each other every time it rains and eventually fall in love. The woman’s father creates misunderstandings between them to marry her off to a man he prefers. 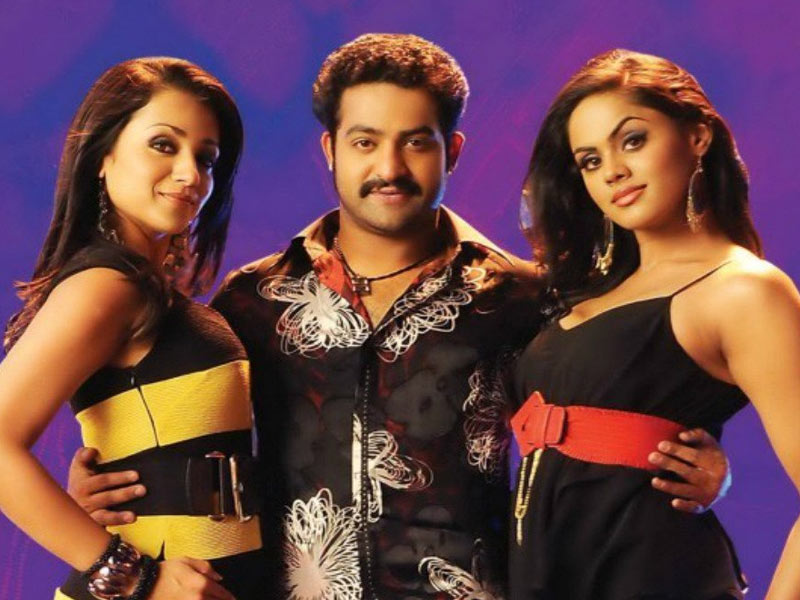 Dammu (2012) is a Telugu action comedy movie featuring Jr. NTR, Trisha Krishnan, Karthika Nair, Bhanupriya, Kota Srinivasa Rao, and Venu Thottempudi. The film was a flop at the box office and was dubbed in Hindi as ‘Dhammu.’

Plot: An orphan is adopted by a wealthy and powerful family yearning for an heir. However, the family has a dark, violent history resulting from a feud with another rival family. What will he do when his village’s fate is in his hands? 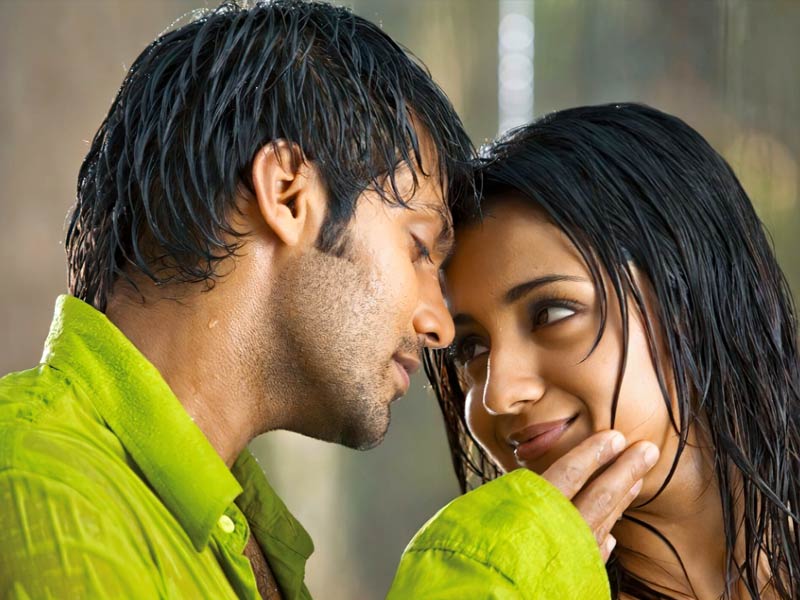 Vishnuvardhan co-wrote and directed the Indian Tamil romantic thriller film Sarvam (2009). It stars Arya and Trisha Krishnan in the lead roles, with J. D. Chakravarthy and Indrajith providing key supporting performances. The film did poorly at the box office and was remade in Hindi as ‘Wardaat – The Revenge.’

Plot: Karthik, a civil engineer, falls completely in love with Sandhya, a doctor for children. Eeshwar has pledged to kill Naushad’s son in retaliation for the deaths of his wife and son in a car accident.

Also Read, The Beautiful Movies of the Stunning Kajal Aggarwal 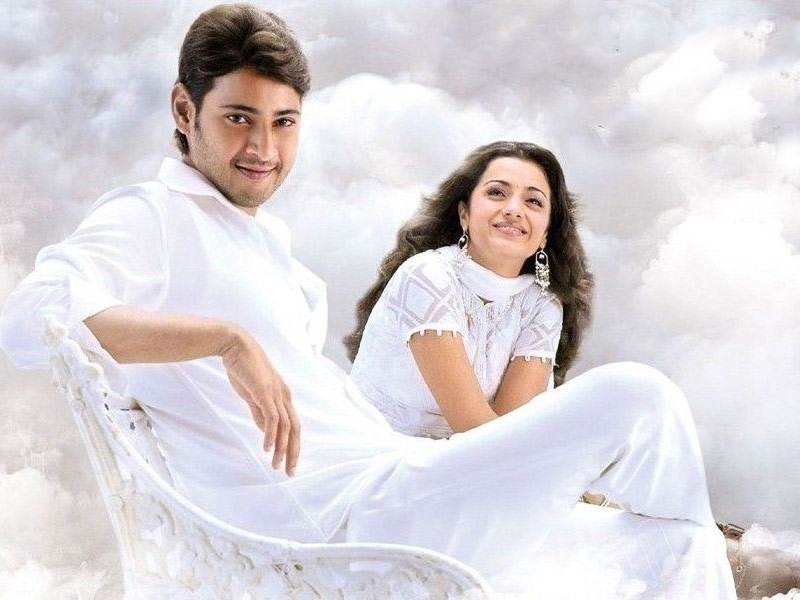 Plot: Siddharth works hard to assist flood victims and prevents relief supplies from falling into the wrong hands. This sparks a conflict between him and a corrupt politician, which leads to a series of twists and turns.