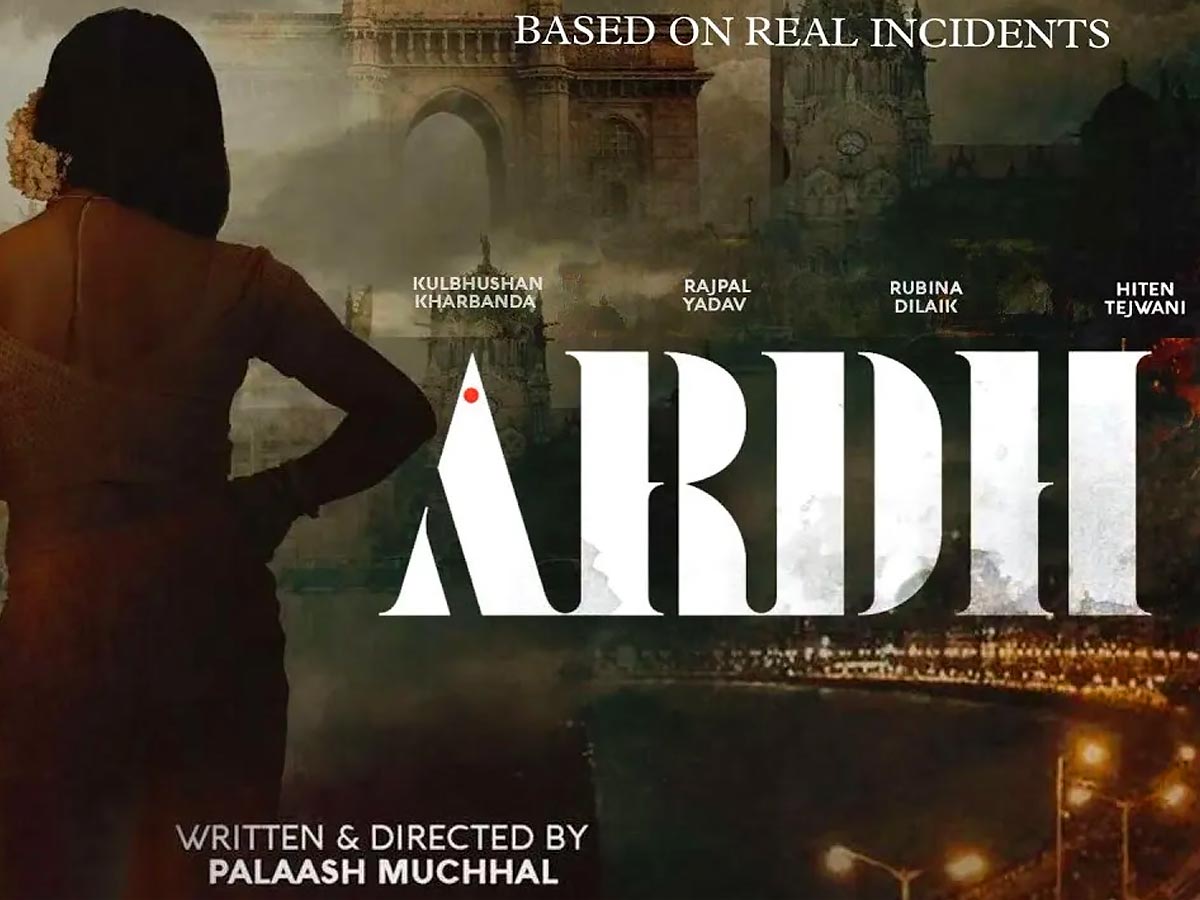 In Zee5’s Ardh, Shiva, played by Rajpal Yadav, who returns as the protagonist of a popular Hindi film after nearly 15 years, tells a buddy, “Ye Kuch filter laga diya, internet daal diya, isko thori naa bolte hain performing.” Shiv is an aspiring actor who is plainly a traditionalist navigating the new-age world of ‘content’ and ‘attention.’

This might also be a dig at how the internet has changed the way we evaluate talent. In another scene, a producer’s workstation is surrounded by landline phones from the early 2000s — the zenith of Yadav’s career that epitomizes the film’s laxity. Ardh is a technical disaster, a massive achievement of under-direction so devoid of basic cinematic markers that it doesn’t actually belong on OTT.

The biggest fault of Ardh, which appears to be semi-autobiographical but is devoid of any craft or graft, is that it can’t even understand the story that is right in front of it. Instead, it meanders and misses almost all of the points it sets out to make.

Ardh is the narrative of 37-year-old Shiva, who is played by the roughly 51-year-old Rajpal Yadav for some reason. Shiva takes odd jobs in Mumbai despite harboring a strong love for the film industry. Yadav is caricatured in the film in the same way that Bollywood did two decades ago. It’s not satirical or pathos-driven here, but rather a frantic attempt to recreate the nonchalance that made Yadav the humorous heir to Johny Lever.

Shiva is struggling to make ends meet as he continues to give auditions. Madhu, played by the miscast Rubina Dilaik, is given very little to do alongside a man of her father’s age. While the film wishes to criticize the stereotypes of particular performers – as has happened in the past with Yadav – it is blind to its own fatal flaws.

There is little chemistry between Madhu and Shiva, as evidenced by the lines of sorrow on their faces when compared to one another. The family has a child, but he performs arbitrary unimportant things.

The majority of the actors here are only instructed to sound and look bad. Yadav does the majority of the work, working as a eunuch during the day and then performing odd jobs to cover his portion of the bill. However, there is no helpful insight here into either poverty or the multiple roles that Yadav gets to play as a result of this writing.

Also read : Janhit Mein Jaari: Is it a Good Movie, or an Infotainment?

A montage covers Shiva’s travail, from selling pani puris to hauling building equipment, rather than giving his pain depth. The dialogues are depressing, to be sure, but they don’t sound like much.

The sound design is bad; emotions and music collide, tripping each other into a tangled jumble from which it is difficult to extract your senses. Making a bad picture is one thing; making a bad film in so many ways is quite another.

Rajpal Yadav is a difficult person to characterize. He has the artistry to play the part, but when he’s not playing the victim (remember Jungle?) he really shines. Unfortunately, that is not how writers, directors, or even actor has always viewed themselves.

There are already enough jokes about his height, features, and awkward frame. It doesn’t help that Yadav is constantly trying to play the charlatan who can’t differentiate black from white and ghost-walks through life doing and hoping for the best. There are scenes of Shiva, illuminated by the Mumbai skyline, with its distinctive facades as a metaphor for life that has passed by such a fine, promising performer.

Perhaps I’m reading too much into a lull in a film that could have worked with perhaps easier directing. If someone could have asked Yadav to stop acting like he used to and just be who he is now – a 50-something actor who burst into Hindi cinema and then vanished – it might have made for a better story.

Ardh, on the other hand, is so bad that it may be deemed a B-grade attempt to pollute an A-grade story. Yadav’s personal life, his entry into an industry that was guarded by power structures, goons, and mafias back then, would be a thing in and of itself.

For some reason, this strange little entity overlooks the forest in favor of the trees. Surprisingly, even in this dumpster fire of a non-film, the one redeeming aspect is that Yadav can still act.

That is, possibly. Someone will have to pry it from him because, as history shows, there is something there. It can’t all have vanished or been buried beneath the weight of the once-charming actor’s existence. However, this film is not the calling card that the actor anticipated modern filmmakers would perceive it as.