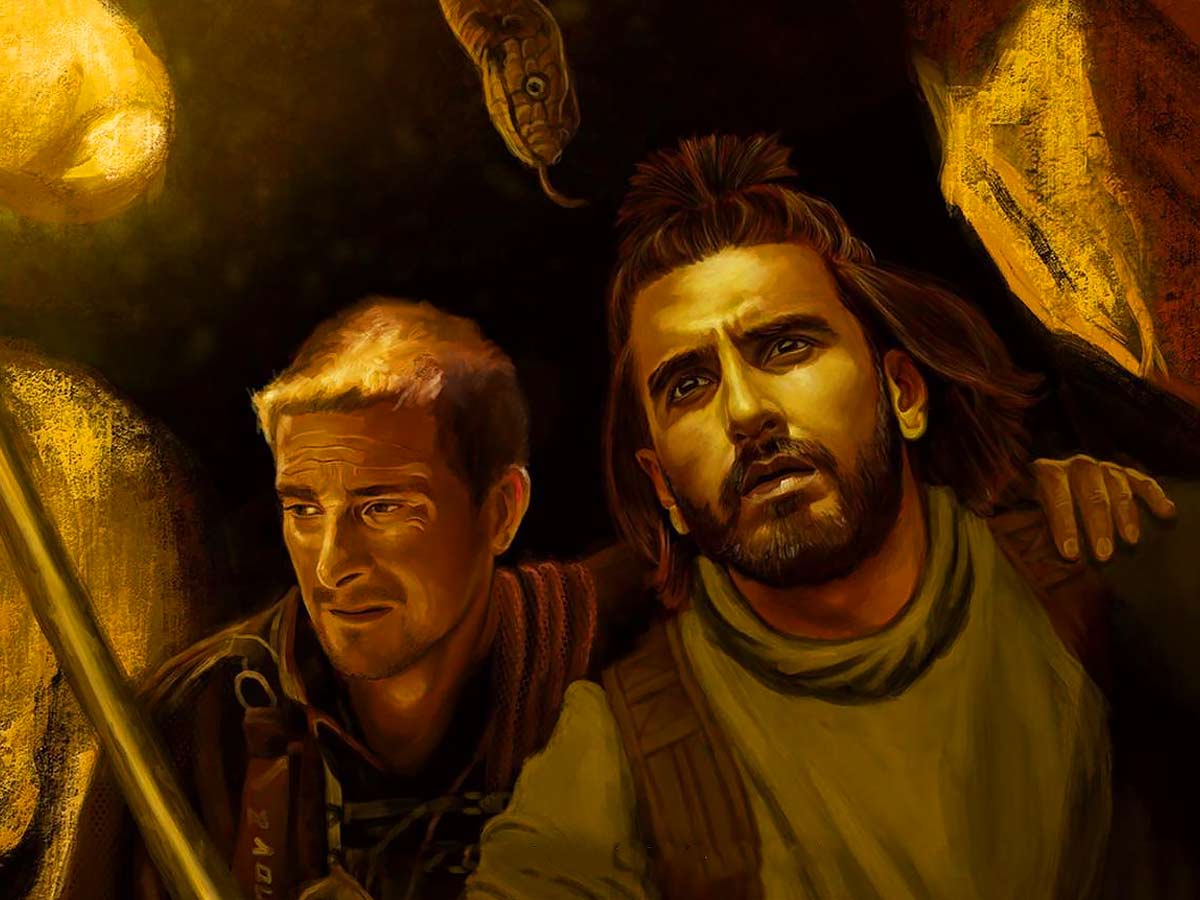 The words “Ranveer Singh” and “crazy” are somewhat interchangeable, and this is true of every element of his identity, from his superstar stride and talk to his clothing choices.

But what precisely can one anticipate from Ranveer if he decides to go into the wild? The seventy-minute film Ranveer vs. Wild contains the solution. Without a doubt, with Bear Grylls. 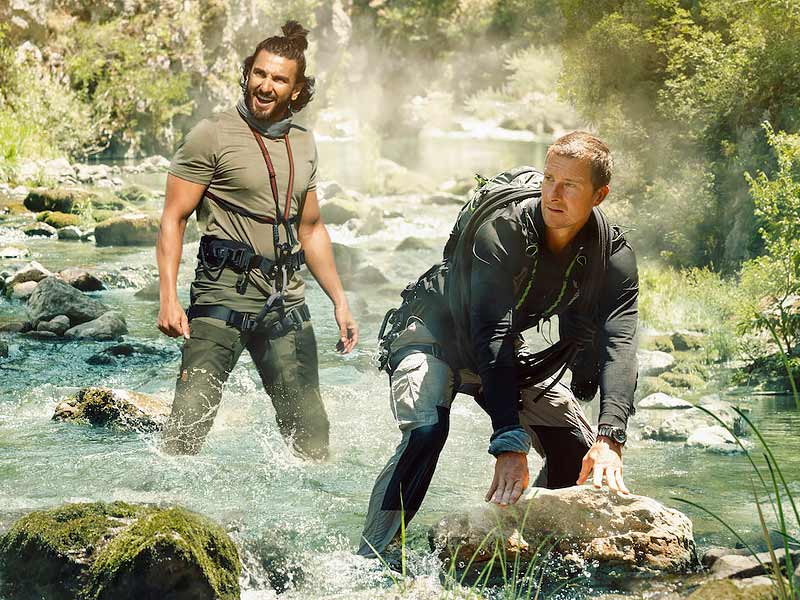 The actor is the most recent Bollywood man to collaborate with the world’s top survivalist and explorer; Akshay Kumar was likely the first and Vicky Kaushal was the most recent before Ranveer.

But in contrast to his forerunners, Ranveer dives headfirst into an episode that not only requires far more of him physically and emotionally but also one in which he leaves his fate up to the audience.

In the interactive special Ranveer vs. Wild with Bear Grylls, which is currently available on Netflix, the actor is tested at every turn as he makes his way through dangerous terrain and dense Serbian forests. challenges that stretch him beyond his comfort zone and show him how far he will go for love. His main objective is? to look for Deepika Padukone’s wife, the Serbica Romanda, a rare flower.

Ranveer is fleeing away from a hungry bear when we first meet him; he is not wearing any of his signature outrageous clothing, but rather a conservative pair of khakis. Cut to Bear saving Ranveer from the bear as a man descends from a helicopter.

The two then set off on a 36-hour journey, with Ranveer, who is justifiably in awe of Bear Grylls’ thirst for exploration and his perseverance in the face of overwhelming challenges, calling the Grylls “mera Mowgli” and “imported Tarzan.” One that requires them to climb over precarious cliff walls, face wolves, and consume some revoltingly repulsive food.

The spectator is presented with two options on the screen at certain points, and the choice they make will affect how Ranveer and Bear go.

In terms of its interactive component, Ranveer vs. Wild is actually Bandersnatch-lite. The 2018 Black Mirror universe movie, which similarly let spectators choose the characters’ route, was much more daring in its decisions.

The decisions presented in Ranveer’s show are relatively sanitized, such as whether to use the grappling gun or the flare, whether to wait for a new GPS device to arrive or rely on Bear’s extensive knowledge of the jungle and—this is my personal favorite—whether to eat maggots or try out a wild boar’s testicles while Ranveer is joined midway by close friend Karan Kapadia. No rewards for figuring out what I choose!

Fair enough, Ranveer vs. Wild wouldn’t really be anything if it weren’t for the man in the middle’s insane antics and never-say-die mentality — the true cries of delight when he climbs and plucks off the flower, the tenderness with which he talks about Deepika, and the way he pulls through in the end — All of this has been done before, and better, by Bear Grylls.

The special allows you another chance to start over and choose differently at the end. Sincerely, I felt that once was sufficient. Only watch if you want to see a different side of Ranveer and some stunning Serbian landscapes.

However, given that Ranveer Singh is making his debut in the digital arena, there will likely be some takers for this series. It might inspire some young people to take an adventurous journey.

The one-episode docu-adventure also discusses principles like “don’t give up,” “take on the challenge,” and “you don’t lose until you decide to lose.” Watch it for Ranveer Singh and his confidence even though there isn’t much to retain your interest for the entire 90 minutes. Ranveer Singh can easily pass for Ranveer Singh while he’s on camera. His one-liners occasionally make people laugh.