Home Arts & Entertainment A dive into Nostalgia, with these Legendary 90’s Cartoons 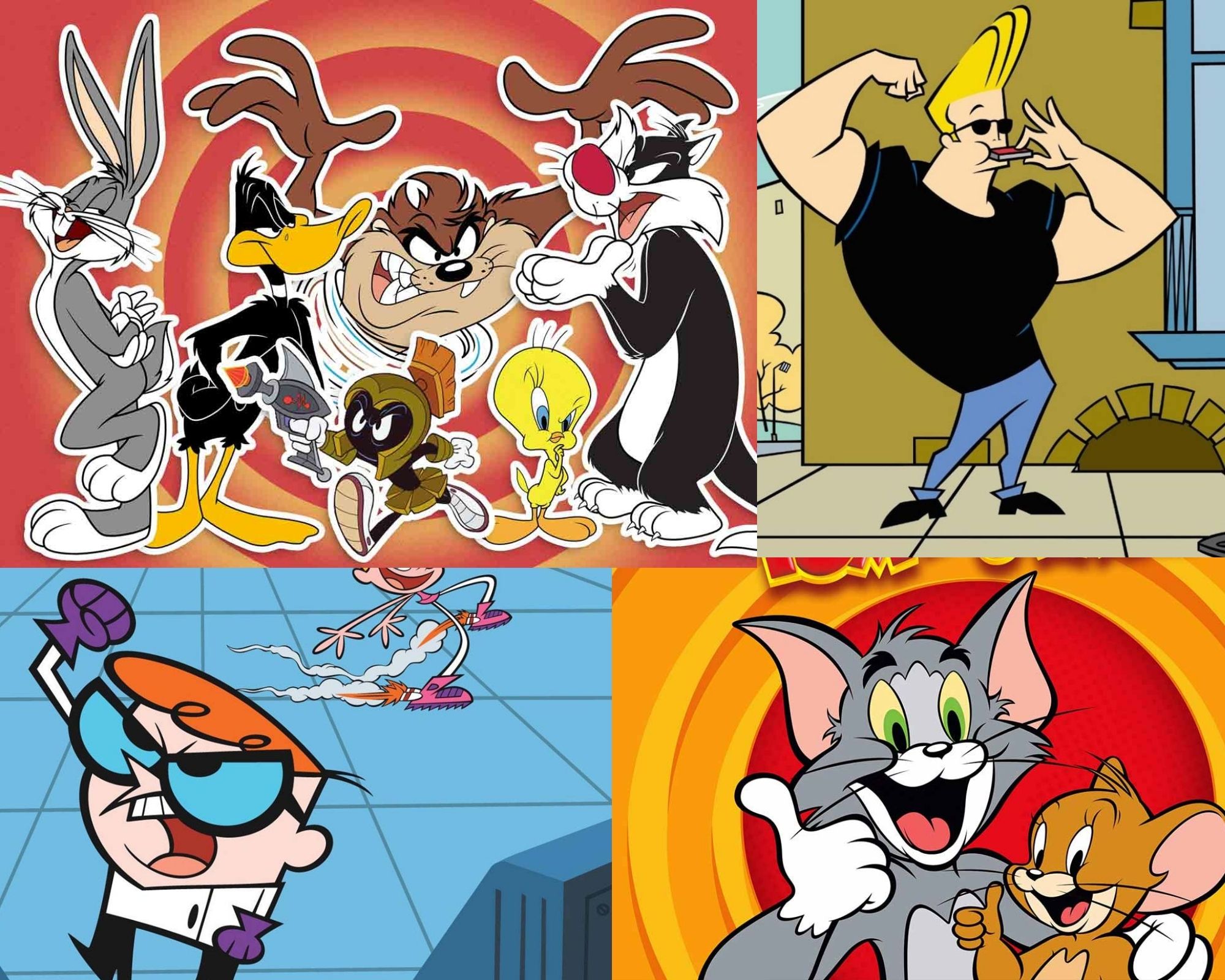 More specifically, are you still able to whistle, hum, or repeat the intros?

Disclaimer: We have added direct links to the 90s Cartoon’s Streaming platforms, so dive with us into to the Nostalgia, and the rich 90s Cartoon era

Without a doubt, the 1990s were rife with brilliant cartoons, the 90s Cartoons. The growth of original content on cable networks such as Nickelodeon, Disney Channel, and Cartoon Network ushered in a new age of innovation and animation that began to move away from the historically dominant Hanna-Barbera model. But who were the absolute best of the best?

Growing up, the 90s kids did not have social media, but rather something much more unique, our favorite, TV. We all grew up watching anime series that still make us nostalgic when we think about them. We will leave everything behind and patiently await the set hours at which our shows would air. If you ever loved cartoons or still do, this is the blog for you.

We Shortpedia Voices dug deep into our TV nostalgia mind palaces to compile the following list of favorite 90s cartoons. 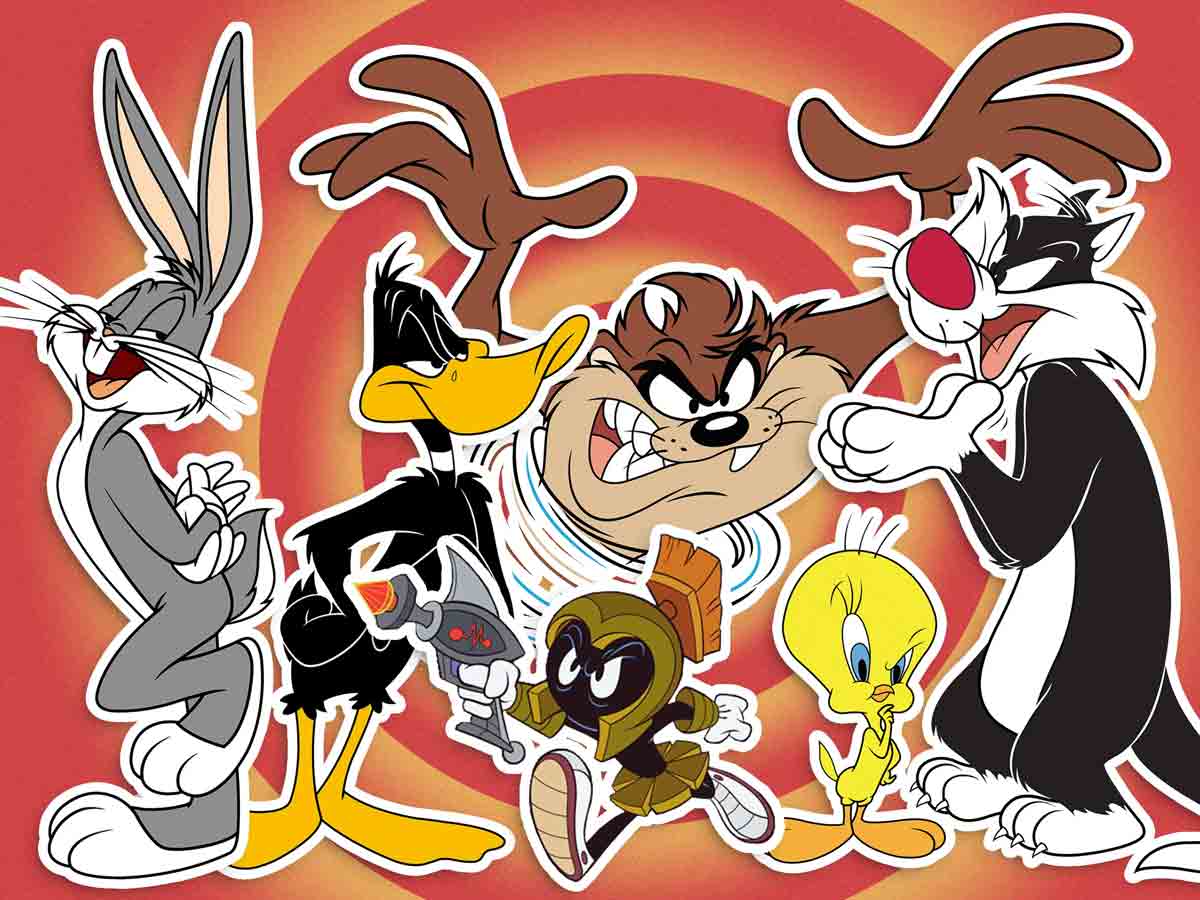 The show has spawned a worldwide franchise, with numerous TV shows, films, comic books, computer games, etc. Bugs Bunny is also honored with a star on the Hollywood Walk of Fame.

The super adorable animated animals revolving around Nanny living, playing, and solving problems together was a joy, and how can we miss waiting for our favorite ones to appear on-screen among those? 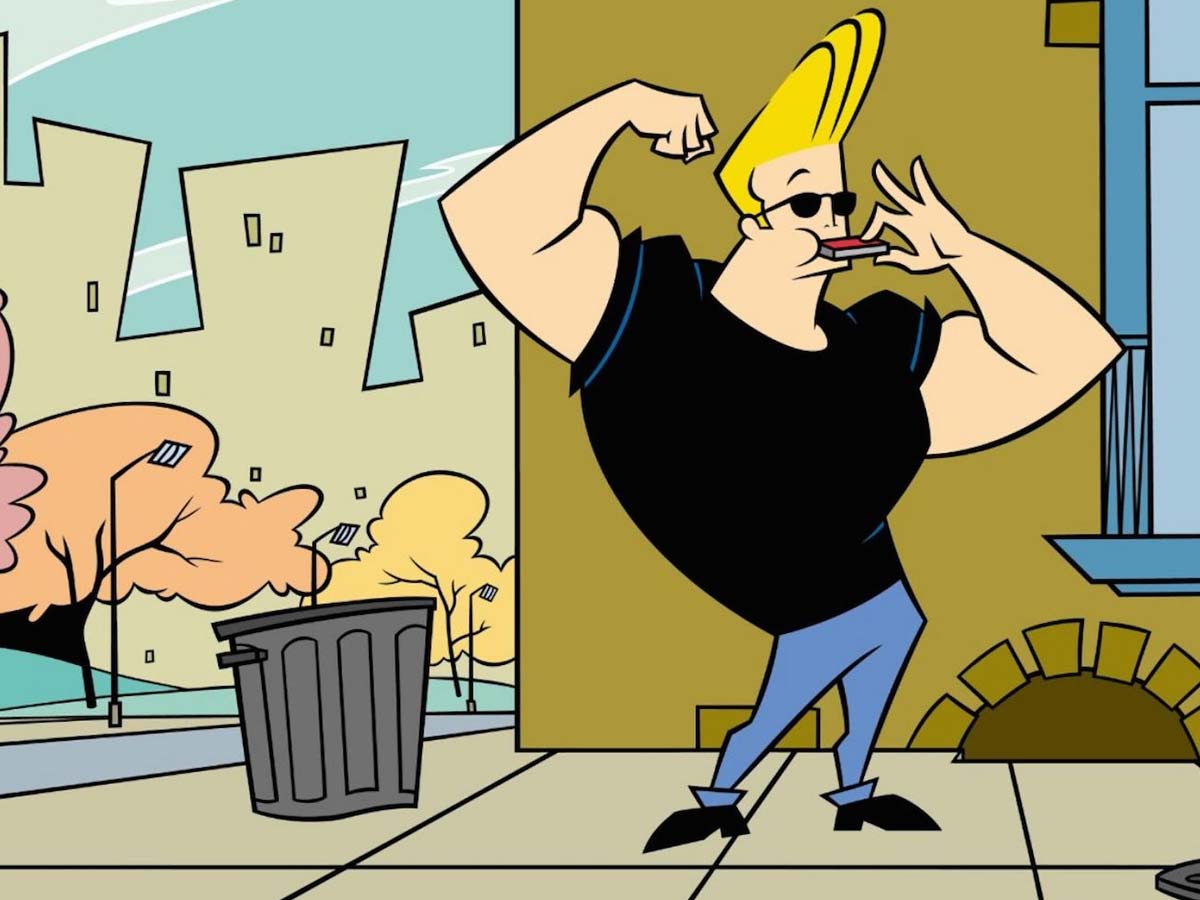 What you need to do is enjoy yourself, and everyone else will follow suit. A lesson that is still relevant today. Johny Bravo certainly understood how necessary it is to respect and value yourself.

Before the Barney Stinsons of the planet, Johny Bravo was an arrogant, athletic young man who tried repeatedly and miserably to convince women to date him. With most of us, the episode was our first introduction to adult humor and pop culture references. 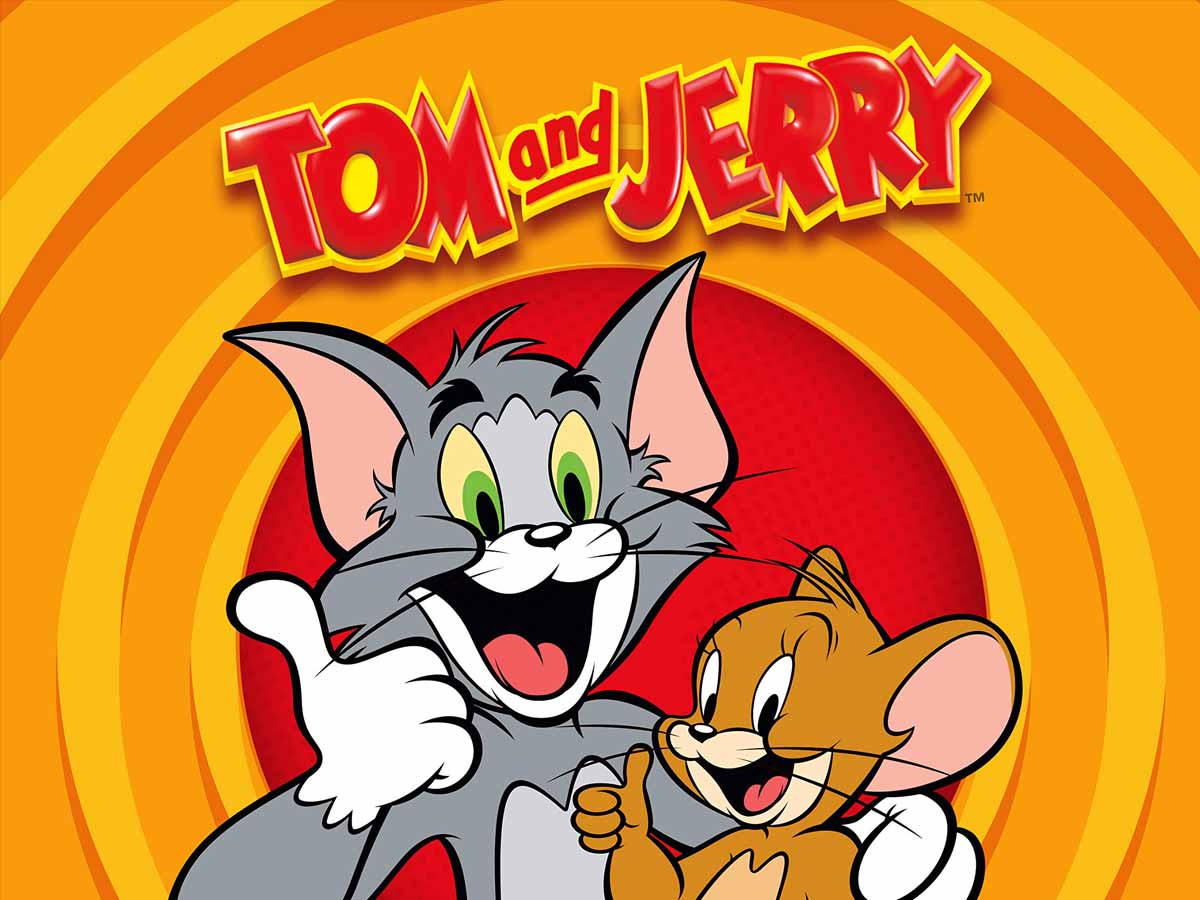 This is an “evergreen” show; no matter how old we are, we will never get tired of seeing Tom and Jerry chase each other.

The show consists of a series of battles between normal adversaries Tom the cat and Jerry the rodent. The storyline revolved around Tom’s devious and imaginative methods of capturing Jerry, as well as the mayhem that ensued when he failed to do so.

Tom and Jerry: The Favourite Cartoon Of 90’s Kids

Any kid from the 1990s will watch this with the same enthusiasm and enjoyment they did back then. This is a 90s cartoon that both children and adults enjoy for the amount of laughter it brought to the table. Will there ever be a day when we didn’t watch an episode of Tom and Jerry? Certainly not! 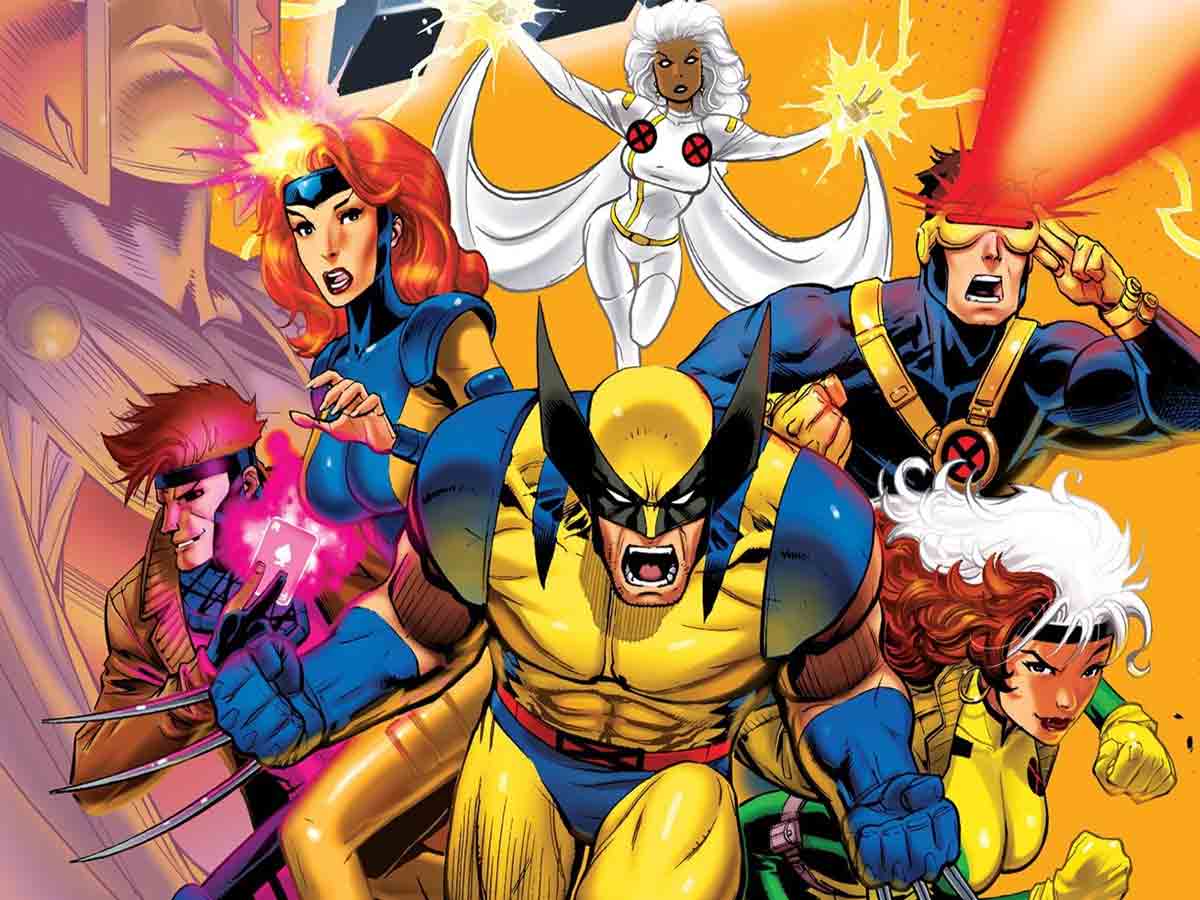 In contrast to the hit-or-miss X-Men film franchise, this show gave viewers what the X-Men were meant to be. In every way imaginable, they were colorful and diverse. Despite never really deviating from its superhero practices, the animated series did not shy away from the comics’ political themes.

The cartoon X-Men series from Fox was the gateway drug that turned me into a nerd, and I suspect I wasn’t alone. I was acquainted with superheroes before seeing X-Men. Still, I had no idea they could be combined into a diverse, chaotic unit. I still had no idea they could travel to so many locations and meet human, mutant, and extraterrestrial enemies.

Though I recently rewatched it and conceded it can be really campy at times, it had had a massive impact and provided a new generation of fans by adapting beloved storylines such as Dark Phoenix and Weapon X. While past generations had an edge when it came to comics (the 1990s were an unbelievably grim period for superhero books), the animated X-Men welcomed newcomers to the fandom. 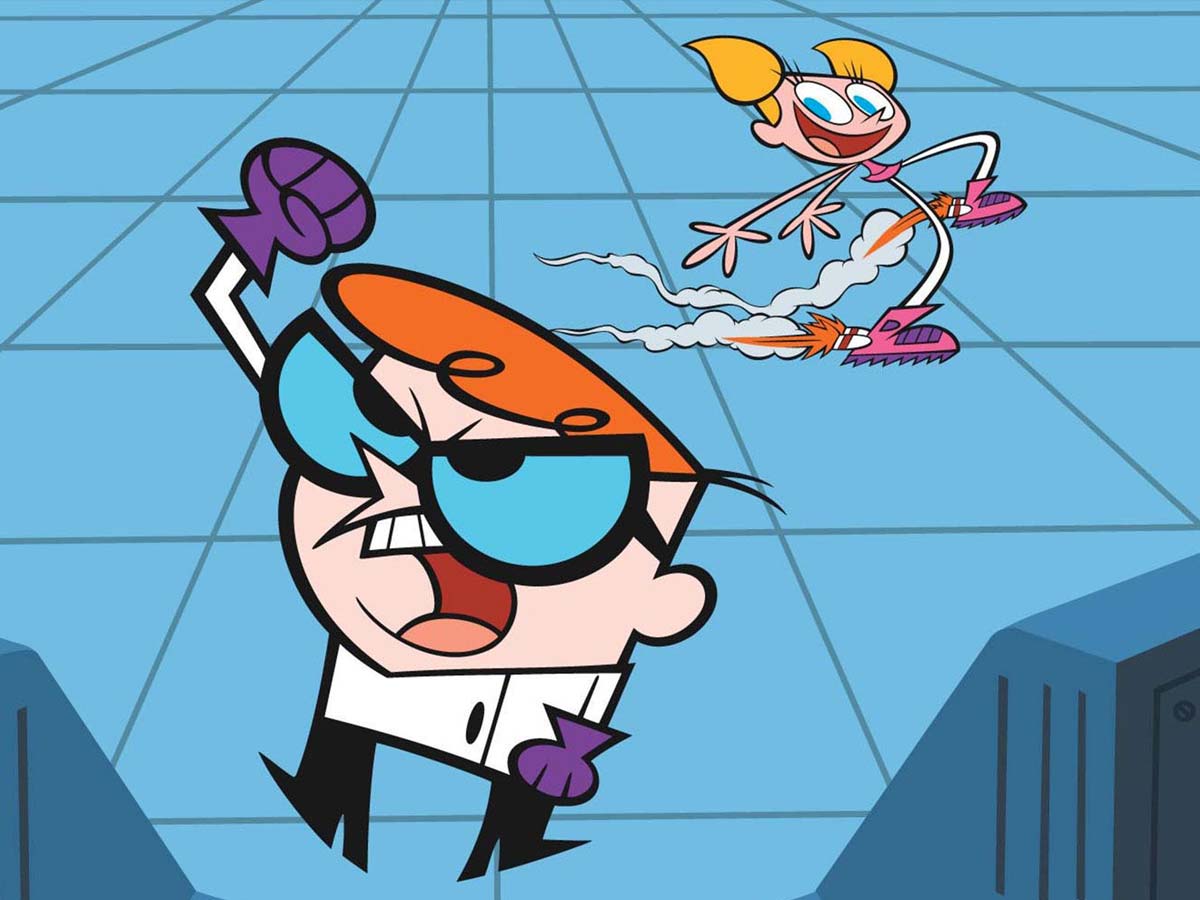 This doesn’t really need to be explained. The show was so famous that even children born after the 1990s saw it at some stage. Dexter was a genius, and Dee Dee was a jerk. So, even though you’re in your twenties and haven’t seen it yet, start installing.

Before Netflix’s geniuses, we had this genius, and didn’t we love everything he did in his laboratory? Every 90s kid would have watched this at some stage, and if you didn’t, well, you missed out on something very cool!

When you’re feeling guilty about being a bad dad, note that Dexter’s parents were totally unaware of his brilliant talents and the fact that he had a state-of-the-art science lab in his home! 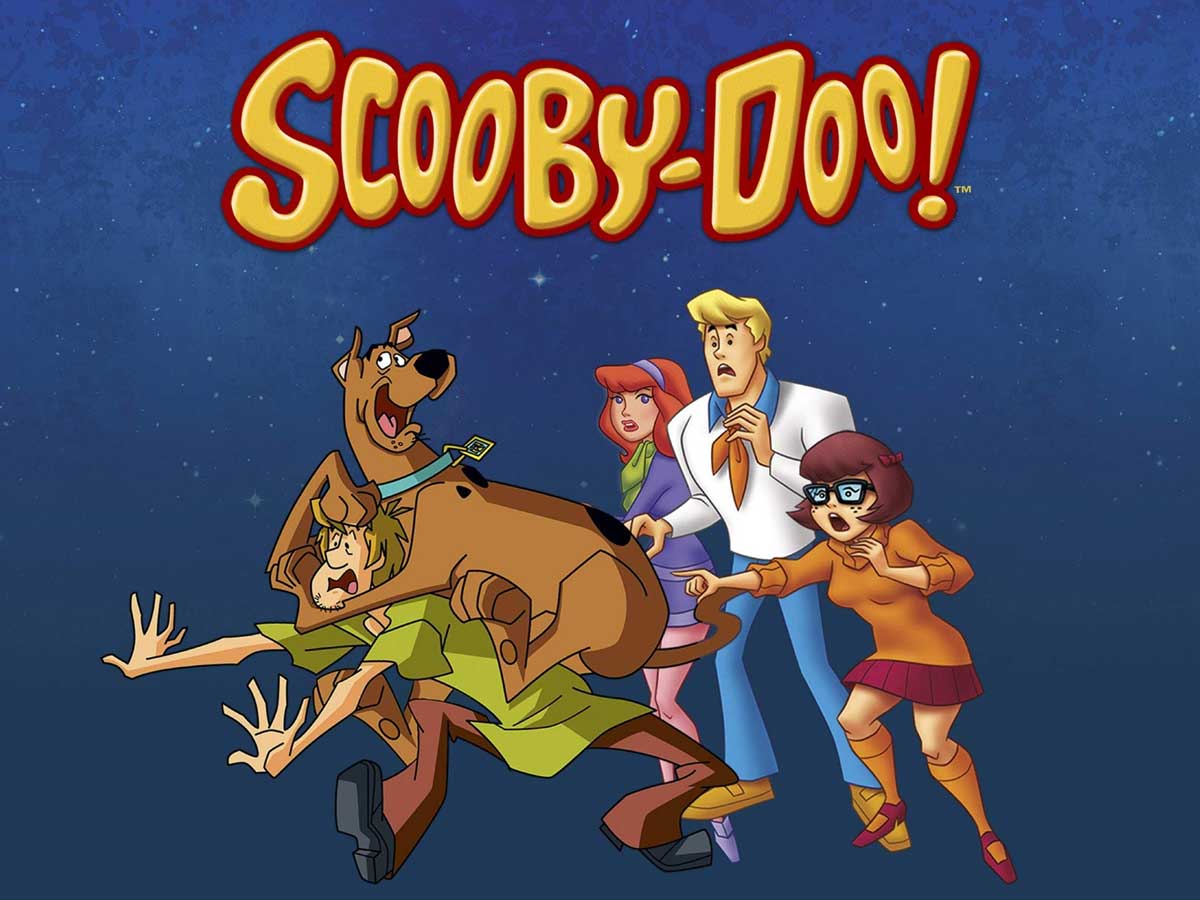 The show is self-explanatory. Scooby and the gang use their brains and other detective instincts to solve mysteries that look supernatural at first but still have a person behind them. – character has their own gimmick, but they work well together to form the best detective team in animation history.

Scooby-Doo, our dearest furry pal, certainly doesn’t need an introduction; the name speaks for itself, and it was the first mystery team we fell in love with.

“So let us go ‘scooby dooby dooo’ once more.” 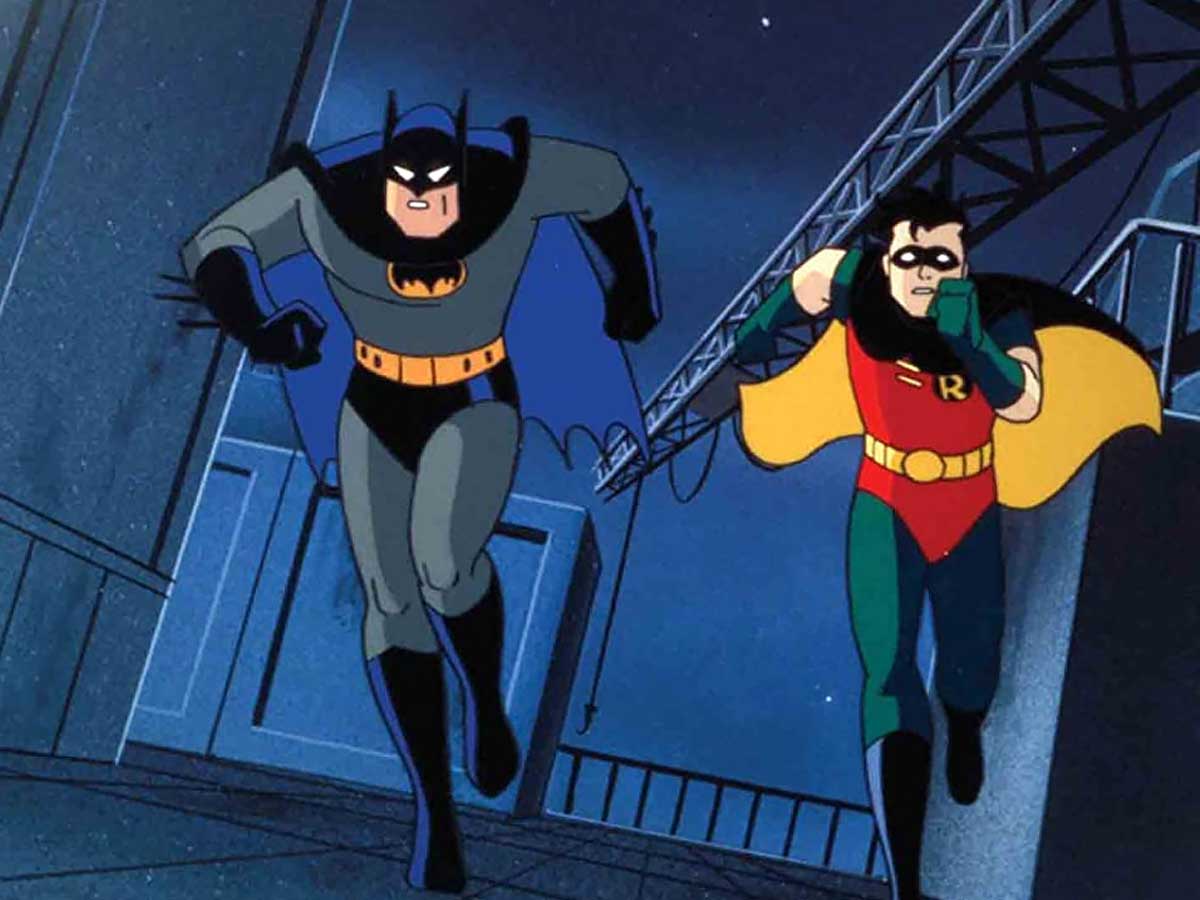 Batman: The Animated Series is the finest Batman adaptation. It’s better than the film and the other series combined (the 1960s show is a close runner-up). TAS, created by Paul Dini and Bruce Timm, is a fine balancing act between the character’s darkness and not veering into unrelenting darkness. The series’ noirish tone captured all that made the Dark Knight and his universe special.

Dini (who also wrote the excellent video game Batman: Arkham Asylum) and Timm didn’t just make Batman a badass. They remembered him as a detective, an escape artist, and someone with emotions other than sad and furious.

The voice acting was also excellent. Kevin Conroy took the opportunity to give Bruce Wayne/Batman distinct voices, with the latter possessing a flawless cadence and sound that on-screen actors struggled to catch. Mark Hamill’s portrayal of the Joker was so fine that I equate him with the character rather than Luke Skywalker. Many of the villains were well-drawn and had elements of true tragedy.

Furthermore, this episode brought us to Harley Quinn, who has become one of the most beloved characters in the Bat-universe. Batman: The Animated Series did more than just provide a new perspective on the Dark Knight’s universe. It reshaped and broadened it. – Goldberg, Matt 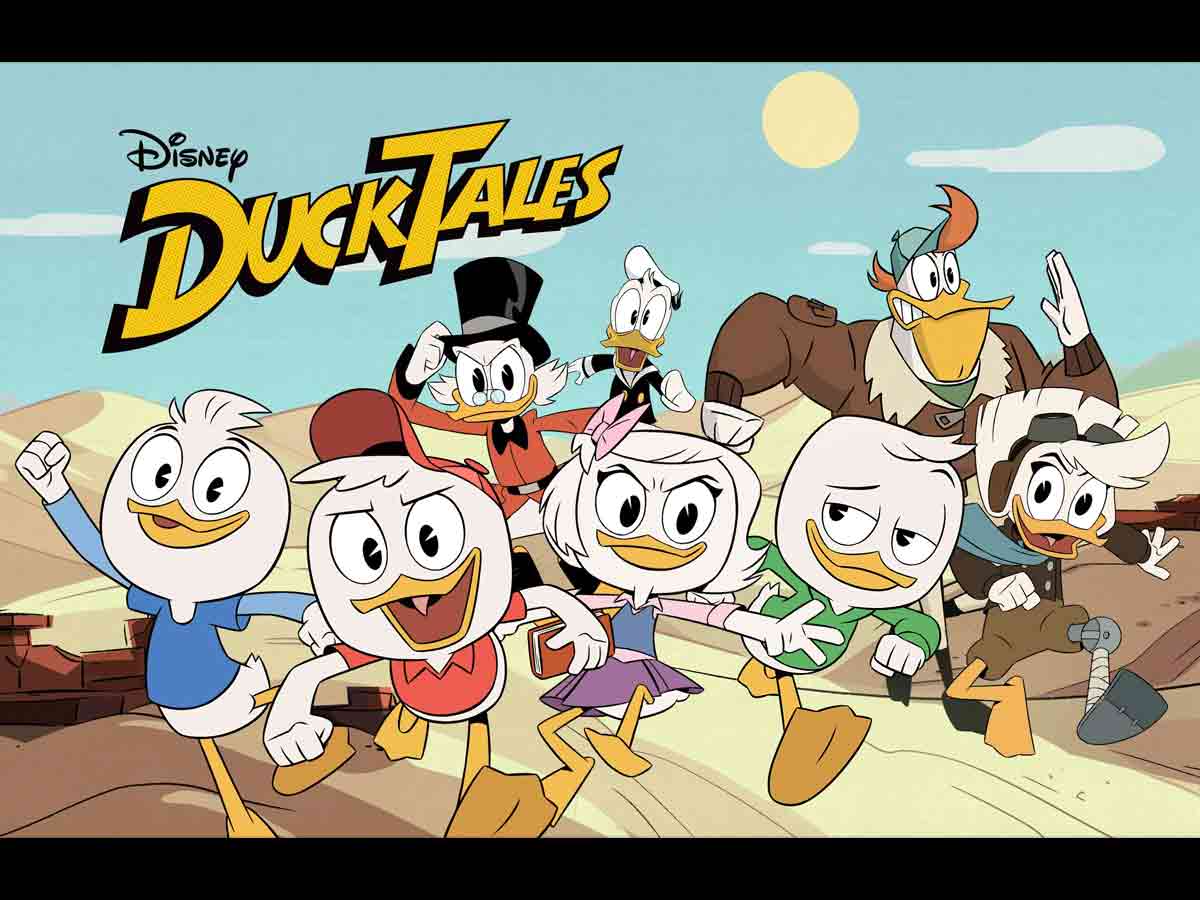 Even though the show officially ended in 1990, Indian children watched it until the early 2000s. And, oh my goodness, it was so nice and funny. And who doesn’t remember the classic theme song?

Since Donald Duck tries to join the Navy (yes, that was the idea! ), Scrooge McDuck is left to raise his nephews, Hewey, Dewey, and Louie. The four ducks embark on wild journeys in search of more money for billionaire Scrooge! 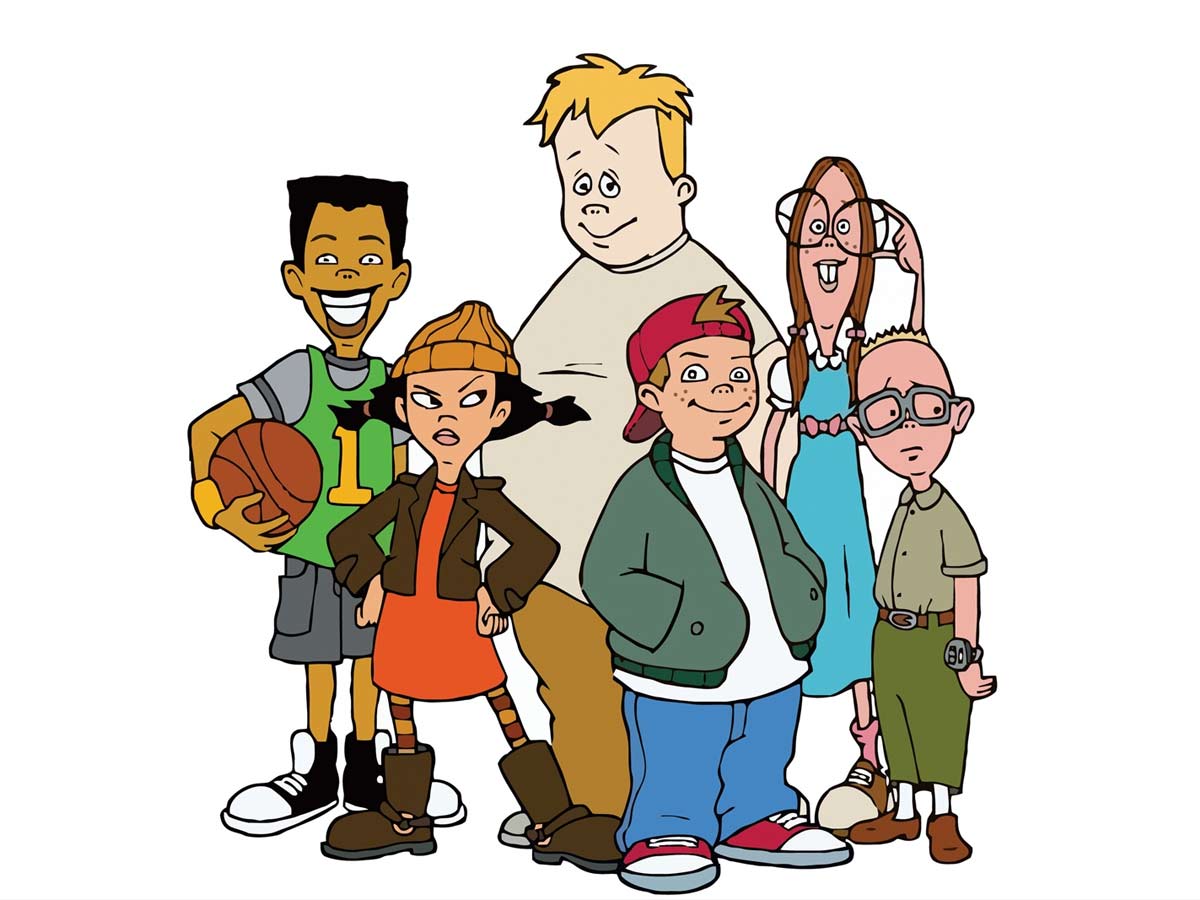 Forget Dil Chahta Hai, these six school kids in recess doing so more than just playing and running around everywhere brought us big friendship goals at such a young age!

The series focused on six primary school children and their experiences with other students and teachers during recess in the schoolyard. During this time, the students will create their own world, complete with governments and a class system. The show was and continues to be well ahead of its time.

But, in fact, something happens at recess. This cartoon (though fictitious and animated) did an excellent job of portraying the valuable hour after lunch when kids got a break from authority and had time to do their own thing. The episodes are well-written and entertaining even now!

It taught different lessons by entertainment. Recess Kids played with everything from school bullying to teacher dogs. As a result, we have big school priorities. 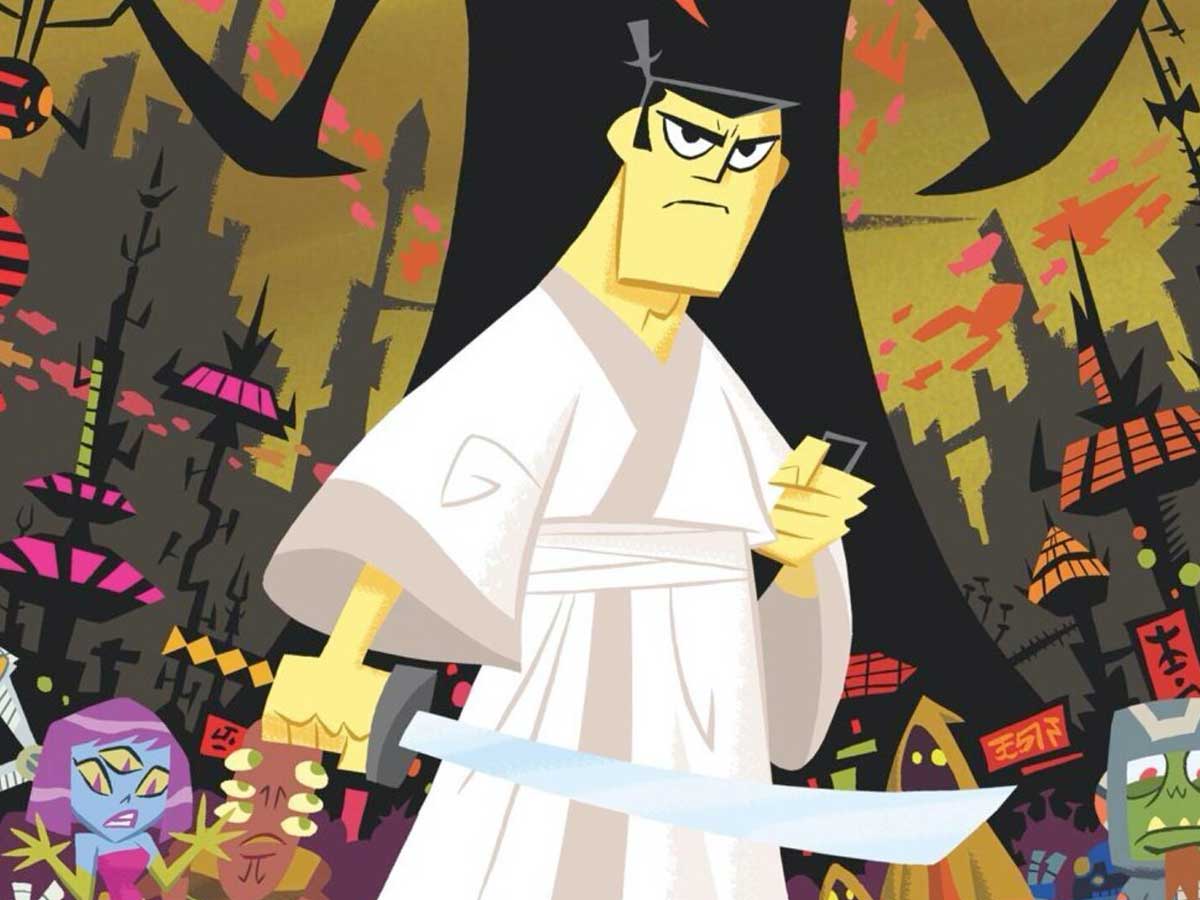 The animated series followed ‘Jack,’ an unknown Samurai who was sent to a dark world dominated by shape-shifting demons after slaying the evilest Aku. The show was aimed at children, but it was very gloomy. Each episode had you on the edge of your seat as Samurai Jack pursues his dream of going back in time to beat Aku once more to prevent this future from happening.

These are only a few of the many 90s cartoons that defined childhood in the 1990s. If you grew up in the 1990s, I’m sure you have some fond memories. For I am. Reminiscing about these 90s cartoons has refreshed my recollection of my youth and brought back some epic memories. No, it’s you who is crying, not me.