Home Arts & Entertainment Art Season 2 of ‘Fate: The Winx Saga’ loses sight of what is... 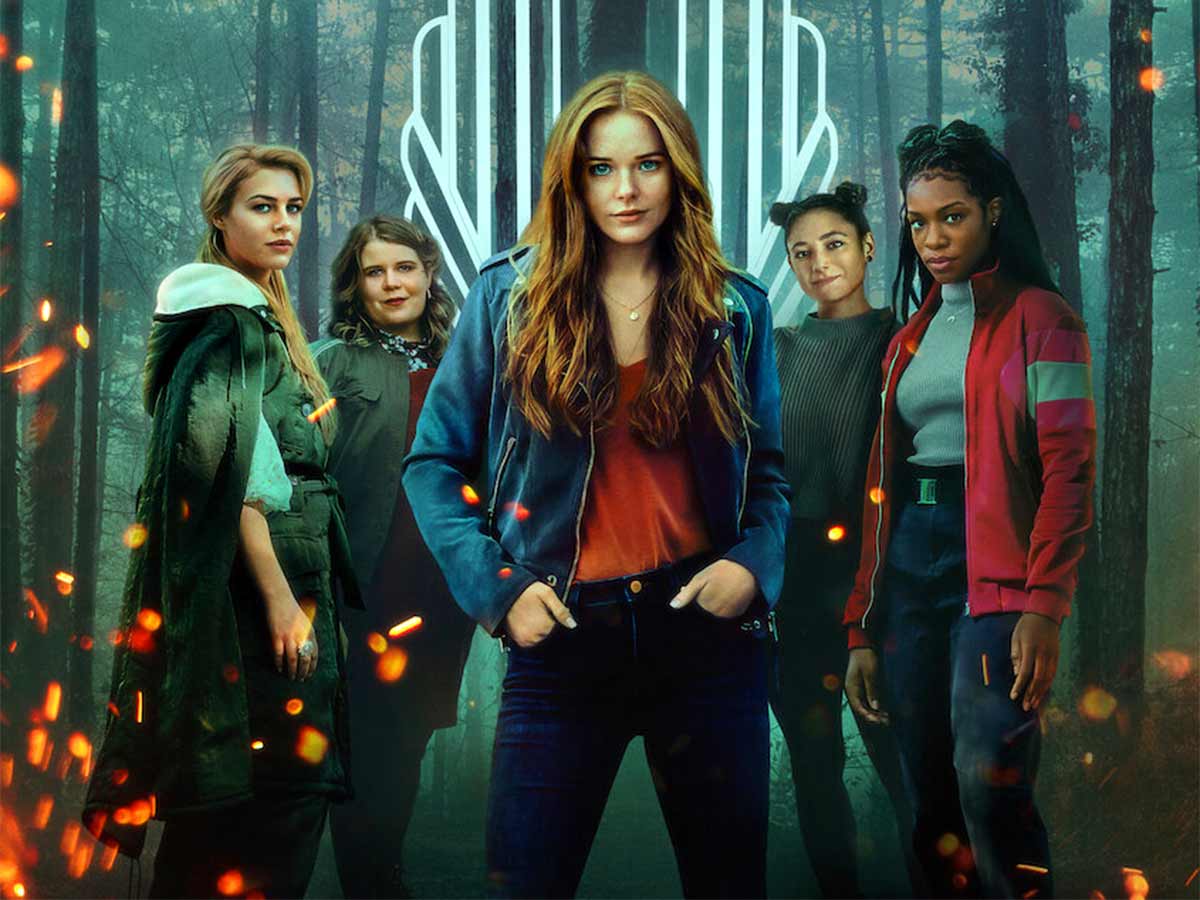 Fairies, welcome back to Alfea. We haven’t seen the fairies of the Otherworld in a long time, and a lot has changed for Bloom (Abigail Cowen), Stella (Hannah van der Westhuysen), Terra (Eliot Salt), Aisha (Precious Mustapha), and Musa (Elisha Applebaum) on Fate: The Winx Saga Season 2.

The school is now under a new administration, which is evident by the fact that almost everything has changed dramatically since Headmistress Dowling (Eve Best) was in charge. This time, however, the girls are joined by Flora (Paulina Chávez), Terra’s cousin who has returned to Alfea after a long absence.

Even being a major admirer of Iginio Straffi’s original series, I had mixed thoughts about the second season after thoroughly appreciating the total mayhem of the first. This is unlike anything we’ve seen before… and that’s not always a good thing (for the fairies and for viewers).

To be honest, the season’s main difficulty is that everything feels exceedingly confused because the cast is even more overburdened than it was during the first season — with only one additional episode.

Flora (Freddie Thorp) has joined the other Winx girls, while Riven (Freddie Thorp) and Beatrix (Sadie Soverall) have more intense and important roles. Rosalind (now played by Miranda Richardson) replaces Dowling in the cast full-time, but as a more supporting character. Andreas (Ken Duken) takes over as the experts’ instructor, but Silva (Robert James-Collier) remains and Sky (Danny Griffin) is trapped in the middle. Grey (Brandon Grace) and Sebastian (Éanna Hardwicke) are also given a lot of attention.

There are a few exits as well, but it doesn’t do nearly enough to balance the cast, leaving practically every narrative feeling half-baked because there isn’t enough time to really explore them all. Even if the series received a 13-episode order instead of the existing six and seven, there wouldn’t be enough time to do justice to all of these people.

As a result, the characters who should be the focus of the series suffer because their development is the price to pay for the overburdened ensemble. Bloom is the only one of the Winx girls who receive even a passing amount of attention, which can be annoying at times given that the series is intended to be about all of the Winx girls. This season, Terra and Stella feel like afterthoughts, with Aisha close behind but a little more interested in what’s going on.

Flora joining the Winx girls, on the other hand, is the reason for excitement. The series’ depiction of the beloved character is pretty interesting and unexpected, which certainly adds to the suspense and intrigue surrounding her work at Alfea and in the Winx suite.

It’s a shame the authors didn’t just introduce Flora right away because there wasn’t enough time to explore her chemistry with the others and bring her into the group on-screen.

It’s rushed, and she jumps from Terra’s cousin to BFF overnight, so we lose all of the buildup and natural growth of these relationships that we witnessed with the others in the first season. Furthermore, with Flora joining the series, the concern is how the story will balance having Flora and original heroine Terra, both of whom are Earth fairies with extremely comparable ability sets. 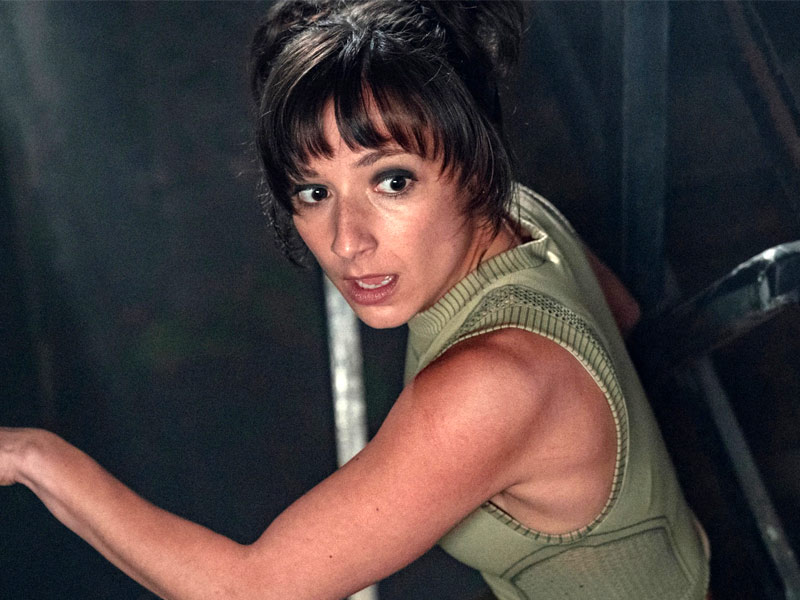 Season 2 does not appear to provide an answer to that question. However, with what little Terra can accomplish in the seven episodes, she matures in a way that will be quite interesting if the series is renewed for a second season. Similarly, what we do see of Flora is fantastic, and by the end of the season, she is perhaps my favorite of the fairies.

The overall stories told this season are not only stretched too thin with too many characters to juggle, but they are also quite uninspired. Rosalind, for example, is no longer the intriguing and charismatic adversary she was in the first season (when played by Lesley Sharp). Both Richardson’s interpretation and the authors’ new direction for Rosalind this season are underwhelming.

There’s so much untapped potential in a plot that doesn’t feel quite on pace with what we’ve seen from Rosalind previously. Similarly, Andreas doesn’t add anything new or entertaining to the show. In many ways, he is the masculine Rosalind, but he lacks the power and wisdom to achieve anything useful.

Given that the first season’s climax concluded with the cataclysmic and inconceivable change of leadership at Alfea, with Rosalind and Andreas taking over, the follow-up is entirely unsatisfying. Outside of their poor adversarial activities, both provide little to the tale and are utterly eclipsed by Beatrix, who proves herself a better antagonist than both combined in half the time.

Despite its problems, Fate: The Winx Saga’s first season delivered a captivating story that flowed smoothly, followed a logical course, finished on a gratifying note, and managed to balance the Winx girls while still focusing on Bloom. The second season does none of these things.

It feels aimless, adrift in the mayhem it has created, unsure what to do or how to involve way too many of the important characters. Until roughly the fifth episode of the season, the main story is so dull that it’s tough to care about or follow.

While the world still centers on Bloom, the other Winx girls aren’t given their due, which is essentially unfair to the original series, which took delight in showing all of the Winx ladies’ tales and strengths. As interesting as Sky, Dane, and Riven are, there’s no reason their stories should outweigh the relevance or attention of the Winx fairies, yet they do – especially Sky’s.

In summary, the series appears to forget what it is and should be this season, reminding this writer of Prime Video’s The Wilds, which was canceled after a much-criticized second season that missed what viewers loved about it in the first place. This season of Fate: The Winx Saga is still a good binge-watch with a few excellent moments sprinkled throughout, but it won’t hold people’s attention as long as the first season did.