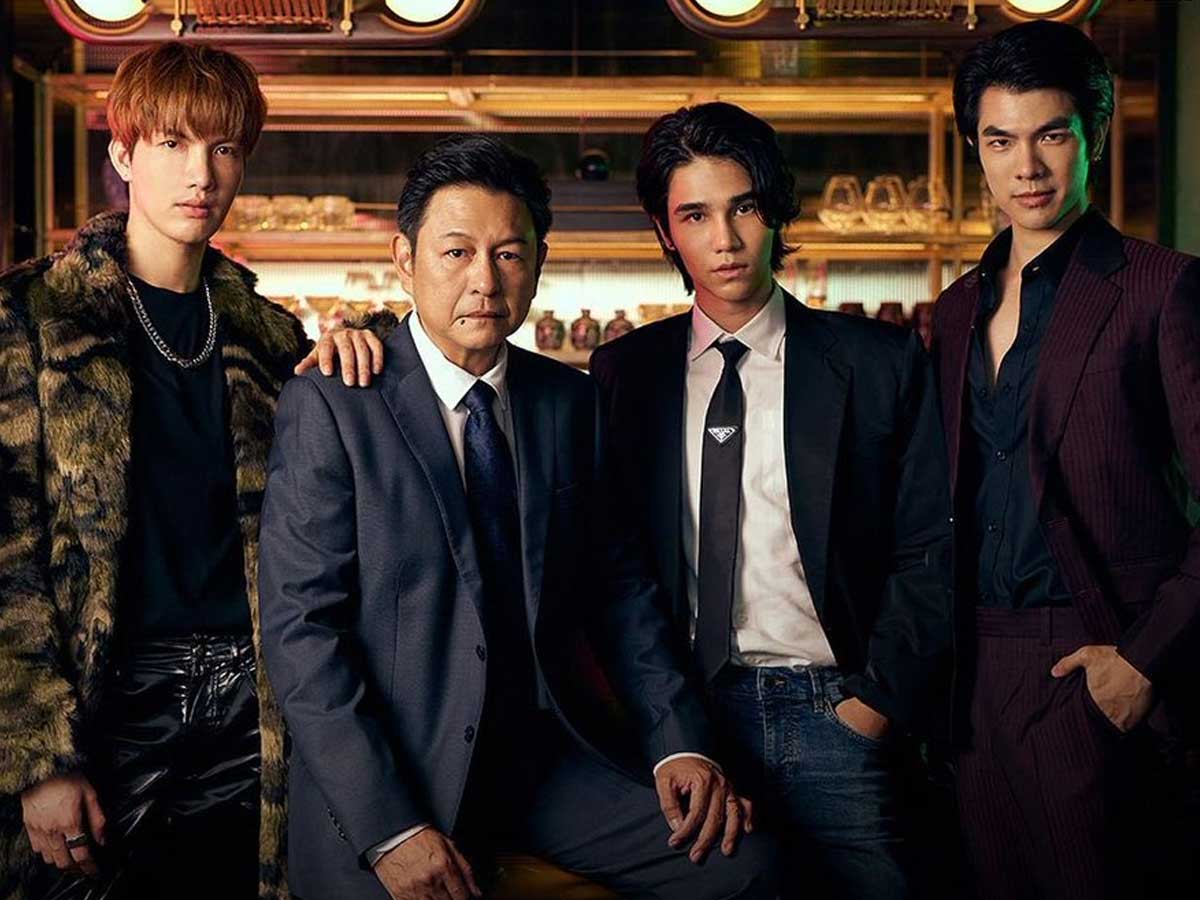 Sometimes getting lost is necessary to be found. And nowhere is this more evident than in the most recent episode of Thai BL KinnPorsche, especially given the emotional barriers scaled by both main characters.

Its much easier to relate to Porsche right away. He’s an optimist who hides his feelings. He’s devoted to a fault. He has a lovely and deadly affection for his family and those close to him. Because he is also overly trusting.

And this is why seeing him broken hurts so much.

Kinn is significantly more difficult to relate to. He suppresses his feelings and trusts no one since he has been burned by life and love. He was reared in a society where the lines between right and wrong are blurred, and violence, greed, and power have taken the place of affection. Nothing is as it appears.

And it’s because of this that it’s so simple to get upset with him.

But nothing upsets me more than seeing someone who has shut himself off from emotion get overwhelmed by it.

KinnPorsche’s final two episodes left viewers feeling raw, and understandably so. Hearts have been broken. Morals are called into question. Lines are being crossed.

As the rating suggests, KinnPorsche does not hold back, crossing the same emotional and moral lines that one would expect to be crossed within a mafia environment. Emotions are running high. New love blooms, but it blooms in a world without the sun. Porsche is like a flower attempting to blossom amid a thicket of stifling weeds, and he is being overrun by one in particular.

Only Kinn isn’t what he appears to be. He’s like a rose. Beautiful and thorny protection.

Someone recently asked me about the ending of KinnPorsche’s fourth episode, and I replied, “The simplest way to address that is to say Kinn did cross the line, but the show’s rating covers it.”

He does, after all, cross the line. The sixth episode not only exposes what and who Kinn is and what he’s done, but it also reveals the part of himself he hides, the one that knows and despises the world he lives in. The parts of himself he accepts and the portions he regrets.

Also read: In the Heights: Watch this amazing musical drama on Netflix

Books, television, films, art, and theatre are all full of complex personalities that we all enjoy analyzing and comprehending. They are full of diverse human emotions that we either desire to be a part of or observe from a safe distance.

But we aren’t always supposed to understand everything.

And I believe this is what makes Episode 6 so effective.

It’s much easier to enjoy the day, to revel in the warmth and joy that the sun radiates. It’s much more difficult to appreciate the night, to revel in the cold and numbness it brings. But when the moon shines, it’s just as beautiful.

Porsche represents the sun. Kinn is the moon, shrouded in shadow. When Kinn excels, he is just as impressive as Porsche.

Although danger pulls Kinn and Porsche into the forest, being lost together is symbolic since they are both emotionally lost, dealing with overwhelming sentiments and choices neither can undo.

“Can you please forgive me?”

“I’ve already done that a long time ago.”

Words are said, smiles are shared, laughter rings, apologies are rendered, and forgiveness is extended in the above-quoted Episode 6 conversation between Kinn and Porsche.

Kinn has bound himself to the sun, to the light he rarely allows himself to enjoy.

He then lets it go.

Porsche is everything Kinn refuses to be. Porsche is straightforward, honest, forceful, compassionate, and caring. He understands what is right and wrong.

Kinn is isolated, and Porsche has opened the door that keeps Kinn from the rest of the world.

It’s a good thing they got lost together, not only so Kinn can be the person he would be if he weren’t encircled by darkness, but also so the viewers can get to know the person Porsche already knows.

One of the most powerful aspects of KinnPorsche is how it portrays love amid a hazy line between right and wrong.

We simply need to understand that love might be unexpected at times. Love isn’t always lovely. Love can be the weed that chokes the obstinate flower that refuses to die. Love might be the weed that learns it needs the flower to survive. Sometimes love is the marijuana that realizes it isn’t as potent as it appears.

And there are plenty of folks who can identify with both the plant and the bloom.

At the end of the episode, the camera shot of the handcuffs on the ground after Kinn orders Porsche to free himself broke my heart. Kinn freed Porsche from the terrible world Kinn couldn’t leave.

Kinn’s only way of saying “I love you” is in this manner.

We know this isn’t the end of Kinn being Kinn, a closed-off disaster with trust difficulties, for those who have read the book and those who may suspect what’s coming next. But it’s only the first step on his path to let go of the one person he felt safe letting go in front of.

And Kinn never feels safe, as evidenced by his habit of drawing a gun whenever he is awakened awake.

Porsche’s desperation is palpable in his final kiss. He didn’t want to leave Kinn; he wanted to leave the world that was suffocating Kinn. Porsche’s responsibility to Porchay and his dreams was stolen by the world.

But he returned to defend his heart.

In Episode 6, there are a lot of sacrifices, from Porsche volunteering to remove his hand to Kinn promising Porsche freedom. Both are lovely unspoken methods of expressing how intense their affections have become.

Kinn and Porsche will return to the dark realm they stumbled away from for a spell next week. They each got a chance to breathe, and we got to breathe alongside them.

Before returning to the battlefield, realize that as strong as “I love you” is, we often forget how equally powerful “I’m sorry” can be.

KinnPorsche on iQiyi is a show that will transport you there. I’d also like to thank actors Mile Phakphum and Apo Nattawin for bringing Kinn and Porsche to life in such a wonderful and significant way.