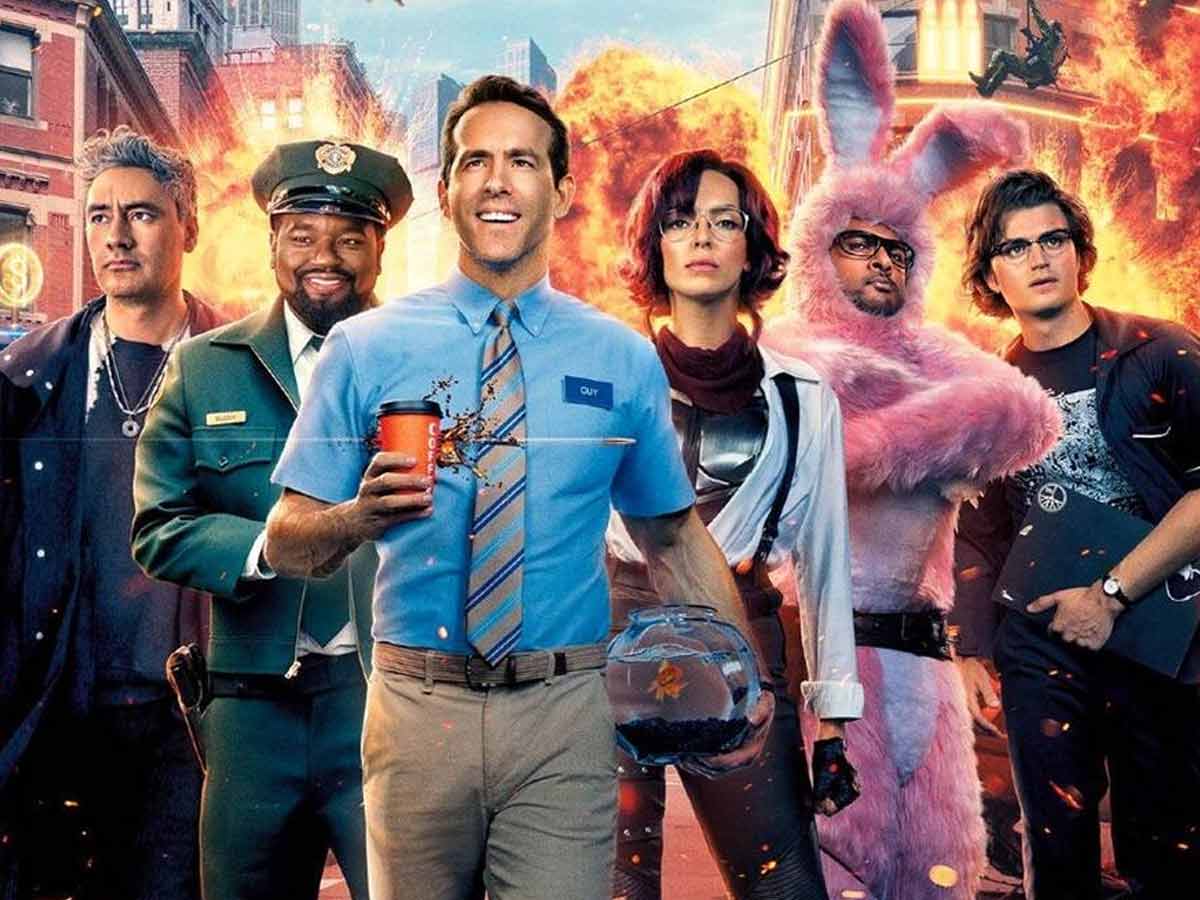 In “Free Guy,” the world is a video game. All the men and women are just players—except for Guy (Ryan Reynolds), the Spartacus of Non-Player Characters.

If you’re not sure what that implies, you’ll be confused for the rest of the movie.

The only reason to see this story about video games, good men finishing first, and the sins of corporate IP obsessions is because of the ‘Deadpool’ star — but you already knew that.

They are referred to as “non-playable characters,” or NPCs for short. If you’ve ever played an RPG (Role-Playing Game; think Grand Theft Auto or Red Dead Redemption), you’ll recognize them: the generic everyday people you see walking down the street while you, the person sitting in front of your computer or behind your PlayStation 4, are ripping shit up during gameplay.

They are the civilians you strike while racing toward a safe point, the cops you hit while chasing you during a mission, the casualties when you decide to play sociopathic sniper on a whim, the pixelated collateral damage of your escapism. They’re just wandering about in the background, repeating things. But what if these NPCs had dreams, anxieties, and goals? What if they possessed a soul? Or, at the very least, looked like a Canadian movie star and had a name? 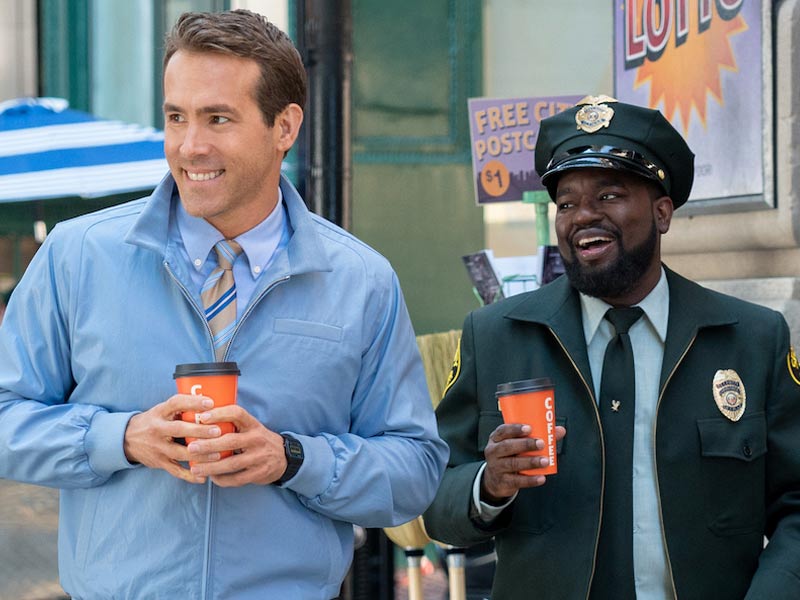 Free Guy follows an NPC (non-player character) that becomes sentient and begins questioning the laws of the highly violent world around him rather than being based on a video game. Reynolds is endearingly cheerful in the role of Guy. The latter is content with his modest existence in Free City, even though armed thieves frequently attack his bank.

Guy’s cheerful contentment, on the other hand, evaporates when he meets a lady, username Molotov Girl (Jodie Comer). Guy steals a pair of sunglasses that the scoundrels who’ve turned Free City into a den of mayhem wear and can view the city as the players do, full of power-ups, loot, and quests, which provides for some amusing references to the world of video games.

We’re treated to a slew of action sequences as Guy embarks on a new mission, foiling bank robberies, taking down rampaging gunmen, and assisting Molotov Girl in her search for a strange MacGuffin.

A tank destroys automobiles far behind Guy as he strolls along a sidewalk with a smile on his face. Director Shawn Levy continually enthralls with the action in the foreground – and then earns chuckles by plopping random devastation in the background – with skydiving, vehicle chases, bazookas, explosions, shootouts, and melees showcasing all types of weaponry. This contrast between serenity and catastrophe quickly defines the bizarre environment of Free City while also being consistently funny. 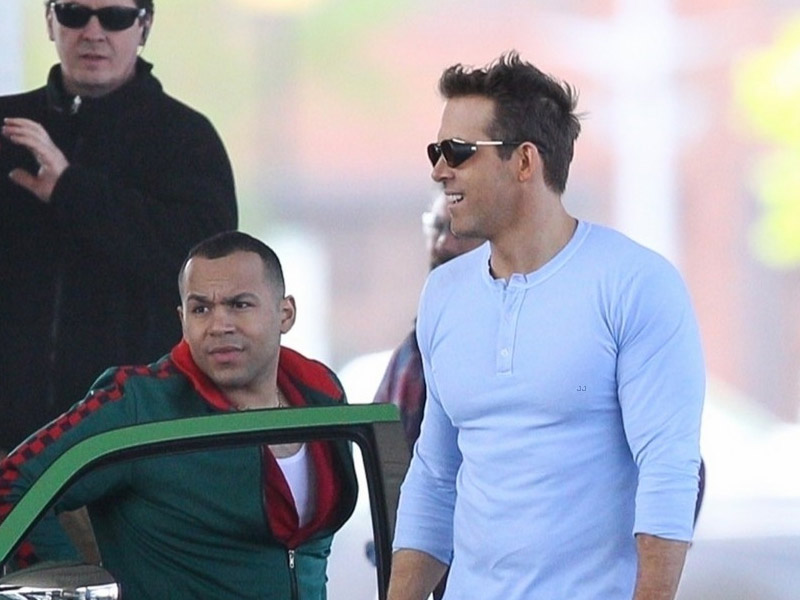 Reynolds is a spunky pitch-perfect leading Free Guy who deviates from the reputation he’s established in recent years. Snark has been his trademark in action films and comedies alike. In Free Guy, though, he loses all of his edges to play a truly hopeless romantic eternally cheerful and honest. Guy’s honesty about his unabashed glee and trepidation as he becomes a player in Free City is as enthralling as Reynolds’ excitement. It’s Deadpool’s enthusiasm without the baggage and R-rated antics. It’s all because of Reynolds’ tremendous screen presence and razor-sharp comic timing.

Reynolds has the wild charm that made Jim Carrey a celebrity in the 1990s, whether he’s excited about his fighting abilities or raving about the joy of bubblegum ice cream. Essentially, he can make any phrase humorous with a distinct intonation. Unfortunately, this film isn’t entirely about its main character.

Act Two of Free Guy shifts its attention to Guy and the designers of his game, who are at odds about code copyright. Unsurprisingly, watching programmers (Comer and Joe Kerry) debate litigation and debugging isn’t particularly amusing, especially when Taika Waititi plays their abrasive rival.

This is the point at which Free Guy transitions from amusement to blundering. While Guy fights for his love and life, the real-life characters stumble through an unfunny narrative that enables none of its stars to shine. Kerry, who was cool and charming in Stranger Things, gives a performance of a cowardly programmer. Waititi, who has wowed audiences on and off the screen with his eccentric flair, appears bored as he spouts clumsy one-liners and menacing sneers. And then there’s Comer. As the ruthless murderess of Killing Eve, she won our dark hearts.

She’s burdened with weak jokes about boners and has somehow lost the explosive gravitas that has made her a highly acclaimed TV star.

As Free Guy enters Act Three, it’s difficult to cheer for anyone, but Guy since the actual world is such a yawn.

For better or worse, screenwriters Matt Lieberman and Zak Penn include a wide range of inspirations into the picture. There are obvious Deadpool references in the opening action sequence, which is backed by a Reynolds narration, joyously poppy needle drops of Mariah Carey and Miley Cyrus tunes, and sassy confessions like claiming the first sip of coffee are “like losing my virginity in my mouth.”

The narrative is a cross between The LEGO Movie, Serenity (2019), and The Truman Show, with its everyman understanding his world is not what it appears to be and that he does not have to be an NPC in his own fate.

Free City’s gameplay, regulations, and aesthetic are inspired by Super Mario Bros., Grand Theft Auto, and Fortnite. The filmmakers then include aspects from They Live, Oedipus Rex, Simulation Theory, and Meet Joe Black for good measure.

These allusions, coupled with a few appearances, turn the film into a game in and of itself, with virtually every scene filled with fan service. This flurry of allusions is also a nod to online gaming, where fads and memes may influence skins, banter, even celebration dances. It’s enjoyable to spot them, will reward re-watching, and makes Free Guy thrillingly unexpected, because what may happen next with such opposing influences?

While enjoyable, the film’s desire to wow with spectacle creates startling story holes. Eventually, it undermines the film’s key threads and ideas. 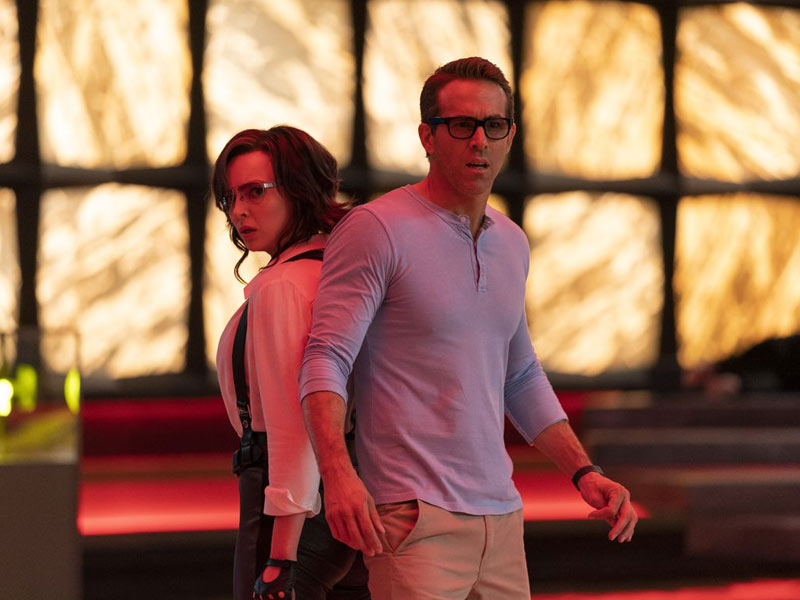 Guy’s goals are fueled by romance, but Levy is unsure how to handle that element. Throughout the meet-cute, first date, and beyond, the tenderness oscillates between real and sneering spoofery. As the romance’s ramifications seep into the actual world, they enter the uncanny valley. Then there are the blunders in its basic messaging. Free Guy passionately defends the importance of independence and innovation in art, casting its opponent as a scumbag who prefers cash-grab sequels over unique thoughts.

Nonetheless, the picture is a star-studded corporate product that revels in traditions before blatantly appropriating visuals from other Disney products. Sure, seeing famous weaponry from popular film series crop up is exciting. Still, it’s a cheap thrill that undermines this original film’s stated thesis.

The opening hour of Free Guy is incredibly entertaining, packed with gonzo action, silly jokes, star power, huge concepts, and lots of Easter eggs for movie and video game fans. However, the joyous voyage is disrupted in the second half by a slog of a side mission, falling short of the promising set-up. On the other hand, Ryan Reynolds provides riotously uproarious pleasure in an eye-popping, creative world that treats gaming like the paradise that it is. So, even with its bizarre detour, Free Guy remains a thrilling trip worth the price of admission.