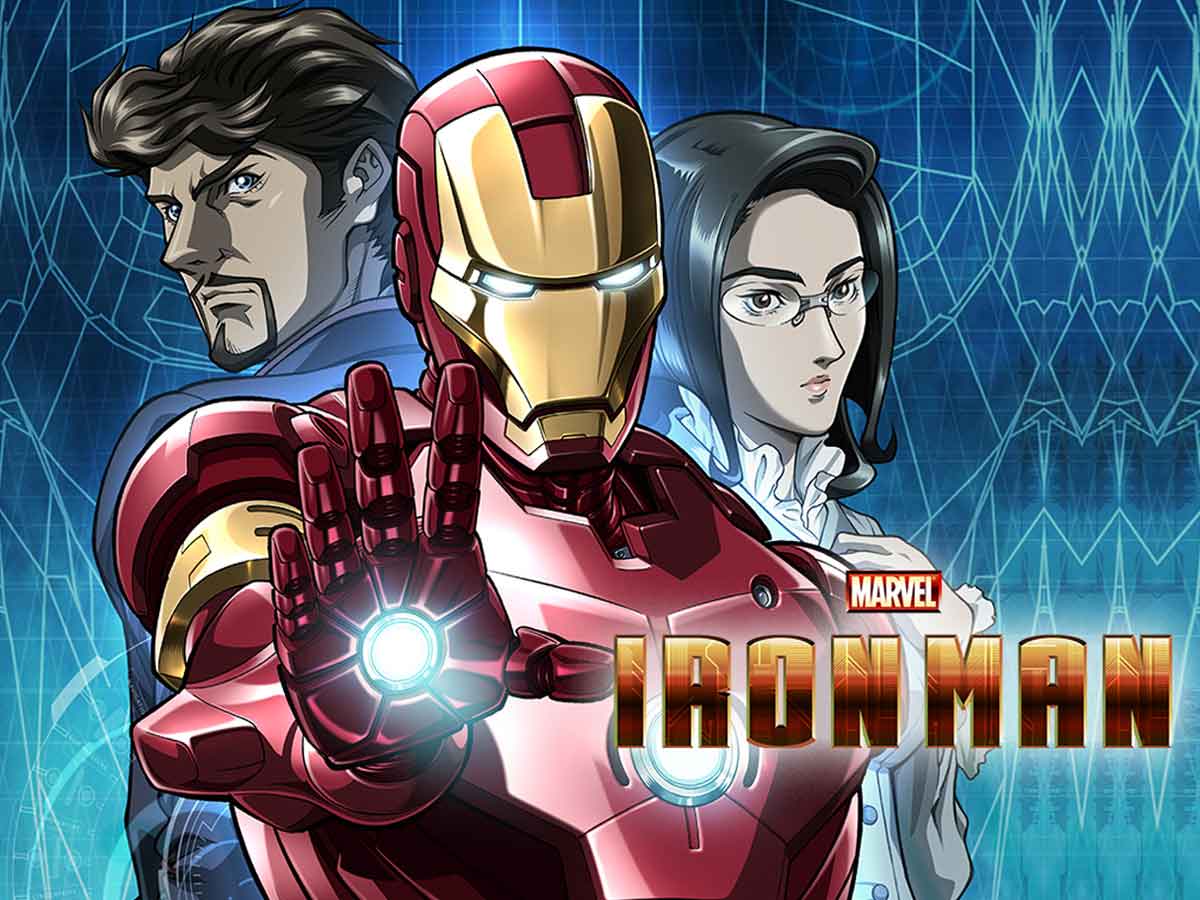 Tony Stark creates waves wherever he travels, from the United States to Japan. Marvel leaped at the chance to create an Iron Man anime that would reach a worldwide audience by collaborating with the Japanese animation firm Madhouse.

Iron Man anime, the show’s 12-episode run, was characterized by its extremely complex animation, which covered everything from a furious Tony’s snarled expression to the shimmering shine of his armored suit. He retires and moves to Japan, where he trains a squad of pilots to operate the Iron Man Dio Armor in his stead. When the armor is taken by the Zodiac, he is forced to protect the country against his own invention.

Adrian Pasdar, who was dubbed in the United States, matured into a more mature version of the character coping with the political implications of his acts. Despite being unrelated to the series, Madhouse created other direct-to-video Marvel films, including Iron Man: Rise of Technovore and Avengers Confidential: Black Widow and Punisher. On those flicks, Matthew Mercer would take over the vocal roles, colorfully depicting Stark’s smart guy attitude as well as his more manic depressed state, offering audiences a portrayal of the character unlike any other.

Tony Stark is up against a task unlike any he’s faced since becoming Iron Man: Japan. While his latest arc reactor research may mean free energy for the entire globe, things begin to spiral out of control for a superhero on the point of retirement. The theft and hacking of his prototype Iron Man Dio suits set in motion a series of events that leads to Stark confronting the enigmatic cyber-terrorists known as Zodiac. 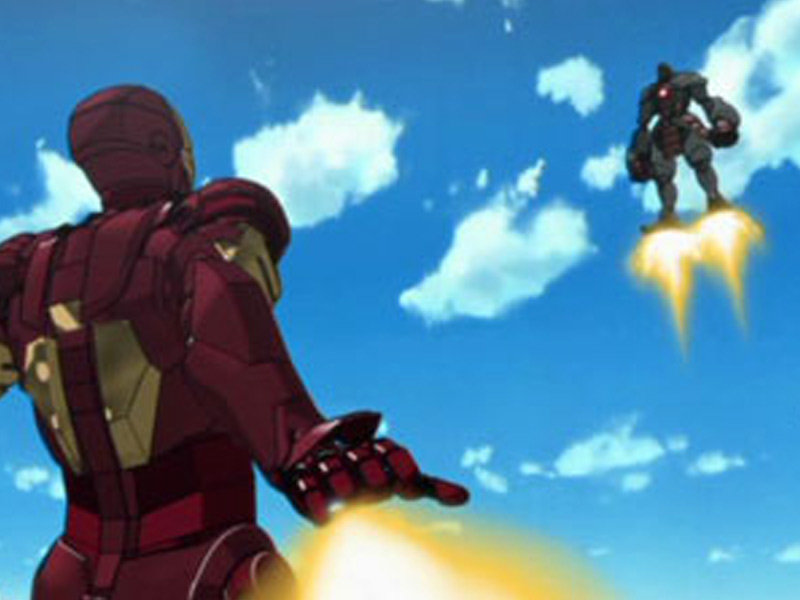 To make matters worse, Stark is coming under increased scrutiny from Japan’s government and people, who regard him as a threat to national security whose Iron Man suit is nothing more than a weapon of mass destruction.

While Stark attempts to preserve the peace, Zodiac intensifies their attacks, resulting in shocking discoveries regarding Stark’s ties to one of their major members. Can Tony Stark earn the public trust of a country that despises him while protecting Japan from the actual threat confronting them?

This Marvel series was, in some ways, unavoidable. Given Tony Stark’s mecha Iron Man outfit, Iron Man appears to be a perfect choice for anime. Surprisingly, while this is correct, it is also the aspect that appears to be the least crucial to this program, which is a positive thing to a significant degree.

The main goal of translating the Iron Man anime to this media is to illustrate the contrasts between Tony Stark and Japanese society. He comes out as a swaggering, arrogant know-it-all playboy. The latter is unwilling to give an inch in surrendering to a foreign way of thinking. To put it simply, Tony Stark is Tony Stark, for better or worse. As a result, he openly flirts with both his top scientist and a local reporter, irritates the government, and fails to comprehend the residents’ worries. It’s a collision of civilizations, and the characters all benefit from it.

The story’s quality fluctuates throughout. Individually, each episode may not seem like much, and only a handful of the twelve episodes can be called true standouts. 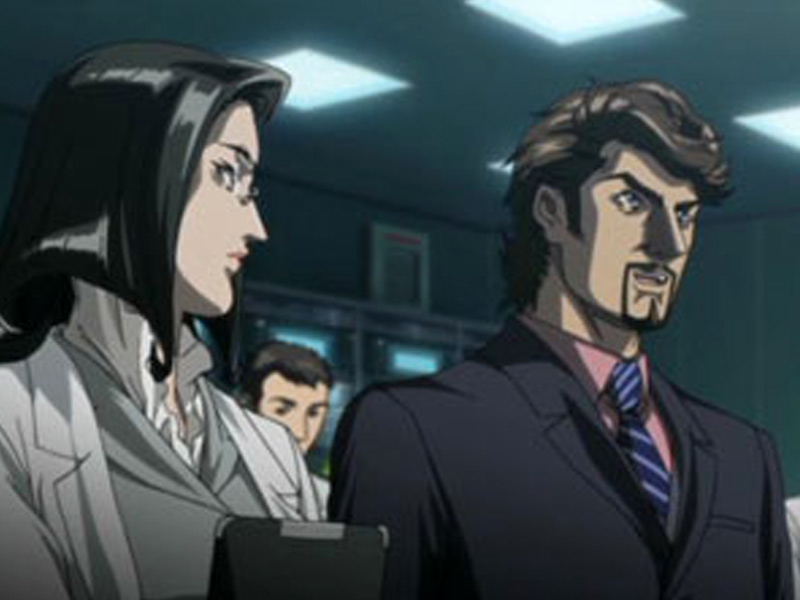 However, the main narrative works, even if some of the episodes may appear to be treading water or just dead ends. There is a curve every time it appears like the program is going through a monotonous loop of villains assaulting and Iron Man anime soaring about shooting repulsors and striking objects. Sometimes it’s a heartbreaking story about a lonely hacker who’s simply following his commitment, and other times it’s about Stark unintentionally adopting an orphaned daughter, and moments like this keep things new and fresh.

Beyond Stark, there is enough attention on the new characters for viewers to come to know them and understand their motives. Ignoring the somewhat meaningless Wolverine cameo, the relationships between Stark and others make this so interesting. Could Stark really be in love with Dr. Tanaka? Will Nanami ever be able to persuade Ichiro to quit eating in her car? And, when he dons his Ramon Zero suit, will the valiant Captain Sakurai truly become Japan’s, Iron Man?

Unfortunately, the Iron Man anime and X-Men anime adaptations aren’t flawless. While flawed in structure and overall execution, both miniseries do not always succeed in transferring the enchantment of classic comic book characters to the realm of anime. However, compared to X-Men, Iron Man anime is a more accurate, thrilling translation with less fluff and a greater grip on Tony Stark’s persona.

Sony Picture Home Entertainment and Marvel provide Marvel Anime: Iron Man – The Complete Series on DVD. The program is divided into two CDs. The set contains the complete 12-episode run. The series is shown in 1.78:1 anamorphic widescreen format, with English (dubbed) and Japanese 5.1 Dolby Digital audio. English subtitles are also available as an option. At the moment, no Blu-ray release is available. However, for those looking for a higher quality presentation than a DVD, the show is available in HD on Amazon Instant Video and iTunes. 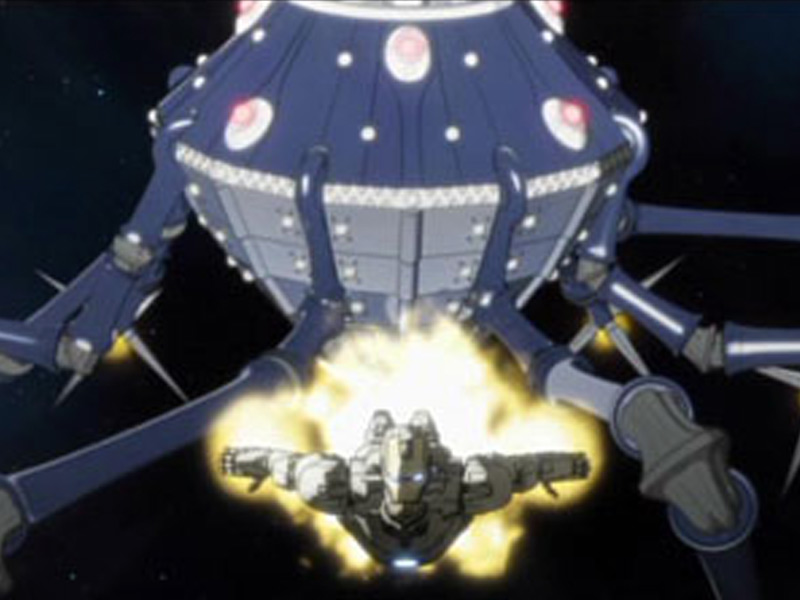 The Iron Man Anime transfer is comparable to the X-Men anime, albeit the compression is not nearly as intrusive here. Again, like with many anime, the graphics are a little fuzzy and blurry, but the color scheme is rich and lovely. Although audio is mixed in Japanese and English, both tracks sound almost identical, at least in terms of overall mixing. The English dub is fairly solid, with good voice acting. It truly comes down to personal taste here – both tracks provide an immersive, compelling soundscape with minimal flaws.

Bonus features are comparable to those seen in the X-Men anime. On disc one, there’s a 10-minute look at the adaptation, followed by a 5-minute chat with Japanese actor Keiji Fujiwara. This feature is available in Japanese with English subtitles. Disc two has two more bonus features, as well as a few previews. The first bonus is a 7-minute documentary focused on the character of Iron Man/Tony Stark. It’s rather general. The next bonus is a 30-minute conversation with the anime creators about not just Iron Man.

The Iron Man Anime is far superior to the X-Men Anime. However, it is still not a flawless fusion of the two mediums — comic books and anime. However, suppose you’re a fan of Iron Man. In that case, you should absolutely see this one, if only to witness how the adaptation came to life through the eyes of a Japanese audience.

Keep in mind that this is a genuine anime. The English dialogue is dubbed from the Japanese original. I watched the English dub, but there is also a subbed version available. Dubs might be uncomfortable at times, but the vocal talent utilized here is excellent. The dialogue is snappy, and Tony Stark’s little witticisms are well received. Tony Stark/Iron Man is played by none other than Adrian Pasdar. That’s right, the actor who portrayed Senator Nathan Petrelli in Heroes.

The writing propels the tale forward at a rapid speed. The authors were able to compress a large plot into a series of mainly self-contained episodes. Every episode has a satisfying start, middle, and finale. Nonetheless, each episode serves to further the overarching storyline. Warren Ellis, the amazing and skilled writer who guides the overarching plot, is excellent writing. 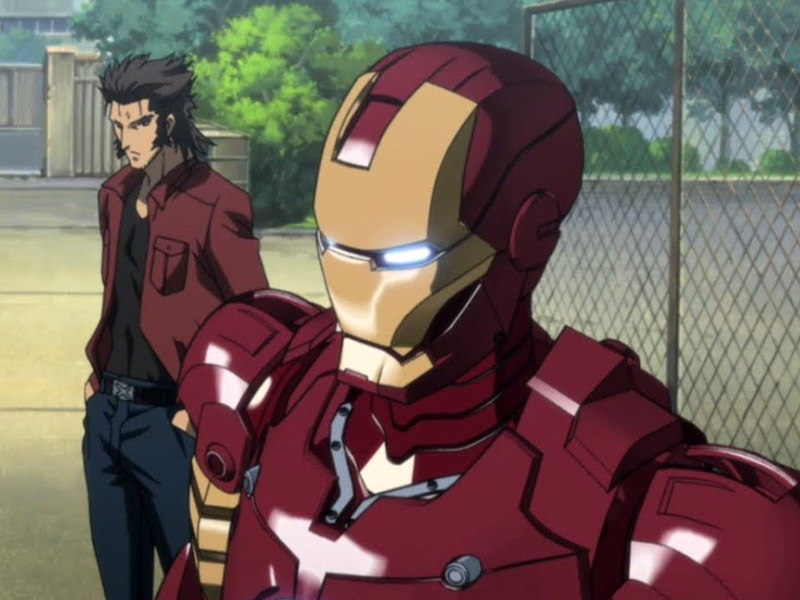 You’d think that with the Madhouse animation company under the helm, the animation would be top-notch. In this situation, you are correct. Even during the fast-paced action moments, the animation flows nicely. You can see a lot of effort was put into getting this thing moving in the correct direction.

Although well-made, I cannot claim that this series had everything going for it. I love clever stories, and Iron Man anime has many of them. However, if you pay attention to what’s going on, none of the big disclosures will come as a surprise. Overall, I believe this is a worthwhile series to watch. Because the show appeals to multiple distinct groups simultaneously, it has the potential to attract crossover viewers. You’ll probably be able to finish all of the episodes in a day or two and be happy when it’s done.

The program is a wonderful mash-up of several favorite things, including the Iron Man films, comic books, and anime. I didn’t feel overwhelmed by it. For example, I doubt I’ll ever watch it again. But that’s just my opinion. You may adore it. There’s a lot to like there. This isn’t the best or worst game for me; it’s just something to do to pass the time.