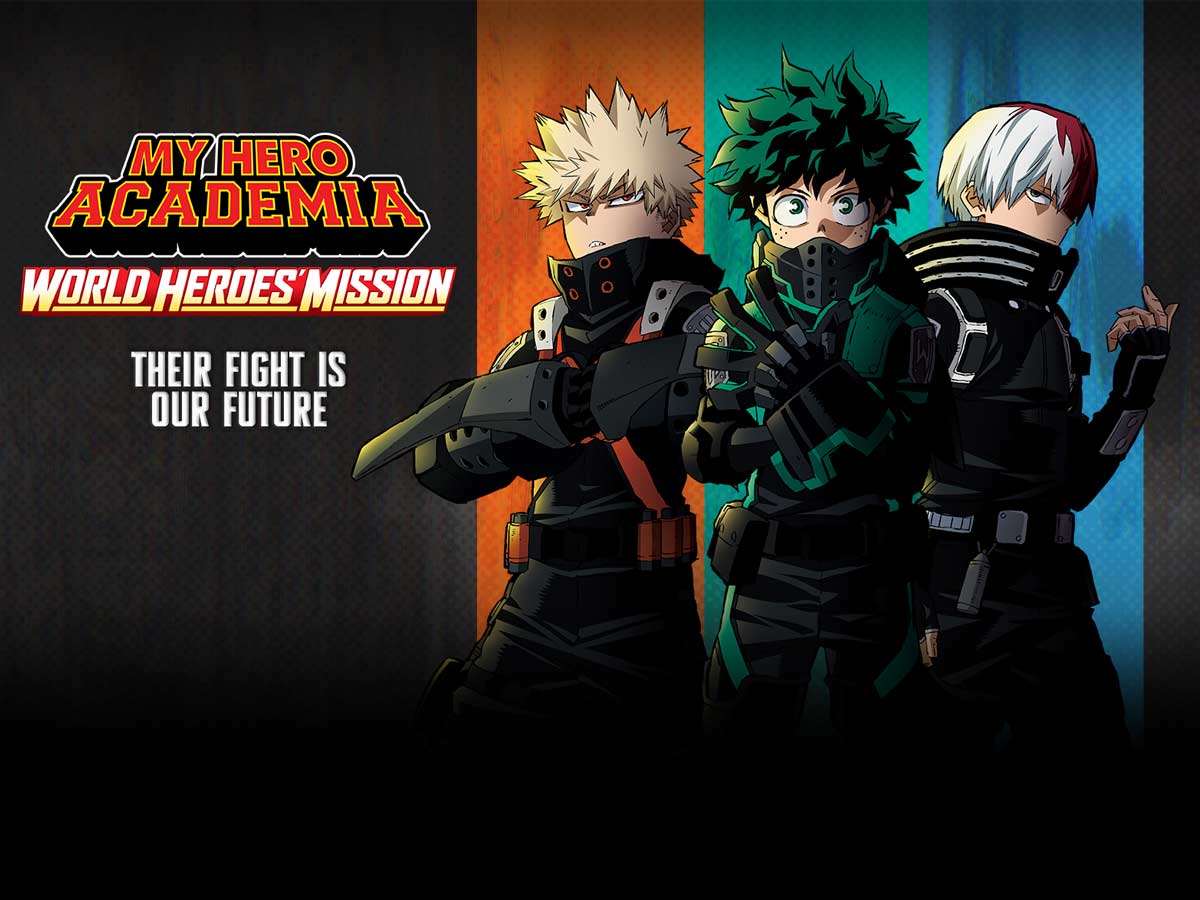 My Hero Academia World Heroes Mission, the latest My Hero Academia film, is another over-the-top action spectacular that is guaranteed to please longstanding fans. And perhaps win some new ones as well.

Fans should know what to expect from a new My Hero Academia film by now. No matter how thrilling or shocking it is, it has no impact on the overall tale and is forgotten as soon as the next episode airs. My Hero Academia World Heroes Mission outperforms the MCU in terms of heart and even graphics, with some of the strongest and most aesthetically breathtaking moments not only in the franchise, but in superhero movies. Make no mistake: this is not a movie for newcomers. However, if you are a fan of My Hero Academia, this is a crowning cinematic achievement for the famous brand that deserves to be seen on the widest screen possible.

In a world where 80 percent of the population possesses a superpower, we finally have an anti-quirk villainous group, the Humarize, who aim to attack heroes with bombs that release a poisonous gas that only kills people with powers because they think Quirks will bring about the end of the world. Amid all of this, we encounter Izuku Midoriya, who is on the run after being wrongfully convicted of mass murder and must dodge both authorities and the terrorist organisation while attempting to prevent them from killing all pro-heroes.

My Hero Academia World Heroes Mission utilises its villains to go on a darker trip that questions its view on heroes and oddities, raising it beyond merely a side plot and essentially into X-Men territory — particularly, X-Men: God Loves, Man Kills, which served as the major inspiration for X2. Humarize works because it contradicts the show’s customary attitude toward eccentricities and abilities. In the terrorist gang, there are even a few villains with superpowers, which adds to the ideological threat they bring — the conviction that peculiarities are a mistake. It also helps that the baddies are housed in an H.R. Giger-style lair.

Khei Horikoshi, the creator of My Hero Academia, is well-known for his love of Marvel comics, and nowhere is this more clear than in the way My Hero Academia World Heroes Mission captures the spirit of early Stan Lee and Steve Ditko Spider-Man comics. This is owed not just to Deku’s new flinging ability, but also to the film’s genuine approach to character and its overwhelming optimism in the face of high risks. Like Silver Age comics, the film features various characters with ludicrous yet endearing peculiarities, such as the return of Godzillo, the kaiju hero, or a hero with Egyptian hieroglyphic power.

Rody is a new member of the Hero Academia franchise, developed for My Hero Academia World Heroes Mission. The character undertakes a lot of heavy lifting, stretching Deku’s concept of survival and a more grey view on morality. An elder brother whose entire existence revolves on surviving by whatever means possible, whose murky perspective on morality forces Deku to confront the reality that “good” isn’t necessarily, well, “good.” Rody, an emotive figure, is the film’s heart. He serves as a mirror for hero society to examine its flaws, as well as for Deku to better understand himself.

In fact, the brilliance of Rody’s character development, both narratively and in terms of voice acting, makes the fact that My Hero Academia World Heroes Mission is a standalone a little disappointing. This is because of a typical problem in anime features linked to franchises: introducing a new character just to have them effortlessly written away because they can’t have a large impact on the overall tale. That’s a shame, because Rody is the heart of the film.

The pacing is a little off. Too much emphasis is placed on Rody and Deku on the run. This results in lengthy sections of the film where the rest of the heroes are off screen or only appear in montage pieces rather than having meaningful roles. The Deku/Rody narrative works well and has a strong arc. Those hoping to witness as many heroes in action as in Heroes Rising will be disappointed. The English dub, like in previous films, is powerful, and the actors convey the inflections and emotions.

This time, the team of heroes and heroes-in-training must prevent a pro-human terrorist organisation called Humarize from releasing Trigger bombs that murder anybody with quirks or powers. Their leader, an intimidating blue-skinned entity dubbed Flect Turn (Robbie Daymond), is afraid that pure humanity is on the verge of extinction and attempts to rebalance the scales in favour of humanity.

That’s a fantastic idea from screenwriter Yôsuke Kuroda. The most troubling part of this franchise, as it always has been, is its total lack of diversity. With so many hundreds of heroes, it’s a shame the writers don’t recognise the inherent importance of include characters of colour in the mix.

These explosives have been hidden all across the world by Flect Turn. It is up to the heroes to track them down and stop them from causing irreversible damage.

Izuku Midoriya/Deku (Justin Briner) is part of a squad sent to retrieve the Trigger Bombs when he comes across Rody Soul (Ryan Colt Levy). Rody, desperate to support for his two younger siblings, accepts an unusual courier job that places him squarely in the heart of the Heroes vs. Humarize battle. Deku and Rody are on the run from the authorities when an unpleasant occurrence occurs, when Humarize attempts to collect the mystery parcel in Rody’s hands.

The aesthetics of My Hero Academia World Heroes Mission are quite impressive. Yutaka Nakamura’s impact animation shows through in some of the year’s most hard-hitting, grounded, and fluid, animated action sequences. There’s even a scenario story boarded to seem like a lengthy take, demonstrating how well the superhero genre works in animation. As the battles meet the stakes of the plot with a startling quantity of blood and significant injuries, the camera is continuously moving, flying between strikes and spinning around our protagonists in complicated sequences. Deku is also at his most strong after his encounter with Overhaul. This culminates in a new ultimate power that is as much fan service as watching Captain America lift Mjolnir.

No matter how thrilling or interesting the picture is, it cannot escape the fact that it should function as a stand-alone film, apart from the canon. As high as the stakes rise, there are no ramifications for the franchise’s future, making it all seem less significant. It’s also upsetting since the show’s existing antagonists are nothing near as terrifying as a gang that plants explosives all around the earth that can instantaneously kill all the heroes.

My Hero Academia World Heroes Mission is both the best and worst of the franchise’s cinematic output: it’s beautiful to look at, has fantastic fan service moments that work wonders on the big screen, and soaring high stakes that make for a thrilling experience that is ultimately, well, kind of meaningless because it’s not technically canon. You’ll be disappointed if you expect this to be a major chapter in Deku’s broader plot, but if you can get beyond that, this is My Hero Academia at its most exciting and enjoyable.

Overall, My Hero Academia World Heroes Mission isn’t the finest of the franchise’s feature films, owing to the marketing hype. However, if you walk in with no expectations–such as seeing the boys in their stealth suits for a lengthy amount of time — this picture works well as a stand-alone. Sure, we don’t get broader ramifications that continue over into the canon story’s timeline, as we did in the second feature, but My Hero Academia World Heroes Mission works wonderfully as a solo film. While it may not be the best film for established fans, it is an excellent starting place for newcomers meeting the characters for the first time.