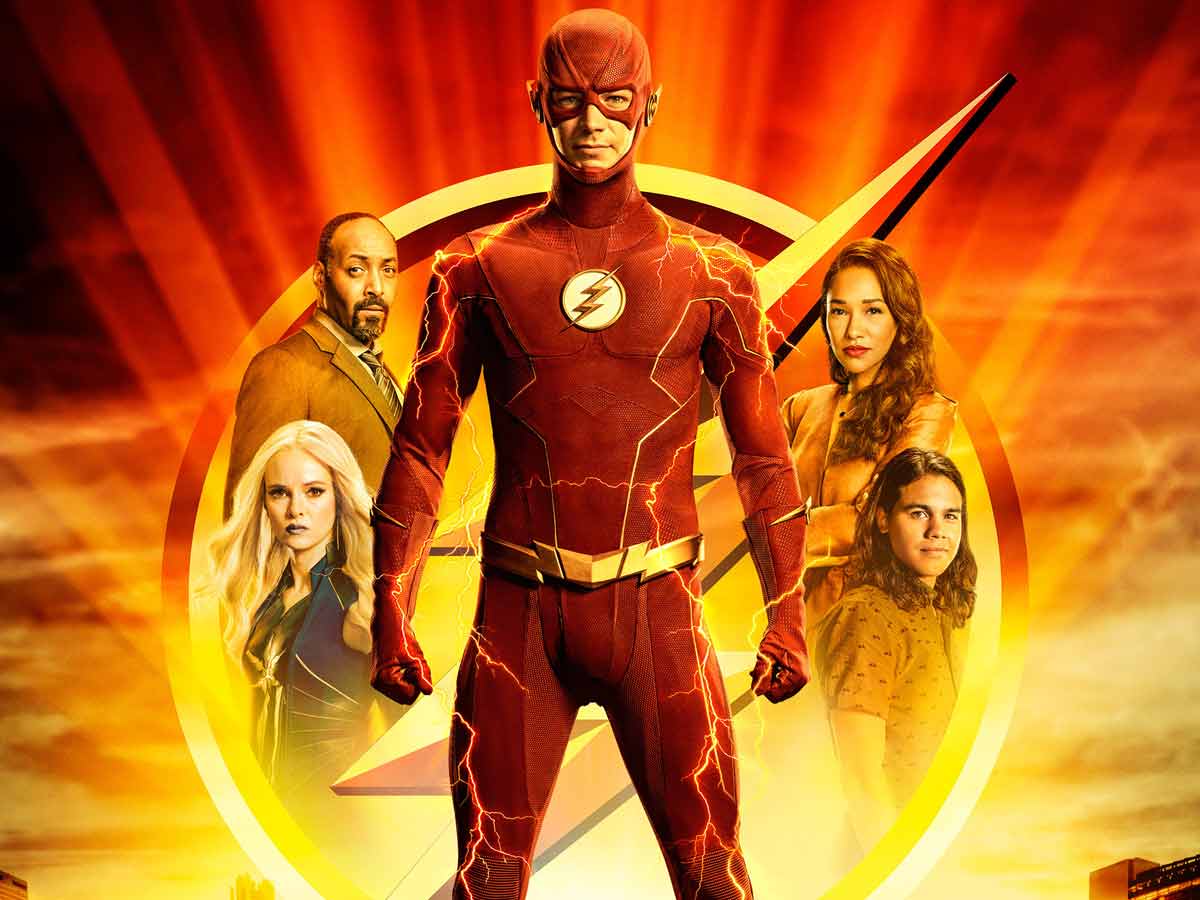 Central City is still trapped in the crossfire of dueling speedsters, requiring some unexpected support. The following is a spoiler-filled recap of The Flash.

On The Flash Season 7 Episode 16, Godspeeds rampaged through Central City. Who better than Spartan himself to assist Team Flash in saving the city?

WARNING: This article includes spoilers for The Flash Season 7, Episode 16, “P.O.W.,” which aired on The CW on Tuesday.

The War of the Godspeeds continues on The Flash, but Barry and his companions are helped by an old friend: David Ramsey’s John Diggle. And the former Arrow star’s appearance couldn’t have come at a better time, as his pre-existing relationship with Barry – and overall stand-in for Oliver Queen-status – manages to inject this otherwise incomprehensible tale with something that really feels like emotional stakes for the first time. 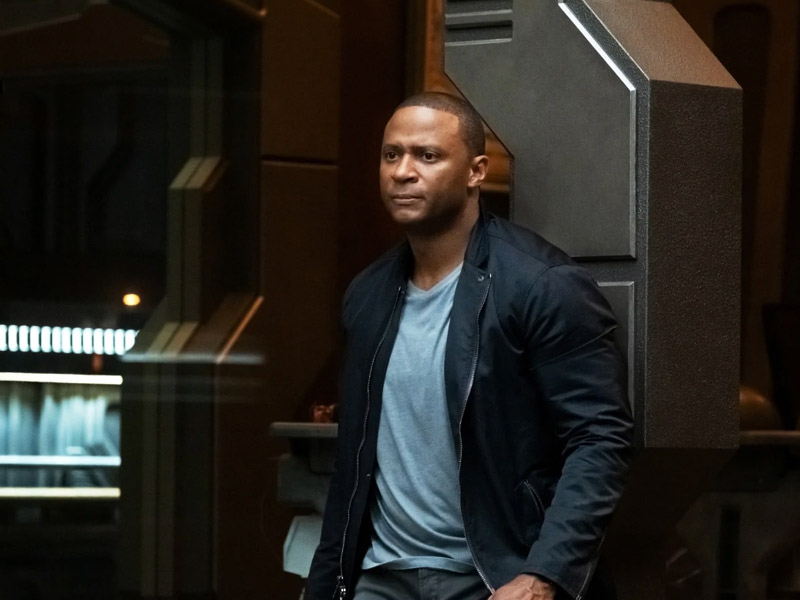 Team Flash receives a slew of help from old and new friends, and it couldn’t come at a better time. Following the events of the last episode, Central City is still under the control of various factions of the villainous speedster Godspeed who are fighting amongst themselves. Even with backup, the stakes have never been higher as lives are lost while others are perilously close to death.

Central City has plunged into bloodshed since the arrival of competing Godspeed groups. At the same time, Barry Allen continues to have visions of his time-displaced daughter, Nora, telling him that history has been tragically rewritten. Desperate to assist in the evacuation of parts of the city caught in the crossfire, Barry narrowly escapes a skirmish with the Godspeeds, returning to S.T.A.R. Labs to learn that the electrical feedback caused by the speedster conflict has effectively cut off Central City’s electronic communications with the outside world. This doesn’t stop their old buddy John Diggle from joining them from the outside, armed with a weapon, to halt the battle before becoming uncontrollable.

Diggle explains that he possesses A.R.G.U.S.-developed technology that can trap moving things in time through plasmatic waves. Barry and Diggle use modem-speak to lure a Godspeed into one of the A.R.G.U.S. traps and bring him back to S.T.A.R. Labs. Diggle suffers a severe headache while demonstrating the new technology, which the rest of Team Flash noted before they proceed with their plan to catch a Godspeed and uncover why they’re fighting. 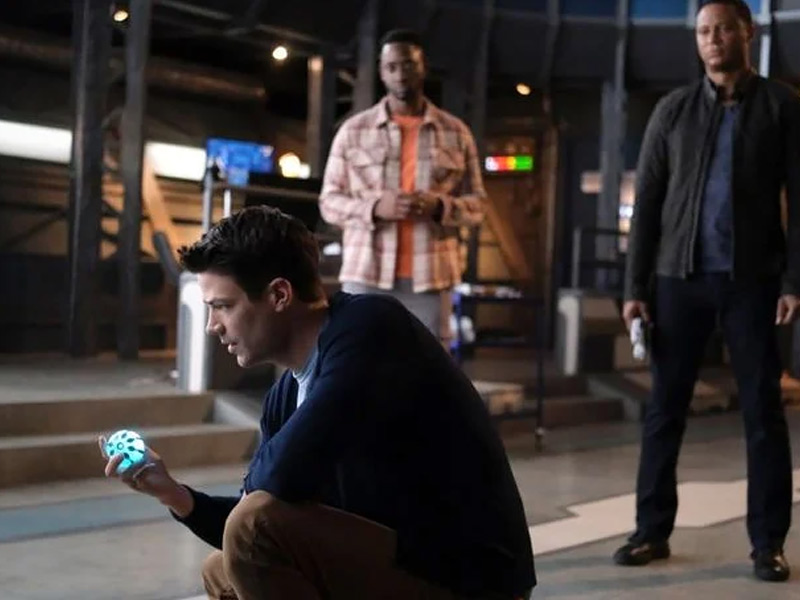 The Godspeed replica discloses that the speedsters are on the hunt for their original progenitor, August Heart, looking for an upgrade that would end their lives. After Barry declines the copy’s invitation to join them in murdering August, the duplicate attacks Barry and destroys the speed trap before fleeing.

After snapping at Chester, Barry quietly admits to Diggle that his anxieties about his family plans, spurred by Nora’s presence, have set him on edge. Allegra overhears this discussion and resolves to assist her cousin Ultraviolet in preventing Black Hole from conducting any additional unlawful experiments. Meanwhile, Barry races forward through time to the year 2049, only to be intercepted by a swarm of Godspeeds and hurled into an extra-dimensional world inhabited by the Forces. Deon explains that he utilizes the Still Force to keep Iris in the timeline during the Godspeeds feast on the Speed Force.

Unfortunately, the Godspeed plot’s largely inexplicable but mostly messy fun is almost completely derailed every time The Flash returns to the equally terrible Kristen Kramer and Esperanza subplots, both of which seem to exist for no other reason than that someone somewhere made a promise Jesse L. Martin and Kayla Compton to do something in the season’s final set of episodes. Don’t get me wrong: Allegra has grown on me this season, and I will always root for Joe West, but these two tales feel completely out of place in the greater arc of Season 7.

Allegra comes too late to assist her cousin fight Black Hole, with the gravely injured Ultraviolet dying in her arms, furious that Allegra did not follow her when she most needed her. 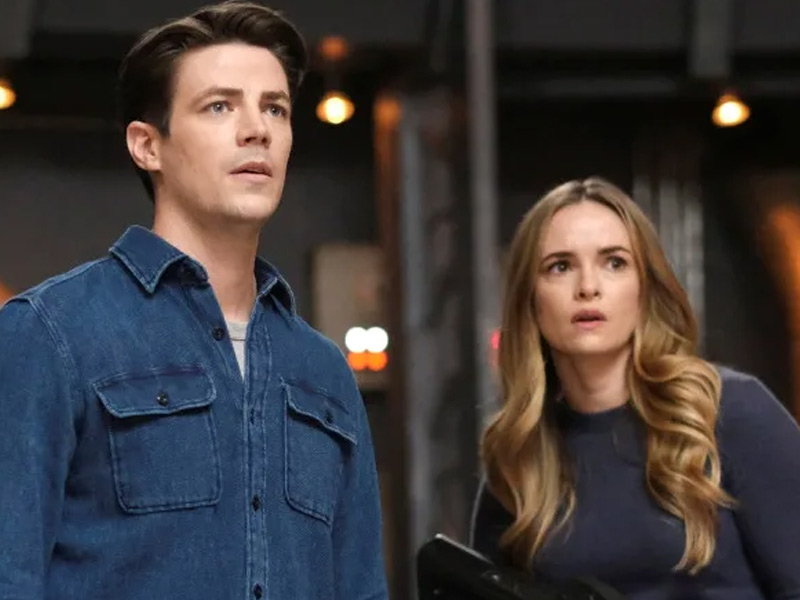 Diggle, Cecile, and Killer Frost save August from a Godspeed and return him to S.T.A.R. Labs, where they discover he is suffering from severe memory loss. Diggle flees Central City before the next wave of Godspeeds to cope with his Green Lantern fate, which is most likely connected to his crippling headaches.

Joe and Kramer are shown to have survived the car bomb put in their vehicle while searching for Kramer’s surrogate brother and betrayer, Adam, outside of town. Turning the tables on Adam, the rogue metahuman confesses that he betrayed Kramer and the military in exchange for the tests he underwent due to his extraordinary powers. Despite Kramer’s threats to kill him, Joe manages to calm her down, insisting on taking him in by the book instead.

After Cecile and Barry commiserate in S.T.A.R. Labs about the impending Godspeed attack, Barry has his complete reunion with Nora. She tells him that her resurrected presence means that everything will be well with Iris. And this unplanned family reunion of two turns into a party of three when Nora presents her father to her brother – and Barry’s future kid – Bart Allen, leaving Barry speechless as the young racer makes his debut. 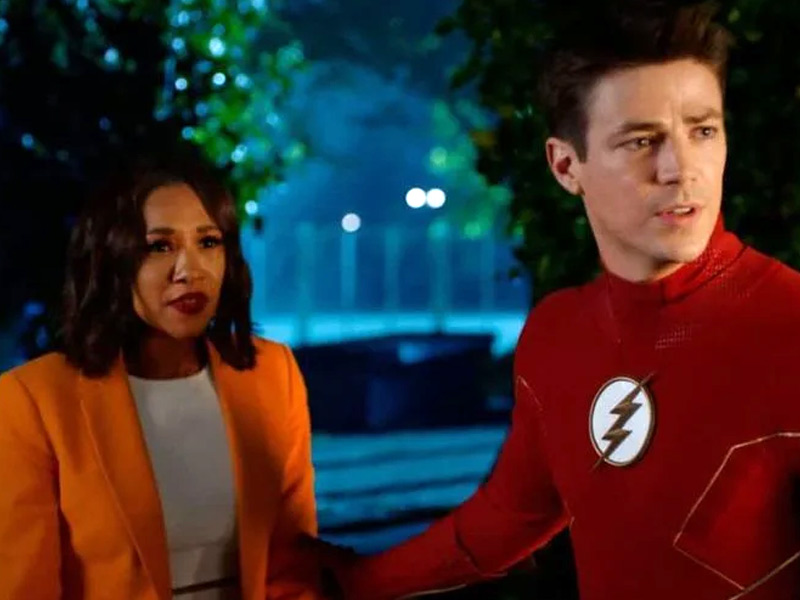 “P.O.W.,” like “Enemy at the Gates,” is one of those episodes whose value will skyrocket if the last two episodes of Season 7 manage to come together into a solid tale. If the Godspeed storyline is as fantastic as we all hope it will be, if Nora and Bart’s arrival and the series’ 150th episode nail all the emotional beats that make our hearts swell three sizes, this will suddenly become an hour that we remember warmly for being a part of it all. If they don’t, well, it’s not like we haven’t experienced enough disappointment this season. Let’s hope for the former.