Home Arts & Entertainment Film The Flash “Heart of the Matter, Part 1, Grand Finale or a... 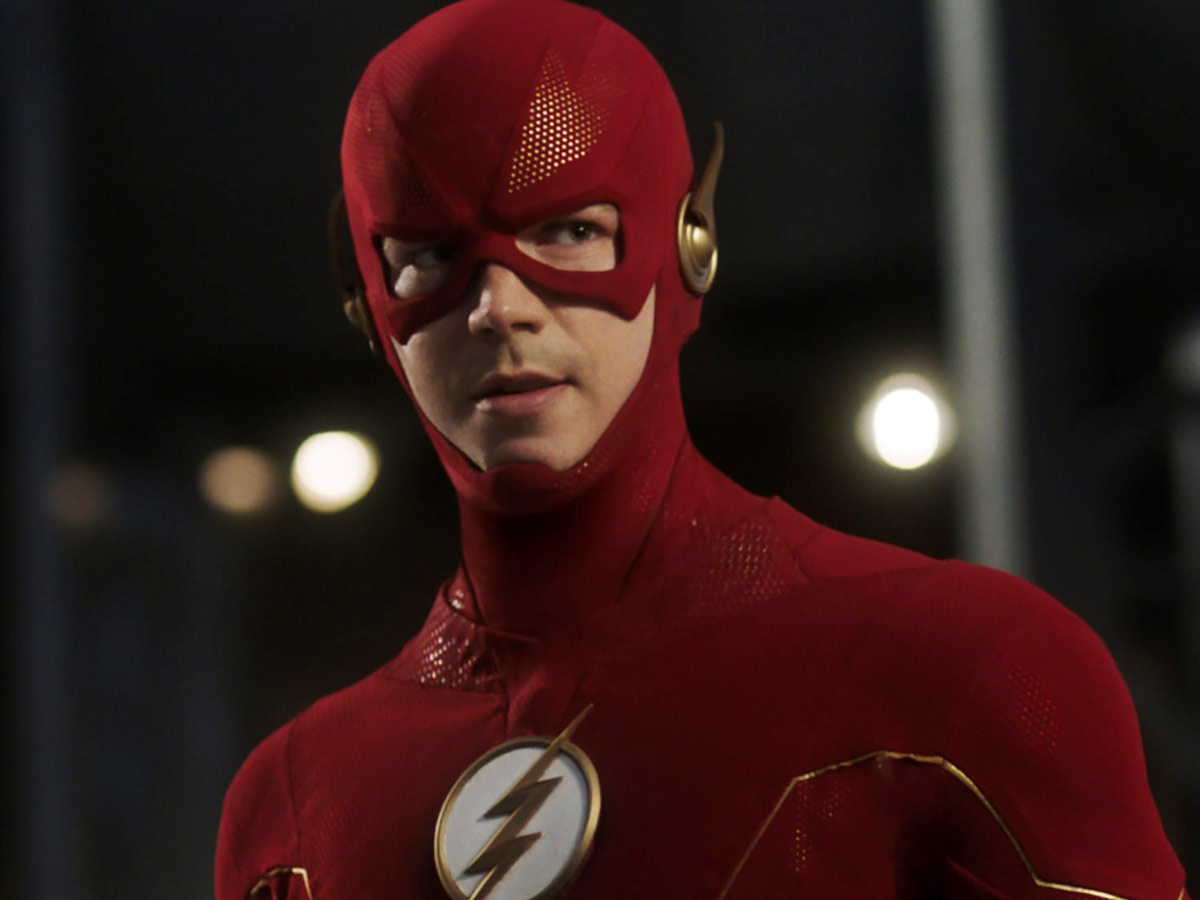 Central City is in jeopardy as the Godspeed War spirals out of control. Here’s a spoiler-free summary of The Flash’s most recent episode.

Warning: This post includes spoilers for The Flash Season 7, Episode 17, “Heart of the Matter, Part 1,” which aired on The CW on Wednesday and on Prime Video.

If you Missed our Review of The Flash previous Episode Click Here.

As the warring Godspeeds threaten to engulf Central City in their time-displaced battle, Barry discovers that a surprising reunion with his children, who are visiting from their own timeline decades into the relative future, has occurred. As the battle against Godspeed gets more personal, additional reinforcements are called in as the destiny of Central City and the whole Flash family hangs in the balance. 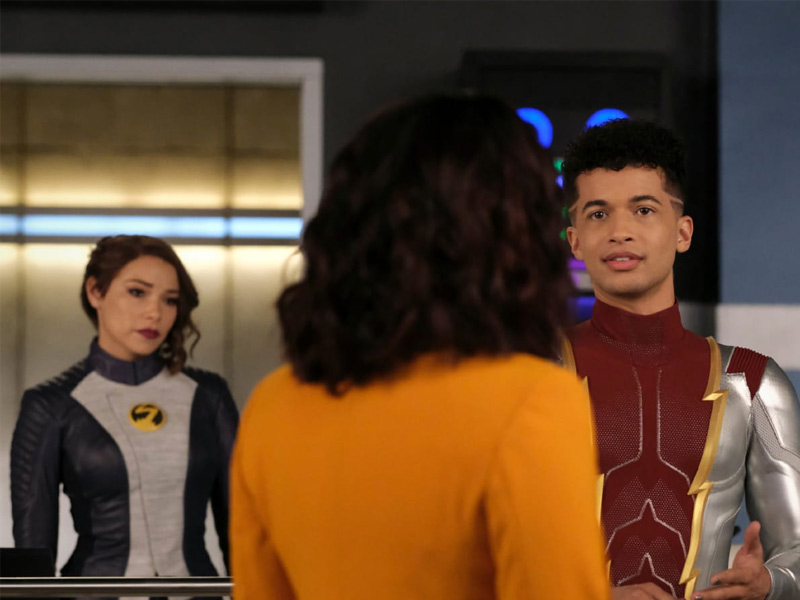 In 2049, Godspeed is destroyed by the combined efforts of XS and Impulse, and Bart Allen is obviously still irresponsible as a superhero, upsetting his elder sister. On the other hand, Godspeed nearly escapes by using the Cosmic Treadmill at the Flash Museum (the converted S.T.A.R. Labs building) to return to the Arrowverse’s relative presence. As the children of Barry and Iris meet with Team Flash, it’s apparent that in this altered post-Crisis timeline, the time-displaced superheroes are already familiar with their parents’ new teammates. But with the Godspeeds prepared to intensify their attacks, Barry urges his children to assist him out with the wicked speedsters.

The Flash Season 7 has been many things, but the fun hasn’t always been one of them. And, while the August Heart timey-wimey stuff in this episode is still perplexing, it’s not the first time The Flash has messed with their own internal logic or the basic principles of time travel. The Godspeeds remain aesthetically fascinating, and the way the program links them to Bart and John Wesley Shipp’s Jay Garrick is nicely done. 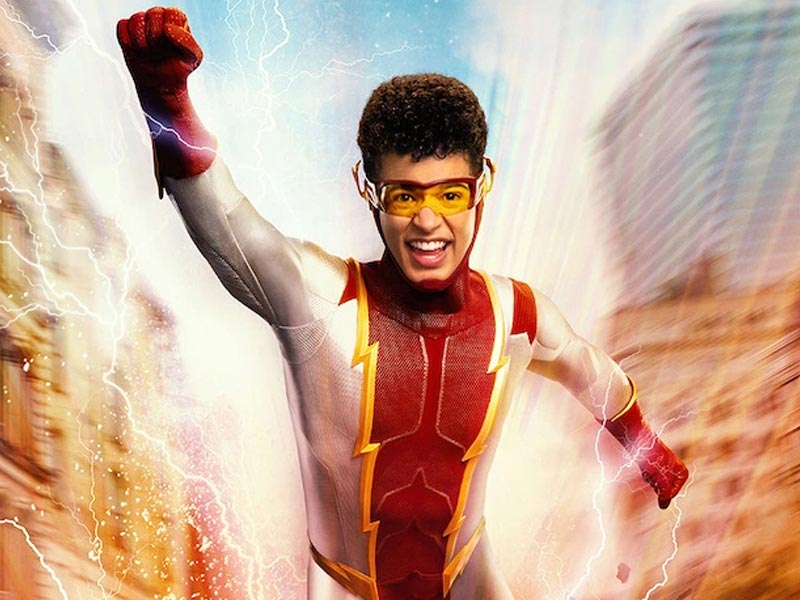 As Barry prepares to escape with his children against the Godspeeds, Nora reminds her father that he and Iris had told her stories about her pre-Crisis existence, molding her own view on life. As the Flash family confronts the Godspeeds, it becomes clear that the supervillains are concentrating their efforts on Impulse, pausing their hostilities to focus on Barry’s son. As the Flash family returns to S.T.A.R. Labs, Bart angrily reveals that Godspeed is his arch-nemesis, just as Iris emerges from the Still Force to rejoin him. Barry’s plea for speedy reinforcements is heard by Jay Garrick, but he is caught by Godspeeds before leaving Keystone City.

The West-Allen family removes Bart from the battle against Godspeed because he is too emotionally invested in approaching it with the necessary level of caution, with Bart sadly recalling to his sister how Godspeed murdered Jay, who was his greatest mentor growing up. After a devastating battle with the Godspeeds, Chester discovers that a gadget he created to defeat them requires Allegra to charge it. The photonic superhero is still grieving the loss of her cousin, causing her abilities to fluctuate.

Godspeed asks that the squad turn over Bart in return for Jay’s life while the team considers their next step. Before Cisco, the Godspeeds capture Bart in a small church with Jay. Ramon reappears unexpectedly, allowing the heroes to return to S.T.A.R. Labs. 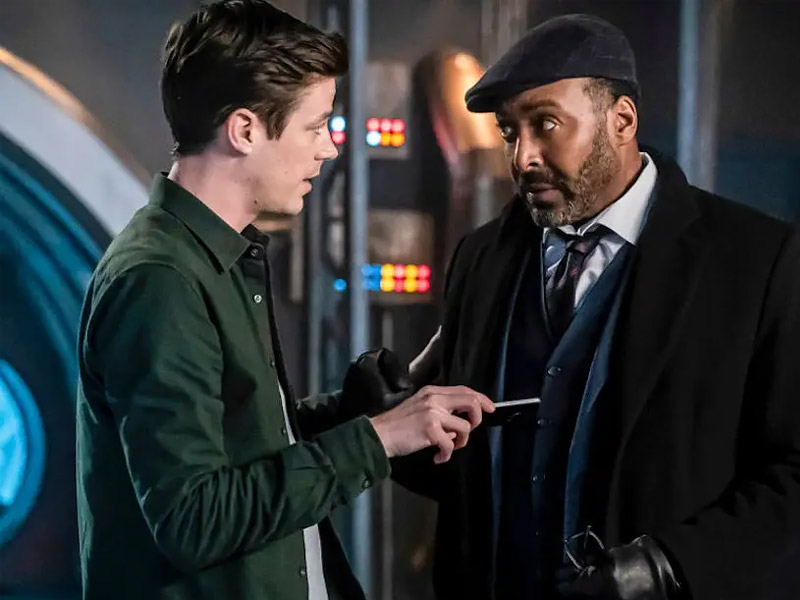 As Joe and Kramer hand over Adam to the federal authorities in Midway City, Kramer subtly omits the fact that Adam revealed the original Kramer was killed when he betrayed their military squad years ago, an omission that Joe notices. While Kramer refuses to discuss the matter further with Joe as they return to Central City, they are both taken aback by the mass exodus of residents in the face of the Godspeed conflict before coming face to face with a pair of battling Godspeeds.

Jay reveals that the Godspeeds were feeding off his connection to the Speed Force before turning their attention to Bart, who remains comatose. Barry then decides to enter August’s Heart’s mind to learn more about the warring Godspeeds, only to be confronted by a vision of August’s villainous psyche who has foreseen his arrival. And as the two speedsters begin their mental fight, August predicts a shocking discovery for the Scarlet Speedster.

Though Jordan Fisher’s Bart owes more to Ezra Miller’s Flash from Justice League than to Grant Gustin’s here, he’s still a lot of fun. He adds a much-needed burst of excitement to a canvas that’s been all too dour this year. Kennedy and Fisher are especially good together, exuding the kind of effortless sibling chemistry and real emotional connection that instantly makes every scene they share more convincing and deeper than it would be otherwise. And, of course, seeing the West-Allen family reunited is especially beautiful, even though Iris’ abrupt return from the Still Force is as perplexing as her multi-episode absence was in the first place. 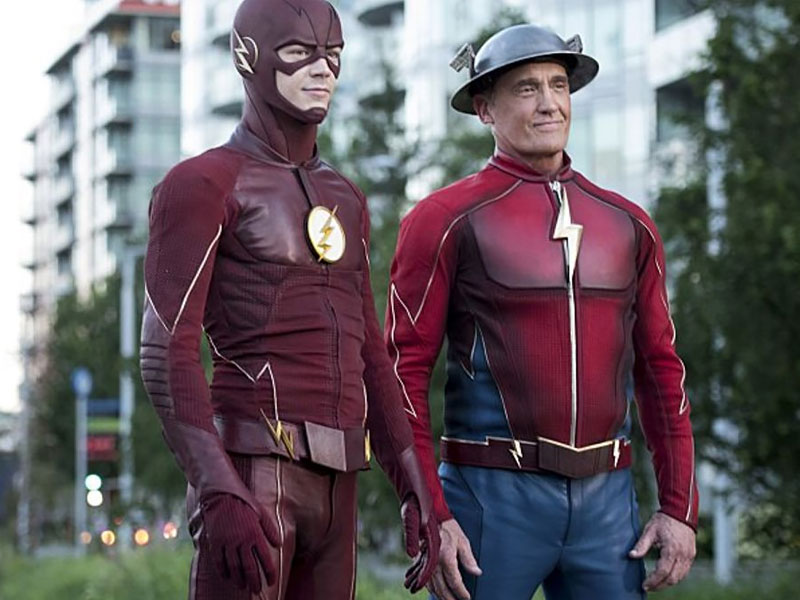 The majority of “Heart of the Matter, Part 1” is merely laying the stage for next week’s conclusion, as the show eventually stages a meeting between Barry and the actual Godspeed, albeit through astral projecting Barry’s mind into August. But not really, because we still don’t know what the OG Godspeed wants other than to murder Barry and take his speed. I’m not sure if that’s something the program will ultimately reveal to us in the season finale. Season 7 is, without a doubt, the strangest of times.

So much of Season 7 hasn’t been particularly gratifying in terms of storyline. With only one more episode left in the season, it’s difficult to predict where this will all go narratively. (Does anyone know why the Godspeeds suddenly decide that torturing Bart is more important than, say, tracking down the man they traveled through time to kill?) But, thankfully, “Heart of the Matter, Part 1” is nothing more than a timely and welcome reminder that none of that stuff is why we fell in love with this show in the first place – or why we’re still watching it, 150 episodes later.

In next week’s climax to the Season 7 finale, Iris — who had been stabilized enough to hang out with Barry and the kids — will completely join the fray by speed suiting up alongside her husband and daughter. Fisher exclaims, “Oh yeah, that’s a cool moment.” “Imagine witnessing all of your favorite individuals doing what they do best!”

Overall, where will Season 7 leave Flash fans once the dust settles next Wednesday?