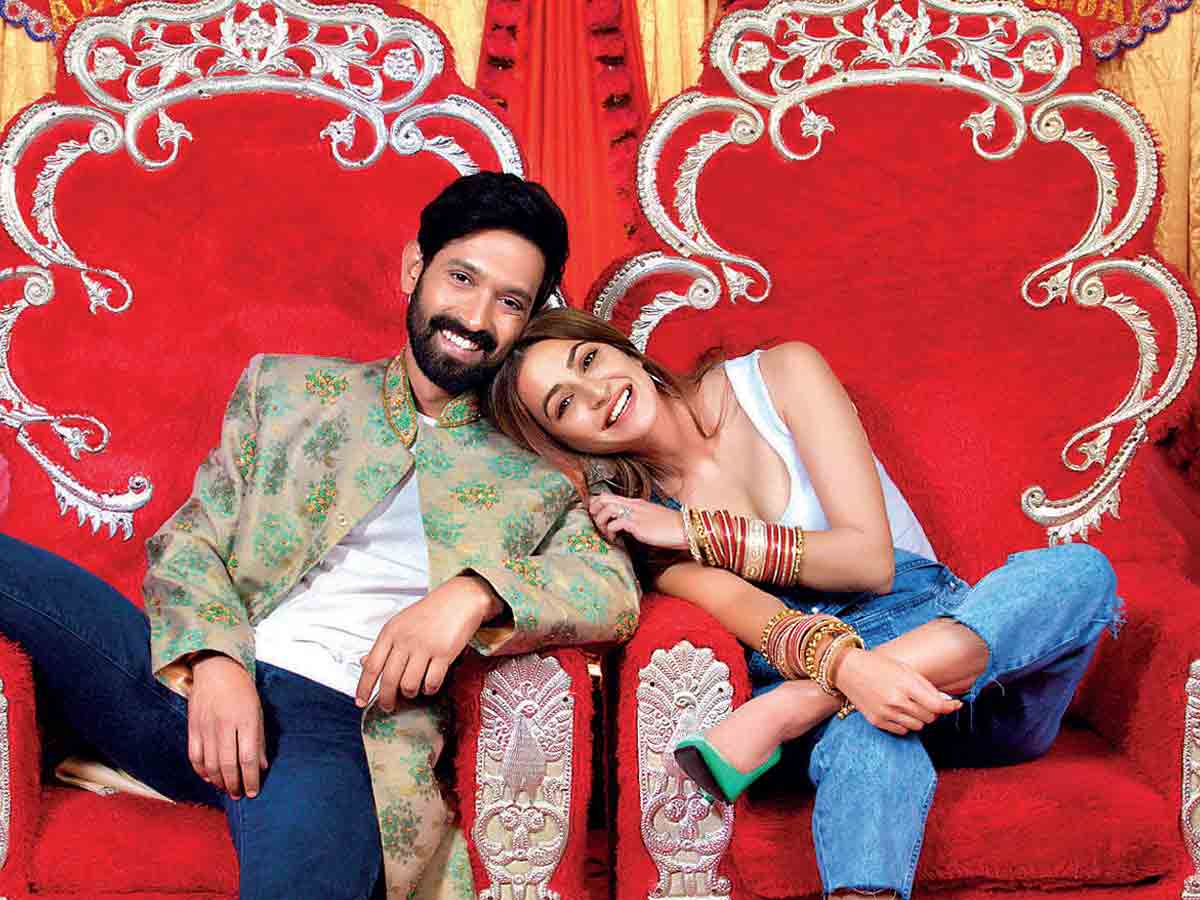 14 Phere is the conventional rom-com you might see in Bollywood.

Aditi Karwasra and Sanjay Lal Singh are college sweethearts who have a picture-perfect life and love story in the movie’s plot. They both come from conservative households and have good careers at the same business in Delhi. When they decide to marry, there is trouble in paradise. Unfortunately, Sanjay is a Rajput from Bihar, and Aditi belongs to the Jat cast from Rajasthan. 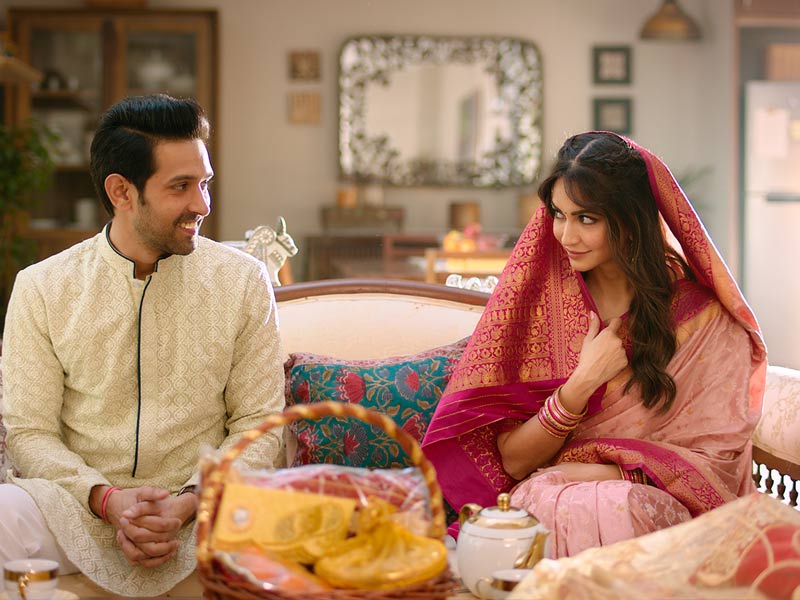 Their families have a strict policy about marriage and casteism, that is, under no circumstances do they want someone from another caste as their ‘bahoo’ or ‘Jija.’ So, to marry each other while keeping their parents pleased, the two devise a complex scheme with the help of their friends and coworkers. What follows is a sequence of unexpected turns and mishaps that threaten to derail their lofty dreams for married happiness.

It’s a fine line to walk when making a light-hearted 14 Phere about caste and honor killing. Sanjay and Aditi, who have been victims of caste-based violence, aren’t truly absolving the concept of caste. They just want to skirt it and go on to greener pastures in the West. The way this idea has been handled does not bode well, as the tone change contradictions are startling. We are expected to chuckle at the ‘funny’ conversation exchanges even while individuals are threatened with immolation. 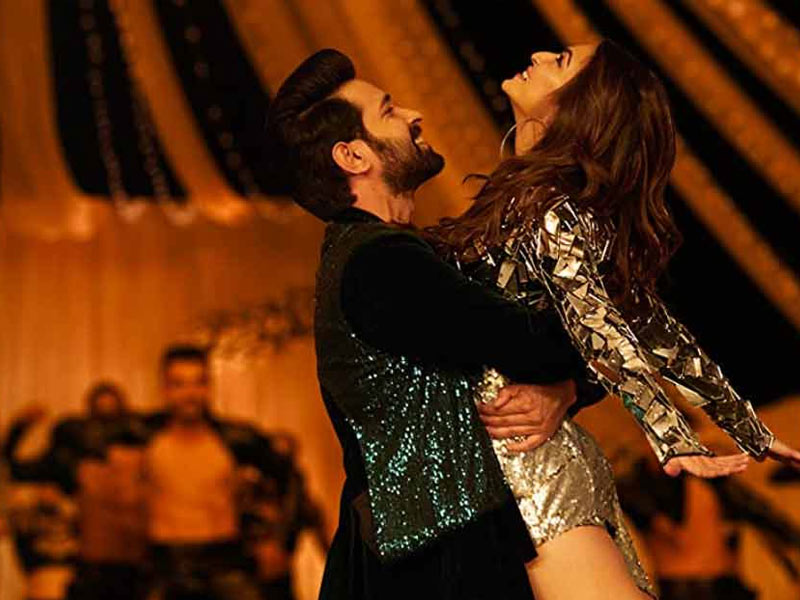 Through this social comedy, director Devanshu Singh attempts to weave in numerous emotional subjects like casteism, honor killing, and dowry, raising the viewer’s expectations. 14 Phere is a comedy of errors that starts strong with a narrative reminiscent of a Priyadarshan film.

Also Read, Toofaan: It came and it but we Felt no “Toofaan”

However, as the picture proceeds, the plot gets increasingly predictable and confused, resembling a potpourri of previous flicks. Director Devanshu Singh’s direction looks like it came straight out of AIB’s Chintu Ka Birthday. He doesn’t even receive adequate support from the team ‘DOP,’ resulting in a disjointed mess. In the end, there’s nothing new or interesting that may have prompted us to discuss it more.

There isn’t a single song written by Rajeev V Bhalla & JAM8 clicks (yet there are quite a few). Given the film’s subject matter, a strong soundtrack was expected. The background score had no bearing on the plot either.

The writing by Manoj Kalwani is devoid of good drama, witty one-liners, and a compelling tale. Though the concept is appealing on paper, Priyadarshan owns the genre’s aesthetic and is the reigning monarch of the “comedy of mistakes.” This one, too, pushed too hard to cause confusion and with no supporting evidence. It just gets worse from here, as you begin to lose track of the movie at various points. 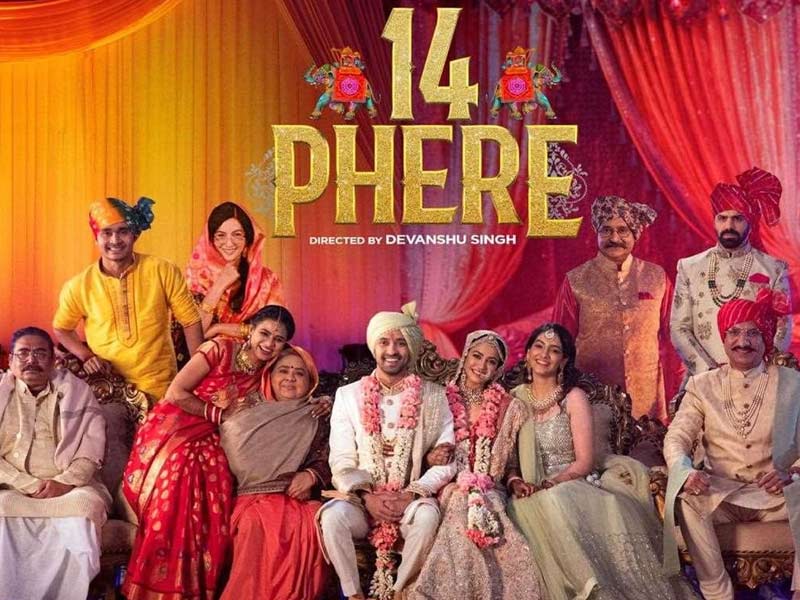 From the tension between the main characters to the execution of a “well-thought-out plan,” 14 Phere contains many moving components that aren’t going in any direction. Riju Das’ camerawork isn’t very impressive, given the locations covered in the screenplay, and he sticks to the fundamentals. Editor Manan Sagar wanted to finish the picture as quickly as possible, keeping it under 100 minutes. Still, the story is so long that it slows down the pace. If the screenplay had been more tightly written, he might have been able to give it justice.

When a film is labeled as a social comedy, audiences expect memorable punchlines, which the 14 Phere falls short of. It is, nevertheless, a wholesome family comedy that may be enjoyed by people of all ages who appreciate a nice Shaadi film. The dreadful aspect about 14 Phere is that the situations, no matter their weight in the lives of the characters, are handled too lightly. Yet, we are shown what “Love” and “Family” are capable of. The audience cannot help but think of many what-ifs as the curtains closed with all the characters smiling. I hope everything went smoothly with what only appeared to be a successful conclusion.

Also Read, Laugh until your stomach hurts with these Punjabi movies

While the leads and supporting characters’ performances and dialect skills are entertaining, their huge comedic set pieces, which are reminiscent of sequences from Priyadarshan’s ensemble films, don’t quite work the way the creators had envisioned. This reduces the effect of 14 Phere’s high fun quotient, leaving us with trite lines like “Honour Bachi hai toh, killing Kyun Karna hai.” The satirical part lacks a little sting as well. 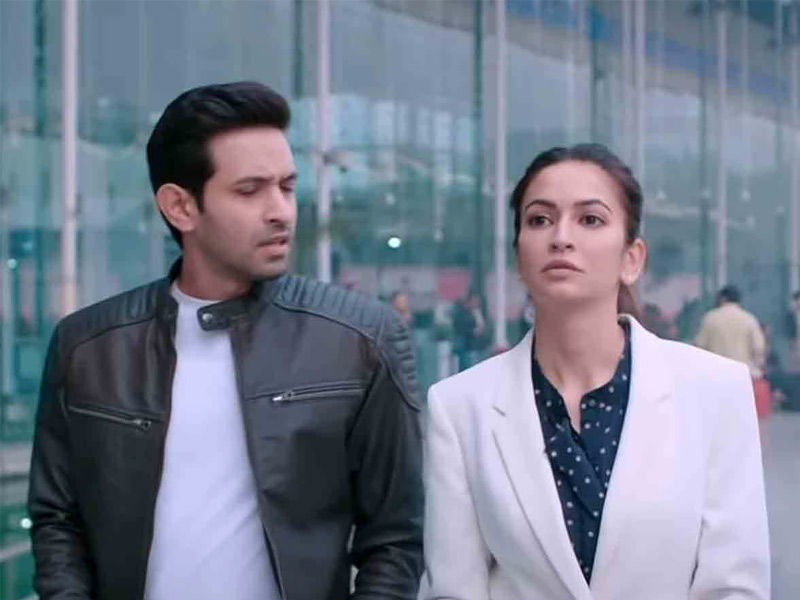 Every actor reaches a saturation point in his or her career. Given the pace with which Vikrant Massey chooses such terrible material, it doesn’t appear to be far away. He’s overqualified for something like this, and there isn’t a single scenario in which he could demonstrate his acting prowess. Kriti Kharbanda is very cute. That’s all there is to say about her. She is not allowed to venture outside of her comfort zone.

She’s a talented actress who just needs the right director. You can’t just cast Gauahar Khan in a role and expect her to age gracefully. She exudes a certain charm about here, which the 14 Phere squanders owing to a clumsy character description.