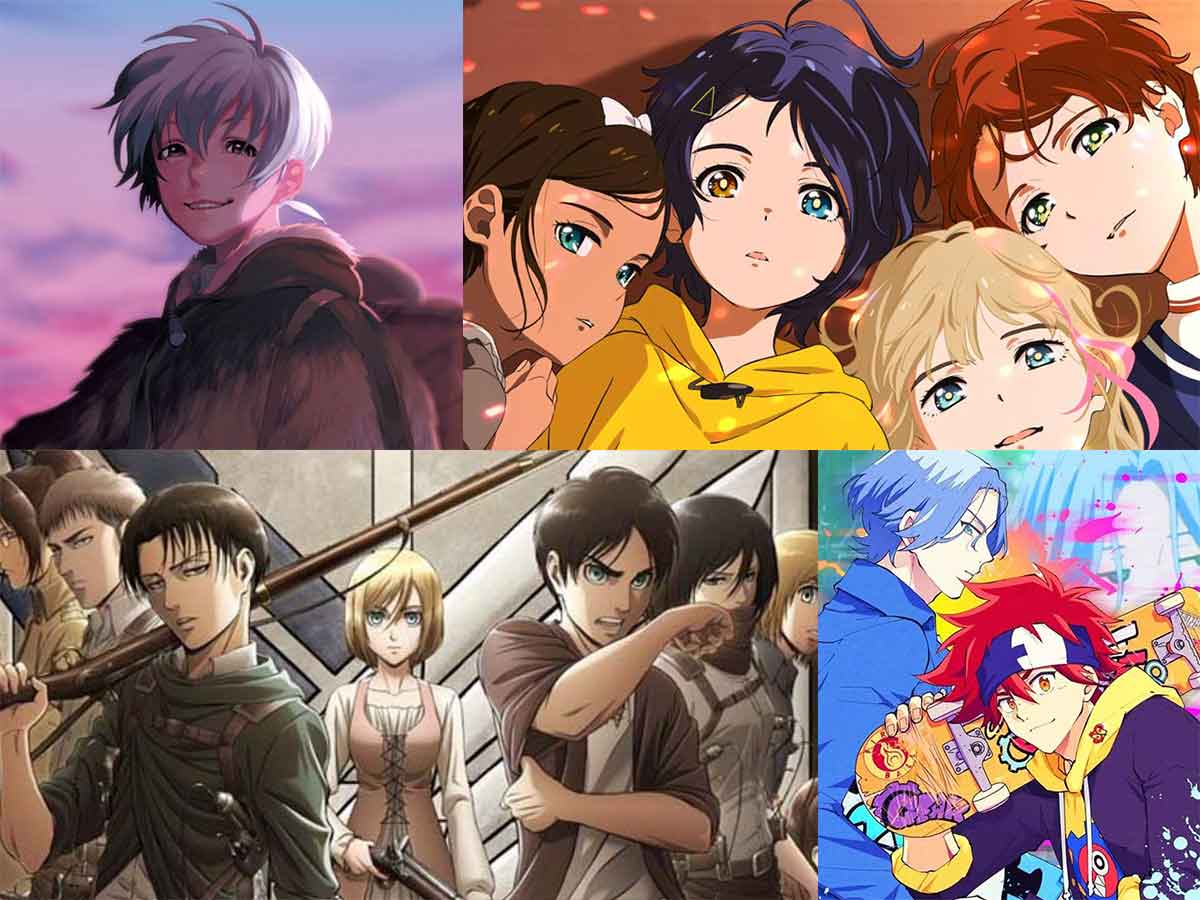 It’s simple to understand why Anime is growing increasingly popular. The diverse range of anime genres offers something for everyone. The distinct humor and intriguing plotlines give a welcome change from the typical television series. However, for some, choose what to watch might be challenging. Even seasoned anime fans might get lost and forget that new series are continually being released.

Even if it doesn’t feel like it due to COVID-19 delaying many projects, a new television season is upon us. Despite these obstacles, the animation industry has managed to keep moving forward faster than the rest of television. And new Anime, in particular, is scheduled to launch a slew of previously postponed episodes this year. Each TV season brings a slew of returning and new Anime, making it difficult to choose which ones are worth your time. There are much new anime series accessible to watch on Hulu, Funimation, or Crunchyroll, with selections to suit almost every viewer’s taste.

The anime season of Winter 2021 is just getting started, so here’s a handy summary of which new Anime and familiar series should become a must viewing. 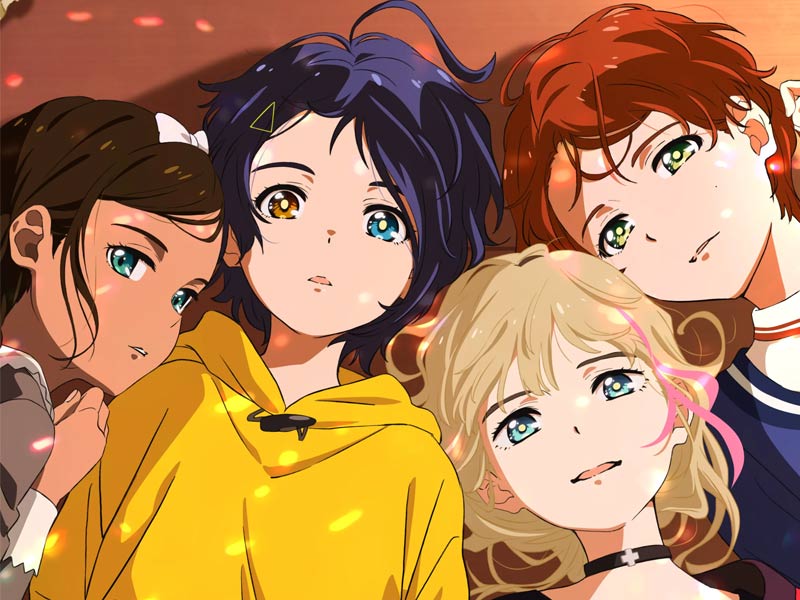 The word “magical girl” is never spoken in Wonder Egg Priority. Still, the sub-loud genre’s and colorful markers—transforming items of power, animal familiars—are contrasted with quiet and careful observation of each character’s agonizing interior struggles. Featuring 14-year-old Ai Ooto, she strives to save the souls of dead adolescent girls stored within the mysterious “wonder eggs.”

Despite all of the visual flash, the explicit depiction of a difficult subject matter will understandably prove an insurmountable barrier for many, even though director Shin Wakabayashi and writer Shinji Nojima tackle the most uncomfortable topics through quieter, incidental reveals for the most part. Wonder Egg Priority is consistently strong and provocative, striking the ideal mix of exciting action with agonizing subject matter without skipping a beat (yet, anyway). It’s without a doubt the most fascinating new program of the year so far, thanks to its amazing animation and off-kilter electronic music. 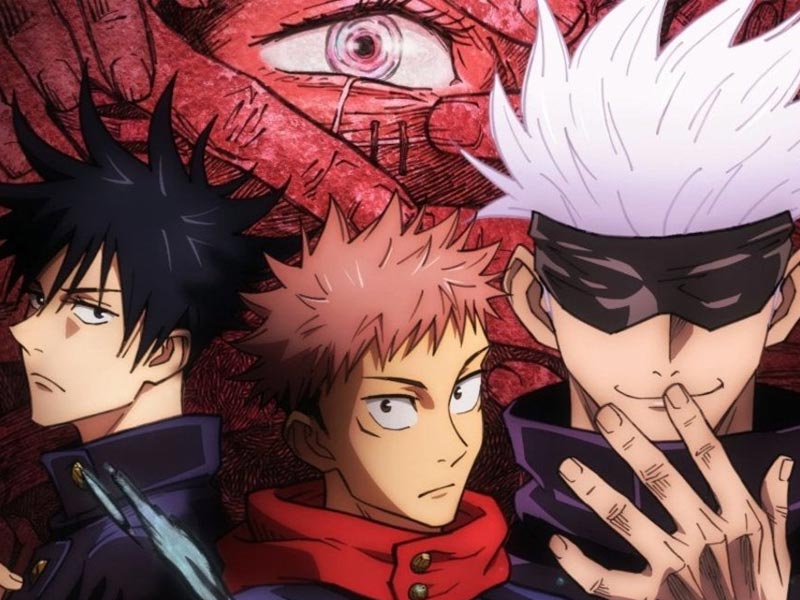 Jujutsu Kaisen will feel quite similar to anyone who has watched any shonen anime. Its young outcast protagonist Yuuji Itadori (and his immature silver-haired, blinded tutor Satoru Gojo) are reminiscent of Naruto, the thin veil between humans and demons, and the unseen struggle between them, are reminiscent of Yu Yu Hakusho. Its hilarious supporting cast, amazing battles, and can-do attitude are all part of its battle anime classification.

The charm of Jujutsu Kaisen resides in its knowing acceptance of genre clichés and then deftly inverting them, lulling the viewer into thinking they know what the program is up to before swerving drastically off-course. It’s also a few shonen where women are given as much depth and power as men, as evidenced by a recent highlight episode that delves into the characters’ psychology through brilliantly choreographed brawls. 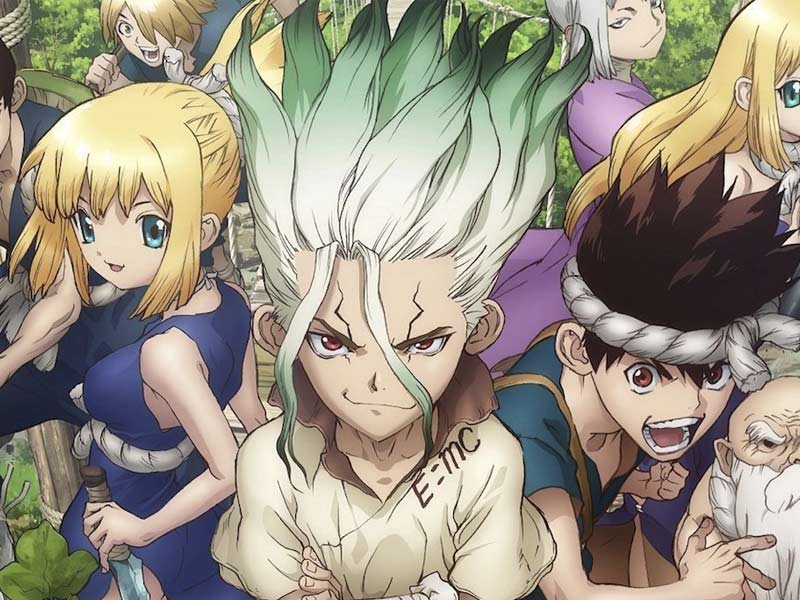 Dr. Stone begins with a mysterious sickness that turns the entire population of the world into stone. Thousands of years later, several people eventually break free from their frozen cages and are entrusted with recreating a primitive society. The first season of Dr. Stone creatively examines how this society can harness nature to make scientific instruments that allow their civilization to progress gradually.

They ultimately come upon an opposing civilization that is opposed to science and the modernity that it brings. Stone Wars, Dr. Stone’s second season, centers on the war between these two tribes, with the destiny of civilization at stake. The delight of Dr. Stone is witnessing how the intelligent Senku Ishigami applies his scientific knowledge to solve issues. Still, season two appears to be more action-oriented, which will only strengthen Dr. Stone’s solid foundation.

4)Attack on Titan: The Final Season 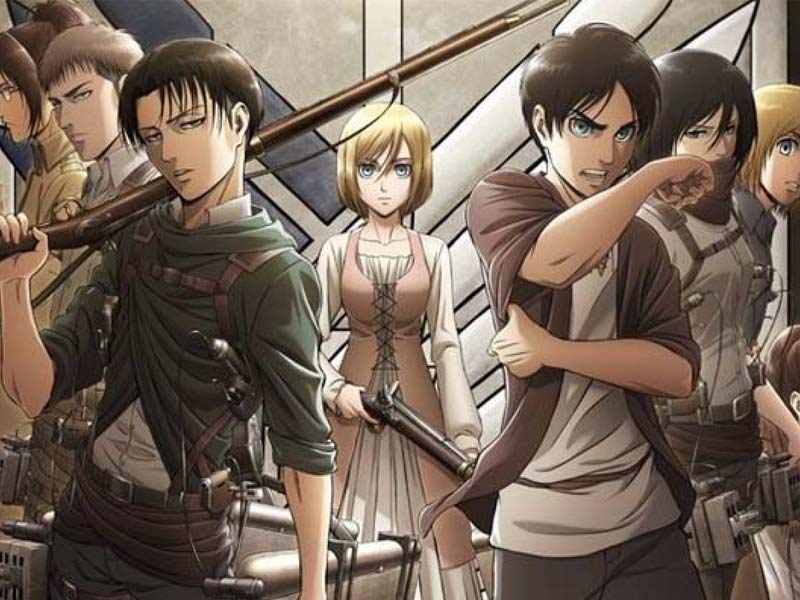 Every year since its debut, Attack on Titan has been one of the most popular anime series. Season three propelled the war-torn drama to new heights, continuing to explore in its final season. The series is gearing up for a fight unlike any other. Still, these new episodes take on a fresh viewpoint that compels viewers to reconsider what they’ve seen before and reconsider who the villains and heroes in this struggle are.

It’s building to a grander finale than anything else the show has done previously. There are also new Titans to look forward to. It’d be tough to leap right into the fourth season of Attack on Titan and grasp what’s going on. Still, the Chronicle compilation film does a good job of bringing Attack on Titan newcomers up to speed. Every episode of Attack on Titan’s last season, which has been announced as 16 episodes long, is packed with anxiety and expectation about how this pioneering new Anime will conclude. 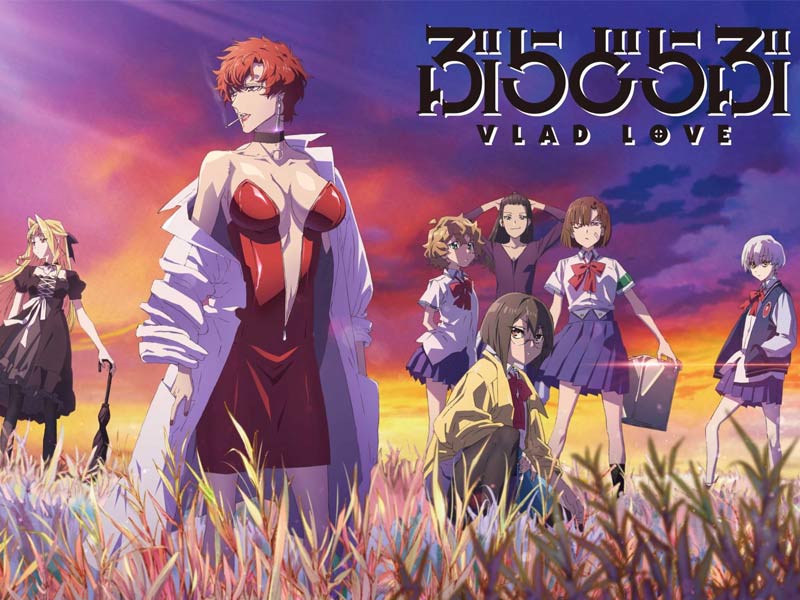 Vlad Love is a palate cleanser for veteran director Mamoru Oshii after decades of dense philosophical science-fiction and fantasy. After pondering everything from our physiological relationship to technology to man’s will to destroy, the program feels like a low-stakes, frequently incredibly dumb return to his roots, harkening back to his years working on Urusei Yatsura the 1980s.

In a manner that Oshii’s work hasn’t been since that period, the program is eccentric and off-the-wall. Vlad Love is a dynamic return to the type of delightfully bawdy rom-com in which Oshii made his name. Those with a sharp eye will see visual parallels to his previous works and series, which are quite purposeful. It’s also artistic in its silliness, with odd and subjective split-screen interspersed within soft, beautiful backdrops.

Also Read, Record of Ragnarok: The Struggle between Gods and Mankind 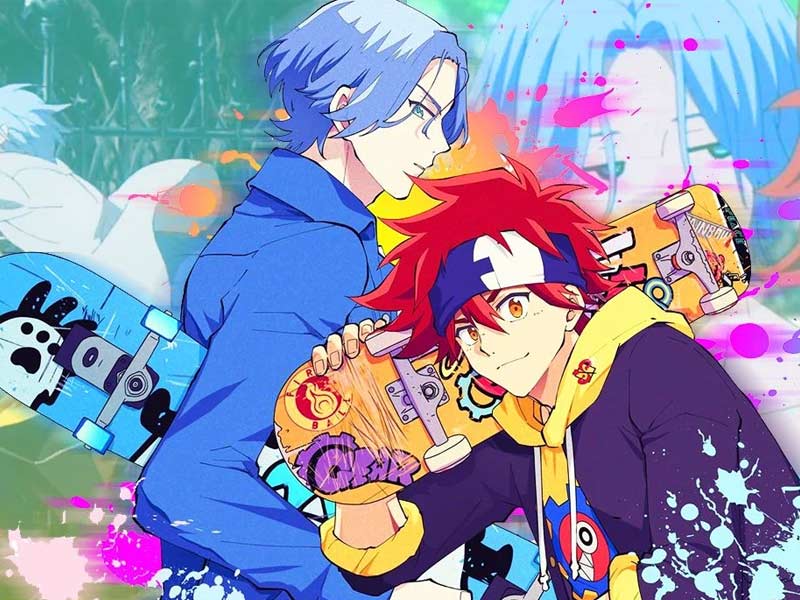 This new Anime is frequently pleasantly generous toward various sports, and you can find a series centered on almost every recreational activity. SK8 the Infinity focuses on skating, examining not only a group of dedicated individuals but also a mystery and competitive competition to which they’re all pulled. The universe of “S” features dedicated skateboarders from all over the world, as well as scary AI opponents and other surprising twists and turns that give a dramatic reimagining of skating. Studio BONES is also in charge of the animation for the series, so SK8 the Infinity looks fantastic and features a lot of action.

For the first time, the protagonist isn’t freakishly gifted. The show’s characterization is based on the anxieties of hard-won skills honed through a lot of work. It’s the show with everything: robot skateboards, skaters dressed as matadors and ninjas, excellent voice acting, and the anxieties of witnessing someone you love outperform you in skill. 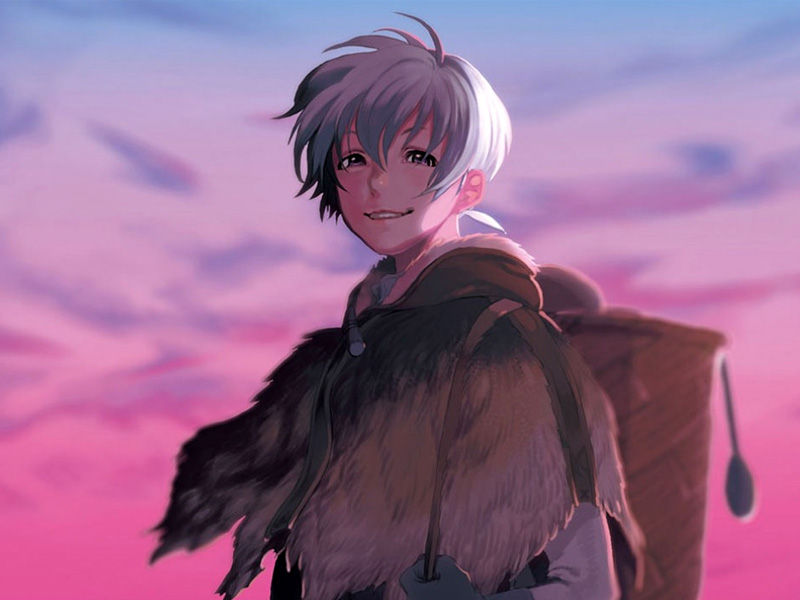 A magnificent quest to discover and explore the depths of mankind begins when a spherical known only as It falls from the sky. The sphere can take on the body of whatever it reflects, eventually gaining consciousness and taking the shape of a wolf. It then encounters a young, seriously injured child who has chosen to search for his family. The only question is how far the child can go on his own.

To Your Eternity is a peaceful, fascinating, yet melancholy anime that is likely to be a fantastic experience for any anime lover. And frankly, it’s my personal favorite on the whole list!