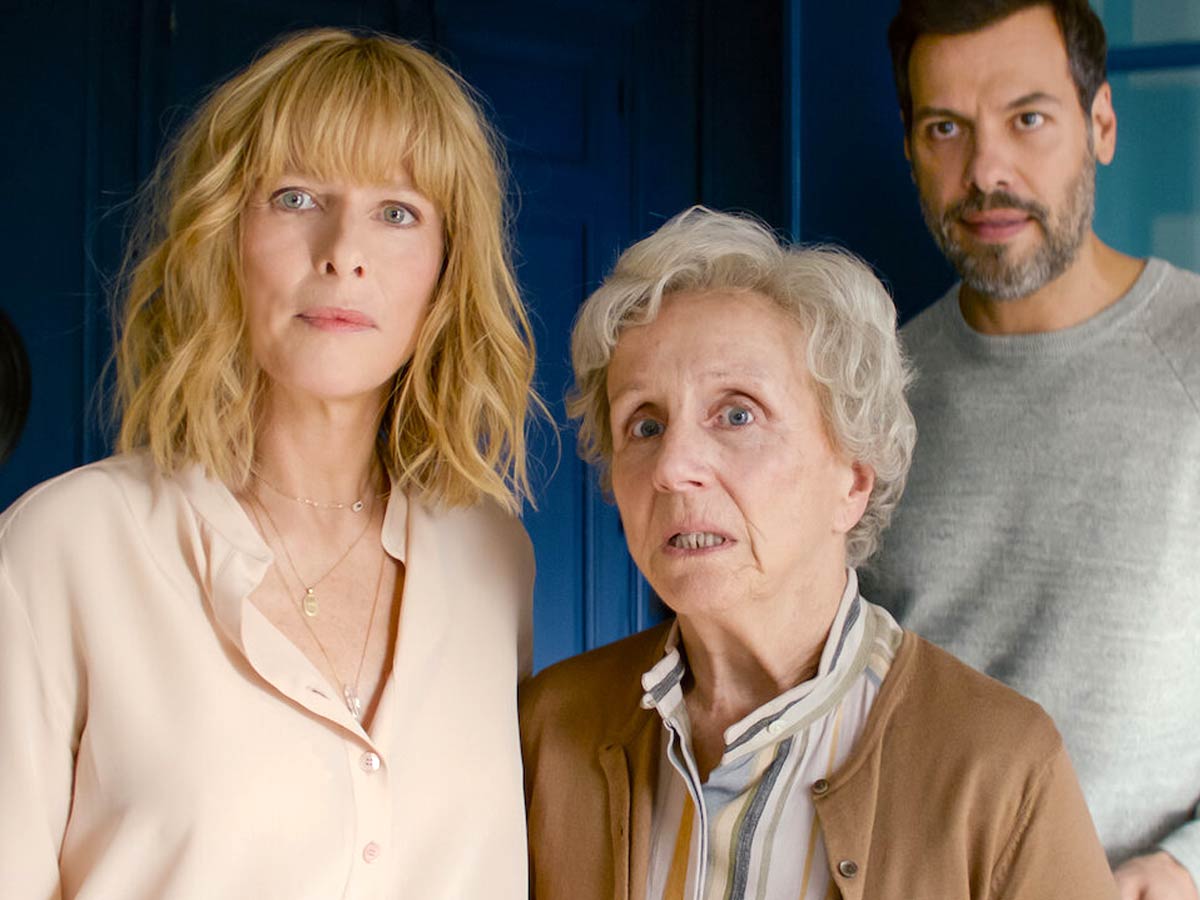 After introducing us to French comedies like Stuck Together and Spoiled Brats in 2021, Netflix is returning in 2022 with another French comedy-drama, Dear Mother. With upcoming releases such as the British black comedy After Life Season 3, the Indian thriller Yeh Kaali Kaali Ankhein, and the new horror series The House, this French film sounds like a great addition to the list. Let’s take a look at some of the film’s important aspects ahead of its release.

In Laurent Lafitte’s zippy feature directing debut, “Dear Mother,” Jean-Louis (Lafitte) is on a mission to find the source of his existence — or “the origin of the world,” to borrow from the film’s French title, “L’Origine du Monde,” an explicit reference to 19th-century artist Gustave Courbet’s painting of, uh, female anatomy.

The problem is that Jean-Louis’ heart has stopped beating, and there is no logical explanation for why, despite his lack of a pulse, he looks to be alive and healthy. His wife, Valérie (Karin Viard), pulls him to a spiritual teacher who knows the solution. All they need is an image of Jean-Louis’ mother’s vagina to break the curse — or whatever it is.

“Dear Mother,” adapted by Lafitte from Sébastien Thiery’s 2013 play, is the type of screwball comedy whose bizarre concept and quick pacing almost enable you to forget the fact that it’s neither very bright nor clever.

Faced with the unsavoury task of convincing his estranged mother (Hélène Vincent) to reveal her privates before time runs out, Jean-Louis and Valérie try a slew of schemes, the majority of which involve Jean-pal Louis’s Michel (Vincent Macaigne), who poses as a gynaecologist, then as a nude portrait photographer.

The trio’s dynamic interplay keeps you on your toes, but beyond the pleasant mayhem, the gags about female anatomy get stale and immature — and not in a charming manner. Add to that a tinge of homophobia, and the whole thing starts to feel like the work of a bunch of randy fraternity bros who loved art history class.

Dear Mother treads the kind of uneasy area–part of it, Oedipal, some of it just flat-out weird–that will make some people squirm, fidget, and/or tut-tut while holding their pearls. It cuts across a few lines into foul taste, but keep in mind that “bad taste” isn’t the same as “no taste,” which is meaningless in its offensiveness. I think Lafitte and screenwriter Sebastian Thiery intend to use razorlike satire to tear apart the pseudoscience of the “wellness” business, the Goops, and the like, utilising an endearingly odd midlife crisis situation as its base. Not all the gags work, but the tone of the film is so off-kilter, so thoroughly crazy, that it’s difficult not to enjoy it.

Dear Mother travels through an unsettling territory–some of it Oedipal, some of it just plain strange–that will make some people squirm, fidget, and/or tut-tut while clutching their pearls. It crosses a few boundaries into bad taste, but remember that “bad taste” isn’t synonymous with “no taste,” which is meaningless in its offensiveness. Lafitte and screenwriter Sebastian Thiery, I believe, intend to use razorlike satire to critique the pseudoscience of the “wellness” business, the Goops, and the like, with an endearingly weird midlife crisis scenario as its base.

Although not all the humour work, the film’s tone is so off-kilter, so totally insane, that it’s tough not to like it.In an early scene, Lafitte establishes Jean-Louis and Valerie’s lifestyle through a series of still shots of their many very nice things inside their very nice home, all the matchy-matchy stuff of people who are unhappy and have it all and, with their food and shelter needs met dozens of times over, are looking for something a little more than the corporeal. Something “spiritual,” maybe, something you can’t see, but that is also pretty pricey yet nevertheless attainable for individuals of their comfortable calibre.

So enjoy the irony of a man with a dead heart revealing his actual nature as he attempts to resurrect it by breaching the sanctity of his own mother through a series of ludicrous antics.

All of this necessitates Jean-Louis manipulating his ordinarily sensible friend into assisting, because Michel has failed at many things, but he doesn’t want to fail at saving his closest friend’s life. Valerie goes along with it, of course, since she believes the hokum and would continue to believe it in the face of solid scientific proof to the contrary. As a result, Lafitte makes us really uncomfortable at times, maybe because we’re laughing and aghast at the same moment.

The notion occurred to me that Jean-Louis might have simply informed his mother that she could save his life by merely lowering her skirt so he could take a brief photo, and she could have agreed. However, she is of a generation that has just recently received their damn.

On January 11, 2022, the film will be available on Netflix. The film’s running length is projected to be roughly 1 hour and 40 minutes. The preview appears to be promising enough to provide a few chuckles, making us eager to see the flick.