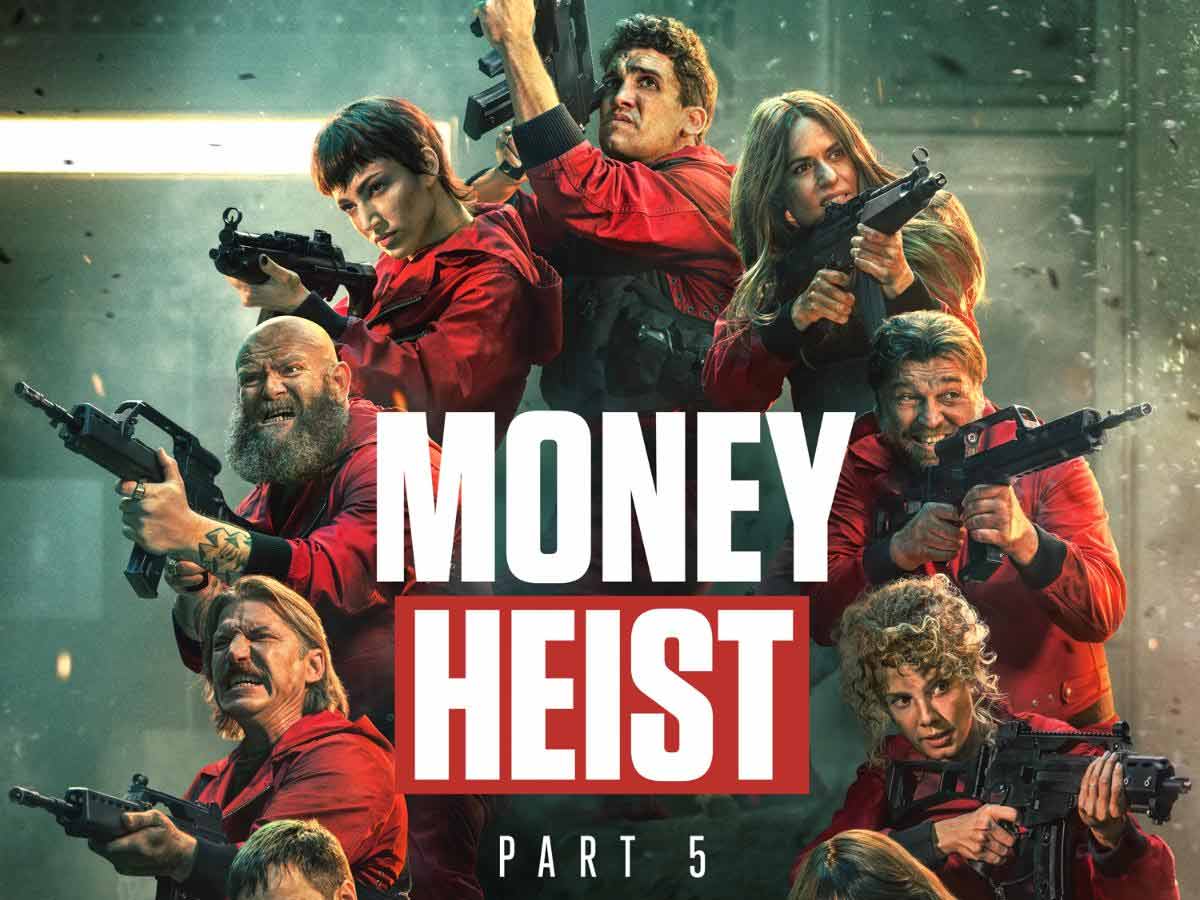 “You are our faith; when everything else fails, we have you,” Tokyo tells the Professor in an emotionally intense and brilliantly scripted flashback sequence in the penultimate episode of Money Heist Season 5 Volume 2. Tokyo, who is still present as a voice and in spirit. Fans of the Netflix series will understand why she feels the way she does and how her sentiments match those of the rest of the gang – and the viewer.

The preceding scene, as well as the deceased character’s summary of her gang’s relationship with the mastermind of the Bank of Spain heist – you are a master of illusion, Tokyo says – define not only who the Professor is, but also who these thieves are, even as their faith in the leader begins to wane and all escape chutes appear blocked.

The Professor emphasises the ‘illusory’ nature of gold as a national reserve and an indicator of economic well-being during the pre-climactic mental and emotional upheaval. For these groups of criminals, robbery is a kind of revolt since they feel that a nation’s wealth belongs to the people, not to politicians and banks. The show’s very particular Spanish inflections do not look remote from all since it covers subjects that are easily relatable, which explains why Money Heist is such a a massive global sensation.

Money Heist ends on a high note, keeping the action going until the very conclusion, which, like everything else before it, packs a punch and delivers a tremendous, dazzling surprise. The conclusion is especially beautiful since it represents the end of a narrative in which the main characters have never had it easy.

The group faces pressure from the army and the police, as well as a pair of thieves who turn the tables on them. A handful of them begin to feel the heat, and the operation’s wheels begin to come off.

The final clash between Sergio Marquina alias the Professor and Colonel Luis Tamayo, tasked with ending the heist and capturing the gold in the Bank of Spain, revolves around mind games that raise the stakes and take a toll on a few of the gang members, one of whom comes dangerously close to breaking away and endangering everyone else, revolves around mind games that raise the last part of the long-running series does not falter in the run-up to a dramatic denouement, continuing the technique that relies on scenes within scenes rolling into and out of each other to document the long planning process preceding and during the two heists depicted in the show and track the character arcs and back stories.

Also Read, Everything you Need to know about Money Heist Season 5

The common ground that arises between discharged policewoman Alicia Sierra (Najwa Nimri), now a mother of a baby daughter, and the Professor is one of the high points of the Money Heist climax. The two are compelled to play on the same side after pointing firearms at each other. But it isn’t going to be an easy truce. “We’ll never be friends,” Alicia declares. “It’s a match made in heaven.”

In the midst of the melodrama – the Professor’s terminally sick elder brother Berlin (Pedro Alonso) gets his due via the narrative of his wife Tatiana (Diana Gomez) and his wizkid son Rafael (Patrick Criado) – the characters’ relationships are deep and characterised by mystery.

Money Heist is more than just a thrilling show. In a society gripped by a collective consumerist frenzy, it also offers insights on humankind, existence, and the ways of capitalism. The conclusion has enough going on, with the main focus being on the gang’s efforts to melt the 90 tonnes of gold in the Bank of Spain’s vault and send it out, that it does not seem stretched or unnecessary in any way.

At the end of Season 5, Part 1, Tokyo (Ursula Corbero) died. Rio (Miguel Herran) is enraged and distraught. Colonel Tamayo’s efforts to apprehend the Professor and his crew have increased, putting the others on edge as well. Tokyo is alive no longer, yet her voice may still be heard. She appears at key moments during Money Heist to express her thoughts on what is happening on screen, as she has done throughout the film.

Her point of view is definitely intended to put the continuing theft, the years of planning, and its ramifications on the criminals as individuals and as a group into context. Money Heist reinforces Tokyo’s centrality to the storyline, the universe in which it is located, and the series’ fan base by keeping it as the show’s major storytelling device.

Money Heist’s Season 5 finale – the last five episodes of Season 5, which debuted on Netflix on Friday, three months after the first five – is as consistently complex and riveting as anything the drama has previously given.

Unsurprisingly, there are no dull moments here: it’s all vitality and a blend of style and substance once more. It gives you a constant flow of adrenaline that won’t allow you to take your gaze away from the screen for a second.