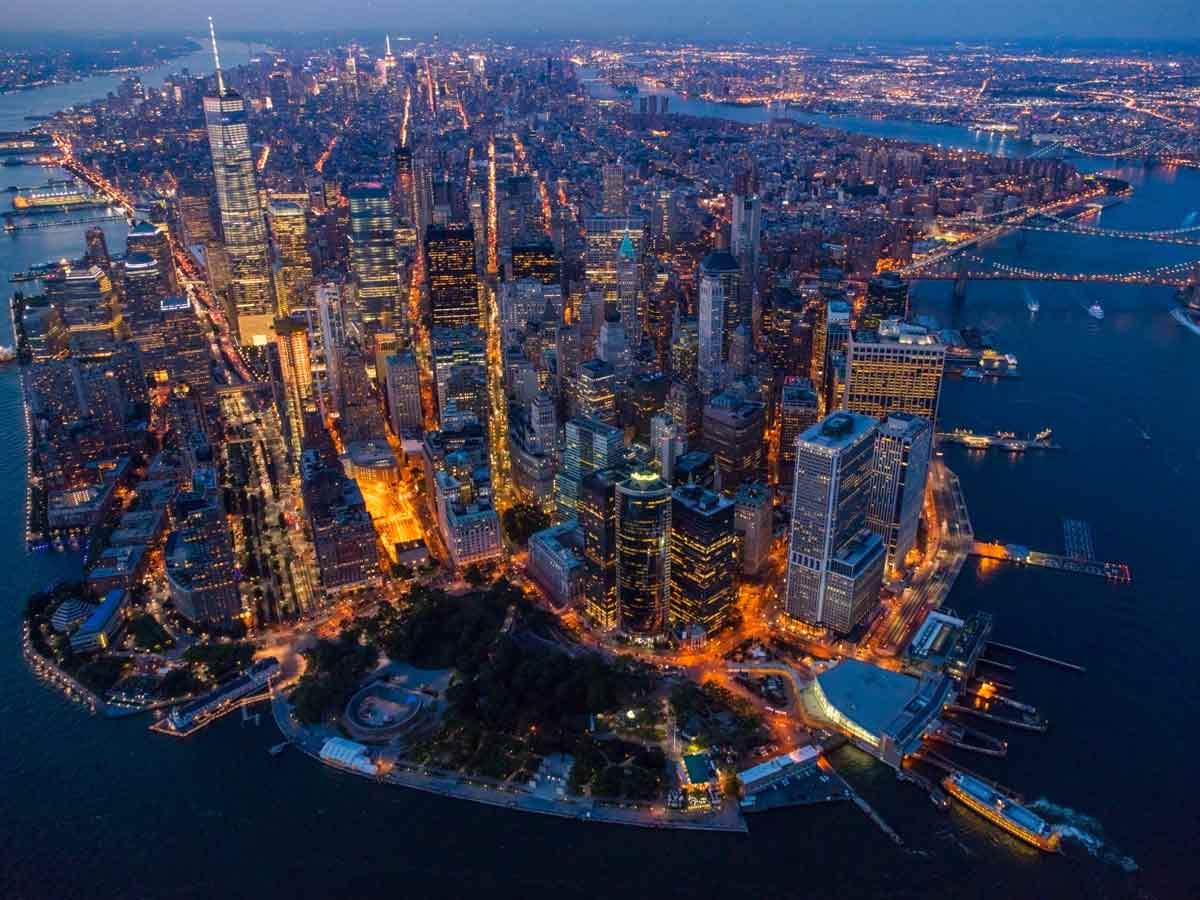 New York City has so much to offer! Its bustling streets are a whirlwind of activity, and world-famous sites can be found around every corner. You could spend months exploring NYC, from its iconic landmarks like the Brooklyn Bridge to its incredible food scene and fascinating museums. Here is my ultimate New York travel guide to assist you in planning an unforgettable trip!

The best time to visit New York City is at any time of year. Whether you want to spend Christmas in the city or prefer warmer weather, travelers have plenty of bucket list experiences all year. The best times to visit for pleasant weather are in the spring (April to June) and fall (September to November) (September to early November). However, suppose you’re looking for the best value. In that case, mid-January to the end of February is the best time to visit.

Places to see in New York.

The Statue of liberty

The Statue of Liberty is the country’s most recognizable landmark, a beacon of hope for millions of immigrants making their way to Ellis Island. Tourists can visit both attractions by taking the National Park Service’s ferry, which departs from Battery Park and runs continuous loops throughout the day.

The first stop is the statue, from which visitors can enjoy free views of both the monument and the New York City skyline. Tickets to the pedestal or crown can also be purchased, though crown passes sell out at least six months in advance. Check out the extensive educational signs, statues, and historical markers in the museum at the statue’s base.

For weeks, there are attractions and things to do in and around Times Square. Still, even a brief visit to experience the larger-than-life excitement is worthwhile. The heart of Times Square is at the intersection of 7th Avenue and Broadway, where massive screens advertise everything from the latest films and shows to specials.

The pedestrian areas are teeming with artists, performers, and tourists taking in the city’s cacophony and the enticing smells wafting from the food trucks that line the streets. A visit to the neighborhood would not be complete without a meal at Sardi’s Restaurant and a show in the world-famous Theater District. There are plenty of family-friendly attractions, such as Madame Tussauds, which has amazing waxworks and interactive exhibits and provides a new perspective from the glass-walled viewing platform that protrudes over the sidewalk.

Times Square also has an incredible number of large and small stores, and no visit is complete without a stop at M&M World, where you can’t help but smile. Another New York City icon, the Empire State Building, is within walking distance of the square and is open until 2 a.m. for breathtaking views of the city below.

Grand Central Terminal, also known as Grand Central Station, is a fantastic Beaux-Arts building, and it’s well worth a visit to see this famous landmark. The building first opened in 1913 as a subway and train station terminal.

The 42nd Street colonnaded faces and the statuary on top are some of the main highlights outside. Inside, you won’t be able to miss the Grand Staircase, where you can take a break and look out over the concourse. The ceiling here has been artistically restored and depicts a celestial world. You’ll also find a wide range of retail stores and restaurants inside.

Although it appears on a map as a small patch of green within the grid of Manhattan streets, Central Park is a vast space with enough sights and activities to keep you busy for days, if not weeks. The park has a variety of attractions, including impressive architecture and peaceful gardens, and skating rinks.

The stunning Bethesda Fountain is on Bethesda Terrace. The Mall is an idyllic, broad pathway canopied by the archs of centuries-old American history, begins at the terrace. Several peaceful places for tourists to relax, such as the Shakespeare Garden, the Conservatory Garden and the famous Chess & Checkers House.

According to Iroquois legend, the long, narrow lakes in the landscape west of Syracuse were formed by the Great Spirit’s fingers. The Finger Lakes region’s numerous lakes provide a variety of outdoor activities in a visually stunning landscape.

Cute towns and resorts dot the lakeshores of the main lakes, with the majority of them especially busy during the summer months. The Cayuga Trail, Seneca Lake Trail, and Keuka Trail are three interesting ways to explore the area.

Lake Placid, located at the base of Whiteface Mountain, is a world-famous winter sports resort that has twice hosted the Winter Olympics (1932, 1980). Today, the town is a major tourist destination, set in scenic surroundings of lakes and hills.

While it is perhaps best known for its winter recreation, particularly skiing, the town is also a popular summer destination. The main tourist strip through town is lined with various unique shops and restaurants.

Lake George is located at the southern end of the same-named 32-mile-long lake. The town is a popular tourist destination in the summer, with the lake serving as the main draw. Many of the lake’s islands have been developed for camping, and the area is especially popular with motorcycle riders.

Million Dollar Beach, located on Beach Road, offers swimming, picnic areas, and volleyball courts. Sightseeing cruises are another enjoyable way to see the lake. Prospect Mountain is a high scenic point with a view of the lake and its surroundings. Lake George Battlefield Park and the Fort William Henry Museum are two historical sites in the area.