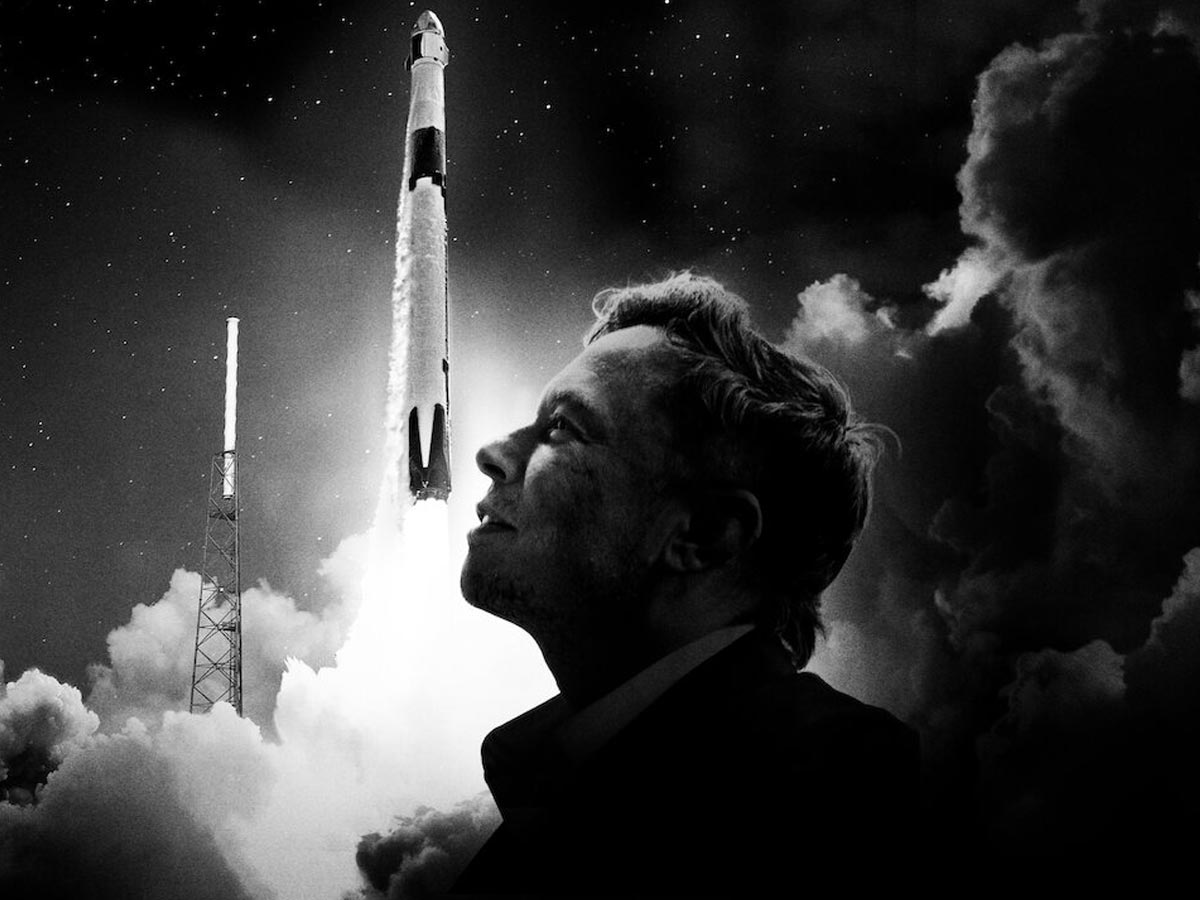 Netflix’s recent Countdown: Inspiration4 Mission to Space—about SpaceX’s efforts to launch the first all-civilian flight into orbit around the Earth—was corny corporate propaganda, but the streaming platform redeems itself with Return to Space, yet another venture about Elon Musk’s aerospace company.

Elizabeth Chai Vasarhelyi and Jimmy Chin’s feature-length documentary (April 7) about 2020’s Demo-2, which attempted to transport astronauts to the International Space Station from American soil for the first time in nine years, is directed by Oscar-winning Free Solo directors Elizabeth Chai Vasarhelyi and Jimmy Chin. It was a complicated endeavour, but thanks to the filmmakers’ incredible access to Musk, his team of engineers, scientists, and experts, and the two brave men charged with piloting this expedition, it proves to be an inspiring portrait of innovation and ingenuity.

Musk, of course, is the driving force behind this project. Musk founded SpaceX in 2002 to drastically lower space travel costs to facilitate our eventual journey to—and colonization of—Mars. Like Countdown: Inspiration4 Mission to Space, Return to Space, find Musk repeatedly discussing his dream of making humanity a multi-planetary species. Though that sounds like science fiction, he’s put his money where his mouth is with SpaceX, investing a fortune to figure out how to make space exploration more affordable.

A problem that contributed to NASA’s own shuttle program’s demise. NASA has joined forces with SpaceX, ushering in a new era of space commercialization that has seen the likes of Jeff Bezos and Richard Branson enter the domain with their grand tourist-destination plans for the cosmos.

SpaceX’s solution to its cost dilemma was to design a fully and rapidly reusable rocket that could be guided to a landing pad using revolutionary grid fins rather than disengaging above Earth and then plummeting back to Earth.

That proves to be as difficult as it sounds, and Return to Space provides an up-close-and-personal look at the SpaceX team’s various attempts at developing this novel system. As is the case throughout the movie, Vasarhelyi and Chin have at their disposal an enormous range of self-shot and pre-existing footage from the company’s flight cameras (located on the interior and exterior of their craft), as well as footage from inside their control rooms and training centres, providing a comprehensive view of SpaceX’s trial-and-error attempts to perfect this and other groundbreaking elements of the project.

Musk is prone to making grandiose statements like, “Earth is the cradle of humanity.” But you can’t stay in the cradle indefinitely. It is time to go forth, be among the stars, and broaden the scope and scale of human consciousness.” Return to Space, on the other hand, portrays him as a champion of human ambition and resourcefulness, as well as the belief that he was pushing past boundaries in the pursuit of a greater understanding of ourselves and the universe and of creating a better life for future generations, is a noble endeavour.

Vasarhelyi and Chin don’t dismiss his occasionally wacky showmanship (such as smoking weed on Joe Rogan’s podcast while extolling the virtues of flamethrowers). Still, the portrait that emerges is of an eccentric pioneer convinced that there are more worthy frontiers to conquer and is fiercely committed to accomplishing the previously unthinkable. Musk has shed tears on several occasions while discussing his burdens of responsibility for Demo-2.

There is more at stake than just money. Doug Hurley and Bob Behnken, both NASA veterans, are manning the Dragon spacecraft. Both men speak eloquently about their unwavering dedication to their (and Musk’s) chosen cause.

Hurley and Behnken are married to fellow astronauts and have young children, which underscores how much is riding on their success, and while their ultimate fate is now known, Return to Space brings us so close to them that it generates considerable suspense as launch day approaches.

The film’s snapshot of SpaceX’s routine failures is even better than its nerve-wracking sequences of Demo-2 lifting off, docking with the International Space Station, and making its perilous return voyage to Earth. Return to Space doesn’t shy away from clips of malfunctioning flameouts and exploding rockets because Musk’s company believes that hands-on mistakes provide the necessary insights for progress.

It’s an open admission that nothing great is ever accomplished on the first try and a reminder of how dangerous this work is. SpaceX operates with virtually no margin for error. Suppose that wasn’t clear from their efforts to get Hurley and Behnken safely into Space. In that case, it’s touched home by recaps of the Challenger and Columbia tragedies, the legacies of which hang over everyone in this field.

Return to Space has the feel of SpaceX public relations. Nonetheless, its portrayal of the company’s objectives and methods does not appear to be overly compromised, owing largely to Musk and the company’s declarations about their true-believer motivations being so obviously genuine. Their methods are so rigorous and trailblazing. When Musk says that technological advancements aren’t unavoidable, he’s both correct and pleas to the world to strive for more, not just in space travel but in every other arena.

In this regard, Return to Space is less about the specific value of establishing a base on Mars and more about humanity’s need to keep moving forward.

It’s a heartwarming and hopeful film about inventors and dreamers attempting to make the impossible possible. It suggests that future Netflix documentaries about SpaceX’s trips to the moon—and beyond—are only a matter of time.