Home Arts & Entertainment Film King’s Man: An Unwanted sequel about the Past 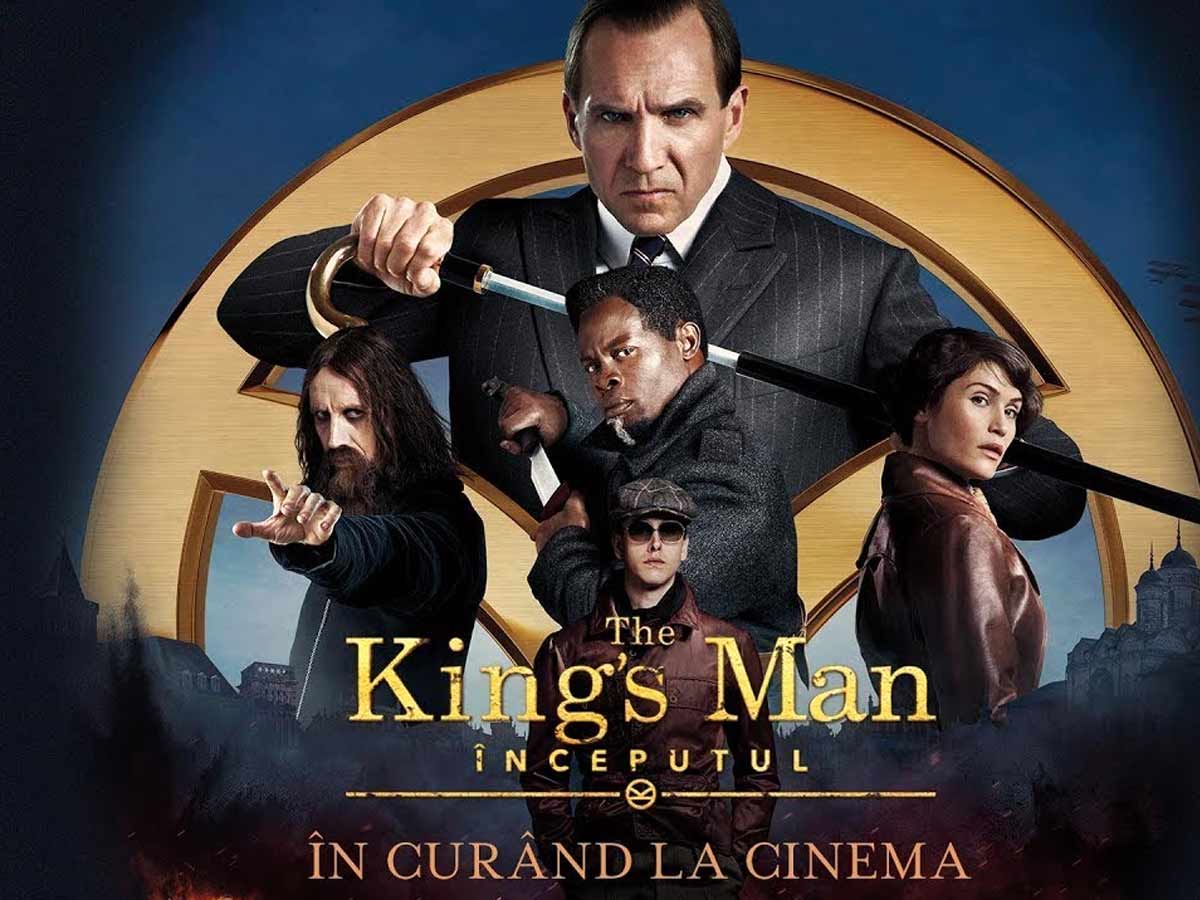 The cast of the film includes Ralph Fiennes, Rhys Ifans, Gemma Arterton, Daniel Brühl, Matthew Goode, Tom Hollander, Harris Dickinson, Djimon Hounsou, and Charles Dance, and is set during World War I and the founding of the Kingsman organization. Writer-director Matthew Vaughn sketches a template for the suited and booted covert espionage organization in this unnecessary King’s Man origin story.

It opens with Ralph Fiennes’ Orlando Oxford, an aristocrat and widower war veteran who laments his role in robbing Britain’s colonies. He forbids his son Conrad (Harris Dickinson), a self-declared pacifist, from joining the army, but the First World War has erupted, and a worldwide calamity must be averted. Djimon Hounsou and Gemma Arterton portray arse-kicking comrades on each side of Orlando (the only woman in the film offered anything resembling a speaking role). The tone awkwardly changes from soaring colonial melodrama to gloomy battle epic, campy Bond caper, and crass, unfunny comedy.

They all stay in the spectrum of laddishness, from Rhys Ifans’ puerile Rasputin–a dancing, vomiting mystic monk–to a very grim and a quite serious set piece in the trenches. It’s a hilarious piece of historical revisionism when the war is revealed to have been orchestrated by a dark villain with a Scottish accent bent on overthrowing the British empire while punishing Fiennes’s “posh prick.” Despite this, the film can’t help but rejoice in a conventional conclusion outside Buckingham Palace, complete with a winning banner swinging against a dusting of St George’s flags.

We’re on the verge of entering World War I. King George of England, Kaiser Wilhelm of Germany, and Tsar Nicholas of Russia are three cousins who find themselves as rulers of three European and Eastern mega-powers (all played by Tom Hollander). Meanwhile, dark forces commanded by Erik Jan Hanussen (Daniel Brühl) lurk in the shadows, attempting to penetrate the three leaders’ trust and launch a world war, beginning with Archduke Franz Ferdinand of Austria’s assassination.

With the close friendship with Wilhem, Hanussen destroys the trust between them, while persuasive monk Grigori Rasputin (Rhys Ifans) rips into the Tsar, all while a secret mole runs rampant in King George’s circle of influence.

Meanwhile, renowned pacifist Orlando Oxford (Ralph Fiennes) is still grieving about the terrorist assassination of his wife and promises to protect his son, Conrad (Harris Dickinson). But, due to Orlando’s servant Polly (Gemma Arterton) and advisor Shola, Conrad demonstrates exceptional combat skills and cognitive brilliance (Djimon Hounsou). As a result, Orlando invites his son Conrad into the covert intelligence operation, making him a useful team member, but the father-son bond is plagued with problems.

With the controversial killing of Rasputin, Orlando begins preparing his kid to be the finest agent. The narrative of The King’s Man is so entwined with real-life events that Orlando’s operation will need to persuade the United States to join the war in a later mission. This blending of lines appeals to me. Of all, this is a genesis narrative, and we see the gradual creation of what would become The King’s Man with each new operation and lesson learnt.

Surprisingly, what is enjoyable about the film written by Karl Gajdusek and directed by Matthew Vaughn is what it doesn’t do, despite the fact that it is a prequel. Many prequels go out of their way to foretell future events. Instead, The King’s Man successfully takes The Secret Service’s concepts about the intelligence agency’s origins and simply delivers the tale without attempting to make a mushy, eye-winking connection to the previous picture.

The idea of the spy group (which I loved in the original) as a secret organization dedicated to global-political stabilization, the essential elements of King Arthur and the Knights of the Round Table, and the suave, sophisticated nature of the prequel are the connections between the prequel and the original.

Unfortunately, the first half is uninteresting, since it is mostly concerned with building up the worldwide conspiracy and handing the baton to Conrad when he joins his father’s clandestine intelligence organization. All of this has already been shown in the first film. The King’s Man doesn’t really get going until the second half, when a brilliant plot of surprise occurs.

At the 100-minute mark, a single fantastic, bold, unexpected moment of narrative appears out of nowhere, pushing the plot to take a radical turn. To be honest, when this happened, it jolted me out of my stupor and made me care about what was going on.