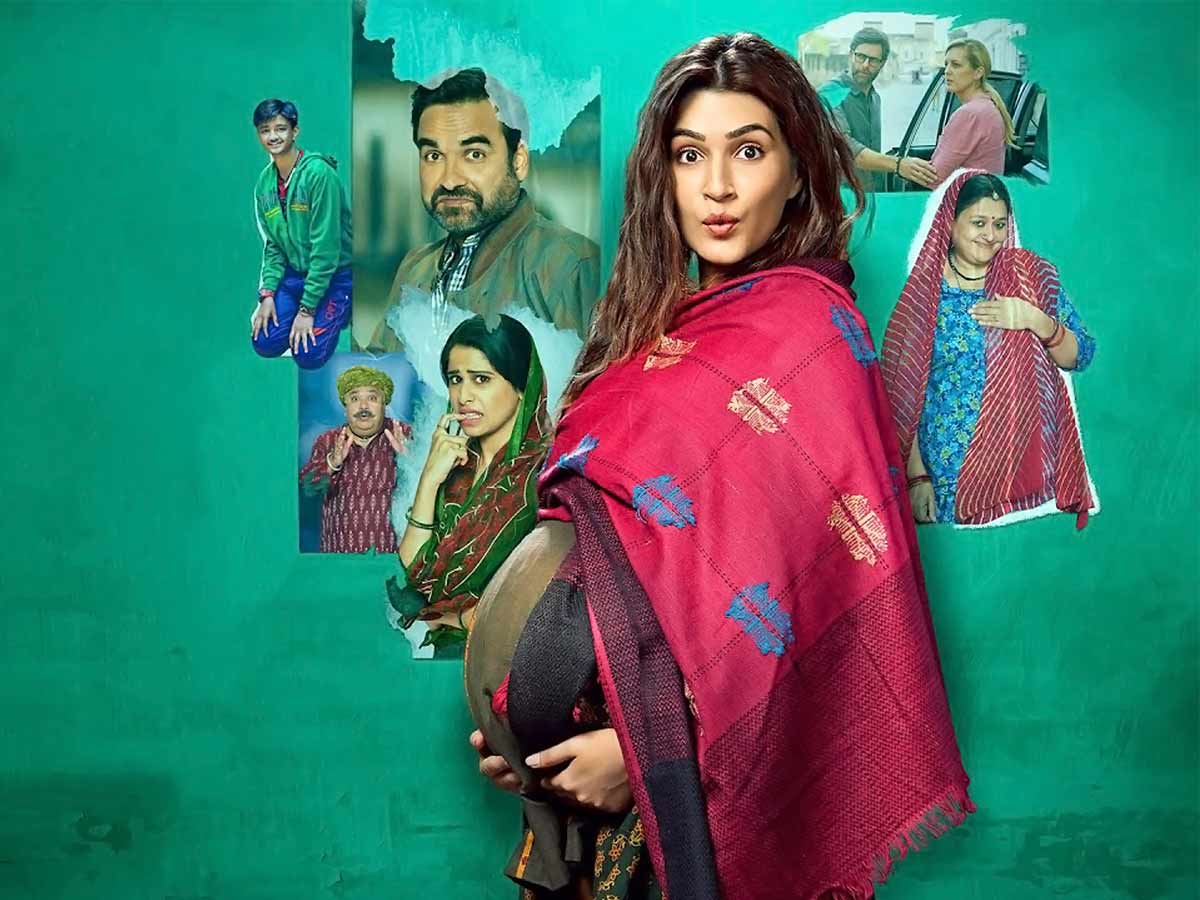 However, Director Laxman Utekar’s attempt to romanticize motherhood doesn’t seem to have impressed the critics. 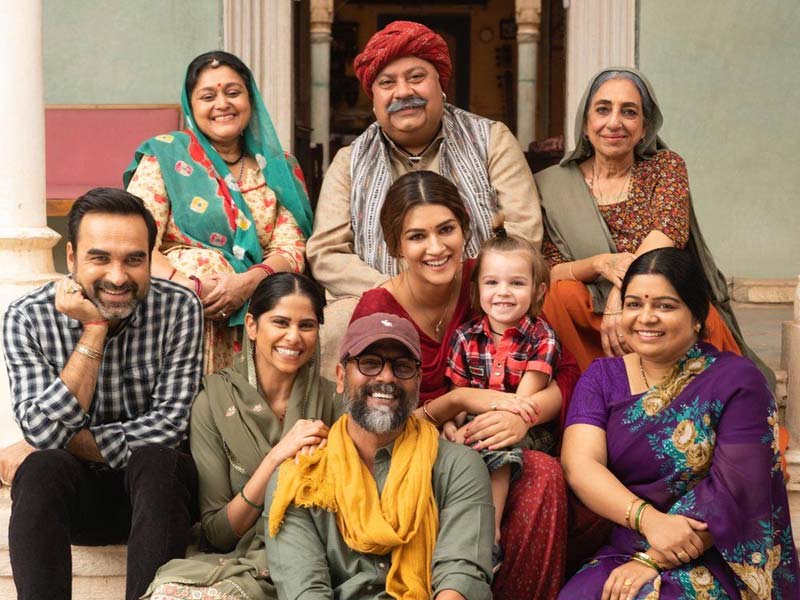 The movie stars Kriti as Mimi, a fit and young dancer from a small town in Rajasthan who aims to make it big in Bollywood. Mimi dances at various events in her hometown to make a living. Still, she is not someone who will settle for anything less than a Bollywood spot.

Pankaj Tripathi features a funny cab driver Bhanu who is always on the lookout for some extra bucks. Mimi has a ‘connection’ in Bollywood who promises her a shoot with Dabboo Ratnani for Rs. 20 lakh.

In the meanwhile, Bhanu comes across an American couple who is searching for a young and healthy surrogate to have their child. They are willing to pay Rs. 20 lakh to the surrogate. Bhanu decides to help them find the surrogate for a handsome commission, and he approaches Mimi with the idea. Mimi gets furious at Bhanu after listening to the idea. Still, she considers becoming a surrogate after hearing about the money the couple is ready to pay. 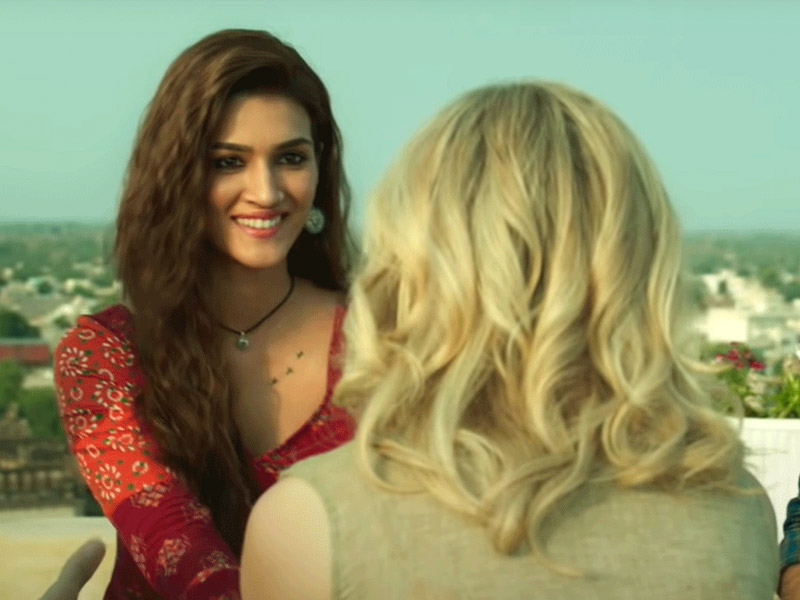 Getting caught up in an unexpected situation, Mimi cooks up the story that she has married Bhanu and Bhanu’s child. The feeling of motherhood overpowers Mimi, and she decides to have the child at any cost. When Mimi’s parents come to know about the child, they get furious at their daughter. Mimi finally gives birth to a beautiful boy, who surprisingly, is not ‘abnormal’ as found in the test reports. Eventually, Mimi’s family comes to know the real story behind the child, and they accept the truth. Mimi gets back to her work, and her baby boy accompanies her to the events.

The major twist in the plot comes when the American couple gets to know that the baby is not abnormal through social media, and they return to India to ‘take’ their child. Mimi’s world collapses once again as she is not in the state to give the child to someone else. Does Mimi get to keep the child is the real question?

While the American couple warns of taking legal action, Mimi has the support of her family and Bhanu. They are determined to fight for the child’s custody in Mimi’s favor. Mimi showcases the true power of motherhood while trying to create a positive sentiment about surrogacy in Indian society. It also tends to promote the adoption of orphans.

The movie showcases how a mother can sacrifice her dreams for the sake of her child. Mimi gives up on her dream of living the life of a star in Mumbai, and her world starts revolving around her son. 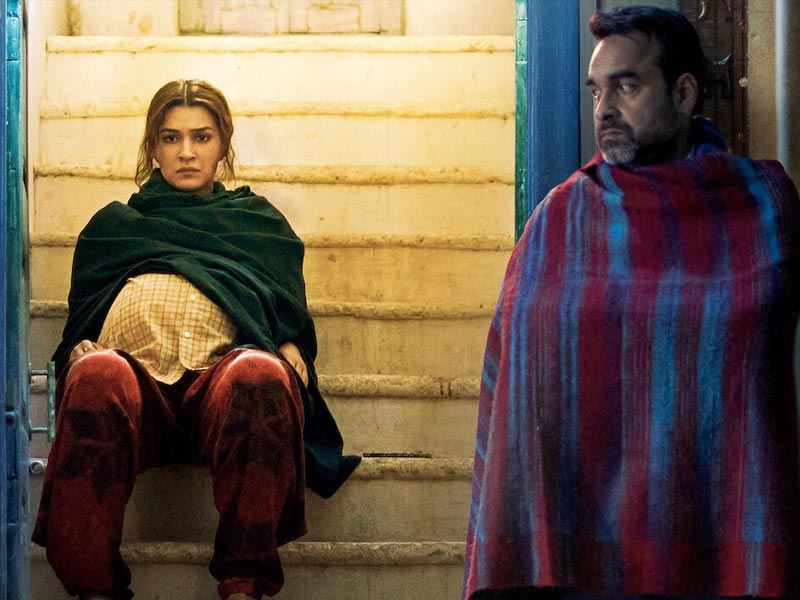 While all these sentiments and the emotional story were enough to establish a connection with the audience, the critics found nothing new in the movie.

Critics hit at Bollywood’s restrictive and old school approach while dealing with topics like surrogacy. While the presence of Pankaj Tripathi and Manoj Pahwa has contributed largely to the film’s success, the general opinion is that the two magnificent actors were not used properly. It raises solid questions on the storytelling and placing of characters.

Pankaj Tripathi is at his very best in the movie, and he does well in making the audience laugh. However, the film will have a ticking effect on you, thanks to the ‘desi’ punchlines by Bhanu and Mimi. While the aim of the movie was to create a positive environment for surrogacy, it somehow highlights the loopholes in the system that can turn out to be problematic if everything doesn’t go according to the plan, as in Mimi’s case.

What’s worth praising is the progressive approach shown by Mimi’s parents in dealing with the issue, which is surprising given the story is set in a small Rajasthani town, which, however, is far from the reality.

Mimi is a perfect weekend watch, despite the strong opinions of critics.