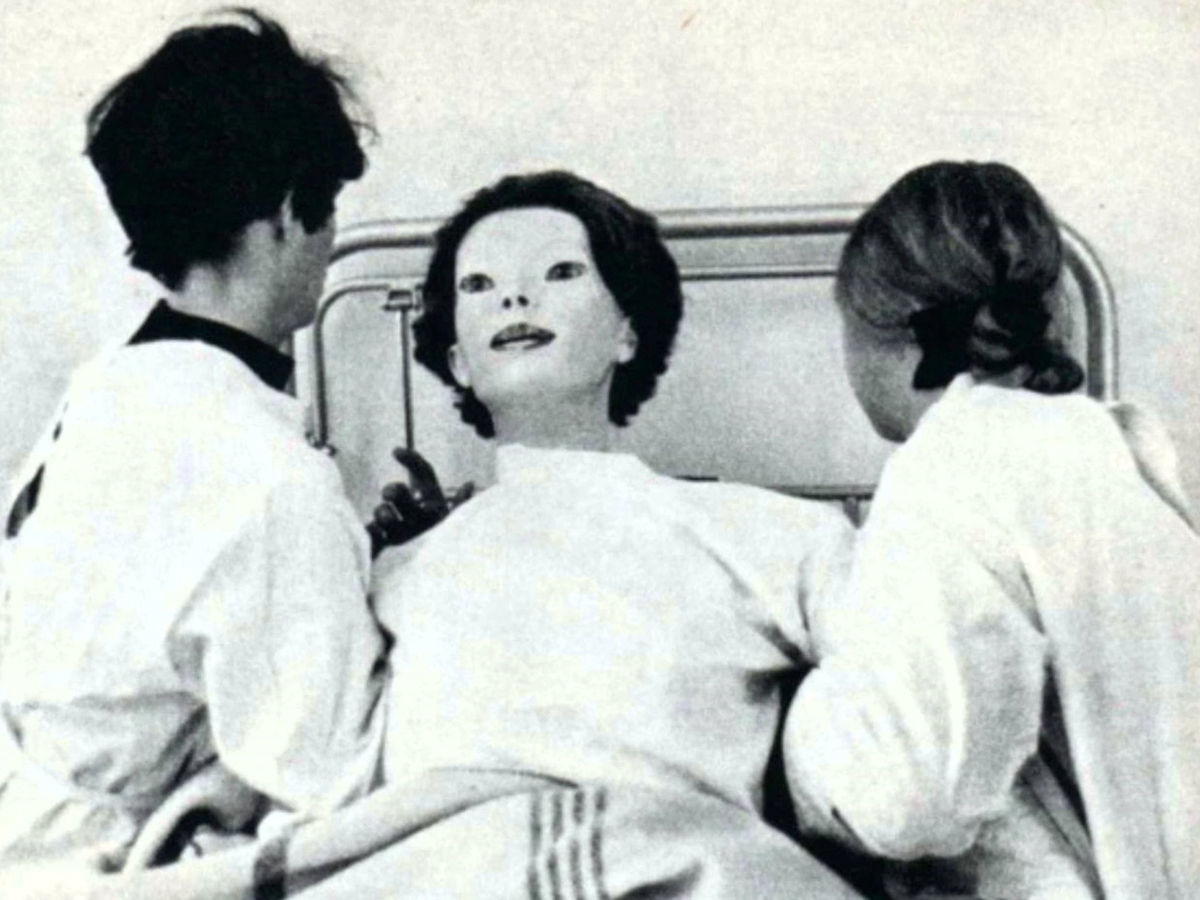 No, creepypasta is not a dubious school cafeteria lunch. For amateur horror stories, some of which have been so popular that they have become urban legends on the internet, the word creepypasta is used.

The word “creepypasta” is taken from the “copypasta” (copy and pasted text) internet slang term. Creepypasta may only be text, but with a mysterious picture or video, some of the most popular tales have been shared.

People posting their strange and scary creepypastas around the world, hoping that the stories will gain attention and become classics, sometimes quoted or cited by horror fans and scared netizens.

Not all creepypastas are particularly scary or good, even if they are frequently passed around, as with the ghost tales of old. Reading a long story with an intriguing title or picture is no promise of a scary payoff, and authors sometimes forget that it’s not an interesting story to simply have someone meet a short and unfortunate fate. 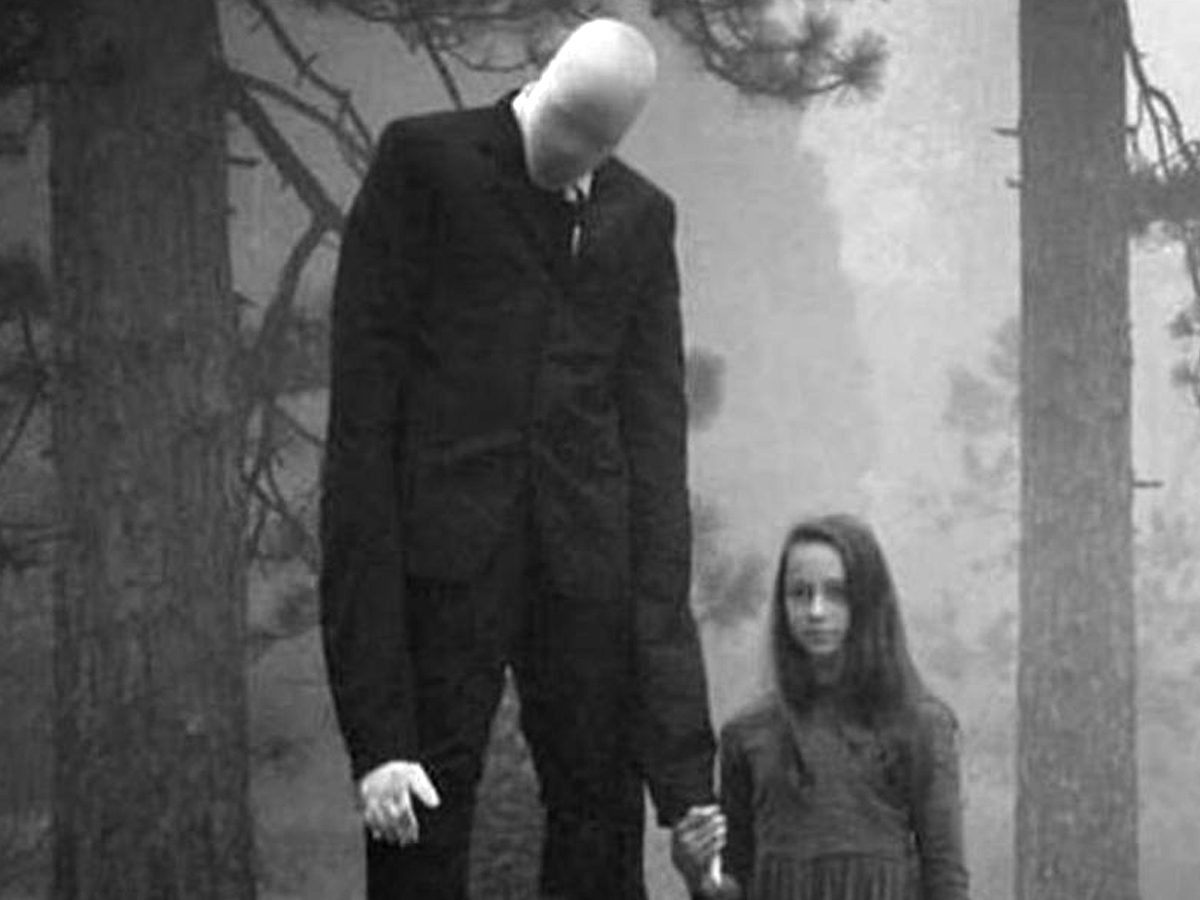 He haunted the internet forums with his beautifully pressed suit and unnaturally long arms until this thin, faceless ghoul got his own movie and video game series. The mystery of The Slender Man is not a narrative story, but a pseudo-historical glimpse at the history of this monster of mankind linked to many other creepypastas.

The Slender Man usually preys on children and others who become fascinated with his life, but as no one has ever emerged from an encounter with him no one knows exactly what happens to the bodies. The Tall Man and the Marble Hornets videos contain recommended tales featuring the Slender Man. During an assault and subsequent court case in 2014 involving three 12-year-old children, the creepypasta figure became a central figure in the real world. Anissa Weier and Morgan Geyser, teenagers from Wisconsin, tricked their mate, Payton Leutner, into the woods during a hide-and-seek game. The pair stabbed Leutner 19 times in a suspected effort to please Slender Guy and left her at the scene. Leutner was able to drag herself to a local road where she was discovered by a cyclist and was taken directly to a hospital where she recovered from her injury.

Weier and Geyser were arrested shortly after the assault and tried for attempted second-degree murder. In 2017, in a psychiatric institution, Weier was sentenced to 25 years, and in 2018, her accomplice Geyser was sentenced to 40 years in a mental hospital. 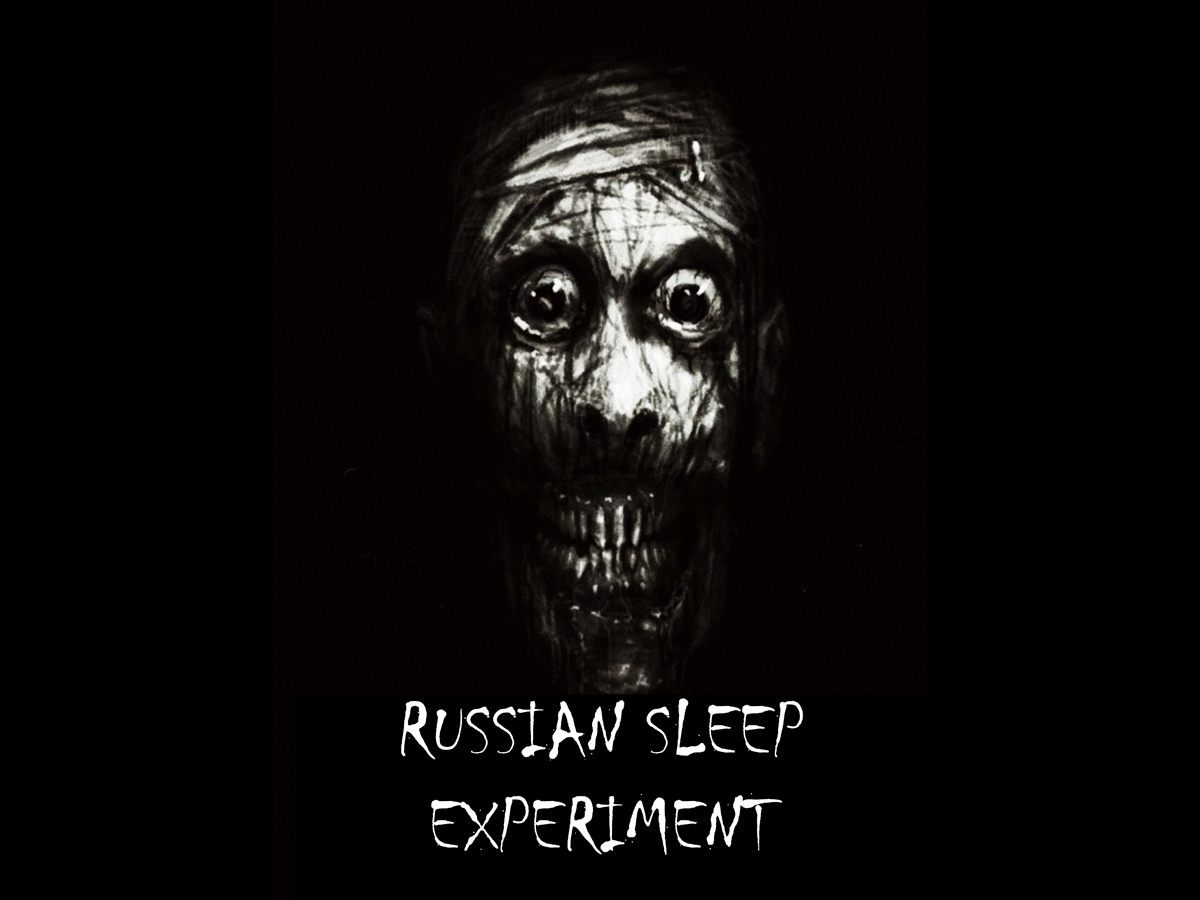 The title of this tale itself brings a sense of fear and terror with it a hallmark of the best creepypasta lists everywhere. Five political prisoners were exposed to an experiment immediately after World War II, in which they had to stay awake for 30 days in a tank filled with experimental gas. Among a variety of other gruesome signs, as in most science-gone-wrong novels, the research subjects tend to lose their heads. When the experimenters struggle to rescue their subjects, the nightmare does not end, far from it.

Only note that if you are squeamish or hate gore, this story will not be ideal, since the plot goes into graphical detail of the patients’ physical condition. Fortunately, there are no photos, or this will be the perfect fuel for the nightmare. 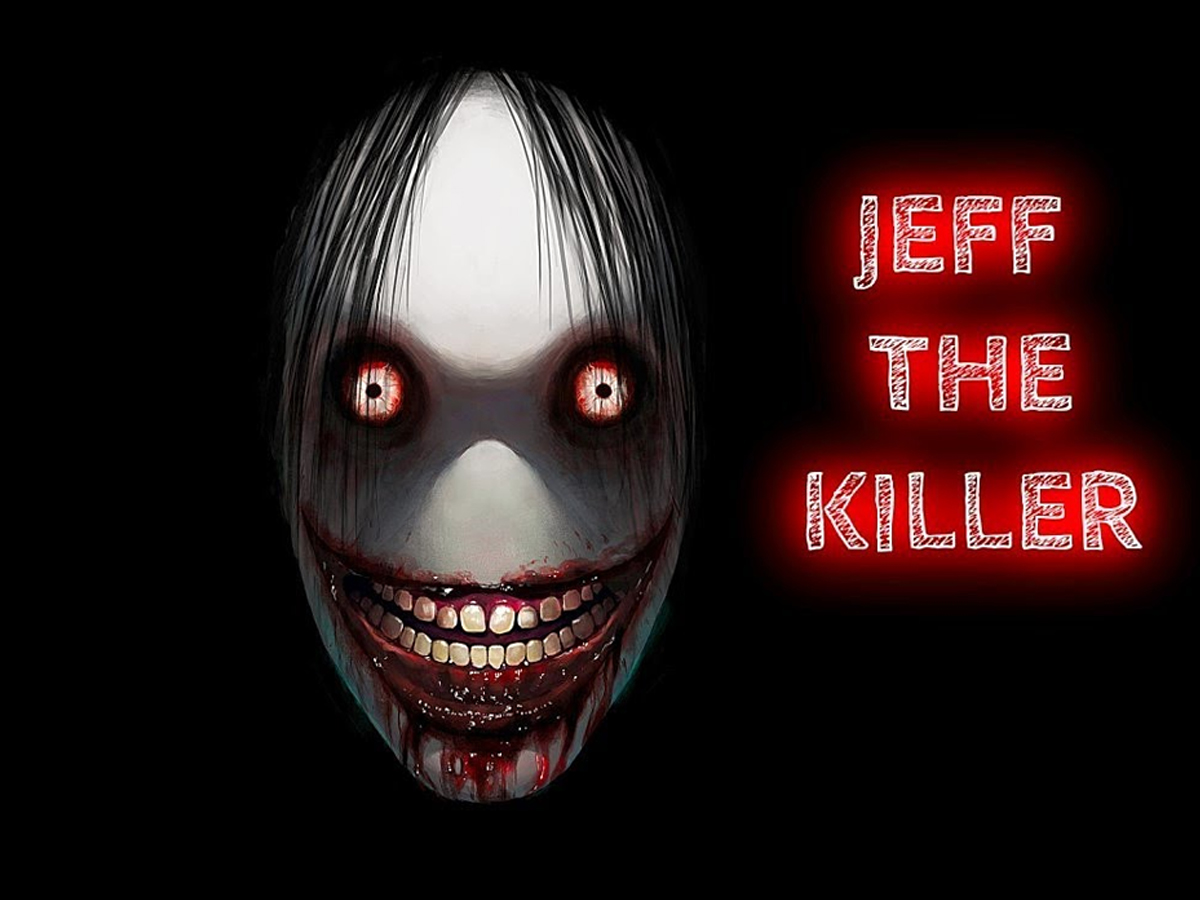 If you have never laid eyes on Jeff the Killer’s notorious picture before, count yourself lucky. Jeff, a serial murderer who hides in the closet and whispers “go to sleep” to his victim before slaughtering everyone in the family. More upsetting than his M.O. His face is smooth and stark white, a wide smile and tiny eyes without a lid. He is one of the creepypastas that is most readily identifiable, with his sinister stare shared around forums.

His story of origin contains a struggle that led to a chemical burn on his face which forced him to experience a mental break. Soon after in order to make cameo appearances in your dreams, he killed his family and vanished into the darkness. 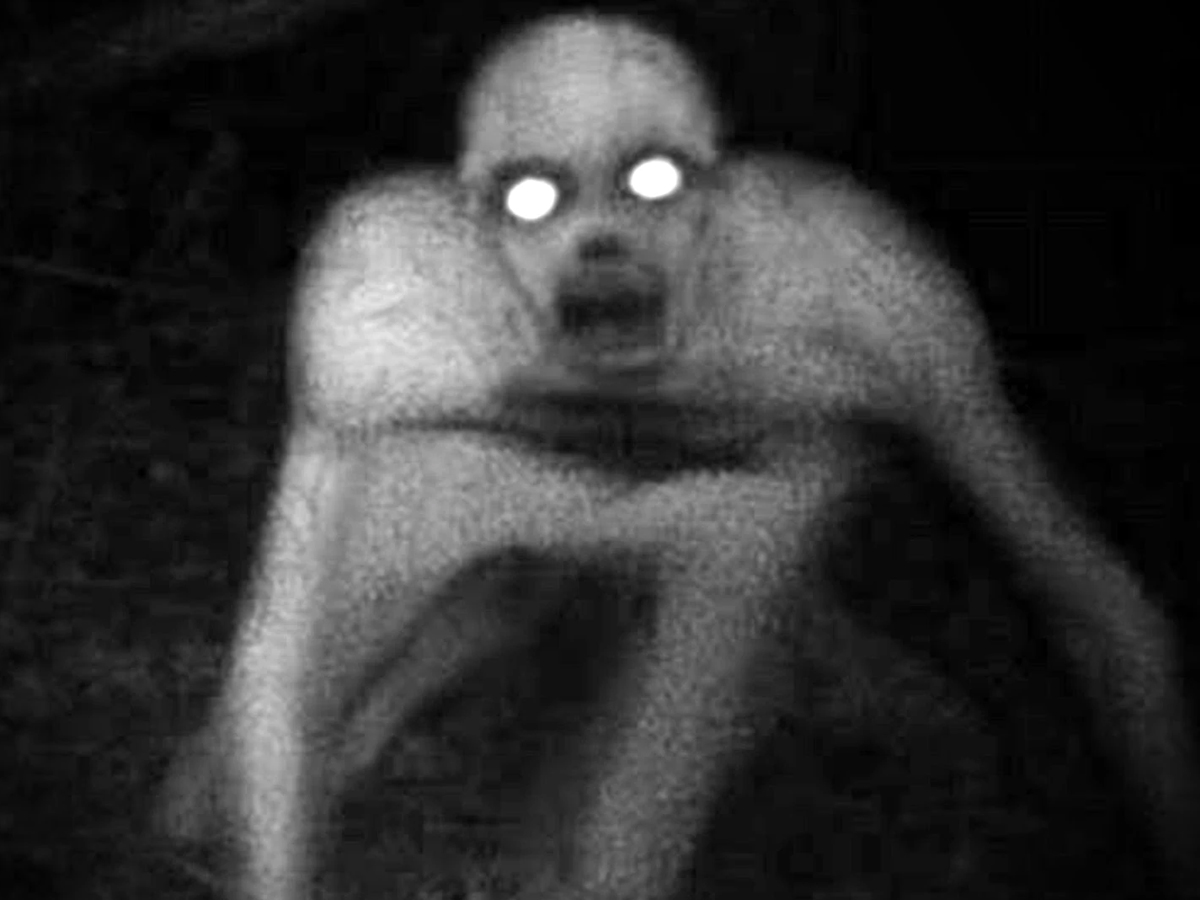 This monster may not be as popular as Slender Man, but he’s sure he’s just as scary. The Rake is an utterly pale, hairless humanoid being who has a hunger for human flesh.

This creature was originally developed in 4chan’s /b/ board according to Know Your Meme where someone opened a “make your own monster” forum. “no apparent mouth, pale skin, six feet tall when standing, but usually crouches and walks on all fours, no nose, no mouth,” and many other troubling facial attributes was the definition that finally became part of The Rake.

Eventually, in many creepypastas, this monster played a key part. Most of these tales primarily have recorded experiences with the beast, and the person dealing with The Rake never makes it out alive more often than not.

A woman wearing a white robe that was soaked with blood stumbled into a hospital in 1972 in this creepypasta classic. She said that this woman had the look of a mannequin, but was very human-like in her gesture and mannerisms, according to the nurse who is recounting this incident.

Doctors and nurses rushed the lady into an emergency room for examination after throwing a kitten she had clamped on the ground between her jaws. Little should the staff of the hospital know that they have no idea who they’re working with, or rather what.