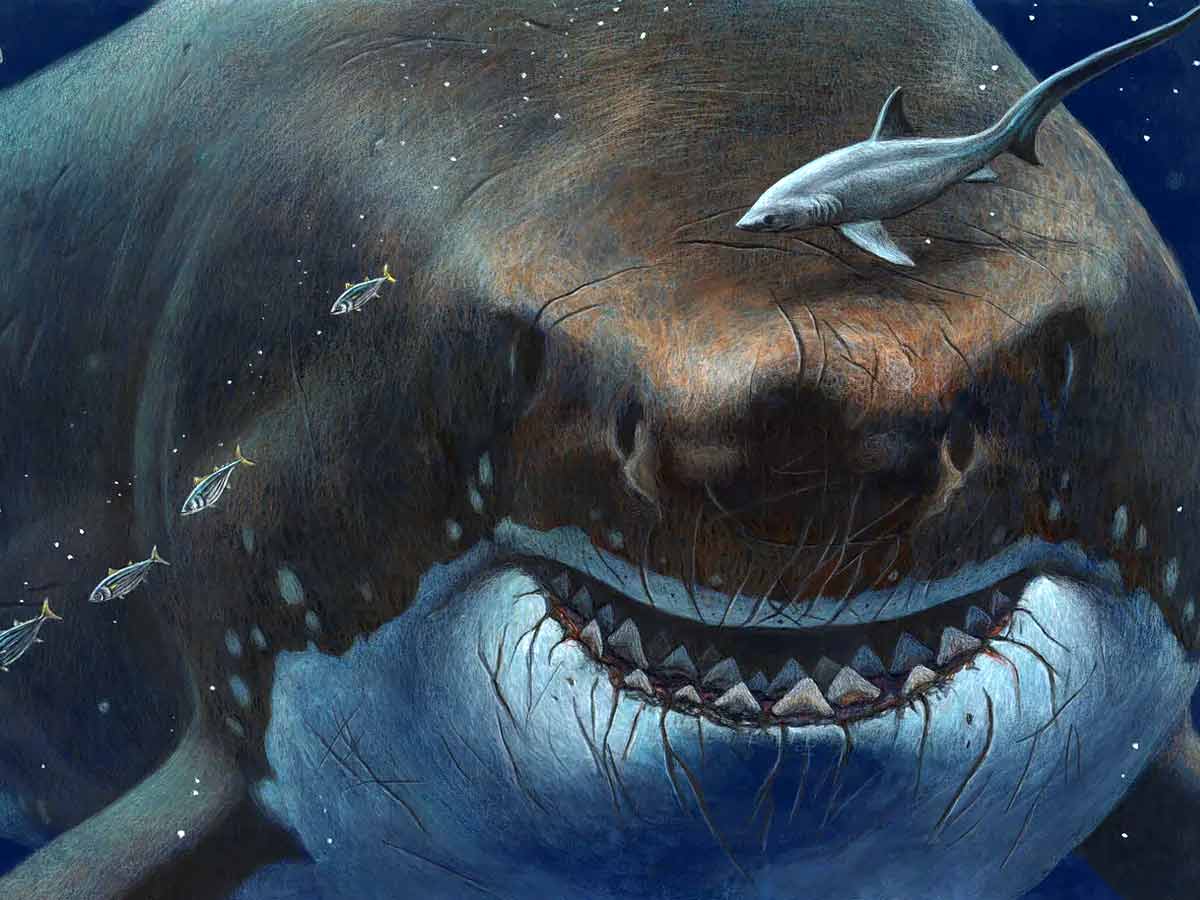 Megalodon the shark, one of the largest predators ever lived, catches all the imagination and attention of the people. This amazing and largest shark is a matter of great fascination among the people. However, the Megalodon shark is an extinct species.

Megalodon the shark lived approximately 23 to 3.6 million years ago during the age of Early Miocene to the Pliocene. Megalodon translates to “big tooth.” So, if you are also interested to know about the Megalodon, the largest shark, then keep scrolling! And to know more about this amazing creature is always interesting and curious.

WHAT IS MEGALODON THE SHARK? 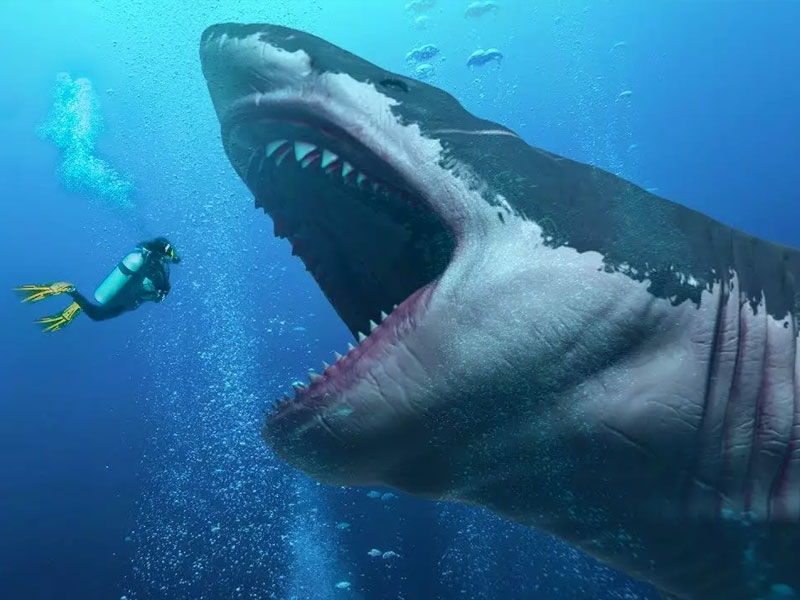 WHAT DID MEGALODON THE SHARK EAT?

Megalodon Shark’s teeth reveal that they would have eaten meat- most likely large fish and whales and probably the other sharks too. And the size of this large Megalodon shark reveals that the big body needs a lot of food, so they require a larger prey. Hence, it has been guessed that the food of Megalodon the shark included animals as small as dolphins and as large as humpback whales.

According to the other evidence related to Megalodon’s feeding habits in the form of fossilized bones. Some of the pieces of evidence were found to have cut marks of megalodon teeth etched in the surface. Some even include the tips of teeth broken off in the bone during the feeding frenzy that occurred millions of years ago.

Megalodon the shark is believed to have a shorter nose or rostrum when compared with the great white, with a flatter, almost squashed jaw. Just as the blue shark Megalodon shark also had extra-long pectoral fins to support its size and weight. The oldest definitive ancestor of Megalodon the shark is a 55-million-old shark known to us as Otodus obliquus. This ancestor shark is believed to grow around 10 meters in length. But the history of this shark dates back to 105 million years ago to the Cretalamna appendiculate. And this makes the lineage of a megalodon the shark over 100 million years ago.

EXTINCTION OF A MEGALODON SHARK 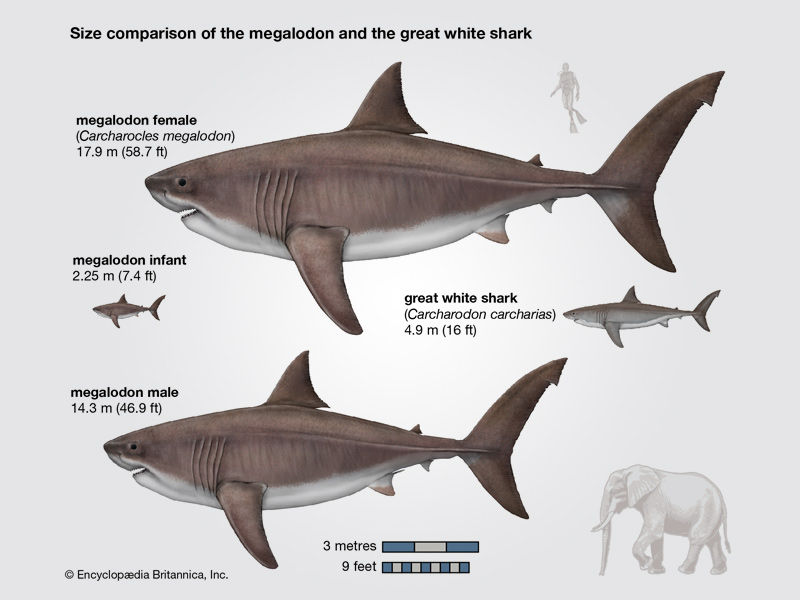 The extinction of megalodon the shark is believed to be by the end of the Pliocene, i.e., 2.6 million years ago. It was when the planet entered a phase of global cooling. Precisely it is not actually known that when the last megalodon shark died. But according to the new evidence, it was at least 3.6 million years ago. 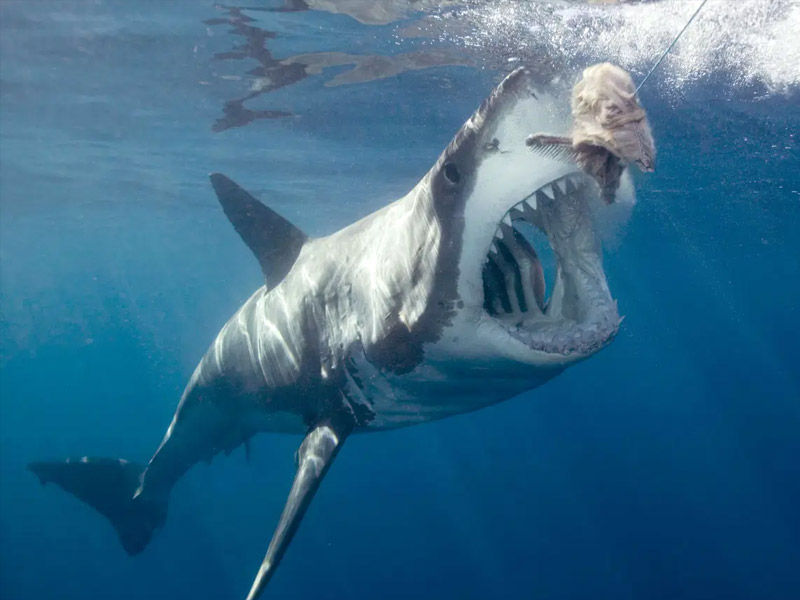 COULD THE MEGALODON SHARK STILL EXIST?

No, it is not so. The Megalodon sharks are not still alive in the oceans. And if any such huge creature still lived anywhere, our researchers and scientists would have definitely known about them. And one of the major reasons for their nonexistence is that they were the creatures apt to the warm water; hence there is no chance that they will ever survive in the cold water. So, they are now completely extinct, and there is no chance that they still exist.