Home Arts & Entertainment Film Dota 2: Everything you Need to Know before you Watch it! 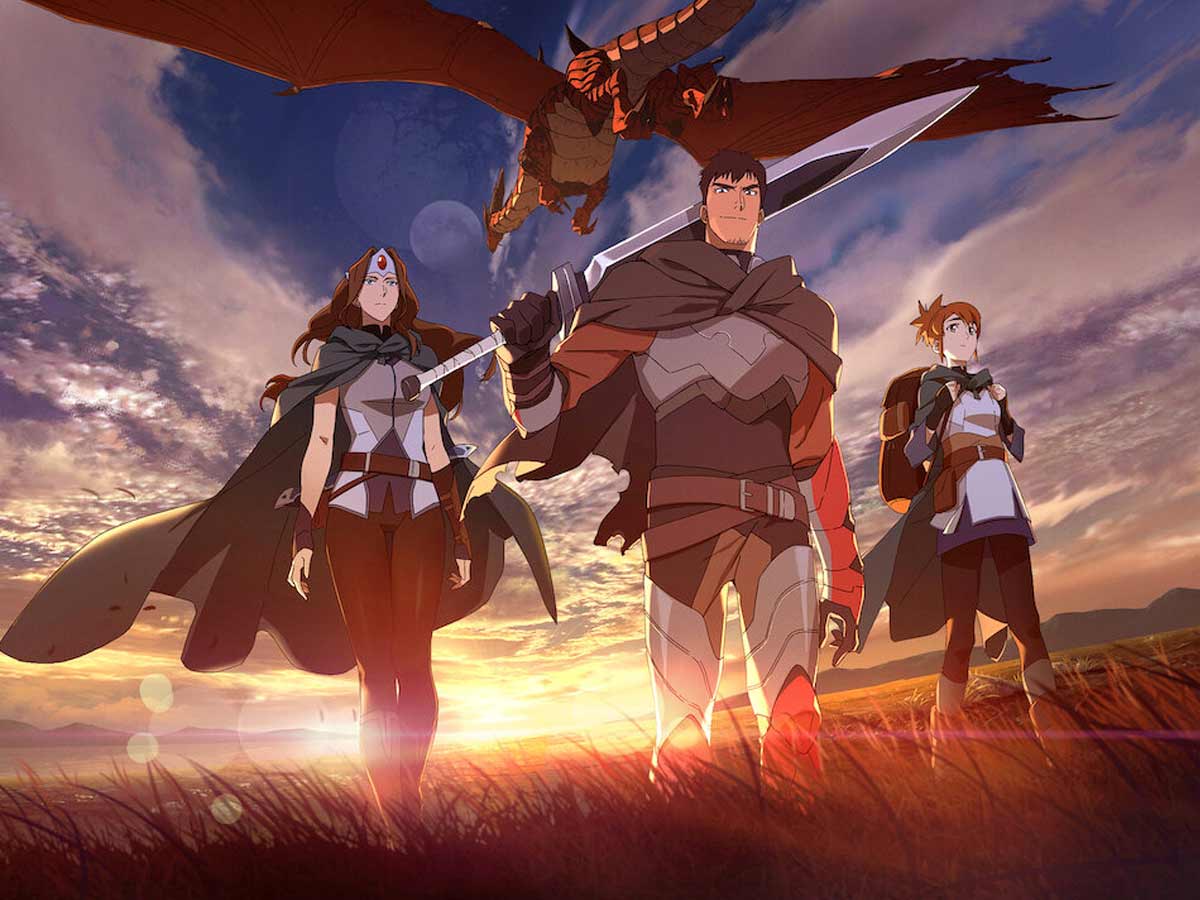 Dota Dragons is a streaming animated epic fantasy television series. It is entirely based on the MOBA video game Dota 2, which was created and published by Valve. This series is produced by Mir Studios in collaboration with Ashey Edward Miller’s company Kaiju Boulevard, and it is animated by Reve Productions. The series premiered on March 25, 2021, on the OTT platform of Netflix. Do you want to see this show? Ashley Miller, best known for his blockbuster films such as Thor and X-Men, is the creator of the entire series.

The first book in the Dragon’s Blood series has gotten a lot of positive feedback. It is not as well received by critics as the Arcane series. The second season has been renewed for a third time. Dragon’s Season 2 will also be lauded. As a result of the Dragon’s Blood series’ own charm. After the terrorblade’s fantastic end of season 1, you can’t wait to see the next series, which appears to have more action motion in the upcoming series.

To begin, it was announced that Dota Dragon 2 would be released in late October of 2022. However, there was no mention of a specific release date previously. However, following the release of its full teaser on December 9th. Season 2 of Dota Dragon’s Blood is available globally on January 18, 2022. So, what are you waiting for?

The eighth episode of Season 1 follows the story of a dragon hunter caught up in the war between the Dark Moon order of the Nightsilver Woods and the elves of Coedwin; the story is entirely based on the video game Dota 2, which was created by Thor co-writer Ashley Miller. The entire first season is centered on the Chaos of Infinite and the result of the primordial mind splitting in half.

Davion does a superb job as a dragon hunter in this series. Whereas the horseman who crossed paths with Mirana, the princess of the moon, has enormous power and is fighting for the lotuses of Mene, which are inextricably linked to the Goddess Selemene.

Also Read, Dear Mother: A Beautiful Netflix Movie | Watch it or Skip it?

The two most prominent supporters, best known as philosophers, are known as invokers, and they are the leaders of the dark moon order. During the lune’s search for the missing lotuses. Meanwhile, the devil known as terror blade embraces the chaos that surrounds Davion and Mirana, hoping to create a new world of their imagination. On March 25, 2021, the first session of Dota: Dragon’s Blood began.

It follows the exploits of the heroes Davion the Dragon Knight and Mirana, the Moon Princess. The first season also featured other heroes such as Invoker, Terrorblade, and Luna. The story of Mirana, Davion, Luna, and Marci is expected to continue in the Dragon Blood series. While it is expected that new characters, ranging from the game to the anime, will be introduced in the upcoming series, including Lina the Slayer.

The following character appears in Dota Dragon Blood Seasons. Davion Yuri Lowenthal plays the dragon hunter Davion, and Lara Pulver plays Princess Mirana, who tries to find the missing lotus from the temple of Mere. They band together to find a sage known as Invoker Troy baker. While the leader of the dark moon ordered Luna Kari Wahlgren to defeat the Goddess Selemene in the face of scepticism from the sceptical levels.

During his journey, Davion wishes to transform into Sly Rank the Ember Eldwurm Tony Todd and, eventually, into a dragon. But, in the end, he was duped by a devious elf named Fymryn Freya Tingley, who struck the lotus. Session one leaves the audience with a number of unanswered questions, including whether the invokers can reach a peaceful agreement with the dark moon order.

WHAT TO EXPECT IN DOTA 2

For over a thousand years, the elf invoker has attempted to exact revenge on goddess Selemene, and she has now been defeated by terrorblade, who is at the mercy of the Invoker. This season, viewers are curious about what the invokers will do with Selemere. Whether it will be invoking vengeance or removing her power. Losing her abilities is worse than death for the goddess, especially if she is watching someone else take her place as a goddess. Is it likely that mere will return for the second session?

The first season of Dota Dragon leaves the audience with a number of unanswered questions. Finally, Princess Mariana’s patron goddess Selene discovered that his ex-lover, an invoker, had struck a bargain with the demon terror blade. The deal involving bestowing seven souls was a significant exchange for the goddess Selene’s soul.

This also heals the world of invokers, and he eventually seeks revenge for 1000 years. Invokers are presented with two options. He has two options: he can kill her or he can take her power, which will hurt her the most. In the meanwhile, Davion gets transformed back into the soul of a human but it still has the soul of  Slyran. Now, the invoker orders Ferry to bring  Davion so that he can take the soul out from him and give it to Terrorblade as per the promise. In Dote 2, the second season former goddess Amara is returned.

So, what are you waiting for go and watch Dota 2 on your Netflix account and share your views with us!