Home Arts & Entertainment Film The Summer I Turned Pretty: A delightful feel good movie about a... 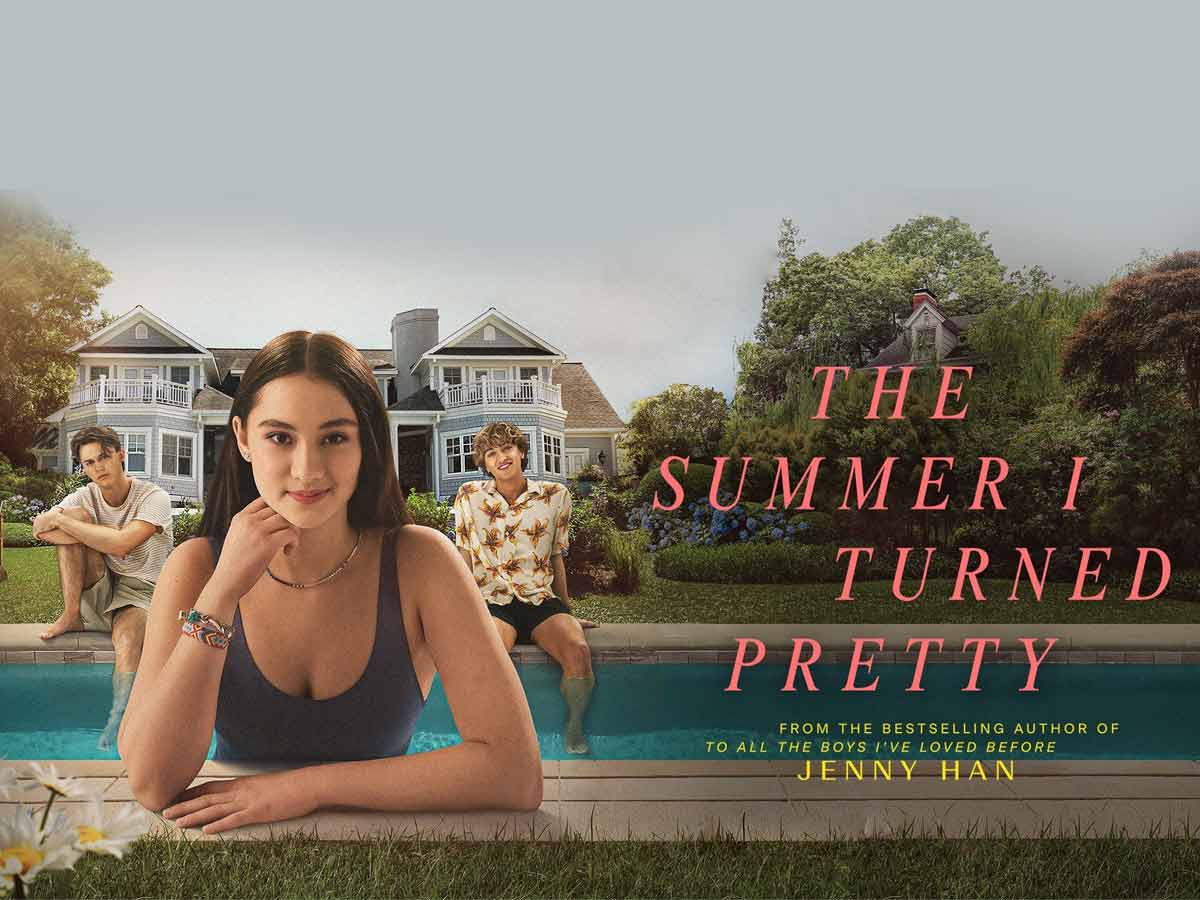 After the success of the To All The Boys I’ve Loved Before trilogy on Netflix, fans of YA novelist Jenny Han have been clamoring for more of her novels to be adapted for the big screen. They’ll be delighted with how her most recent book-to-film endeavors have turned out, with The Summer I Turned Pretty releasing on Amazon Prime Video this week.

While it is not a true, word-for-word adaptation of the book, this seven-part TV series is guaranteed to excite Han’s admirers, who will finally get to see her most famous love triangle play out on-screen. 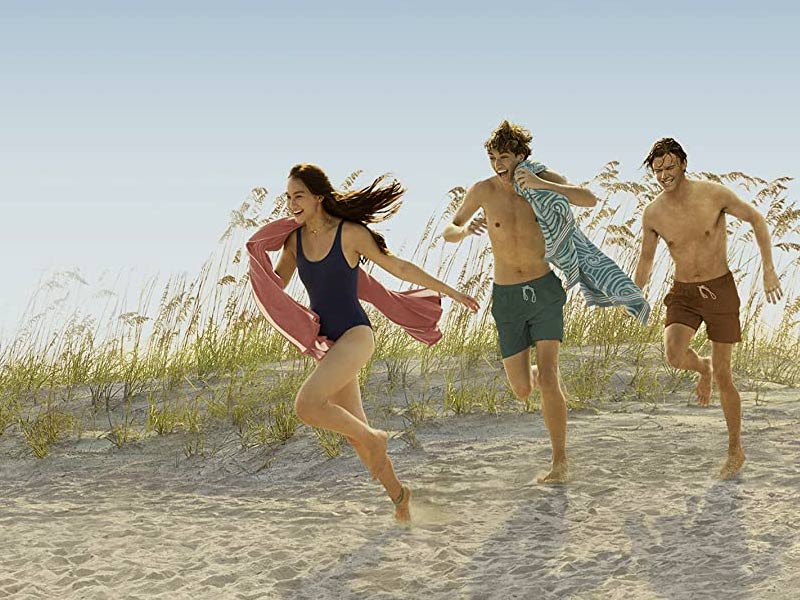 The Summer I Turned Pretty follows Isabelle “Belly” Conklin, a 15-year-old girl, through one remarkable summer in her life (Lola Tung). She, her mother Laurel Park (Jackie Chung), and older brother Steven (Sean Kaufman) have always spent the summer at the beach house of Laurel’s best friend, Susannah Fisher (Rachel Blanchard) – and Belly has always been in love with Susannah’s oldest son, Conrad (Christopher Briney). Jeremiah (Gavin Casalegno), Susannah’s other son, has always been the fun one, almost always smiling and looking to go for a swim or throw his Belly in the water, which he calls a “Belly Flop.”

However, everything changed during the summer in question. The most noticeable difference is probably the belly. She’s gone through a growth spurt, had her braces removed, and switched from glasses to contact lenses. 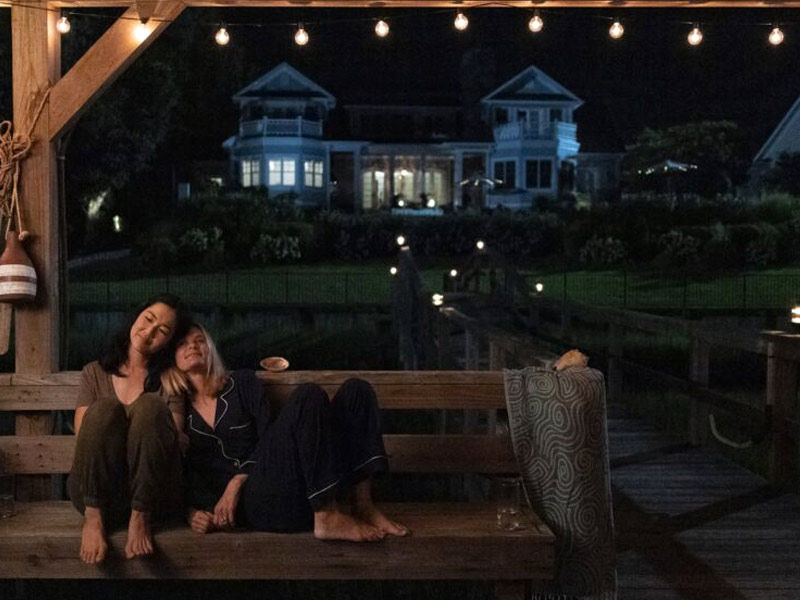 It’s the first time the Fisher brothers have seen her as a young lady — or, more specifically, as a possible love interest. Conrad, who used to spend a lot of time with Belly, has become more distant this summer, transforming into the gloomy YA love interest the genre is famed for and appears to want to be anywhere else than at the beach home. Jeremiah is still lively and upbeat, but it’s evident after a few episodes that he’s taken an interest in Belly as well. As a result, the love triangle develops.

To make matters more complicated, Conrad meets and begins dating Nicole (Summer Madison) at a bonfire party shortly after Belly and her family arrive. Belly is angry at first, but then she meets Cameron, her new love interest (David Iacono). 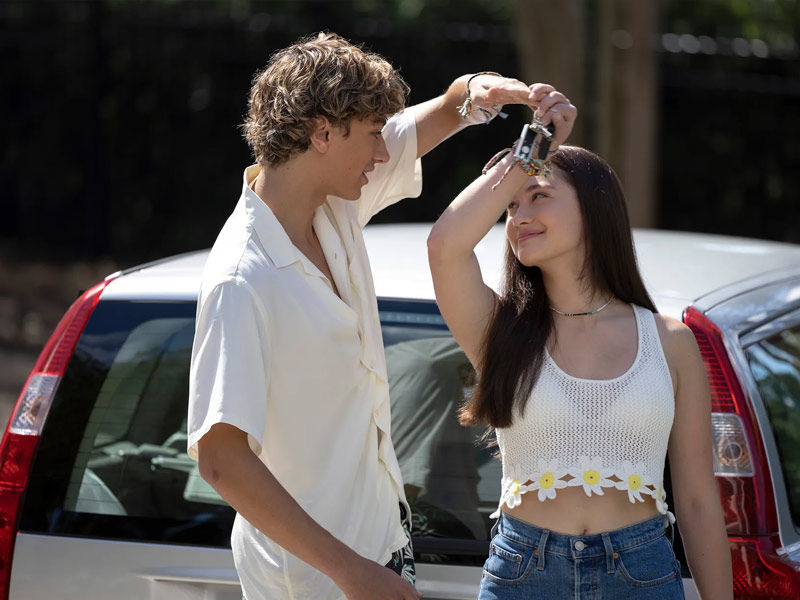 When Cam comes over for dinner with Belly, her family, and the Fishers, it’s evident that both Conrad and Jeremiah are a little jealous, even though they both have their own youthful exploits — Conrad with Nicole, and Jeremiah with a lad he met at a party.

One of the major deviations from the book is the inclusion of a debutante ball, which Susannah gently nudges Belly to attend. Susannah plainly sees Belly as the daughter she never had and is living vicariously through her as she prepares for the deb ball, complete with dress shopping, dancing lessons, and frivolity.

Through the debutante experience, Belly befriends Nicole as well as a few other debutantes with whom she would never have hung out in her life back in Philly. The ball becomes the series’ climax: Who will Belly’s date be? What will her outfit be? What if Nicole discovers Belly has always had a crush on her boyfriend? 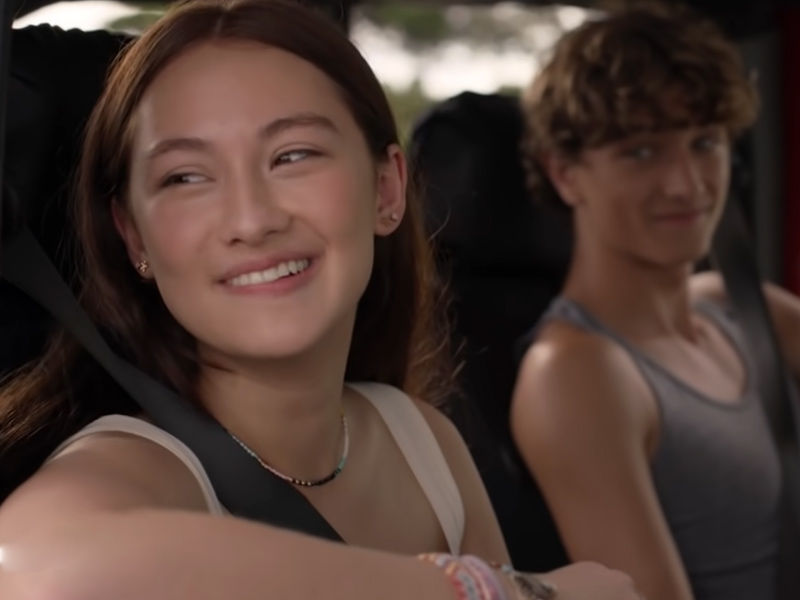 There are a few subplots that provide additional flesh to the narrative, such as Steven’s growing romance with another debutante, Shayla (Minnie Mills), who is plainly wealthier than his family, and mum Laurel getting back into the game with the help of local author Cleveland (Alfredo Narciso).

It’s a welcome change of pace to witness an adult relationship intertwined with a clearly young plot, and it works. After all, Laurel deserves to be happy, right? There’s also a terrific scene where Laurel and Susannah go out and recreate their youth, complete with strange hookups, booze, and dancing. This series demonstrates that moms may have fun as well. 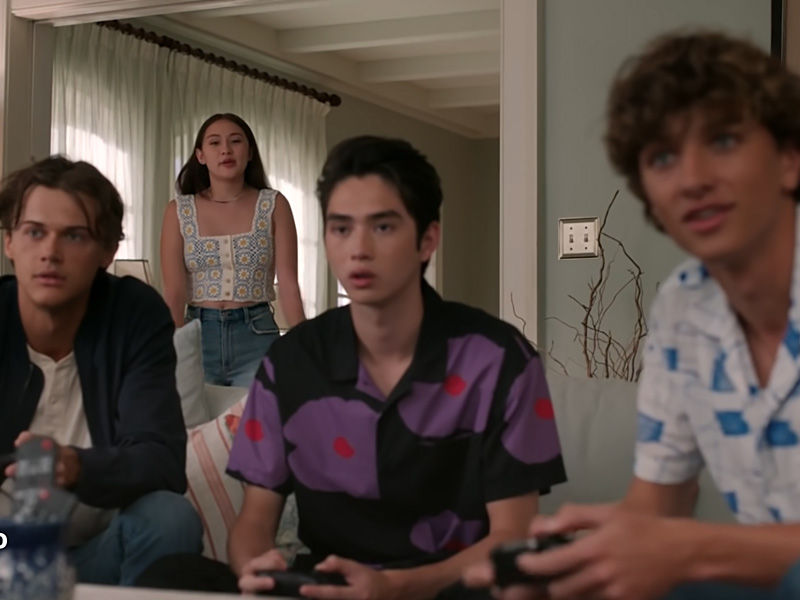 Tung sells every moment of the show’s star, Belly, with her dazzling performance. The spectator is pulled to Belly because, yes, she did get attractive this summer, but she also has a captivating screen presence, which is essential for telling a story like this one. You’re immediately immersed in Belly’s story and strongly want her to have a good ending, whatever that may be. You want to be her friend and have her with Conrad.

Or Cam. Jeremiah, for example. The girl has a lot of options! She isn’t flawless either. She makes a lot of bad mistakes as a teenager, and she may be a little selfish at times. But Han (who also serves as an executive producer and co-wrote the teleplay) always gets it right. 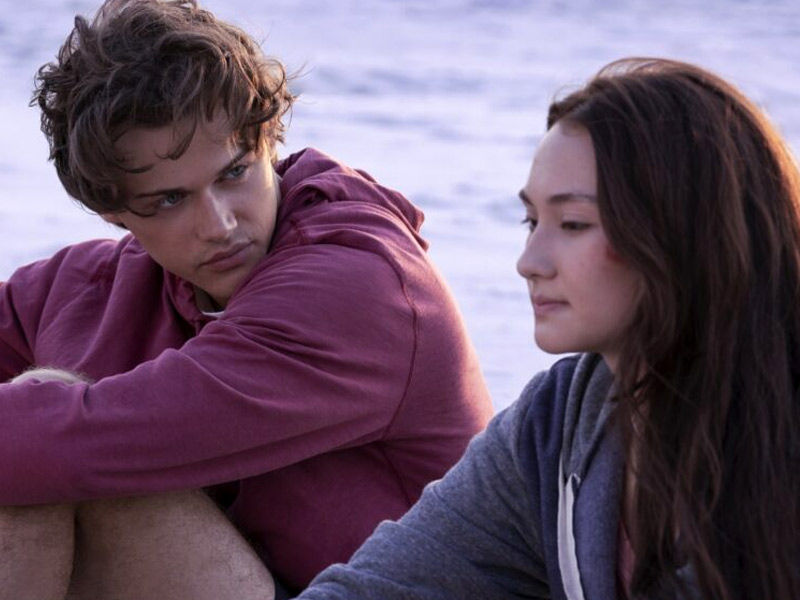 She understands teenage girls and writes about them in a way that makes you feel like you know and loves them as well. Though the love triangle — or quadrangle, with Cam involved — can feel a little contrived at times, this story works on many levels. You grow to care about these characters and want them to be happy.

Also read: Woori the Virgin: Is this Korean adaptation of the popular American show up to par?

The setting, a small seaside town named Cousins, is another thing that works in The Summer I Turned Pretty. Wrightsville Beach and Fort Fisher, North Carolina, serve as Cousins in this case, and the show is shot in such a way that you feel like you’re right there on the beach with them, taking in the gorgeous marsh vista out the back patio of the house or traversing the winding pathway to the Atlantic Ocean. 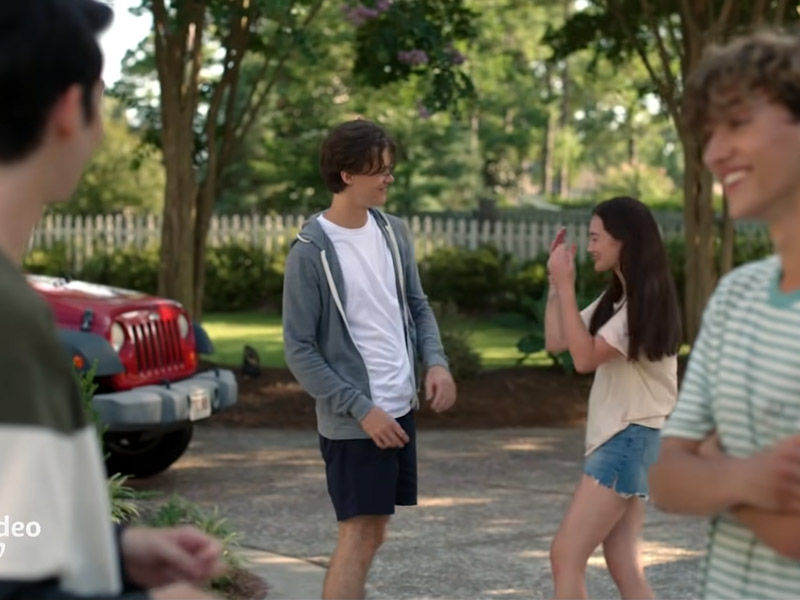 Cousins Beach is an important aspect of the plot, and it would be an injustice not to mention it. However, be warned: after viewing this series, you may find yourself desiring Vitamin Sea.

Although it isn’t explicitly stated in the novel, there are hints of Laurel’s Korean culture, such as a Korean treat on Belly’s sixteenth birthday and a brief mention of how Laurel’s traditional Korean Baptist parents didn’t necessarily approve of Steven being conceived before her marriage to Belly and Steven’s father.

When recounting any story, teenage or otherwise, a break from the fundamental straight, white culture is always a good thing. It gives the story a distinct and refreshing taste. 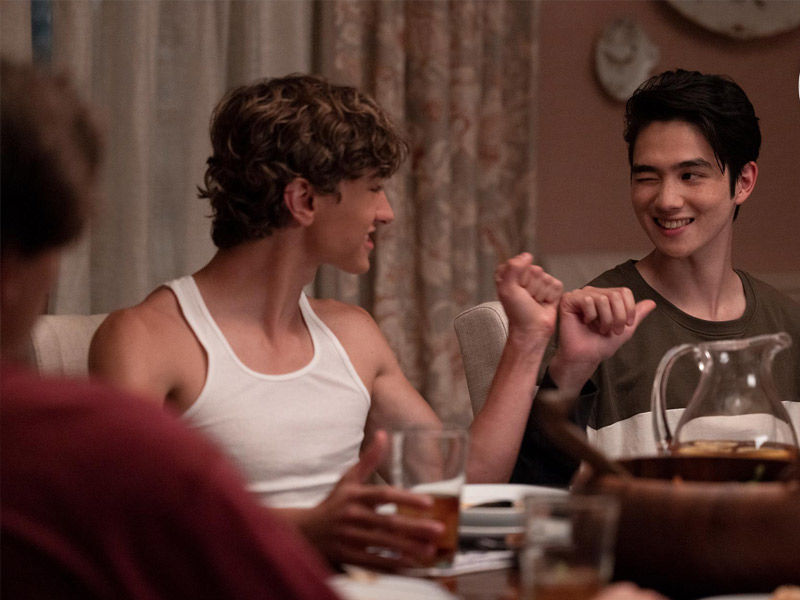 Overall, The Summer I Turned Pretty is a pleasant summertime viewing experience, the television equivalent of “a beach read.” Though not every moment is joyful and pleasant, it is a fitting tribute to summer and young love.

Don’t worry, since a second season has already been ordered by Prime Video, when you’re done bingeing Season 1, there will be more Belly, Conrad, Jeremiah, Laurel, and Susannah to come!