Home Arts & Entertainment Film Choose or Die? A Game that Kills without a Reason 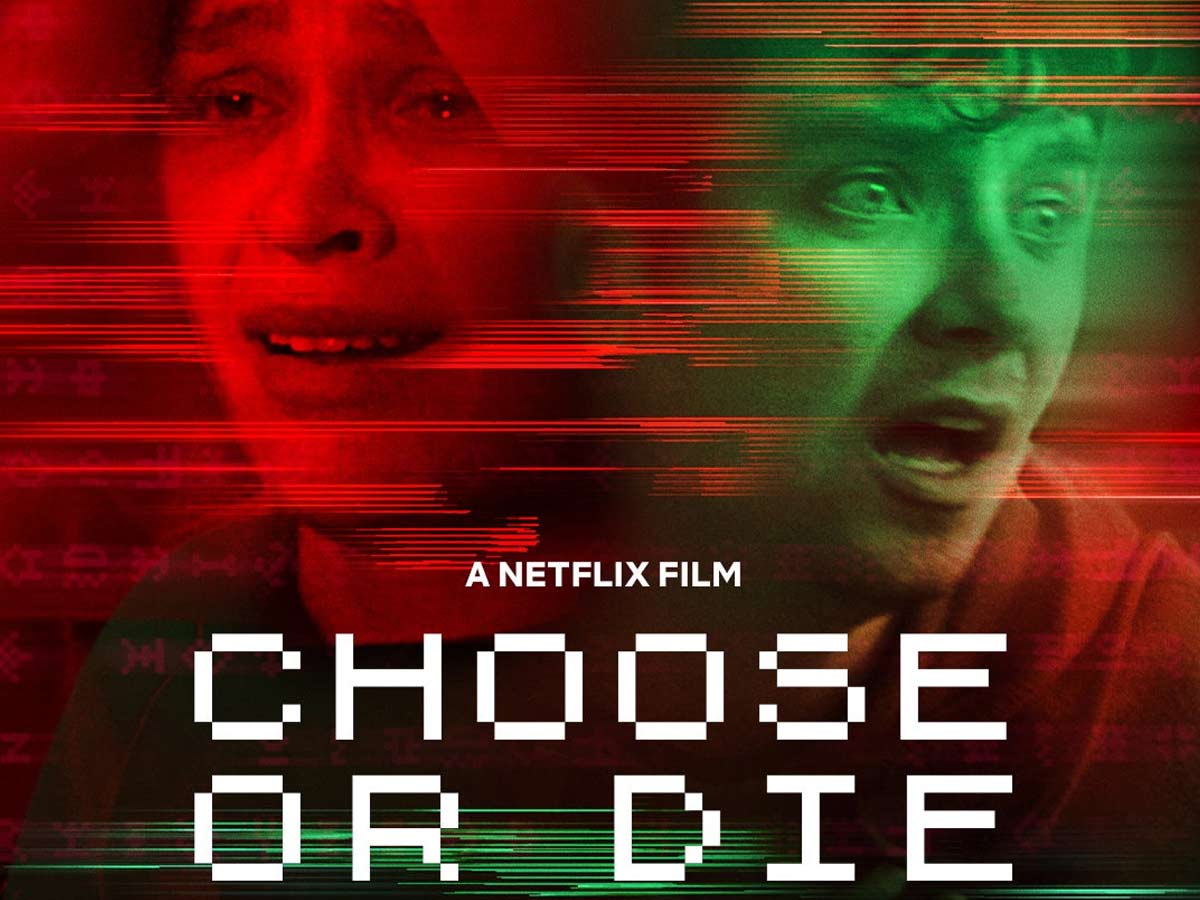 Netflix’s latest film about a murderous text-based game, “Choose or Die.” The Series is Cursed

Recently, a slew of horror films have been employed by social media and modern technologies to deliver their scares. Choose or Die, on the other side, goes the traditional route. The cursed videogame in Netflix’s new film isn’t going to let the fact that it’s an 80s text-based adventure stop it from terrifying both the heroes and the audience.

If you enjoy your 80s nostalgia with a dash of horror or simply enjoy a good adventure game, Choose or Die is a must-play. The terror in this text-based game extends far beyond a restrictive parser, and realizing that a tiny choice made hours before has rendered your game unwinnable. So watch this new film and find yourself why “you cannot obtain ye flask.” Excited? We thought so, too. Here are all the details we know about Choose or Die so far.

When Will Choose or Die Be Released?

Choose or Die will be accessible on Netflix starting April 15, 2022. During the 2021 Cannes virtual market, the streamer acquired distribution rights. Choose or Die, with a TV-MA classification for “language, violence, self-harm, [and] smoking,” is probably unsuitable for younger horror fans.

What Is the Point of Choose or Die?

Choose or Die, formerly known as CURS>R, is the narrative of a cursed computer game. CURS>R, the game is a text-based adventure that runs on a “Datadeck” tape drive, similar to the Commodore 64’s Datasette drive. (Data cassette games, comparable to music cassettes, were popular in 1980s computer gaming.)

When opened, the game displays green lettering on a black background, which will bring back memories for anyone who grew up with monochrome monitors in the 1980s (and a bit of eye strain). While the game initially looks to be an old-school text-based adventure in the spirit of Zork or similar, CURS>R can affect reality itself, with players able to bend and change the world around them through the game’s choices.

CURS>R was never beaten and was mostly forgotten until Kayla, a young lady in desperate need of money to prevent eviction, stumbles into the game and discovers the unclaimed $10,000 reward. Kayla immediately recognizes the game as a nightmare, and she must find a way to protect herself and others she cares about from CURS>R.

While the cursed adventure game premise of Choose or Die may evoke analogies to the interactive Black Mirror special Bandersnatch, it remains to be seen what bigger arguments about technology and interactive narrative Choose or Die will make with this intriguing notion.

Is there a Choose or Die trailer?

On March 29, 2022, Netflix published a trailer for Choose or Die. The trailer establishes Kayla’s financial troubles and motivation for trying to win a cash award for beating an outdated game and the premise of Choose or Die. The firm from which she receives her eviction notice is Kismet, an intriguing bit of thematic naming. We learn about CURS>mechanics R’s when Hal says, “the more the cursed suffer, the more the curser benefits.”

Kayla’s attempts to exit the game result in the game attacking her and compelling her to continue playing, with a young child reminding her that she “needs to pick… choose or die.” As we watch the game take over Kayla’s phone and announce a boss battle, it’s unclear how the game connects with current technology.

The trailer is not for the faint of hearted. The game’s reality-warping abilities are demonstrated when Kayla mistakenly forces a waitress at a cafe to ingest broken glass, much to the dismay of the horrified waitress. The clip contains a few humorous nods to 80s horror, including a Nightmare on Elm Street poster. Then imagine what the movie will do to you…

Who Is the Choose or Die Cast and Crew?

Kayla is played by Iola Evans in the film Choose or Die. Evans appeared on Carnival Row and may be known to viewers of The CW’s The 100. Iola Evans portrayed Callie Cadogan in Season 7’s “Anaconda,” which was meant to be a backdoor pilot for a prequel series. Even though that project never materialized, Iola Evans will appear in the upcoming films Phea and The Origin.

In Choose or Die, Asa Butterfield plays Kayla’s friend, or at least acquaintance, Issac. Butterfield made his film debut at ten in The Boy in the Striped Pajamas, a dismal tragedy set during the Holocaust. Butterfield is best known for his role as Otis Milburn in the British dramedy series Sex Education.

In Choose or Die, Robert Englund portrays a fictional version of himself, a fun casting choice. If you enjoy 80s nostalgia, look for the Nightmare on Elm Street actor in the forthcoming Season 4 of Stranger Things, where he will play the deadly Victor Creel.

Eddie Marsan also appears as Hal, who appears to be another victim of the cursed game. Marsan is most recognized for his roles in Ray Donovan, where he portrayed Terry, and The Contractor, in which he played Virgil. Marsan also appears as Inspector Lestrade in the Sherlock Holmes film franchise, stars Robert Downey Jr.

Liam Howlett wrote the music of The Prodigy. Toby Meakins directed, and Simon Allen wrote Choose or Die. This is not Meakins and Allen’s first collaboration. They met in college and have been working together on horror shorts such as The Magic Mile, Breathe, and Floor 9.5 ever since.