Home Arts & Entertainment Film Elite Season 5: Too Much Sensuality for a Murder Mystery 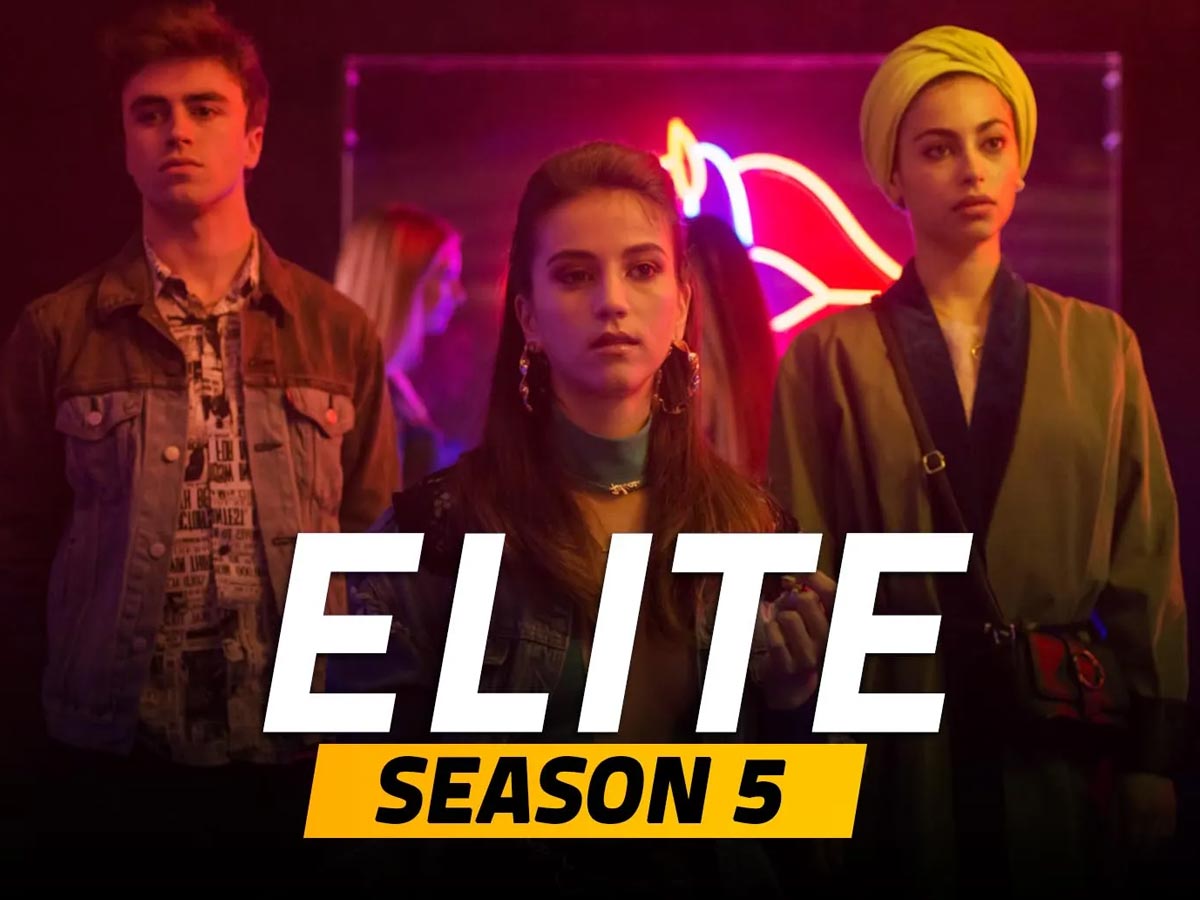 Elite! is a Spanish teen drama that gained popularity during the pandemic. The show is a smash hit due to the fantastic storyline, the performances of the performers, and the locales. As the title suggests, Elite is about the drama of privileged classmates at a secondary school. The show has a rating of 7.5, which is reasonable given the work and performance of the cast! Now it has reached to Elite Season 5

The cast of ‘Elite’ is well-known. It stars Omar Oyasu, Mina El Himmani, Maria Pedraza, Itzan Escamilla, Miguel Herran, Miguel Bernardeau, Danna Paola, and a slew of other excellent performers throughout the seasons. These performers are well-known for their roles in other Netflix popular shows. The show ‘Elite’ is also available to watch online.

Season 5 of ‘Elite’ premiered on Netflix on April 8, 2022. Season 5 garnered a great response from critics and fans alike. This Season reveals numerous secrets concerning Season 4 of ‘Elite.’ The arrival of new kids at the prestigious ‘Las Encinas school upsets the apple cart. Don’t worry if you’re interested in learning more about the 5th Season’s reviews. We’ve got your back.

The season 4 conclusion of ‘Elite’ takes place during a New Year’s Eve party. Armando thrashes Ari mercilessly. The principal of ‘Las Encinas’ is replaced. The principal’s three children also attend the school. Armando was shot for blackmailing Menca for their struck contract, and his friends dumped his body in the river. Omar and Ander split up at the end of Season 4’s episode. Their breakup was filled with tears, sadden many of their admirers.

Season 5 of ‘Elite’ contains everything a fan of high school teen drama wants to see. After Season 2, this is regarded as the best Season. This Season features an unrivalled number of twists, turns, and answers. The first twenty minutes of Season 5’s first episode draw the audience into watching the show with bated breath. Fans are eager to hear a comprehensive review of ‘Elite’ season 5.

The first episode of Season 5 focuses on Samuel’s frustration with himself. He is sorry for confessing to Armando’s murder. Samuel confesses to the cops that he was responsible for the murder so that Benjamin may be saved. He assures Samuel that he will protect him. However, Benjamin does not keep his vow to save Samuel. At the end of the season, it also appears that Samuel has died. Itza Escamilla’s return in Season 6 of ‘Elite’ is expected to be quite low.

Since the beginning of Season One, the core cast has changed, which has become the show’s weakness. Some of the cast members are also slated to leave following season 5. The admission of new kids to the exclusive school has irritated the older students, yet the older students add to the show’s appeal. Isadora and Ivan are the new students at Las Encinas, and they add drama and fun to the show. However, in the entire Season of ‘Elite,’ their relationship with their Principal father is not portrayed in depth.

Omar was a bit cut from the script of Elite’s brand new Season. He is one of the two remaining performers that have been with the Elite series since the beginning, the other being Omar. In the first half of the season, his role was non-existent. He is in his final year of high school at Las Encinas and estranged from his boyfriend, Ander, and they had a complicated connection. However, Omar was not seen much this Season. The producers may allow Omar to appear in the upcoming Season of Elite, but fans do not believe he will stay for long.

The murder mystery plot takes up a lot of space at the end of each episode this Season. In this season, the original narrative style is still used. The students at Las Encinas are be-fuddled by their love lives, jealousy, killings of their friends, and everything else except the concept of school, which is learning.

Cayetana wants to assist Samuel because he does not receive support from Benjamin’s mentor. All of them seek to reveal Benjamin’s wrongdoings. Caye works as a cleaner and takes advantage of the opportunity to enter Benjamin’s workplace. She goes through the workplace looking for evidence. However, she is later caught and suspended from duty. However, it is unknown whether Caye will return for the next Season of Elite.

Isadora is a new student in the school and a wealthy influencer. She is willing to go to any length to win Phillipe and have a relationship with him. Caye wants to help Phillipe develop past his flaws, and she tries everything she can, but Phillipe refuses to follow the right path. He is drawn to Isadora and wishes to be with her. He is swayed by her allure and attends to her events.

Phillipe is estranged from Isadora because she is involved in a drug problem. At the same time, Ivan discovers something startling to him. One night, he observed Patrick and his father kissing in the pool. He is dissatisfied because he was unable to digest the truth. Isadora and Ivan decide to skip a few days of school, and they intend to travel to Ibiza with other fellas. In Ibiza, they both party hard with alcohol and booze, and Phillipe ultimately joins them.

Season 5 cannot be the final Season of Elite because many mysteries remain unsolved.

Elite’s creators intend to continue the series for nearly ten seasons. In addition, the Season finished with greater drama than the previous seasons. Finally, a murder occurs, and the fans have no idea who was slain. Benjamin was also arrested, and while Samuel is unconscious, it has not been proven that he is dead. The fans have concluded that Samuel would not survive. The truth behind the murder is unknown, and we may learn more in the upcoming Season.

Despite numerous unanswered mysteries, the Elite series will be renewed for a sixth season. The Season, however, will not be released anytime soon. The next season of the teen thriller drama is scheduled to introduce additional new characters. The show will return for a sixth season at the beginning or middle of 2023. The fans are eagerly awaiting the resolution to their mysteries.

Elite Season 5 features a total of 8 episodes. The pattern is consistent with previous seasons of the show. Each episode lasts between 45 and 50 minutes. The tension and mystery established in each episode keep viewers glued to their television screens and sofas until the conclusion. The Elite series is a one-of-a-kind blend of romance, thriller, mystery, and drama. If you enjoy thrillers, you should not miss them at all costs. If you haven’t already, watch the show! Netflix has all of the seasons available for viewing.