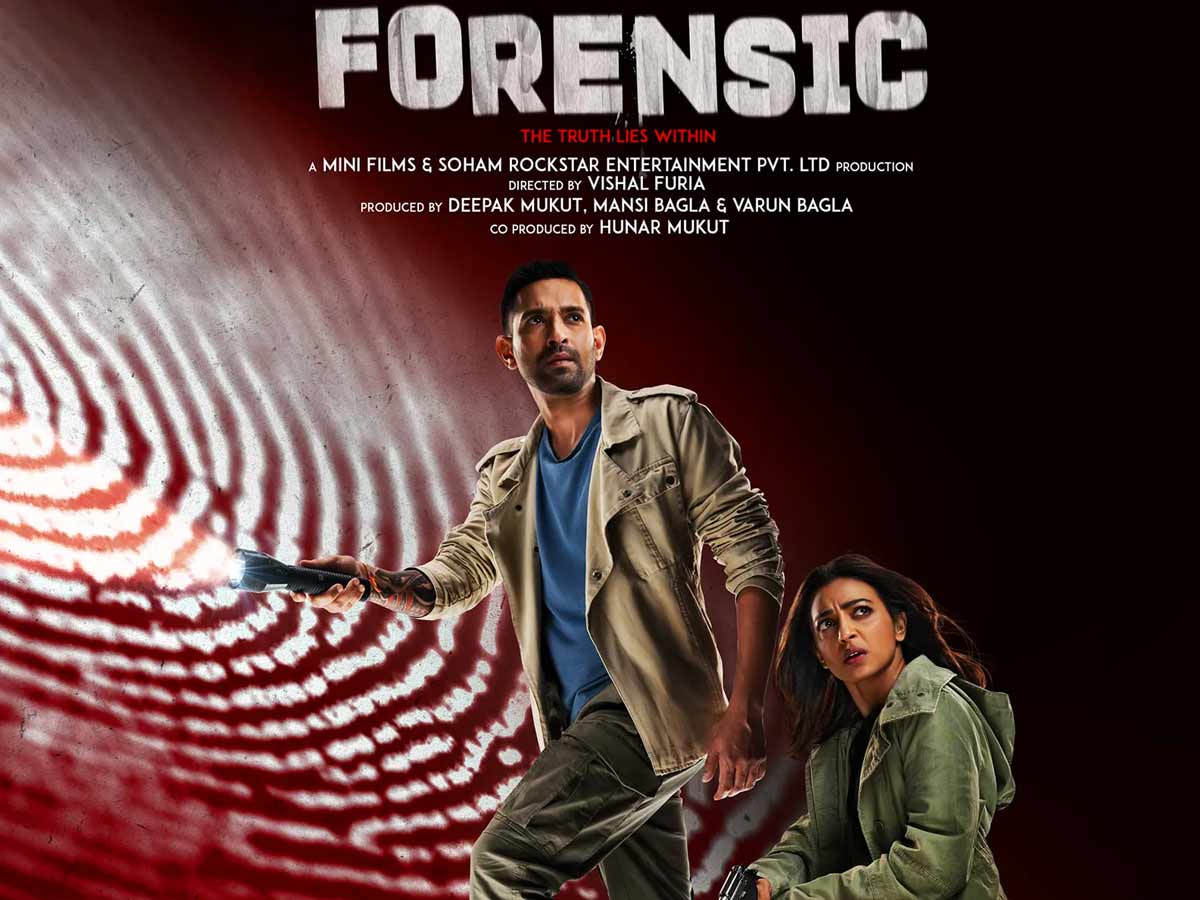 It’s like seeing a mob lynching to sit through the Hindi remake of the 2020 Malayalam mystery Forensic. It’s not a fun way to spend time.

There ought to be regulations safeguarding the source material from serious lynchings like the mauling the remake creators committed against the original movie.

Simply because a producer purchases the rights to a popular movie shouldn’t give him the right to radically modify the original. The original and the remake should have a similar relationship to a landlord and a renter. There is no room for expansion or wall-breaking.

Of course, there is also the poor acting. In the original, Tomas Tovino played Samuel, a forensic specialist with a hilariously wicked sense of humor. The forensic expert in the adaptation is portrayed by Vikrant Massey, who typically plays trustworthy characters, in a way that resembles a cross between a petulant child and an insensitive worker. Radhika Apte, who portrays Massey’s sister-in-law and is a police officer looking into the horrific death of young girls, appears to be preoccupied with other matters.

At a crime scene, Johnny (whose name is spelled “Jhonny”) makes fun of the victims by reciting the nursery rhyme “Johnny Johnny, Yes Papa,” substituting his own words (much like the Hindi version of Forensic does with the original), and doing so in both a male and female voice, as if it were a mock dialogue between the murder victim and her murderer.

The plot relies heavily on the trans character. It is a new character, an addition, and not a part of the original movie, which was co-written and co-directed by Akhil Paul and Anas Khan with much more tact.

I must admit that the remake has terrible writing. The creative crime of changing the murderer’s identity at the very end needs to be thoroughly investigated. The minds behind the remake would contend that since the original perpetrator had already been revealed on the OTT platform, the identity of the murderer needed to be changed. Like that of a compromised account’s password?

This is precisely why it was wrong to even attempt the Hindi version of Forensic, with all of its sins against the creative process, let alone to attempt it in such a snide manner. The conclusion of the Hindi version is so absurd that it makes us want to climb the next wall in addition to leaving us scratching our heads. Why would a director alter a movie in this way? It is blatantly desecrated.

Javed Akhtar, a writer whose Zanjeer was transformed into a failure, is not inherently against remakes. In reality, Salim and Javed once adapted Do Ustad, a 1959 movie, as Haath Ki Safaai in 1974. Some movies merit remakes. Some classics might receive a new interpretation as time goes on.

But some classics are sacred and untouchable. Sholay, Mughal-e-Azam, Gone With The Wind, or Ben Hur cannot be remade.

These timeless works shouldn’t be altered because the scripts couldn’t be developed further. However, several movies could use improvement. One of the most well-known filmmakers in the world, Martin Scorsese, effectively reproduced the 1962 classic Cape Fear. For the remake of The Departed, Martin Scorsese won his first Academy Award for best director.

Arjun, the Sunny Deol-starring film directed by Javed Akhtar, should be redone. He believes that as a screenwriter, he can enhance the script.

The 1959 film Do Ustad, in which Raj Kapoor and Sheikh Mukhtar starred, served as the inspiration for the Salim-Javed-written Haath Ki Safaai. When Salim and Javed first saw Do Ustad, they could sense the plot’s promise that had been obscured by translation. Do Ustad, in Javed’s opinion, was vastly inferior to Haath Ki Safaai.

As for the Forensic remake, we wish we could say the same.