Home Arts & Entertainment Film Happiness: An Amazing Series that Depict Something Else 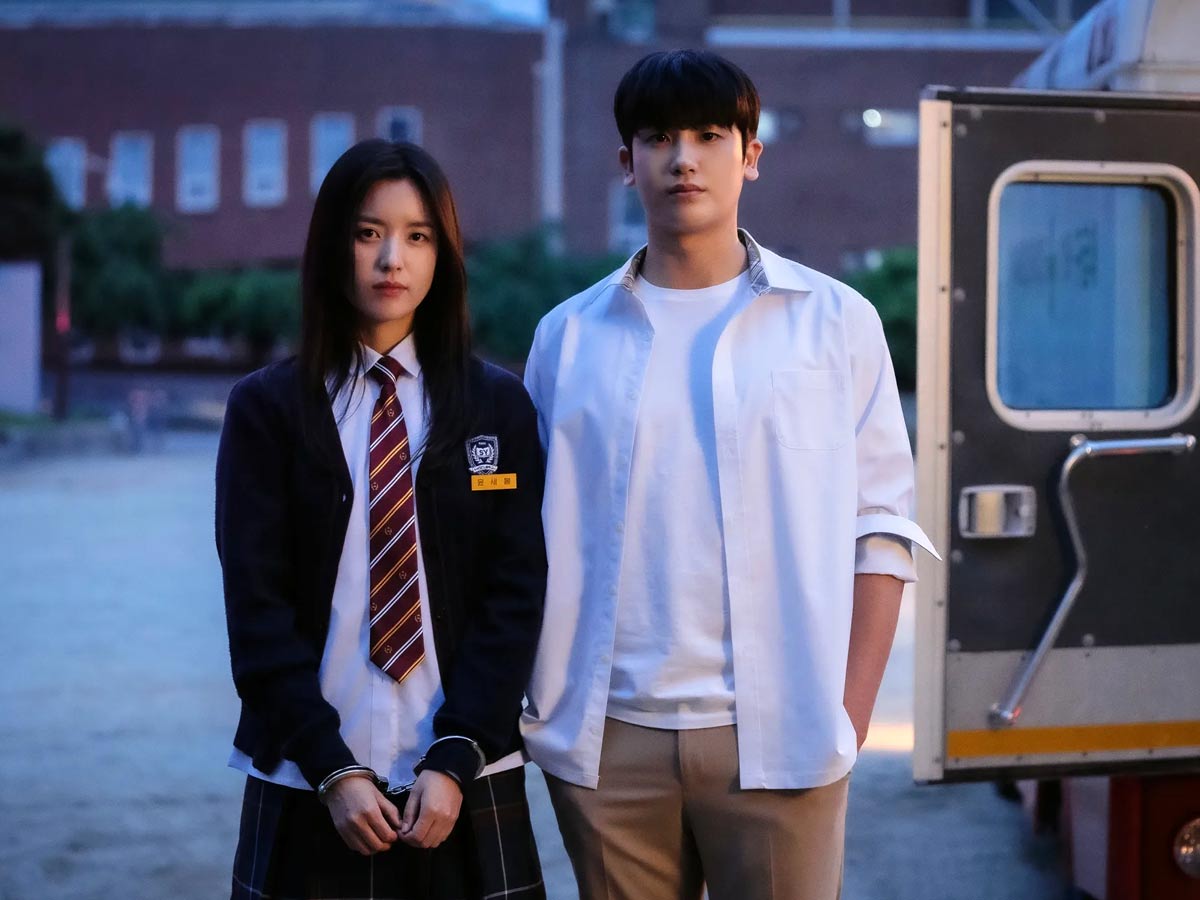 Despite the title “Happiness,” the series depicts a string of catastrophes and crises. Is it an ironic attitude of resignation, knowing that the characters would never be able to return to happier times? Or is it their determination to persevere to the bitter end? In contrast to its ambiguous title, Happiness entices spectators with a gripping plot.

It depicts the mayhem produced by a mad person’s sickness spreading over an apartment complex and confronts the COVID dilemma head-on. Maybe that’s why. It portrays the current age in a far more genuine way than other dramas that do not have a single mask, assuring both fun and theme at the same time. Let’s take a look at the three reasons why viewers do what they do.

When we watch TV shows these days, it’s as if we’re on another planet, the so-called multiverse. Masks and social distancing are important in our everyday lives, yet the world of the play is not at all like that. Happiness, on the other hand, is unique. The setting is post-COVID, and the characters wear masks or act cautiously in response to quarantine. The plot’s core topic, mad person disease, contrasts with COVID, and the characters remain vigilant to avoid repeating that nightmare.

We’re not giving it a high rating merely because it’s about the COVID era. This chaotic experience we have serves as a crucial component in the play. The significance of quarantine restrictions and the crises that emerge when they are not followed is analogous to the world we face. Overall, it’s so close to reality that it’s unsurprising; it’s pretty terrifying.

Desire is the name of an apartment complex.

Happiness is dealing with a world that is not confined to COVID-19. The black shadow of the real estate mania cast by flats is also significant, and it is clear from the very first episode. It’s amusing and bitter to see Yoon Sae Bom fake her marriage to Jung Yi Hyun to ensure her place in the housing subscription scheme. Discrimination based on the mode of entry and people caring about property values despite an unprecedented calamity adds bitterness by making us feel like we’re viewing a self-portrait of our era.

Apartments in the play provide both genre-related amusement and realistic criticism. The primary protagonists are all locked up in an apartment since the dwelling is closely monitored due to an epidemic of mad person sickness. In other words, reducing the frame of the stage to a specified space increases the density of the story. The suspenseful situations, such as the key protagonists rushing through the emergency exits and closing the gates despite the madmen’s threats, heighten the dramatic tension.

Furthermore, the fact that the episodes of the main and secondary characters are organically interwoven within a limited space is excellent. Apartments in Happiness become a symbolic environment that displays the hidden side of modern society and technology that increases the fun.

Strangers Are The Worst

Sae Bom and Yi Hyun, who is now trapped in an apartment, fight to keep the virus from spreading. In the process, they regularly collaborate and clash with lieutenant colonel Han Tae Suk, who attempts to create a vaccine by whatever means possible. At first appearance, Han Tae Suk appears to be a villain, but he also has a compelling backstory, so he isn’t simply portrayed as a nasty guy. Rather, as additional episodes air, he appears to be more of a help to the main characters. After all, Sae Bom and Yi Hyun may need to be more cautious of their neighbors than of the mad person disease.

Also Read, Mai: A Mother’s Rage | Shows the Depth in the Love of a Mother

There are numerous irritating people, ranging from a doctor who may have murdered his wife to an elite lawyer who belittles others and a resident representative who will do anything to raise house prices. Except for Doctor Oh Joo Hyung, they did not conduct any serious crimes. Nonetheless, they outraged others and jeopardized the entire community because of their selfish desire to profit from the commotion. While playing mind games with Sae Bom and Yi Hyun, they must work for peace.

The dissonance of the personalities formed in this process is irritating, but it builds dramatic suspense, making us eager to see what comes next. Some of the characters go beyond the annoyance that others can merely laugh at and conceal a really creepy goal, bringing the plot to a crucial turning point. Another appealing aspect of the show is watching these vile people increase in prominence with each episode.

Overall, Happiness is a drama that focuses on reality while maintaining the genre’s pleasure. The harmony of the performers who have turned into apartment inhabitants pours life into the plot, thanks to the steady performance of Han Hyo Joo, Park Hyung Sik, and Jo Woo Jin. Seeing our own reality within the imaginary epidemic, in particular, is grueling, but it leaves us with a lot of questions. Will they be able to overcome the threat of the virus and rediscover pleasure in their lives, as the title suggests? Perhaps the dream represents all of us living in the COVID-19 era’s hope and pleasure.