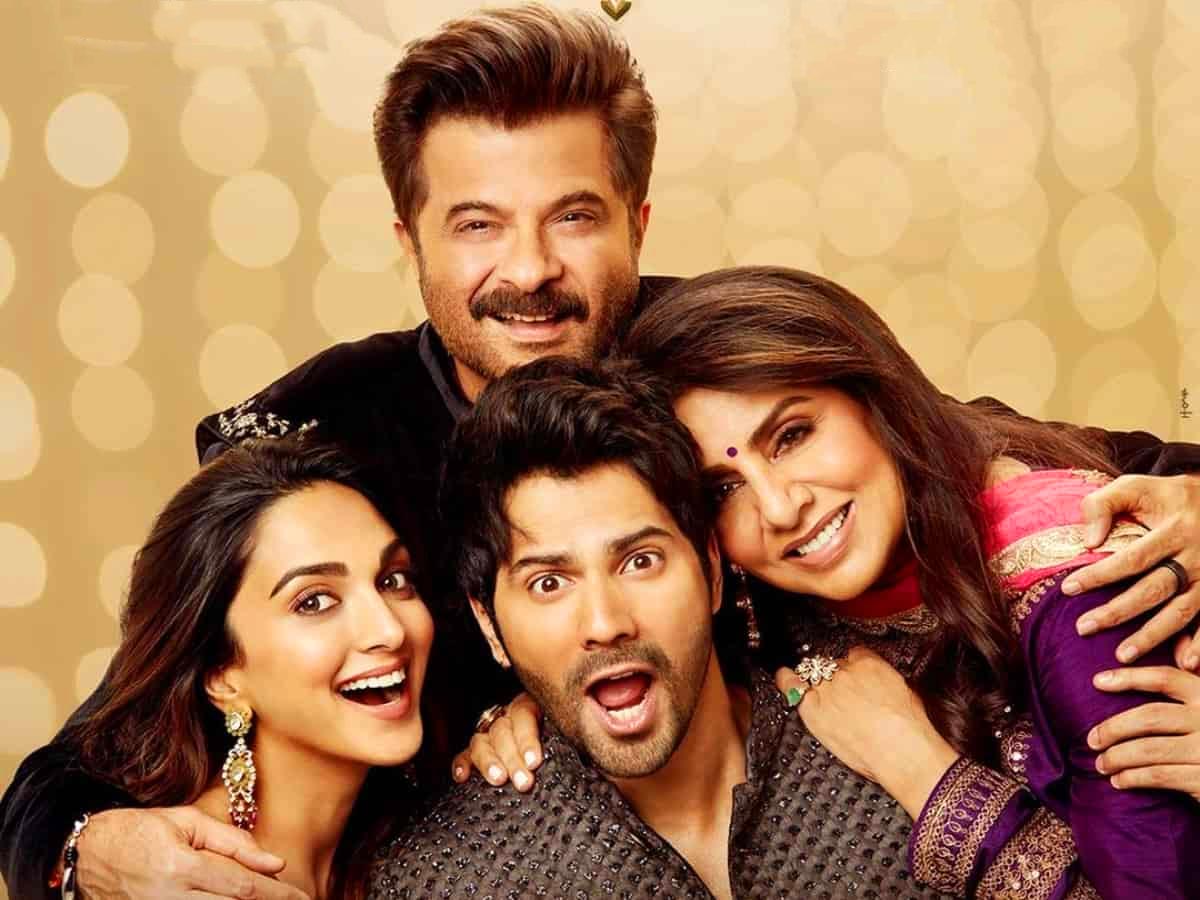 Indian weddings are sacred and more like a festival, therefore divorce usually raises discussions and emotions that are difficult for people to fully comprehend. Raj Mehta makes an effort in his writing to explore in great detail the tale of two divorces that take place in the same family, but with a lighthearted twist.

By demonstrating how problems begin to enter the lives of Kukoo (Varun Dhawan) and Naina (Kiara Advani), who were childhood sweethearts, after their marriage, he develops the plot. After five years of marriage, they decide to get a divorce, but the main argument begins when Kukoo finds out that his father, Bheem (Anil Kapoor), also wants to get a divorce from Geeta (Neetu Kapoor), as he has fallen in love with Meera (Tisca Chopra).

However, Raj Mehta and the screenplay’s creators, Sumit Batheja and Anuraj Singh, made sure that every difficult moment was followed by a lighter one. Jug Jugg Jeeyo’s fundamental conflict and plot are actually dramas. A one-liner that is sure to make everyone smile emerges when the drama is at its height. Even though this topic might have easily been more somber, the writer manages to balance comedy, emotion, and drama.

The film’s main idea is definitely intended for an urban audience, however, it does not include Indian moviegoers. Pre-climax contains an episode that may have been prevented (details withheld to prevent spoilers). The makers have taken a brave step, but the middle-class junta may not be entirely on board. Because of the good editing, the story moves along quickly. The colorful cinematography is exactly the kind of image that will make you want to see it on a wide screen.

Rishhabh Sharma writes fantastic conversations. The lines of dialogue created especially for Maniesh Paul’s role are guaranteed to make everyone in the theatre laugh. The emotional characters can withstand some of the more difficult events, but some of them have the depth to do so.

The music is excellent and fits the storyline perfectly. The inclusion of Naach Punjaban in the second half quickens the pace of the movie and gives us the chance to once again enjoy a wedding song on the big screen.

One of Jug Jugg Jeeyo’s main advantages is that it is an original plot. As a result, there is a sense of newness, which makes us curious about how the conflict will play out in the conclusion. We wish they would film a straight-up romantic comedy soon because the love scenes are heartwarming and the leads have great chemistry.

You will be astounded by how genuine the emotions appear during a highly intense encounter between Naina and Kukoo in the second half.

Regarding the performances, Kukoo is superbly portrayed by Varun Dhawan. By the time of the intermission block, you start to feel sorry for the character because he is the underdog over here. He remains that one Bechara throughout the entire movie because every plan he makes backfires.

Varun is required to display a wide range of emotions throughout the film, including wrath, impatience, and, of course, some ridiculous sequences that generate humor, despite the teaser suggesting another boy next door character for VD. His most complex performance to date is this one. It might be said that Kiara Advani’s performance as Naina is the best of her career. She excels in dramatic and emotional sequences, although she is more at ease in comedic ones.

The situational humor in the movie is brought about by Anil Kapoor’s excellent performance as Bheem. His humorous timing is impeccable, and occasionally, his antiques make you think of the cunning Kishan from No Entry. It’s remarkable how frequently he shifts between being weak and acting emotionally. With this movie, Neetu Kapoor makes a comeback, and her performance demonstrates how skilled an actor she still is. In the second part, keep an eye out for her emotional outburst with Kiara Advani. Maniesh Paul is a hoot and delivers some of the movie’s funniest one-liners. Every time he makes an appearance on the screen, there is wacky humor to come. Prajakta Koli is a fine debut.

Overall, Jug Jugg Jeeyo is a full-on product that will amuse the audience because it seamlessly blends comedy with drama and emotions. Even though there are certain negatives, you still leave the theatre with a grin on your face, and isn’t that what everyone needs these days? It’s a heartfelt entertainer, and the ensemble’s believable performances make it worth seeing.