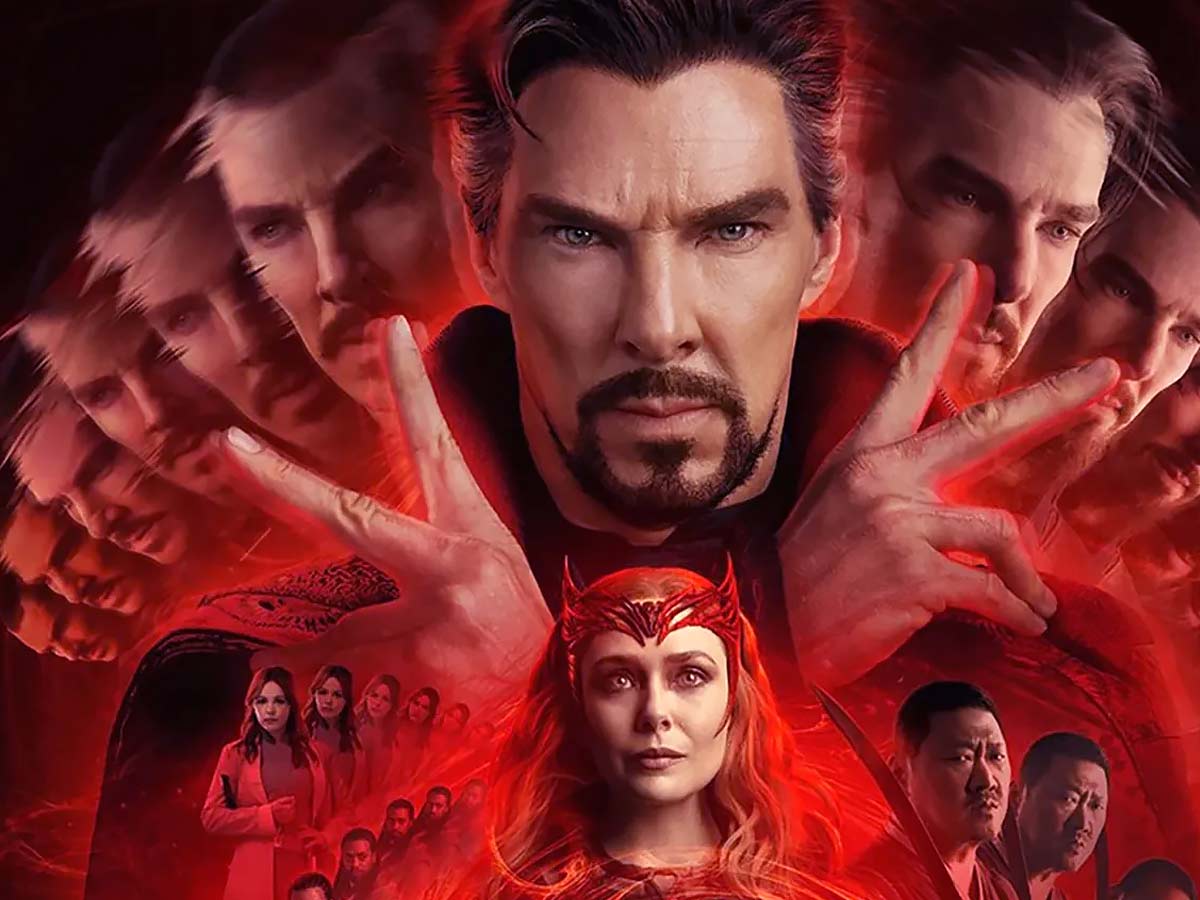 Director Sam Raimi returns to Marvel for the mind-melting Doctor Strange in the Multiverse of Madness, one of the oddest and most ambitious MCU entries.

The action sequences were fun. Combined with the film’s visual flair and scary aspects, it performs admirably, yet the human journeys are absent. Here is your review for Doctor Strange in the Multiverse of Madness….

In Doctor Strange in the Multiverse of Madness, the Marvel Cinematic Universe collides with horror. Doctor Strange 2 is aesthetically stunning, directed by Sam Raimi — whose previous foray into the realm of superheroes was Spider-Man 3 — and written by Michael Waldron. It dares to accomplish what past MCU films have not, boosting its VFX and cinematography in a way that sets it apart from its predecessor. The action parts are entertaining, and when combined with the film’s visual aesthetic and horror components, it performs admirably. However, emotional journeys are lacking.

Suppose Doctor Strange In The Multiverse of Madness does anything. In that case, it is to strike the last nail in the coffin of the notion that filmmakers aren’t permitted to imprint their artistic marks on the Marvel Cinematic Universe. Of course, directors like James Gunn, Taika Waititi, and Chloe Zhao gave their various MCU films their signature aesthetic. Still, something about this latest chapter seems like it’s shouting that these films are becoming the norm, not the exception. From beginning to end — for better or worse — Multiverse of Madness is a Sam Raimi film through and through.

Last December’s critically praised Spider-Man: No Way Home put most of that conjecture to rest. We’re here to inform you that Doctor Strange in the Multiverse of Madness puts it in a bag and buries it in a rooftop garden.

Director Sam Raimi’s whole gamut of oddity and spookiness is on show from start to finish. Fans familiar with Raimi’s oeuvre will be able to identify plenty of instances bearing Raimi’s stamp, whether it’s through the creatures, Raimi-specific appearances, or just the atmosphere.

That signature is usually effective. However, between certain strange moments just for the sake of being strange and others hampered by screenwriter Michael Waldron’s often corny dialogue, even the most ardent Raimi fans may find themselves quirking eyebrows from time to time. Nonetheless, the film works considerably more than it fails.

The music alone is worth the price of admission to Doctor Strange in the Multiverse of Madness.

Dr. Stephen Strange is experiencing strange nightmares. He sees America Chavez and a ponytailed version of himself fleeing away from the terrible monster hunting them. Doctor Strange quickly learns that he is not in a dream but entirely in another reality. It’s not long before the sorcerer and Wong, now Sorcerer Supreme, encounter America on their planet. She is being pursued by monsters working for someone who wants to take her abilities, allowing her to move across multiple dimensions.

She joins Wong and Doctor Strange in their search for the Book of the Vishanti, a magical book holding magic that will help them stop their new opponent before the multiverse is jeopardized.

Doctor Strange in the Multiverse of Madness falls short on an emotional level. Doctor Strange is always being questioned or asking himself whether he is happy. It’s a reasonable concern, but the problem is that Stephen Strange’s stakes — at least outside of being a superhero — are almost nonexistent because the first film failed to solidly establish such things. The MCU hasn’t done a good job following up on his emotional through-line. Doctor Strange 2 would like spectators to assume that the sorcerer genuinely does regret not doing enough to salvage his relationship with Christine, a sorrow he seems to retain throughout the film.

However, it would have been more emotionally powerful if the MCU had done a better job of laying its framework. It’s more of a shrug than anything significant here, missing the depth and feeling needed to ring true. The same may be said about America Chavez’s arc. While the character is given some excellent sequences that showcase her true abilities, America’s tale is cut short, with much of her past reduced to one brief scene. While there is never a dull moment, the sequel proceeds quickly to hurry through its storyline, neglecting practically everyone’s character development.

Doctor Strange in the Multiverse of Madness is more of a showcase for Wanda, a continuation of the plot that began with Wanda. She’s gone a long way since Avengers: Age of Ultron. This film demonstrates the entire scope of her abilities, which have developed since the conclusion of her Disney+ series. Exactly how she utilizes them and why will fascinate audiences, albeit her actions here are better understood by having watched WandaVision first. Unlike the other characters, Wanda’s journey comes full circle, and Elizabeth Olsen has the most to deal with in terms of delivering an emotional

Importantly, Rachel McAdams has more to do with Christine Palmer in this picture than she had in the last one, which is refreshing and greater use of her abilities.

The film elevates the visuals to a new level. Raimi incorporates excellent horror themes, transforming the picture from a silly multiverse adventure to a spooky and downright scary horror journey. In one scenario, America, Doctor Strange, and Christine are waiting when a shadow rushes by, and a bloodied and an enraged man emerges in front of them. It’s a fantastic jump scare moment, and passages like these assist in creating suspense throughout the film.

In that way, it’s unmistakably a Sam Raimi picture. John Mathieson, the cinematographer, does some fantastic work with the multiverse, separating one planet from the others with dazzling blasts of color or dark, steely greys in locations that have seen better days. A moment in which America and Doctor Strange break through the many multiverse realms is fantastic, providing spectators a glimpse of what is out there in a unique Although the multiverse is a fun place to play, it doesn’t seem to be exploited to its full potential. It’s as though Marvel wants to experiment with the universe without taking too many chances or going all in.

Doctor Strange in the Multiverse of Madness is decent overall, albeit not exactly game-changing. Except for Wanda, the film is so preoccupied with its narrative that it neglects to provide any genuine growth to its characters. The pacing is brisk, and while there is never a dull moment, there are instances where the tale might have been slowed up to allow for more character interaction. It’s a big weak moment in an otherwise serviceable film. The sequel provides enough material to advance the MCU’s future while delivering a short tale. What distinguishes Doctor Strange 2 are its visual and horror components, which make one pleased Raimi chose to direct it.

Are there components of Sam Raimi’s Doctor Strange in the Multiverse of Madness that could be better? Definitely. The screenplay is occasionally simply corny, and there are odd moments that are peculiar for the sake of being strange without adding anything to the overarching story or character development. It has a fantastic score and some rockin’ performances, and fans will never be bored!