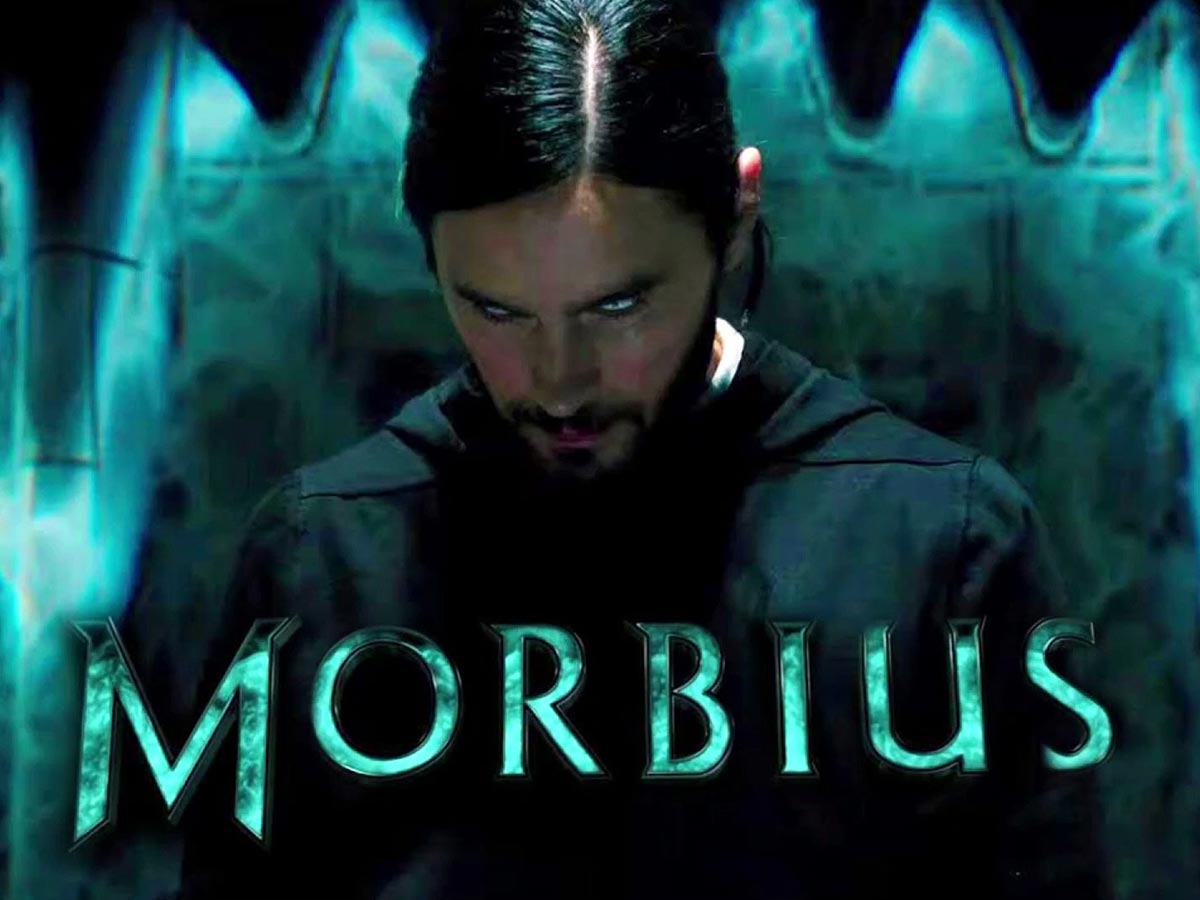 A genesis myth is devoid of fangs and bites. Morbius kind of Failed Us

Morbius, the Jared Leto-led superhero film about a “Living Vampire,” is Sony’s Spider-Man Universe’s first foray outside of the Venom area. Director Daniel Espinosa addresses the origins of Batman with horror embellishments similar to those found in his sci-fi movie Life. Still, they’re never emphasized enough to satisfy horror enthusiasts. Morbius’ origin tale has the most conventional structure.

An excessively serious Leto plays the polar opposite of Tom Hardy’s campy Venom shtick, which many people like. It’s a decision elevates Morbius’ moral quandary as a self-conscious vampire over anything deemed “superhero film fun,” taking everything deathly serious at the expense of everything else.

After his oddly cartoonish performance in House of Gucci, it’s refreshing to see Jared Leto put his desire for transforming characters into a film where it’s encoded into the character’s DNA. In the Marvel comics, he is known as “The Living Vampire,” and he plays the title character in Morbius. Leto alternates between the intelligent Dr. Michael Morbius, who has spent his life seeking a solution for the rare, deadly blood ailment that afflicts him. The blood-sucking monster he transforms into fills his soul with terror.

What begins as a fascinating mad scientist adventure ends in a vast traditional conflict, and the journey drags on.

Morbius, starring Jared Leto as the titular Dr. Michael Morbius, kicks off Sony’s Marvel universe’s 2022 slate of feature films. Due to the epidemic, the picture was delayed several times. It was supposed to be launched in March 2021, then in October of the same year, and now it is finally seeing the light of day, a full year after its planned release date. And I’ll be the first to admit that I could have gladly waited another decade.

It may appear harsh for what appears to be light entertainment—an effort to blend the lineages of current superhero films with the far ancient genealogy of vampire movies. Both Bram Stoker and Stan Lee inspire some components. During the opening episodes set in the Costa Rican rainforest, a then-disabled Dr. Morbius is constantly admonished by natives that he should not walk after sunset. Victorian chillers resurface as a cargo ship washes up on the shores of New York harbor, with (nearly) every human aboard bloodless.

Dr. Michael Morbius is a well-known brilliant doctor specializing in blood illnesses and is credited with inventing life-saving synthetic blood that has reportedly saved more lives than penicillin. His study is motivated by his ailment, a rare blood disorder that impairs his ability to walk and necessitates the use of crutches for movement. He is also motivated by his closest buddy, Milo (Matt Smith), whom he met in a hospital when they were both children and who has the same condition.

Morbius and his work colleague and fellow doctor, Martine (Adria Arjona), experiment with making a breakthrough in his study by successfully taking DNA from a bat and connecting it to another animal. Things do not go as planned.

Also Read, The Batman (2022): It could be the Best Batman Movie Ever

Michael awakens in the lab as a bloodthirsty superhuman vampire, similar to how the Green Goblin was created. His visage changes into a scary beast with big fangs and sharp claw-like nails. He has superhuman speed, the ability to crawl through ceilings, and the ability to fly. The only catch is that he must ingest blood every six hours. When Milo learns of this, he transforms himself into the same beast.

Still, he has an even more sinister side because he consumes real blood rather than synthetic like Michael. The rest of the film has the couple squabbling as Michael struggles to restrain himself from completely embracing his ugly side, toeing the line between hero and villain.

With Marvel churning out material like a cow, it’s hard to believe they can still deliver original and sophisticated stories like Spider-Man: No Way Home or Shang-Chi and the Legend of the Ten Rings. However, the superhero company has finally caught up with itself in its newest collaboration with Sony, Morbius, one of its most boring, unimaginative, and forgettable efforts. From beginning to end, the picture feels hurried. We learn very little about the protagonist with whom we are supposed to relate throughout the film. We don’t know much about Dr. Michael Morbius.

The film attempts to give us a character with whom we can relate as he cares for small children and attempts to heal his closest buddy. Still, it feels like fluff, simply waiting for the action to begin.

The opening 30 minutes of the film speed over Milo and Michael’s relationship, Michael’s life up to this point, and his study of bat DNA! They bypassed the gap between his boyhood and the current day and depended on another character to describe those events. We all know that knowing what makes the hero (or villain) tick — their flaws, hopes, goals, anxieties, or any other minor aspects that make up this larger-than-life figure — is essential to rooting for them.

But we’re supposed to believe Michael because… he’s a genius?

Jared Leto’s performance as a Marvel antihero has much to be desired.

Morbius’ major flaw is sloppy and uninteresting writing. No character is given any weight or depth. There’s little comedy, and it fails poorly when it attempts to crack a joke. It’s reasonable to draw parallels with Venom because it’s a villain genesis narrative. On the other hand, Morbius loses charm and dedication to its main character, hoping that long action sequences and stunning pictures of Leto and Smith’s animated faces will distract us from how bad the writing is.

Morbius emphasizes action over depth, emphasizing action sequences, battles, and dazzling CGI rather than character arcs, dynamics, and backstories. In terms of the supporting cast, Jared Harris, who plays Milo and Michael’s doctor and mentor Nicholas, gets almost no screen time, squandering what could have been a critical father figure who could have effectively injected some emotion into the film, as seen in Uncle Ben or even DC’s Alfred Pennyworth. Instead, he’s a pointless bystander, never imparting any knowledge or enforcing even a moral code in Michael.

Arjona is subjected to the same process. Although the MCU has frequently welcomed a twist on the classic damsel-in-distress character, giving love interests more personality and independence from the romance, Martine, unfortunately, fades into the background, only appearing to ask Michael what his plans are and to assist in the lab but ultimately failing to add any actual weight to the story.

The friends-turned-enemies narrative may be a fascinating and engaging impetus for action, as shown in Sam Raimi’s Spider-Man 3. Peter Parker and Harry Osborn’s quarrel work because the trilogy took the time to build the pair’s relationship.

We witnessed Harry and Peter develop from best friends in high school to romantic rivals to adversaries, making the last fight all the more painful. On the other hand, Morbius does not attempt to foster a genuine relationship between Michael and Milo. They have a few scenes together before they are sworn foes.

Even at the end of the film, there is little sorrow between the two about how their friendship ended, which begs the question: were they ever truly friends? On the subject of foes, Smith’s Milo is more akin to that weirdo in the corner of your local pub than an MCU villain. Villains function best when they are either fearsome or appealing; Milo fails to achieve either end of the spectrum.

If there is one thing I can say about this picture, Leto appears to be at ease in the part. Instead of allowing the sloppy writing to wash over him, he makes the best of it. Morbius may indicate that Leto performs better in less quirky parts, given his previous failed performances as the Joker and Paolo Gucci. It’s the first time we’ve seen the actor stripped down to his underwear without prosthetics and wigs. Of course, he plays a horrible vampire. Still, like Michael, Leto recognizes that he is the driving force of the picture and exploits it to his advantage.

Someone put a stake in Morbius before he rises for a sequel!

Such bad decisions reflect the producers’ shocking lack of vision, as they set out to build a vampire/superhero hybrid and settle for two CG blobs bashing one other at the conclusion. Even if he is an antihero, the principal undead person should be the centerpiece of every vampire novel. However, unwilling or unable to depart from the same pattern as Venom and so many other superhero movies flops, this film’s vampire idea is wasted for a Hot Topic variant on a movie we’ve previously seen done better and, maybe, worse.

We know that this isn’t the last time we’ll see Dr. Michael Morbius in true Marvel fashion. If the post-credits scene is believed, he’ll appear in subsequent superhero films and maybe have his sequels. Although Morbius is entirely forgettable, I have optimism that if the character is given the proper care and attention, a fascinating antihero may emerge from the narrative ashes of his single adventure. But, for the time being, Morbius is the Sony Marvel universe’s first huge letdown in a long time.

Morbius is unremarkable in ways that squander the promise of what might be a fascinating blend of terrifying horror and heroic thrills. For a decent scare, one scene resembles David F. Sandberg’s Lights Out. Still, generally, horror accents are restricted to tacky Dracula jokes, which is the strategy used by the whole film. Everything feels extraneous and disinterested in the intelligent narrative since the goal is to make it to the end credits, where the meat is.

Morbius intends to construct Sony’s Spider-Man Universe and anticipated sequels — which may very well be better given that the groundwork is in place — that it forgets to engage its audience passionately from the start.