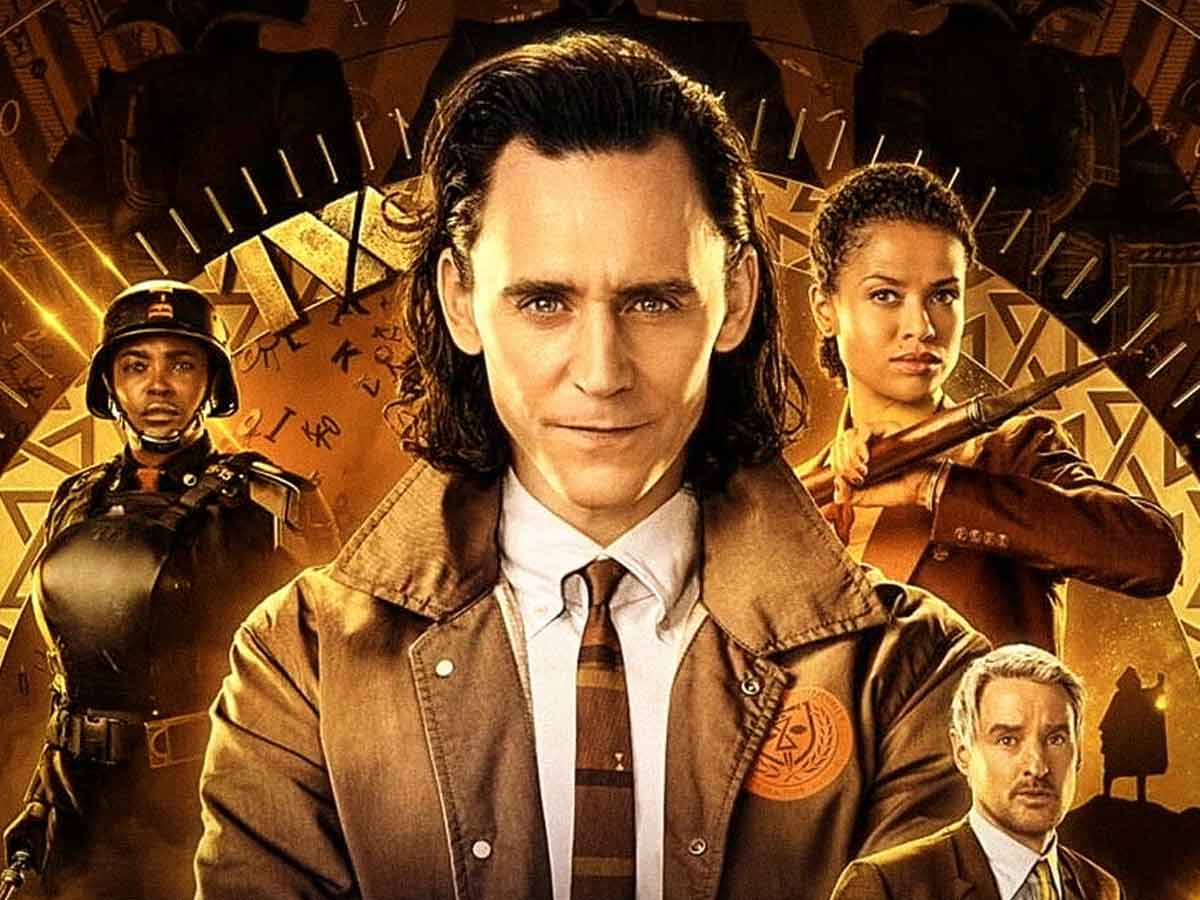 SPOILER ALERT: Do not read if you have not yet seen Season 1, Episode 2 of “Loki tv series” which is currently available on Disney+ Hotstar.

One of the many pleasures of the God of Mischief having his own solo series is that we get to appreciate Tom Hiddleston’s acting talents as well as witness his dance joyously and maniacally shortly before the entire ancient city of Pompeii is swept away by lava. The Time Variance Authority (TVA) and its futuristic office center were introduced in Episode 1 of Disney Plus and Marvel Studios’ “Loki tv series.” Fans got to explore this new Marvel Cinematic Universe area via Loki’s eyes.

The TVA and our Loki

The most recent Variant assault began at a Renaissance festival in 1985 Wisconsin. A group of Minutemen went into the fairgrounds and followed the Variant into a dimly lit tent using their Nexus energy tracker. When the group’s leader, Hunter C-20, realizes they’ve fallen into a trap, he is touched by a glowing green finger. He begins attacking the rest of the squad. Later in Loki tv series, we find that the Variant is actually inhabiting the individual and will continue to do so until, well, they’ve had enough and depart a now unconscious body. Then, the Variant seizes the commander, opens a time portal, and walks right out of 1985. 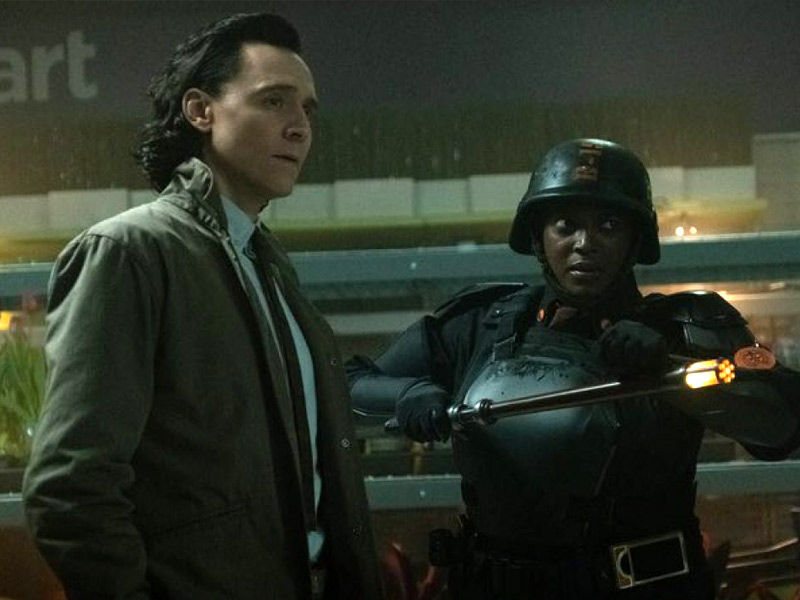 But what does all of this have to do with Loki? Knowing our Loki is essential for understanding the Variant, or, as Loki likes to call himself, the “lesser Loki.” This is an early concept proposed by Mobius that proves to be effective. Loki, Hunter B-15, Mobius, and a crew of Minutemen are formed to return to the 1985 event in search of any significant evidence. Once there, Loki tells an extensive story about being aware of your surroundings and falling into traps by following leads blindly. Mobius calls Loki’s bluff, and the party flees as a nexus charge is discharged, returning the region to its original condition on the Sacred Timeline.

Like most things that come out of Loki’s lips, there’s probably some truth to what he’s saying!

Loki is still suffering from his revelation from the last episode of Loki TV series, as we see in the next sequence of scenes of Loki researching old case files of the Variant. The Time Keepers who govern over the TVA are the most powerful beings in a world/space/existence where the Infinity Stones are simple paperweights. Loki wants to meet them, and even better, to topple them to fulfill his own ambitions. Loki is not a fan of the “three magic lizards” and their full power over the TVA, as seen by his conversation with Mobius later in the episode. Loki, it turns out, is a huge believer in free will.

Mobius is also a huge lover of jet skis.

We still believe this theory might come in handy, Loki Just Revealed Marvel’s Wildest Future, and It Could Change the MCU

The Secret of the Variant

We do need to bring up some timey-wimey restrictions that the program made a point of emphasizing. Nexus charges are bomb-like devices that prune a changed region and eliminate everything that has changed the timeline. That dial on the Minutemen’s arms with the orange history and the red outward flowing branches? If a nexus event crosses the red line, it can no longer be reset.

In Thor: Ragnarok, Loki discovers a file about the ultimate destruction of Asgard after failing to get confidential information on the TVA’s construction. It’s a painful experience for Loki, but hey! This is where he learns about the Variant’s secret!

An area or world that has been decimated or entirely wiped out by an apocalypse is the ideal hiding place for a variation to protect its nexus energy. It makes no difference what you modify or interact with since they will all be gone within an hour. Your presence has no effect.

Mobius and Loki travel to Pompeii, Italy, in 79 AD to put the hypothesis to the test. To cut a long tale short, no nexus energy is discovered after Loki releases a few goats and scatters some food around. With that established, the two begin digging through apocalypse case files from 2047 to 2051. This matches the production date of the blue Kablooie candy discovered in a prior variation assault.

And then, wham! There is one calamity that meets the bill.

The regular team dresses up and goes to Haven Hills, Alabama, where a category eight storm is poised to devastate the town and everyone trapped in its path in 2050, despite the judge’s reluctance. The town is protected by the huge Roxxcart retail mall and warehouse, where the variation is most likely hiding. Not outdoors, where a water tower has just collided with an electronic billboard. 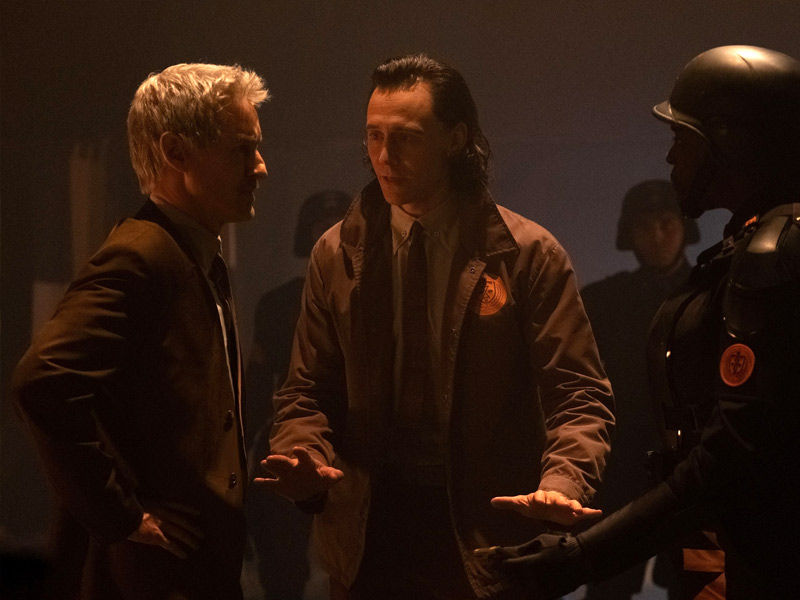 While the Variant observes the surveillance cameras above, the time-traveling crew enters Roxxcart and divides into teams. The Variant sets a timer for 20 minutes on some type of TVA equipment. Mobius leads the remainder of the crew while Hunter B-15 travels with Loki. Mobius ultimately discovers the episode’s abducted commander in a catatonic state, repeating the words “it was real.” Something isn’t right.

Hunter B-15 and Loki come across a shopper who sends his green energy to Hunter B-15. It appears that the Variant Loki can communicate with other humans! Loki sort of meets Loki. As the Variant Loki continues to swap bodies with random customers, there is a lot of exposure back and forth between the two. Finally, Loki proposes a pact with the Variant to take action against the Time Keepers. Still, the Variant rejects it since they feel they are superior to Loki. They have different plans.

Loki regains consciousness after some struggle and passing of time, as the Variant tinkers with another TVA device nearby. With one minute remaining on the clock, the Variant removes their mystery hood and unveils herself as Lady Loki. Lady Loki’s timing and plan are activated at the same time. Reset charges are activated throughout the store right before each one is shoved through a separate time door.

“Someone just blasted the Sacred Timeline,” shouts a worker as the TVA monitors the incident. They did, indeed. Mobius rushes at Loki and narrowly misses him. He makes a last-second choice to accompany Lady Loki via a time door. 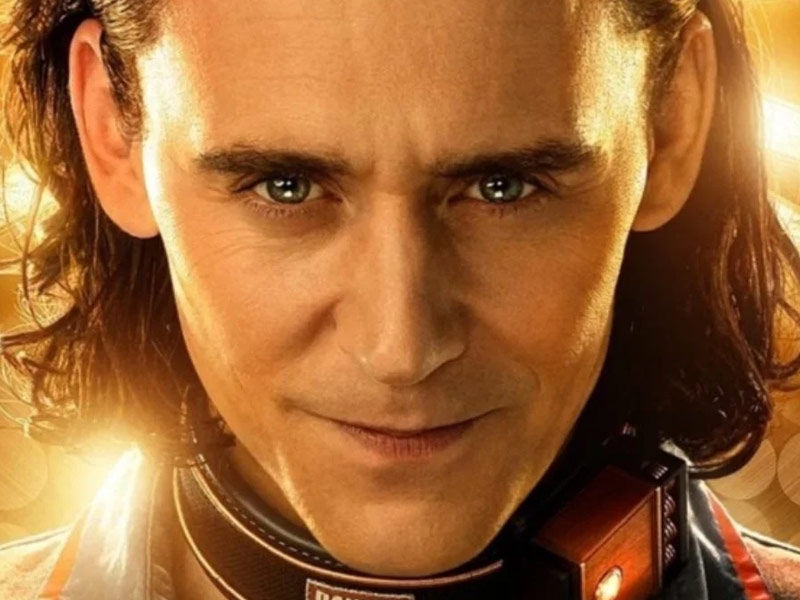 We’re rapidly progressing with Loki’s tale, and the Disney+ Hotstar exclusive program will continue to release each of its six episodes weekly. So every Wednesday, you may watch Loki and read our comprehensive report.