Home Arts & Entertainment Film Masters of the Universe: Revelation | A step back to Old Era 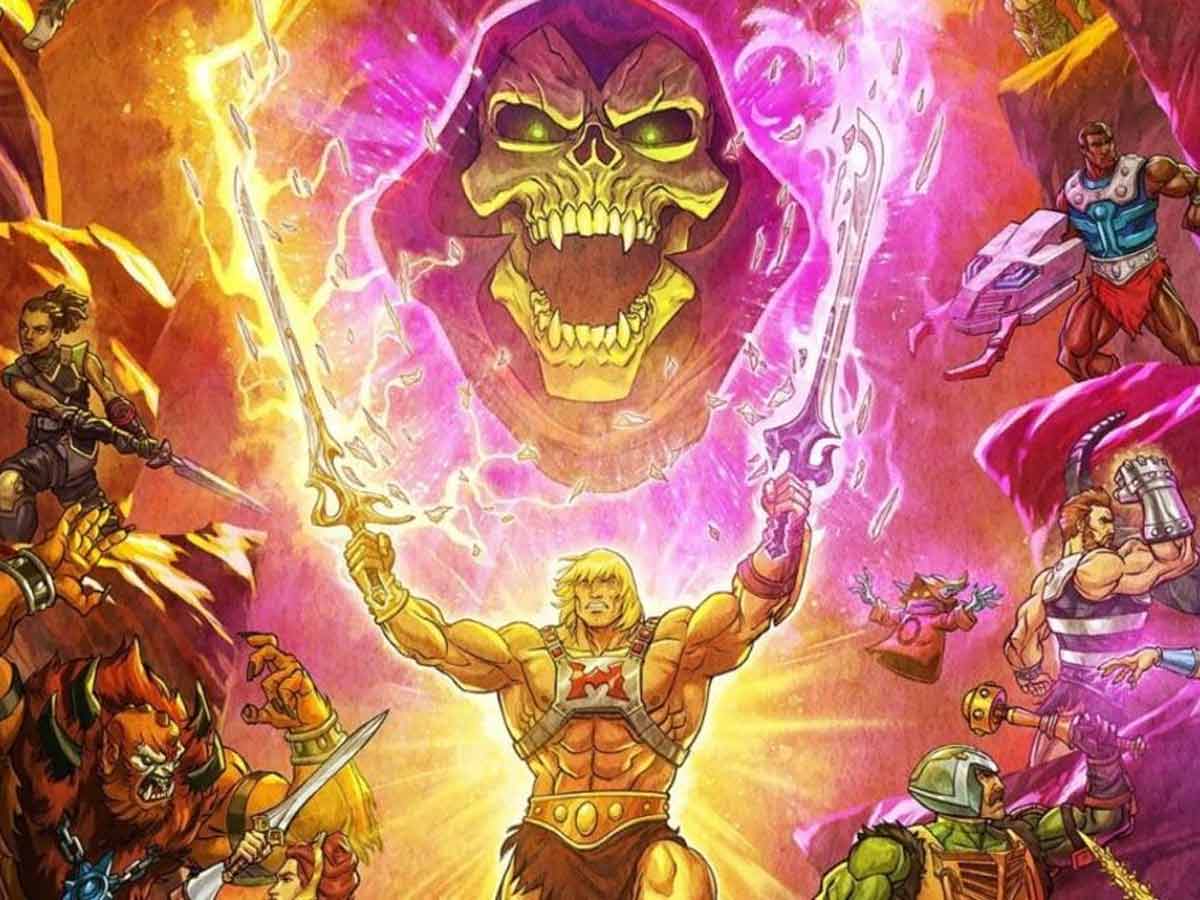 What’s the deal with Kevin Smith’s Masters of the Universe: Revelation being far more divisive and contentious than anyone expected?

Kevin Smith’s Masters of the Universe: Revelation has sparked a surprising amount of debate. Kevin Smith is a self-avowed fanatic. When approached to produce a Masters of the Universe reboot, he refused to reimagine He-Man. Smith stated, “Our manifest was to be fanservice.” “I’m hardly the man you’d call to recreate anything.” But what if you want to maintain it lovingly, loyal to the series, and just mature the characters up a little bit, so their dialogues are a little more adult-oriented? 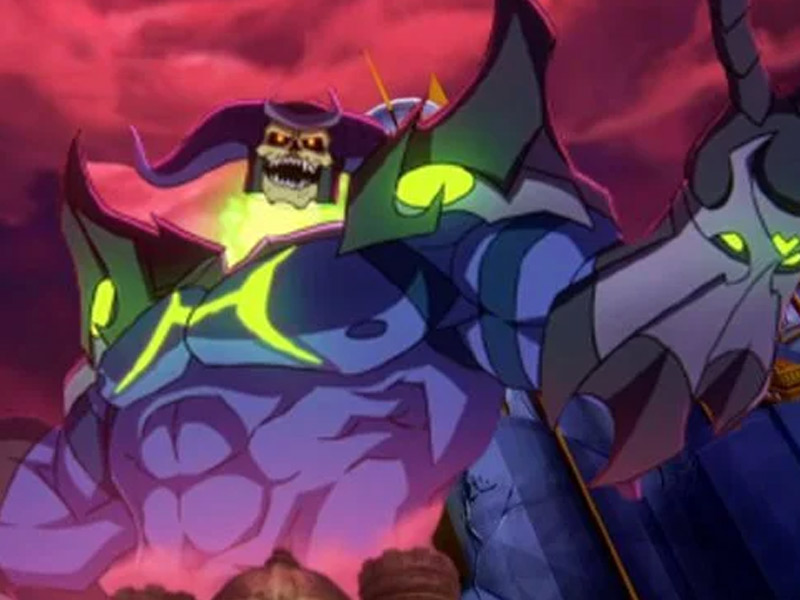 Regardless of how “fanservicey” Smith intended to be, the truth remains that his Masters of the Universe: Revelation has been highly controversial. On Rotten Tomatoes, the program has been review-bombed; at the time of writing, its audience score is still at 33 percent, compared to a more respectable 95 percent critic score. Something about the He-Man reboot doesn’t appear to be connecting with every part of its fans, resulting in anger.

The irony is that Smith previously stated that he didn’t want to remake He-Man because he believed the property was too well-loved. Doing so would elicit the same reaction he’s getting now.

So, why is Masters of the Universe: Revelation so divisive, and is any of it justified?

The marketing for Masters of the Universe was deceptive. The issues began with the promotion, which focused on the concept that He-Man was returning to the small screen after decades away. The trailers implied that this was just a continuation of the first series, with the most powerful man in the universe taking center stage. However, astute fans would have observed that He-Man wasn’t really included in the revival show’s title, implying that he wouldn’t be as important as they assumed.

According to Smith, the title “Masters of the Universe: Revelation” relates to Teela’s character arc. In the most devastating way conceivable, she discovers that Prince Adam is truly He-Man, witnessing him commit himself in an ill-fated attempt to preserve Eternia.

All of this means that the first five episodes of Smith’s He-Man reboot are notably devoid of action scenes starring He-Man himself – something that fans were not expecting based on the promotion. One reason for the uproar is that there has been a significant mismatch between the promotion and the actual product, resulting in people coming in anticipating something completely different from what they received.

The Masters of the Universe assassinated childhood heroes. 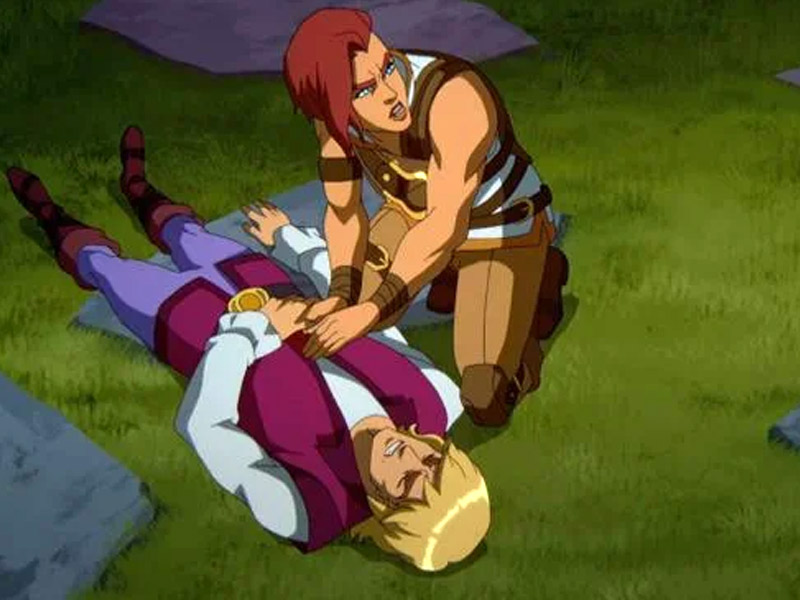 Thematically, He-death Man’s is at the heart of Smith’s desire to create a program that is a bit more grownup. It allows him to have his characters cope with the messy sadness at which he excels. But, according to the fans, he’s murdered off one of their childhood heroes to focus on the supporting characters – the childhood hero whose ongoing exploits they were so eager to see, no less. It doesn’t help that the baton is handed over to Teela in the most startling way conceivable, with He-Man sacrificing his life.

To make matters worse, the first season of Masters of the Universe: Revelation concludes with Prince Adam returning – only to be slain again. Worse, because he opted to leave Eternia’s version of Heaven, he no longer had a place to look forward to in the hereafter.

Masters Of The Universe: Revelation Doesn’t Capture The Original’s Spirit 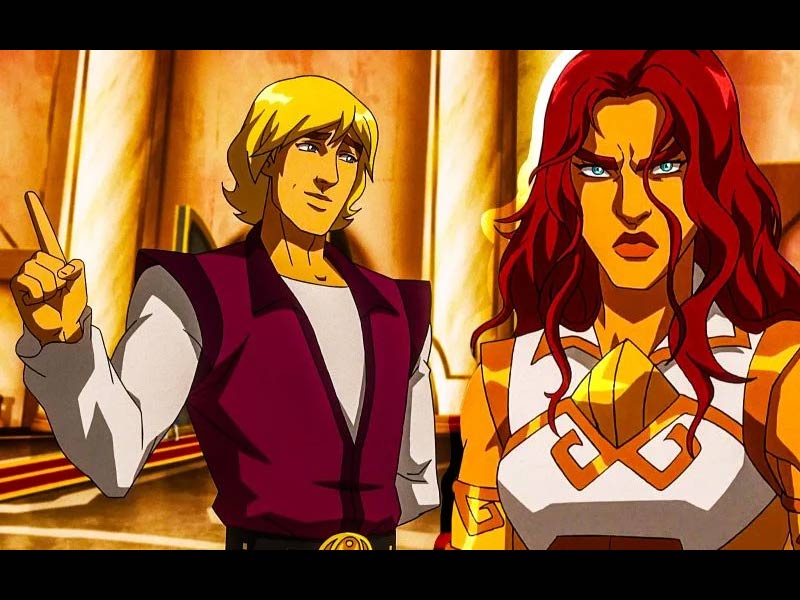 Finally, the fact that Masters of the Universe: Revelation doesn’t feel like a continuation of the original series doesn’t help. All of the characters are present, but Smith’s attempt to create a more adult He-Man series implies that he has somehow missed the franchise’s core.

The original He-Man & the Masters of the Universe may not have been the finest animated series ever made. Still, it was notable for its naive optimism. Masters of the Universe: Revelation, on the other hand, is almost endlessly depressing. He-Man’s death drives the primary narrative. The subject is a study of messy sorrow. The ending sees Skeletor ascend to become Skelegod while Adam is gravely injured.

It’s conceivable that part of the issue with Masters of the Universe: Revelation was that it was released at the wrong moment because the actual world has been pretty gloomy over the past 18 months. Old-school fans may be excused for expecting He-Man to provide an escape from this, only to be disappointed when they turned in to see something considerably grimmer than they’d imagined.

However, the first half’s climax, which was meant to heighten the stakes, may have just convinced them that this wasn’t the He-Man tale they wanted to watch right now. Of course, the tale is just halfway finished, with Season 2 scheduled to feature He-Man vs. Skeletor rematch bouts.

It remains to be seen whether or not viewers will return for the following season.

The terrible irony of Masters of the Universe: Revelation is that Kevin Smith is a fanboy first and foremost, and yet he has managed to produce a revival that has proven far more contentious than he could have predicted. Masters of the Universe: Revelation is a love letter to the original series, complete with Easter eggs and returning characters, but it just hasn’t found the right tone with fans.

In He-Man, Masters of the Universe has a dark message about death. 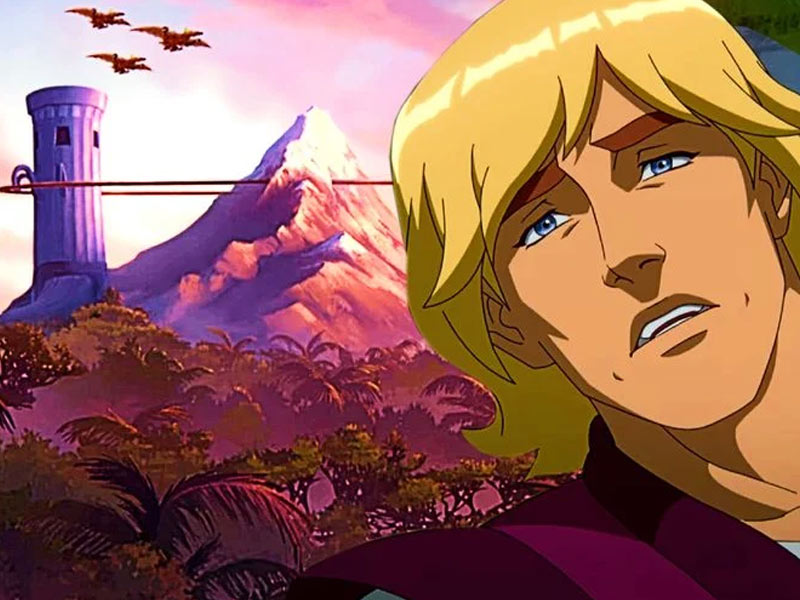 The fifth episode of Masters of the Reality: Revelation presents a fairly dismal view of what death means for people in He-Man’s universe

The season one conclusion of Masters of the Universe: Revelation delivered a somber message about what death meant in He-universe. Man’s Preternia was incorporated into the He-Man canon in episode 5 of the Netflix series. Preternia, a dimension that exists outside of Eternia and acts as this universe’s equivalent of the afterlife, was introduced in the new animation.

The name has quite different implications in prior He-Man tales. Before Masters of the Universe: Revelation, it was assumed that the term “Preternia” referred to an ancient time in the history of Eternia. The name’s meaning has been altered by Revelation, which defines it as the afterlife. The series began its investigation of the notion of Preternia with the startling reappearance of Prince Adam. He was supposed to be lost forever. Death, to Teela’s and everyone else’s amazement, did not necessarily conclude He-Man’s journey.

Following his ultimate sacrifice in the series premiere, Prince Adam found himself in Preternia with other previous Eternia champions. He was allowed to live out his “reward” for his heroic actions.

People like He-Man not being gone forever may seem like a great idea on the surface. Still, it has very grim consequences for everyone else. According to Revelation, Preternia is a lovely paradise destined for past Eternia champions such as He-Ro, Vikor, Wun-Dar, King Grayskull, and, of course, He-Man himself. Kuduk, the Sorceress’s predecessor, appears to be the sole exception to this rule.

These individuals were among the privileged few who were permitted to continue on after death. That is, in He-Man’s reality, there is no afterlife for any of the regular people who live in Eternia. They don’t get to go to a heavenly paradise after they die, no matter how nice they were throughout their life. 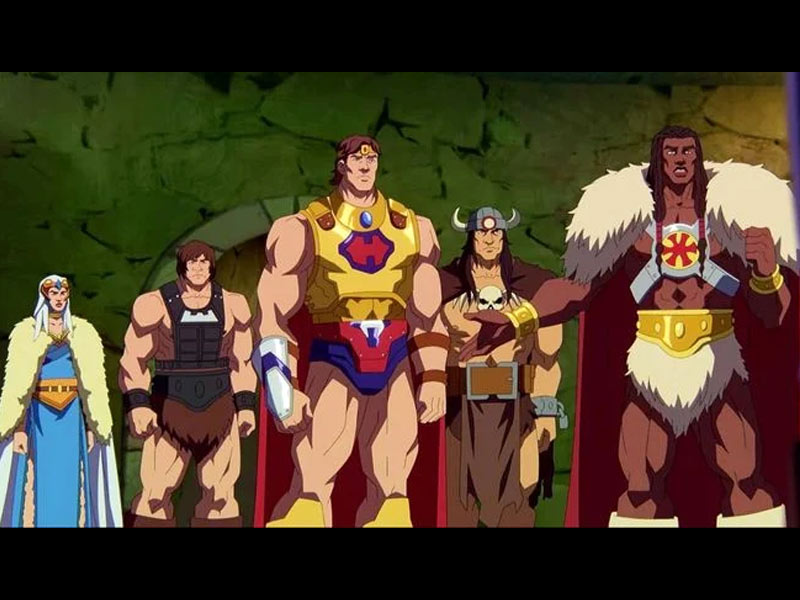 This concept of death is comparable to Norse mythology’s Valhalla, which is generally portrayed as the last destination for fallen warriors who have died in the service of their homeland. The distinction here is that joining Preternia is far more stringent since only the selected champions are allowed admission.

This explanation for Preternia contributes to the sad mood of the season 1 finale of Masters of the Universe: Revelation. This has yet to be proven, but the inference is that Prince Adam, who recently handed up his place in the hereafter, will die forever. Most people in Eternia would not have gotten that reward in the first place, but He-Man had it and gave it up. Depending on what happens next, the franchise’s primary protagonist might end up having one of the most heartbreaking moments the program has to offer.