Home Arts & Entertainment Film The Best Bond Cars: The 4th one could do something you wouldn’t... 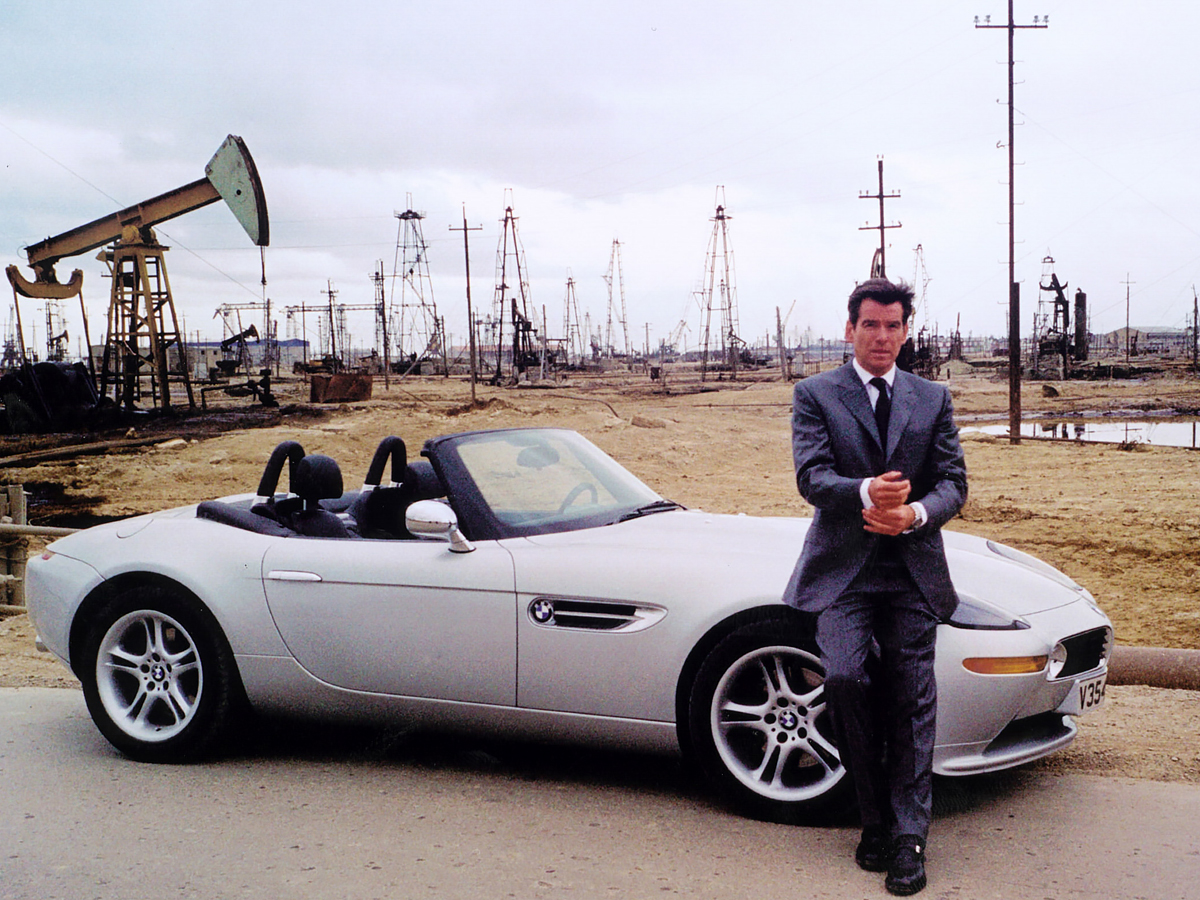 We list the best 007 cars and take you along for the ride, from the famous the Aston Martin DB5, aka The ‘James Bond car’ to Lotus Espirit S1. As you’re probably aware, since the earliest instalments, classic automobiles and the Bond franchise have gone hand in hand. The relationship between these two worlds is so firmly defined that even a James Bond car made of Lego is available. Spoiler alert: our list did not make the James Bond Lego car.

In the meantime, you might be wondering: which cars in No Time to Die?” will appear? The forthcoming Bond film will feature a slew of unique 007 Bond cars, including no fewer than four Aston Martins, according to early reports (one of which is a Valhalla supercar). There’s also the 2020 Land Rover Defender that a few months ago was spotted on set. Suffice it to say, in the automotive department, the new 007 flicks will not slouch… as if you did not already know that.

Cars are as basic to the series as watches and women at the end of the day. The iconic superspy still rolls in quality and style, whether we’re talking about James Bond BMWs or the James Bond car in “Spectre.” Throw in all those personalized features, and you have yourself one hell of an ongoing legacy, courtesy of the Q team. Without any further delay, the best James Bond movie cars are here.

James Bond will roar back to our screens once again, probably with a new set of wheels. Follow us as we look at the best Bond vehicles of the past. I hardly dare say that, but the DB5 isn’t quite as good as you’d imagine its legend would be. The DB5 first made a film debut with Sean Connery, a perfect blend of gentlemanly flash that fit the British Secret Service to at, in 1964’s Goldfinger, perhaps the most successful Bond car of all.

It’s also apparently the fastest DB5 in nature since it manages to match a modern Ferrari F355 Spider on a twisty ridge road driven by the ever-amusingly called Xenia Onatopp when Pierce Brosnan’s Bond drives it in the 1995 GoldenEye.

It is almost always covered with arms and devices, including concealed guns, revolving plates, and ejectors’ seats. To think of it, Aston Martin was initially reluctant to loan the film a prototype for production. Wiser minds prevailed, and an entirely conventional partnership was born.

Before filming Goldfinger, the DB5 was only released three months ago. Still, it was rushed into service to replace the DB MkIII that Bond drove in the books-who knew it would become one of the most famous vehicles in film history?

Appeared in: Die Another Day 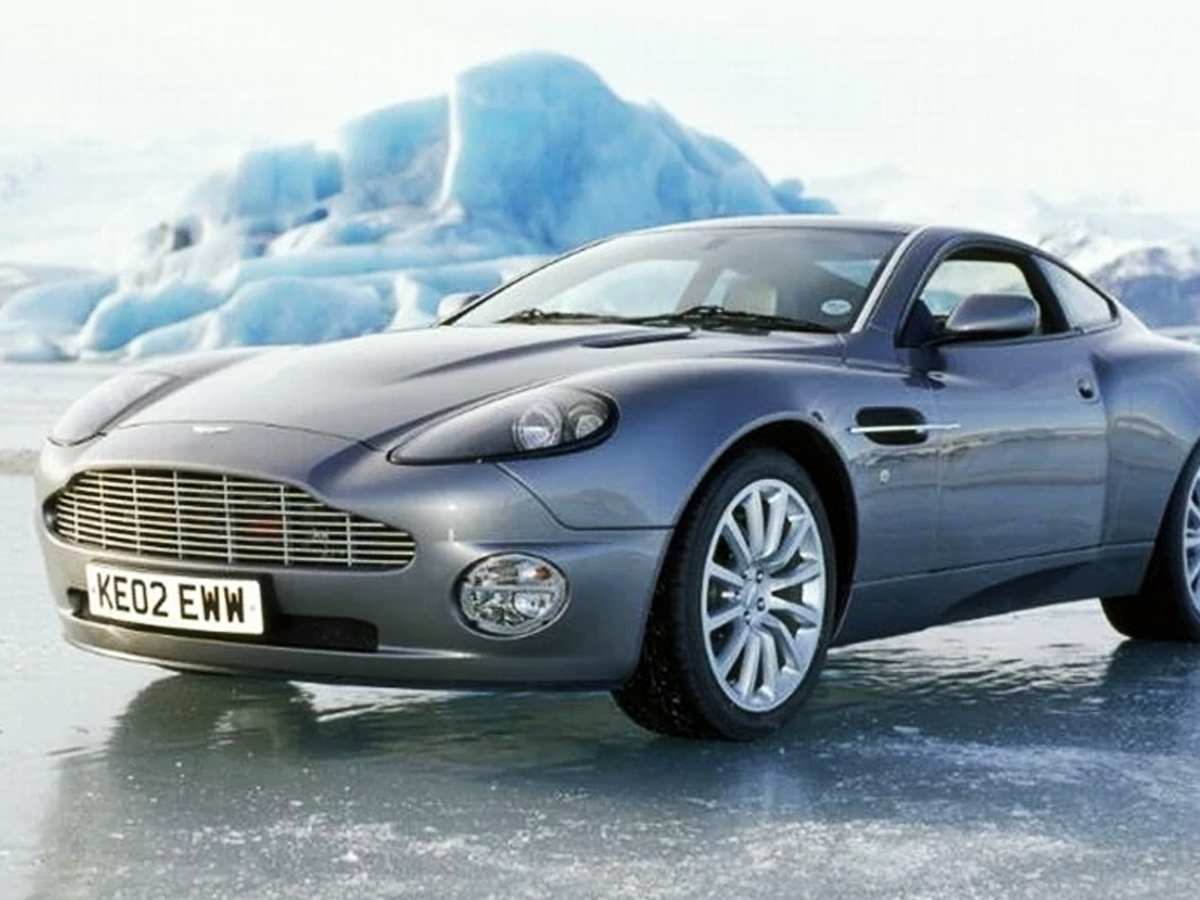 This time, another real shame was not the car but the downright incredible and irretrievably lame film in which it was.

Frankly, we could’ve filled out this page using the crimes of Die Another Day. It’s all utter rubbish, Madonna’s ear-gnashing title song, the ice palace, the face-shifting villains. But the most unbelievable offender, beyond the giant space laser and Brosnan kite-surfing a tsunami, is the adaptive camouflage Aston Vanquish, which seemingly disappears. Stick to seat ejectors, Q. “The British call the Vanquish, We call it the Vanish.”

The Vanquish was, in fact, a perfect Bond car, stripped of its preposterous invisible cloaking. Not only was it beautiful like some of his later Astons, but it was also muscular and intimidating to the touch.

It was a real driver’s car, fast, loud, and beautifully balanced. Even the fact that it is really flawed- the automatic gearshift is so bad that Aston will retrofit a manual gearbox- seems to suit our superhero’s character. 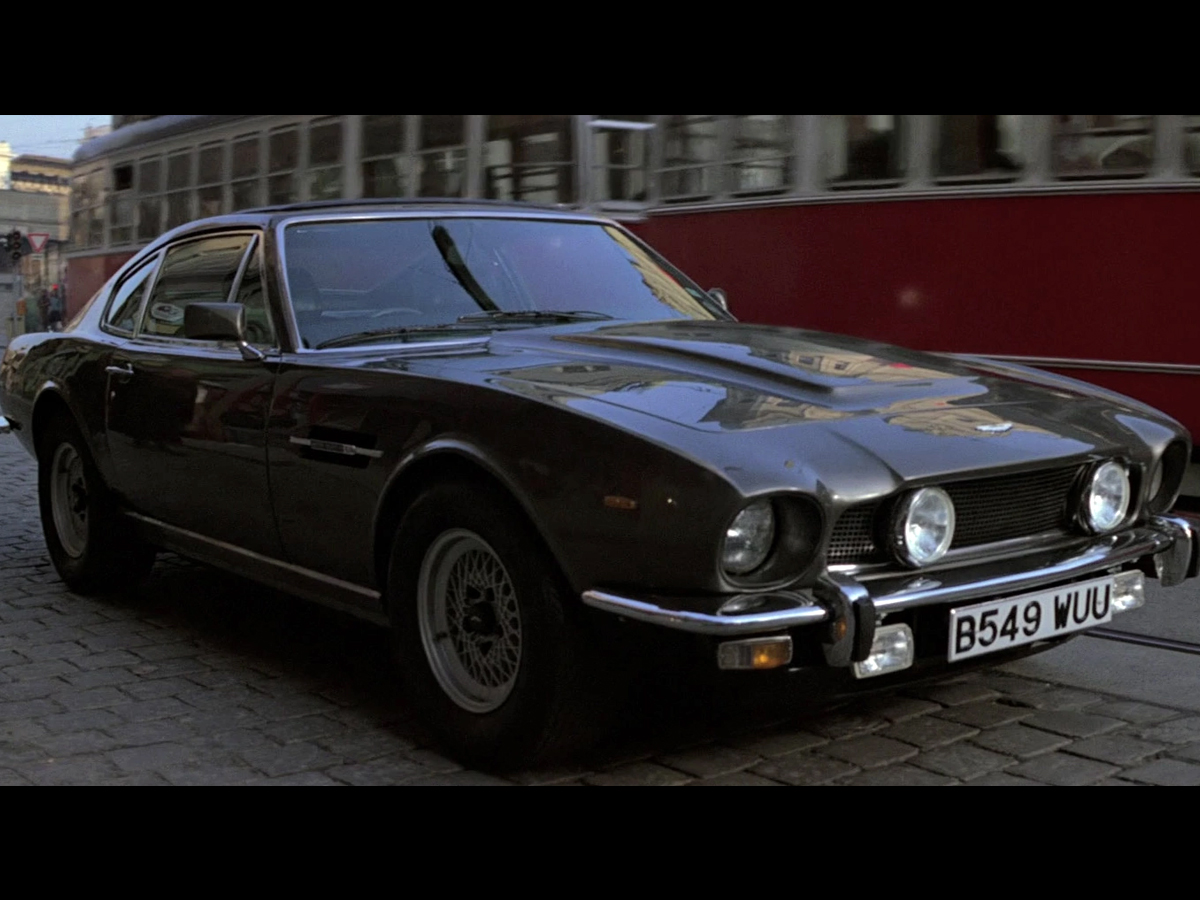 When Timothy Dalton stepped into Agent 007’s shoes, Aston Martin (eagerly) returned to the fold after a relatively long hiatus. A tricked-out V8 Vantage Volante was the resulting car, which was the last to draw on the original DBS design. It came loaded with selected weapons to the gills, including an afterburner rocket, hidden missiles, and hubcap lasers.

Thanks primarily to its remarkable (for the time) 170 mph top end, the V8 Vantage-the original, that is-was hailed in 1977 as ‘Britain’s first supercar.’ Indeed, in just 5.3secs, it managed 60mph, outplaying the Ferrari Daytona by a tenth, and so swaddled insufficient leather and facade to sink a battleship. The engine was a 5.3-litre V8 fitted with high-performance cams, and although early cars used carbs, fuel injection was carried out by those used for The Living Daylights.

Serious Bond trivia stems from the fact that during a visit, the Prince of Wales actually operated the ghetto blaster rocket launcher that Q fires in his lab in the film off-camera, and in 1987 he bought a Vantage Volante, assumedly living out Bond fantasies.

Appeared in: The Spy Who Loved Me Is it a bit more like that? Certainly? Sleek, sexy, and handled like a fantasy, the early Esprit was.

The Lotus Espirit S1 plunges underwater and turns into a submarine after engaging in a dangerous car chase on land, only to engage in another perilous pursuit. We don’t know what to do if that doesn’t make it one of the better 007 vehicles. With a beautiful Bond girl on his side, Roger Moore was behind the wheel.

Can you remember Bond dropping a fish from the window as he pulled his car up to the beach? To begin with, how did it get in? My guess is through the panel holes, it came in. 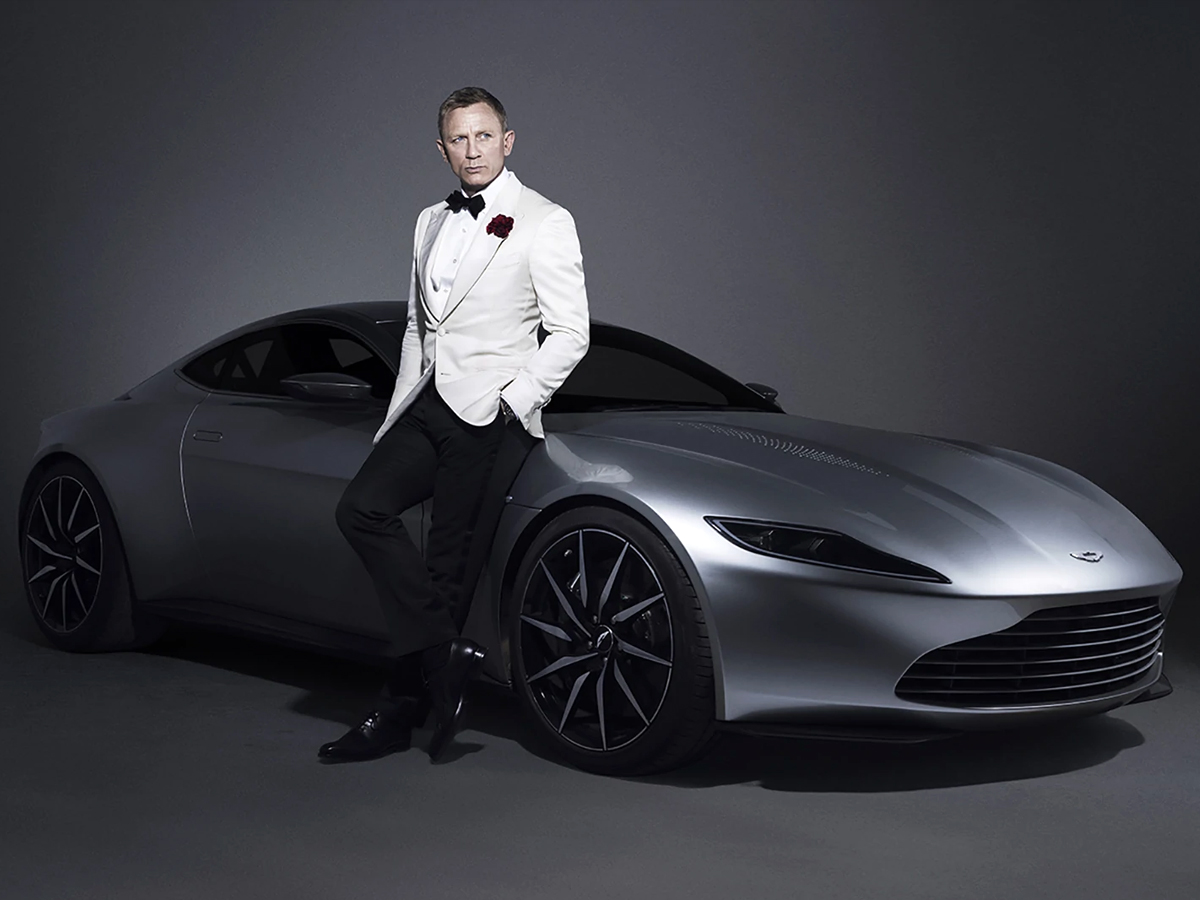 Not only because it was his first company car to be genuinely customized rather than a heavily accessorized off-the-peg model, but because it wasn’t even intended for him, Bond’s most significant automotive coup to date.

He pinched it out of 009 for those who haven’t seen the movie. So trust the Jimster to go and then dump it in the Tiber River while ejecting himself through his roof to (relative safety in a pretty cool reinterpretation of an old trick.

The car was actually a reclad V8 Vantage-well, 10 reclad V8 Vantages once you had taken into account hero vehicles, stunt cars, and promo cars-styled in-house at Aston Martin by Marek Reichman’s team and was still the best transport for Bond.

Appeared In: You Only Live Twice 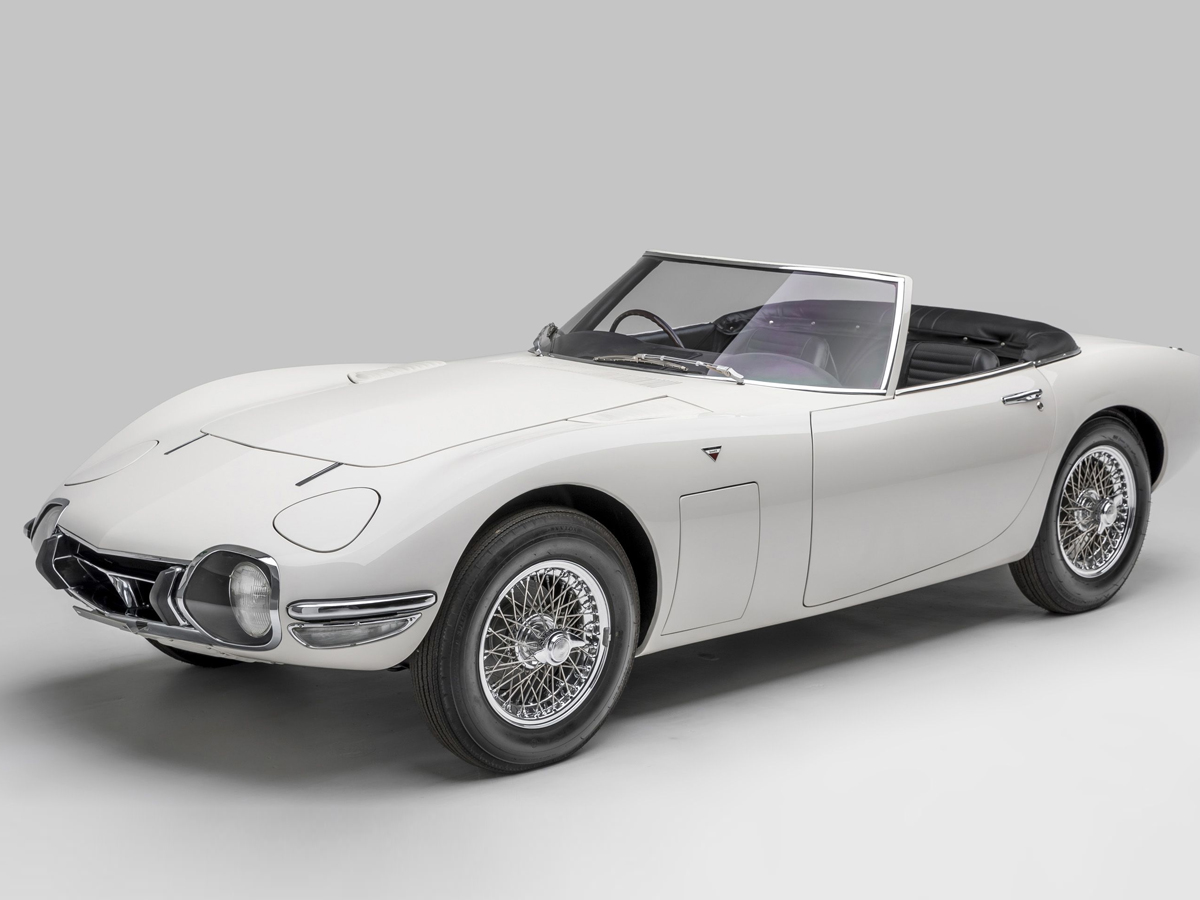 A brilliant choice for Bond, almost. As Japan’s first genuinely credible sports car, it is not only beautiful but exciting to look at and a significant Bond car too.

Thanks to a Yamaha twin-cam head and triple carburettors, the 2.0-litre engine six-cylinder engine gave good power for the era and treated, rode, and steered beautifully for the generation.

Japanese intelligence agent Aki is behind the steering wheel, showing some impressive skills when driving along Tokyo’s streets.

Appeared in: Diamonds are Forever Diamonds are forever, and Ford Mustangs are likewise. Bond drives an improved Mach 1 through downtown Las Vegas with Tiffany Case riding a shotgun, the police hot on their tail.

The DB5 is not actually as good as you would believe in its legend. Indeed, I would suggest that it would now be considered merely one of Aston’s better efforts if it were not for its starring role in Goldfinger. That landmark looks, a classic interior, and a pleasantly distinctive engine are what it has in its favour.

Even Detroit’s most massive V8s were throttled by one of the last proper American muscle cars before emissions laws. The Mach 1 produced 375bhp and, more significantly, a monstrous 450lb-ft of torque with a 7.0-litre Super Cobra Jet large block motor breathing through a four-barrel Holley carb. 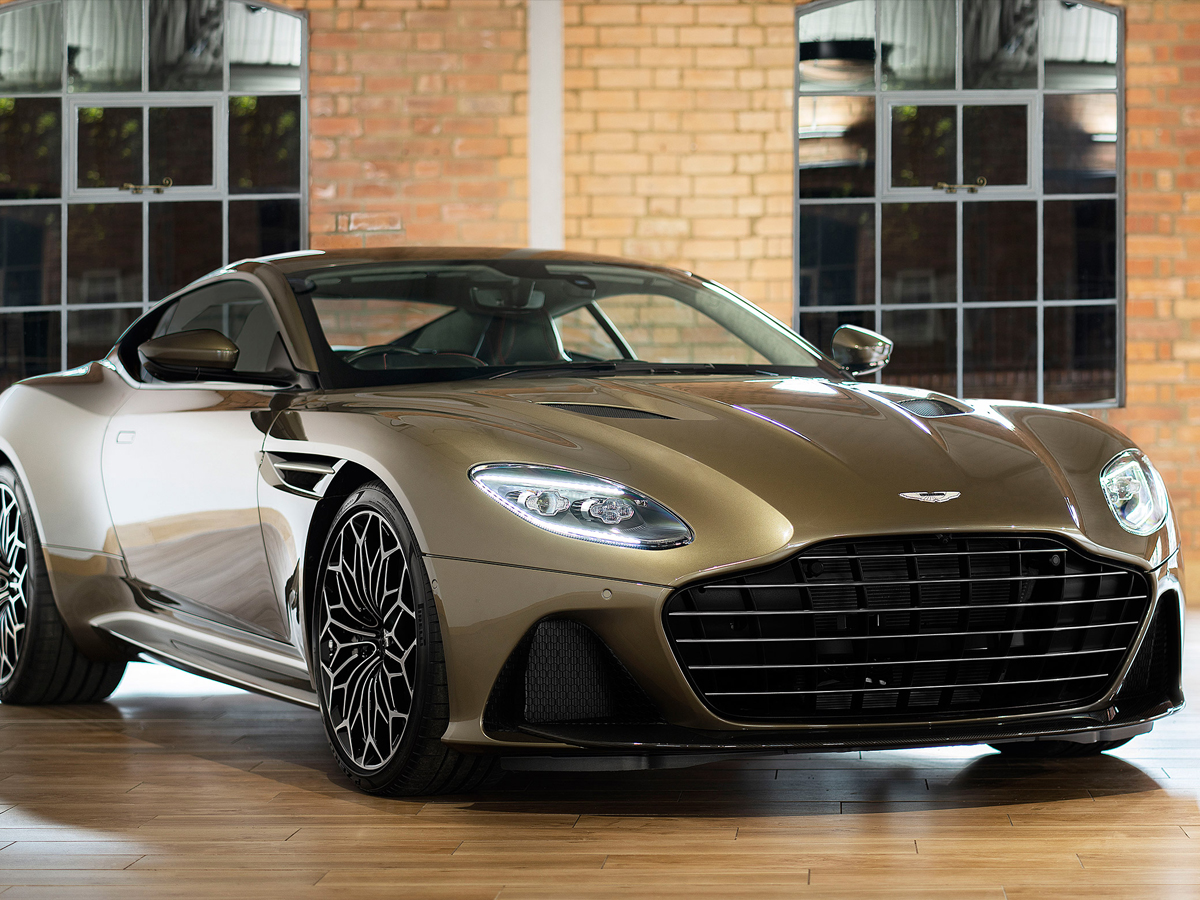 The Aston Martin DBS V12, which strikes a perfect balance between discretion and luxury, was Bond’s fastest time and indeed one of the best 007 Bond cars. In “Casino Royale,” to avoid Vesper Lynd, he famously flips it seven times after swerving. The model returns to “Quantum of Solace,” where it participates in a high-speed chase through Lake Garda in Italy. 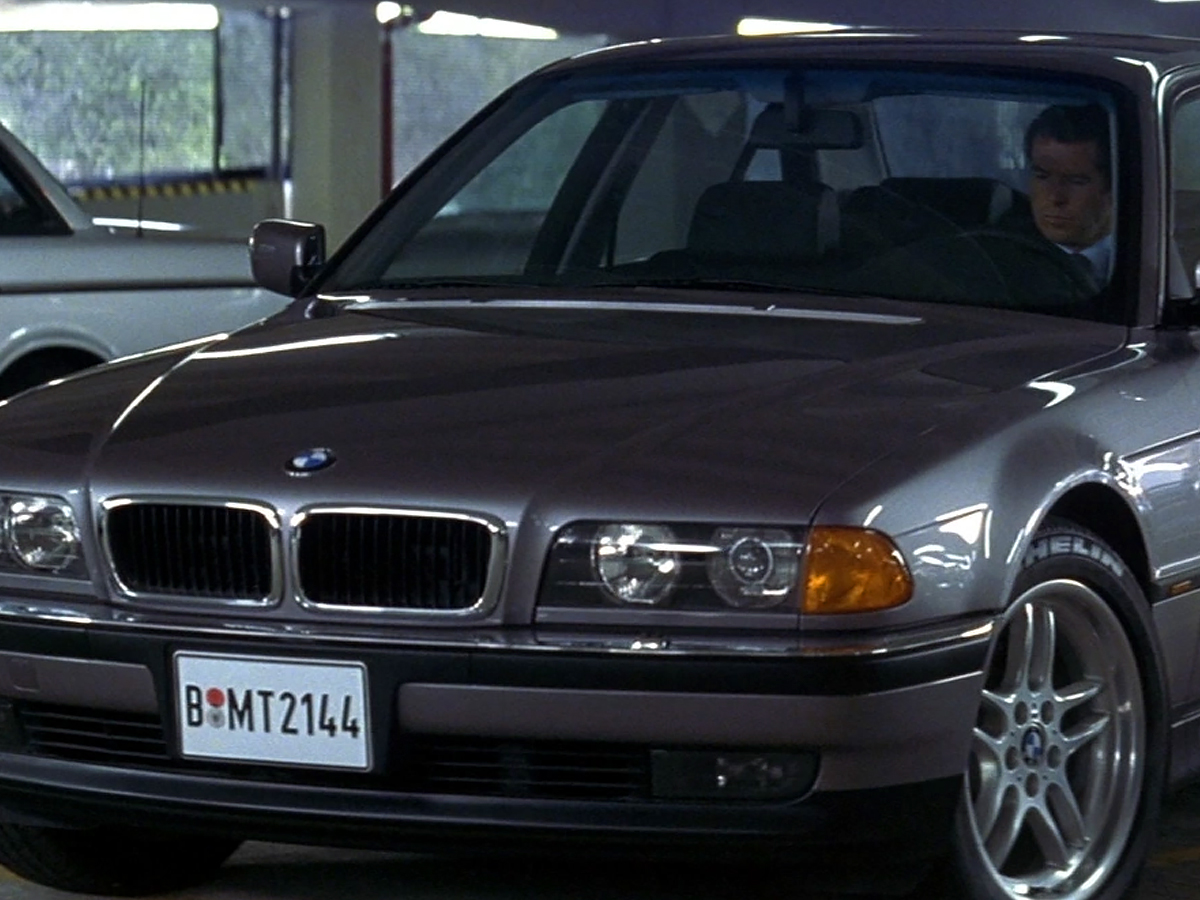 For Agent 007, who was all too pleased to oblige, a larger car meant more gadgets and more weapons. This Bond car was a BMW 750iL and could be recovered by Bond via a mobile device, which now appears to be as probable as it was implausible back then. This was one of five BMWs from James Bond featured in the series of films.

Appeared in: Her Majesty’s Secret Service 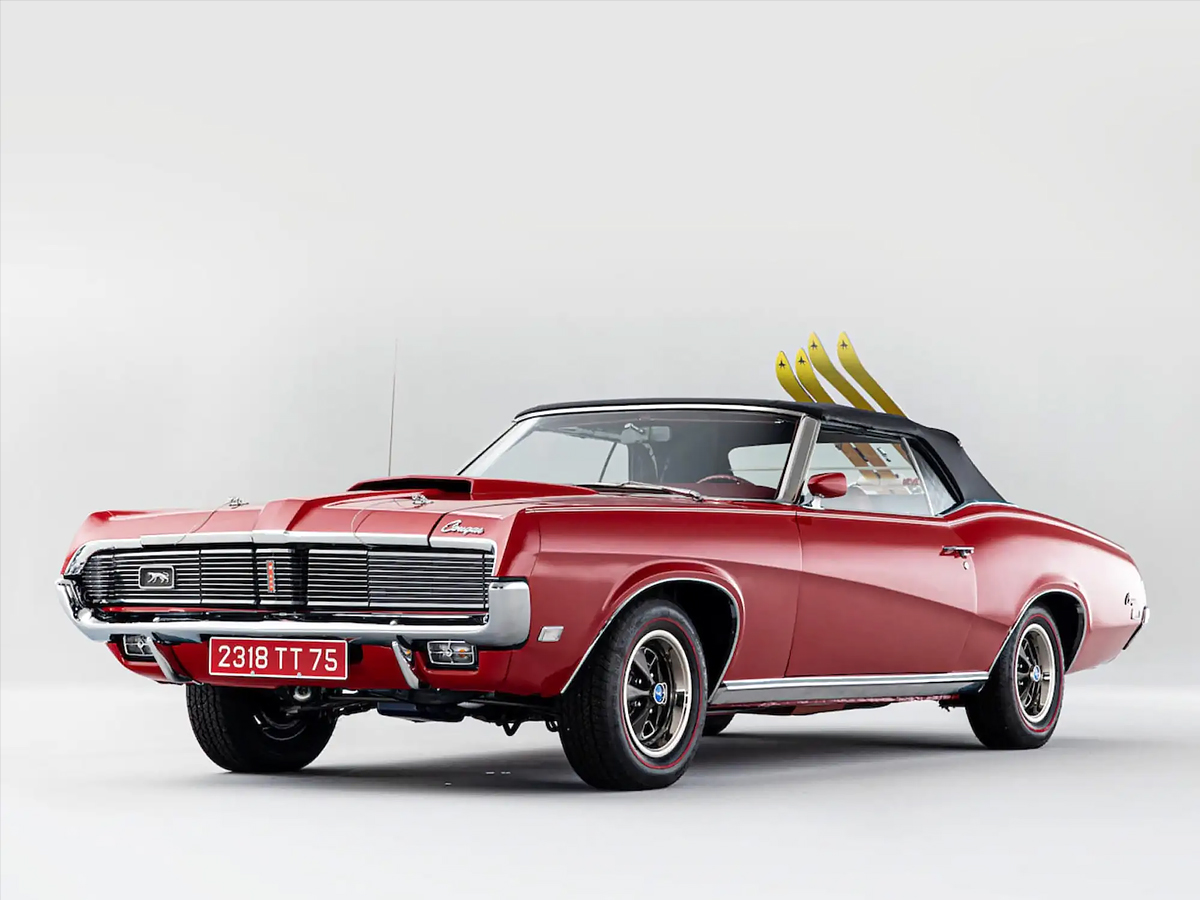 George Lazenby’s Bond jumps into a DBS in the pre-title series and chases down his future love, Tracy di Vincenzo. She’s driving a classic red convertible Mercury Cougar, which may very well outshine the classic Aston Martin from Bond. It makes for a refreshing and mostly gimmick-free option, at the very least.

The World is Not Enough

As they sat down for this instalment, which included a tricked-out Z8, fans of James Bond BMWs got their money’s worth. It was fatally cut in two by a helicopter blade, the last Bond car customized by the original Q squad.

Let’s wait and see what wheels “No Time to Die” has packed for the Bond Fans.