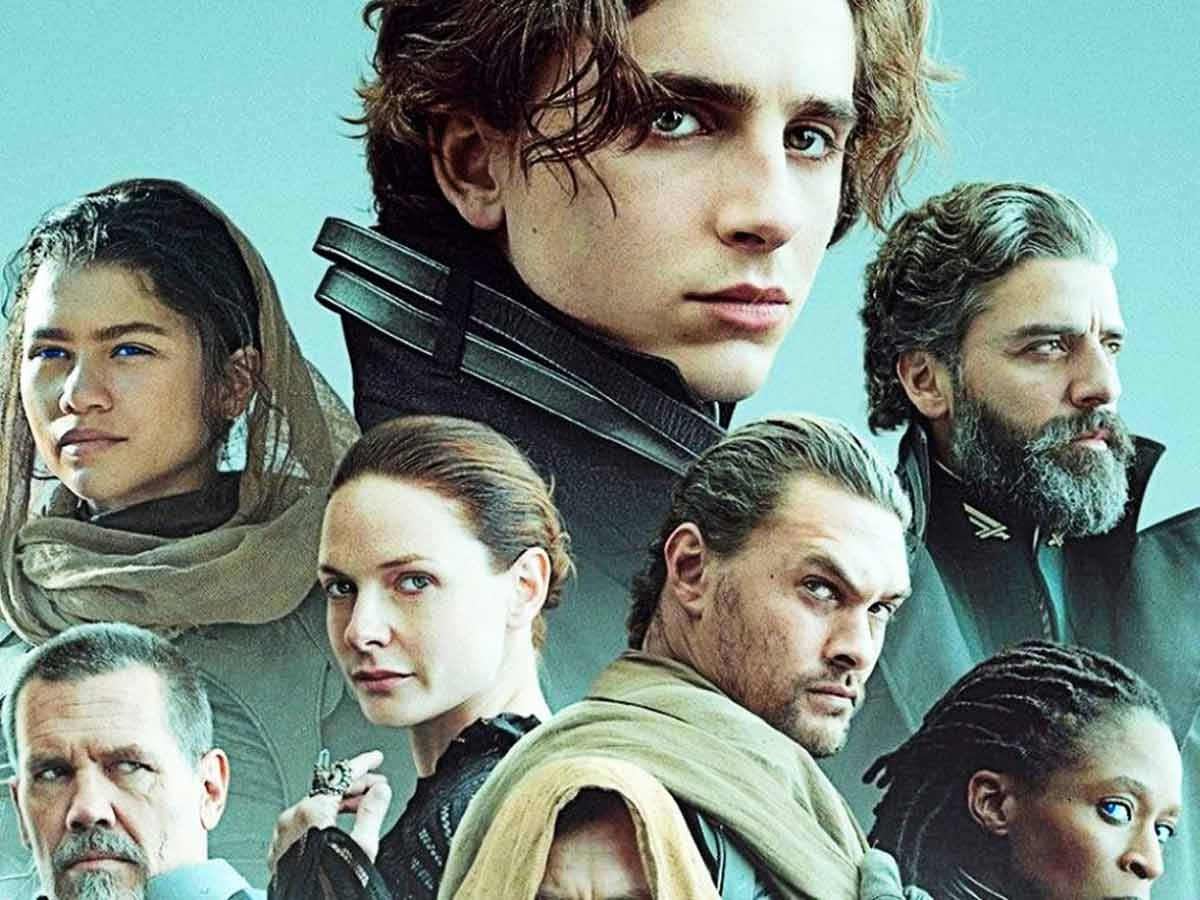 Denis Villeneuve directed Dune, a 2021 American epic science fiction movie with a screenplay by Villeneuve, Jon Spaihts and Eric Roth. It’s the first installment in a proposed two-part adaptation of Frank Herbert’s 1965 novel of the same name “Dune”, focusing on the first half of the book. It follows Paul Atreides and his noble House Atreides as they are thrown into a struggle over the deadly desert planet Arrakis, between the local Fremen people and foreign invaders, as well as past rulers of Arrakis, the House Harkonnen, in the far future.

Legendary Entertainment purchased the film and television rights to Herbert’s science fiction book Dune in 2017 after an unsuccessful attempt by Paramount Pictures to develop a fresh adaptation of Herbert’s novel. Villeneuve expressed interest in the project and formally signed on as director in January 2017, and development began shortly after. He collaborated on Dune’s script with Roth and Spaihts, splitting it into two parts and integrating an updated 21st century rendition of the 1965 novel “Dune”. From March to July 2019, filming took place in Budapest, Jordan, Norway, and Abu Dhabi, among other places.

On September 3, 2021, Dune opened at the 78th Venice International Film Festival. On September 15, 2021, Warner Bros. Pictures released the picture in 2D, 3D, and IMAX theatres throughout the world, with a delayed release in the United States on October 22 and on HBO Max on October 21. Dune garnered positive reviews for its graphics, scale, and ambition. It made $223.2 million worldwide on a $165 million production budget.

Emperor Shaddam Corrino IV assigns Duke Leto I of House Atreides, ruler of Caladan, to replace House Harkonnen as fief overlords of Arrakis in 10,191 AG. Arrakis is a harsh desert planet that is home to the only supply of melange, or “spice,” a precious mineral that boosts human longevity and is essential for interplanetary travel. In actuality, Shaddam plans to have House Harkonnen conduct a coup using the Emperor’s Sardaukar warriors to seize the planet, erasing House Atreides’ influence, which threatens Shaddam’s rule. Leto is anxious about the assignment, but views it as an opportunity to form an alliance with Arrakis’ native people, the Fremen, and thereby unite the Houses.

Lady Jessica, Leto’s consort, is a member of the Bene Gesserit, an elite sisterhood with exceptional physical and mental talents. Jessica was ordered by the Bene Gesserit to have a girl in order to become the fabled super being Kwisatz Haderach, but she had a son, Paul, out of love for Leto. Leto’s assistants train Paul throughout his life, while Jessica instructs Paul in Bene Gesserit disciplines. Paul tells Jessica and Duncan that he’s having difficulties sleeping because of images of the future. The Reverend Mother Gaius Helen Mohiam arrives to Caladan as a result of these visions and submits Paul to the gom jabbar, a lethal test to gauge a subject’s impulse control, which he passes.

House Atreides lands at Arrakeen, the erstwhile bastion of House Harkonnen on Arrakis, where Idaho and an advance team have been studying the area and the Fremen. Leto meets planetologist and imperial judge Dr. Liet-Kynes and negotiates with Fremen leader Stilgar. Leto, Paul, and Halleck are warned of the perils of spice gathering by Liet-Kynes, including huge sandworms that move beneath the desert. They notice a sandworm approaching an active harvester while flying. Before the sandworm consumes it, Leto saves the team. Paul inhales the spice-scented air and has vivid images.

Leto puts his men on high alert after a botched Harkonnen assassination attempt on Paul’s life. The Harkonnen army and disguised Sardaukar infantry overpower the Atreides forces when Suk Doctor Wellington Yueh removes Arrakeen’s defensive shields. Yueh knocks Leto out and tells him he struck a deal with the Baron to deliver him in return for his wife, who has been kidnapped. Yueh uses a poison gas capsule to replace one of Leto’s teeth. After delivering the Duke, Yueh is slain. The deadly gas is released by Leto, killing members of the Baron’s court as well as himself, but the Baron lives. Idaho manages to elude capture and steal an ornithopter, but Paul and Jessica are apprehended.

Herbert’s characters, which are more archetypes than people, are well-represented by Villeneuve’s large cast. In his early portrayal of Paul Atreides, Timothée Chalamet depends heavily on callowness, which he shakes off compellingly when his character recognises his strength and knows how to Follow His Destiny. As Paul’s father, the Duke, Oscar Isaac is noble; as Jessica, Paul’s mother, Rebecca Ferguson is both enigmatic and angry. Chani, Zendaya is an apt, if not better than appropriate, actress. In a departure from Herbert’s novel, the environmentalist Kynes is gender-swapped and performed by Sharon Duncan-Brewster with scary ferocity.

Dune is littered with film references, the most of them are to films in the High Cinematic Spectacle style.