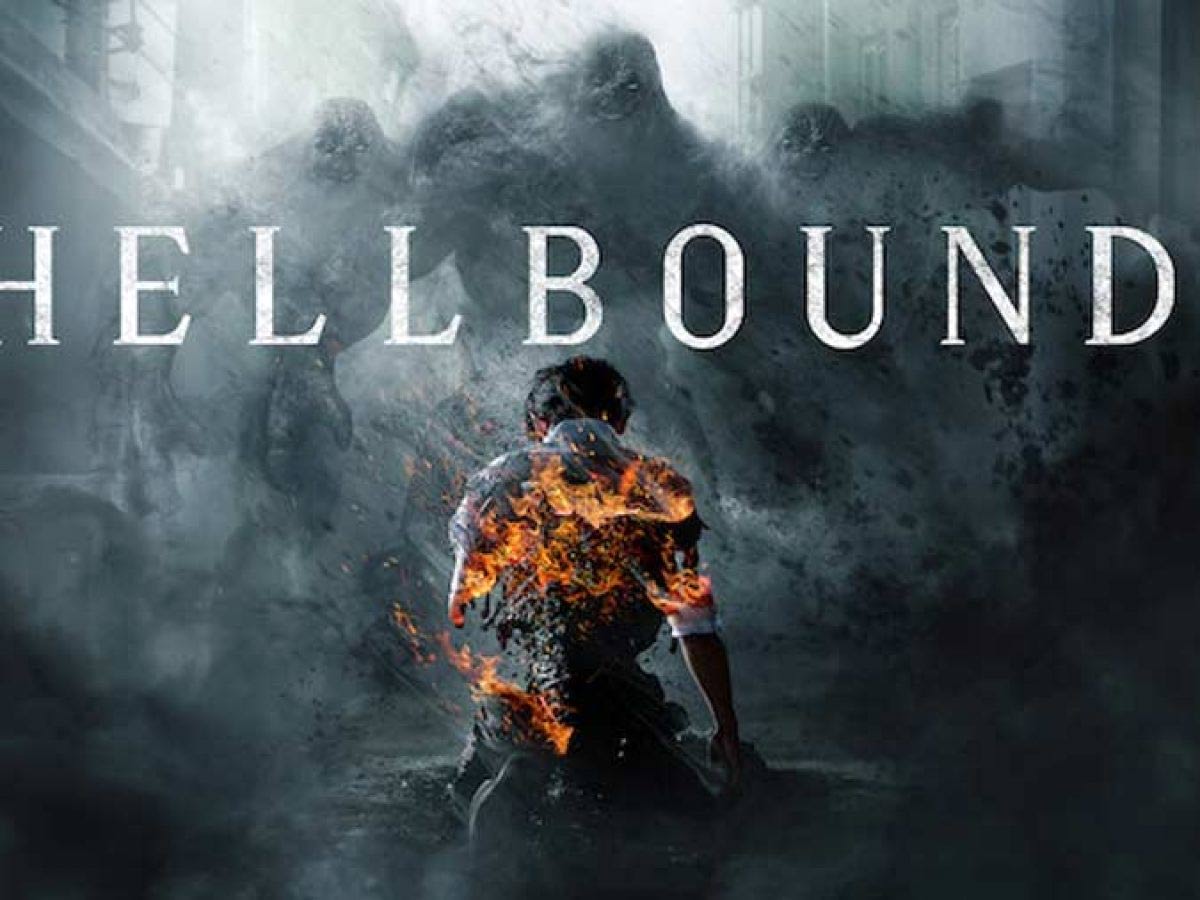 Hellbound is a South Korean web series based on Yeon Sang-original ho’s webtoon of the same name. In 2002, Yeon Sang-ho directed an 11-minute short animation for Jiok. Yoo Ah-in, Kim Hyun-joo, Park Jeong-min, Won Jin-ah, and Yang Ik-June feature in the Netflix original series about otherworldly angels that emerge out of nowhere to sentence humans to hell.

On September 9, 2021, the pilot of the series premiered in the Primetime programme of TV series at the 2021 Toronto International Film Festival, making it the first Korean drama to attend the festival. On November 19, 2021, it was launched on Netflix and immediately became one of the top 10 Netflix dramas.

God’s wrath has been shown in a variety of cinematic forms. Sometimes it’s a perfect storm, and other times it’s Jules from “Pulp Fiction,” played by Samuel L. Jackson. “Hellbound,” a new Netflix series directed by Yeon Sang-ho and based on a webtoon (“The Hellbound”), imagines God’s vengeance as three smoky grey, towering Hulk-like animals who arise out of nowhere and crash humans into vehicles, walls, and anything else as if they were chew toys.

They splatter a human’s blood all over the place, wreaking havoc on the surroundings, before torching the target to death. We discover later that the first (known) victim was handed a decree by a floating visage in the sky, who informed him exactly when he would die and be condemned to hell.

However, one of the show’s many intriguing intellectual themes is that the fear of the monsters is secondary to what would follow next—how so many people would lose their brains and sense of self, especially if such a tangible force of fury were explained as payback for our crimes. People, opportunists, cult leaders, and naive believers are the terror here, as they pursue fear to the point of humiliating, hating, and destroying one another in order to gain God’s forgiveness. Yeon’s series combines realistic terror with insightful talks about how we define sin and what we as humans deserve from such a God.

But, before the religious folk construct their own meaning into it, Jin Kyunghun (Yang Ik-june), who gives our first-person perspective into this occurrence, investigates the initial beatdown as if it were a crime. He has a tragic past including the murder of his wife and his subsequent release from prison only a few years later. That becomes a difficult point for Jung Jinsu, the stoic head of the New Truth, a religious group that thinks the monsters are attacking sinners.

Jung Jinsu and the New Truth and the Arrowhead target a number of persons, including Min Hyejin (Kim Hyun-joo), a lawyer who first attempts to aid a destined lady who gets a decree and agrees to let the New Truth broadcast her death. (It’s a mind-blowing sequence that amplifies the craziness of “Hellbound.”) Min Hyejin, like many others in this top-tier ensemble, has a surprise and highly satisfying character arc—because of the series’ time jumps, it’s never certain where a character will be in the next episode, or whether they’ll return.

Watching “Hellbound,” it becomes increasingly clear that it is directed by the same person who brought us “Train to Busan,” since, like that zombie picture, he now employs human humans and the frenzied impact of frightened belief for intense thrills. With shaky camera technique and extended takes, the series’ bursts of action, which might surprise you just as the script’s narrative developments, immerse you in the turmoil. “Hellbound” guarantees that, while the pummeling demons persistently remain a mystery, human aggression to one another is always painful.

“Hellbound,” co-written with Choi Gyu-seok, is the type of horror series that clearly evolves with each episode, revealing how much the writers have thought about the situation in a very genuine manner. They grapple with the ensuing media frenzy, the embarrassment individuals would feel if they received a decree, the organisations that would try to profit from it, and more. It becomes an intriguing entrée into religion stories, without being self-serious in its concepts. The wrath monster trio may seem ridiculous, but the craziness in “Hellbound” is quite real.