Home Arts & Entertainment Film Passing 2021: A Beautiful Movie that Speaks from the Heart 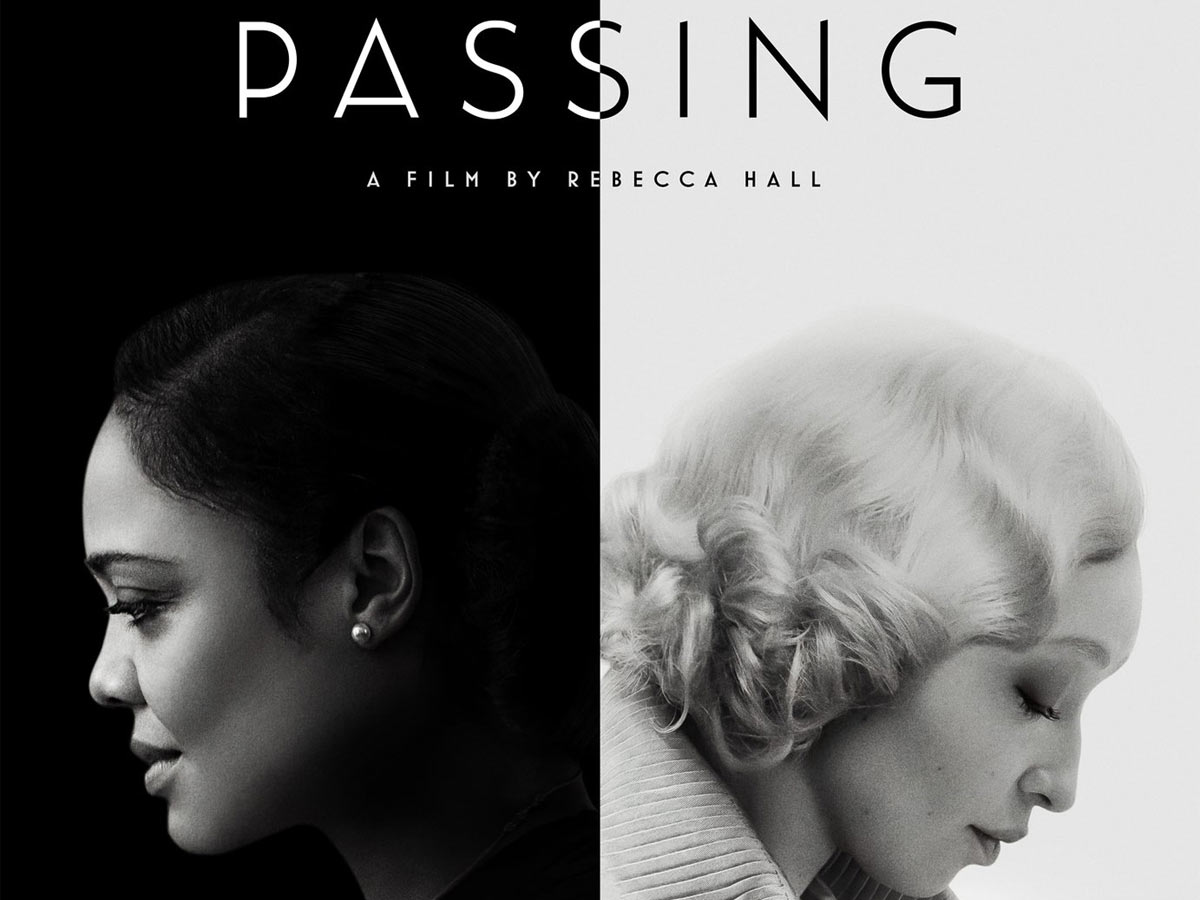 Rebecca Hall’s feature directorial debut, Passing, is a 2021 black-and-white drama film that she wrote, produced, and directed. “Passing” is based on Nella Larsen’s 1929 book of the same name. The term alludes to African-Americans who have skin that is pale enough to be mistaken for white, a practise known as Passing. Tessa Thompson, Ruth Negga, André Holland, Bill Camp, Gbenga Akinnagbe, Antoinette Crowe-Legacy, and Alexander Skarsgrd are among the cast members of the film.

On January 30, 2021, Passing had its global premiere at the Sundance Film Festival, and on October 27, 2021, it began a limited theatrical release before being released on Netflix on November 10.

Clare is a Black woman who is mistaken for a White woman. She’s charming enough to fool a lot of people, including her racist husband, John (Alexander Skarsgrd). Before we meet Clare, we follow Irene (Tessa Thompson), an old high school friend who has chosen to try her hand at deception on this particular day. She enters a White restaurant with trepidation and takes a seat. Hall’s camera, aided by Eduard Grau’s gorgeous black-and-white photography, casts a long look at Irene’s face behind the hat she’s pulled down low enough to provoke suspicion, for a long time.

Clare is the one who brings them together, and the two share old memories as well as their present secret hobby. Her spouse is conducting business in New York City, so she’s there with him. Clare interjects news and gossip from their hometown into the dialogue. Irene mentions her husband, Brian (a brilliantly subdued André Holland), and the two sons she lives with in Harlem during the conversation. When John interrupts the two friends’ reunion, he is formally presented, going one step farther than a verbal description. Because he believes Irene is White and shares his viewpoint, John relaxes his guard, as individuals like him do when they think they’re among friends.

The tension between the two women is apparent, not just because of the way it forms class and social boundaries between them, but also because of what still pervades that line: their common infancy and something recognised in the other; as Irene expresses it, a thing that cannot be recorded.

The moment that follows is one of Thompson’s greatest in the movie. On the surface, the horrifying speech may detract from what she’s doing, so concentrate on how quickly she maintains control while her body language almost betrays her. We anticipate John to highlight how much he despises Black people. Then he adds that Clare despises them as well, but that her hatred has “been growing darker and darker every year we’ve been together.”

Despite the fact that Irene wants nothing to do with Clare after this, she greets her when she unexpectedly shows up at her home. Their relationship is revived, partly out of curiosity and perhaps a little out of guilt. Irene enjoys a pretty posh life in her brownstone without abandoning her “blackness”. But she’s a prude in comparison to Clare’s flapper-like excitement once she’s allowed to slip back to the picnic.

Clare is a constant source of fascination during these social gatherings for the Negro Welfare League, from the Black men who fawn over her light-skinned beauty to a snooty White writer Hugh (Bill Camp), who is intended to be an ally but comes across as someone who is watching a National Geographic programme while studying Black folks. When Hugh queries why Clare would attend a Harlem dance after she’s officially “escaped” her Black existence, Irene answers she’s there “for the same reason you are.” “I’m going to see some African-Americans.”

“I’d want to see some black people.” It’s a good line, a well-observed reaction with more teeth than its amusing delivery suggests. One can’t help but think of how badly Clare wants to be with her parents again, and how her momentary pleasure knocks Irene off-kilter. Things worsens when Brian appears to be more than casually interested in the challenge of wanting to be both black and white.

And Clare is a mystery, which is the first issue with “Passing.” Negga, as amazing as she is, is primarily left to our interpretation. We are as knowledgeable as she is. We’re doing the same thing as she attempts to figure out Clare and reconcile her own sentiments.

Hall, Grau, editor Sabine Hoffman, and composer Devonté Hynes do a fantastic job of hypnotising the audience. This is a carefully timed video with engulfing feelings reminiscent of symphonic themes. There’s a lot going on here, but “Passing” doesn’t waste time getting to the point. When Brian correctly warns his boys about the racist issues, they would encounter in the world, Irene argues that they should retain some innocence in their childhood.

We comprehend both arguments, even if we know one is really naïve. The entire picture is in a constant state of deceptively subtle push and pull. It’s a great tone balance. And, despite the fact that we expect the conclusion, it is accompanied by a surprising degree of empathy and melancholy, two elements that were always gently present throughout the duration.

“Passing” is an in-depth examination of colorism, which is variable prejudice based on a person’s skin tone, with individuals with darker skin tones encountering greater discrimination, even from those of their own race or origin. The theme of colorism is intertwined with how bi-racial persons might face identity uncertainty, unsure of their position in society, in this video. “Passing,” the upcoming Netflix film, is serious and emotional in its depiction of the friendship between these two women who have had such varied life experiences, with other subjects such as gender and sexuality also addressed throughout the story.