Home Arts & Entertainment Film Samrat Prithviraj: Is the Movie based on mightiest King of India worth... 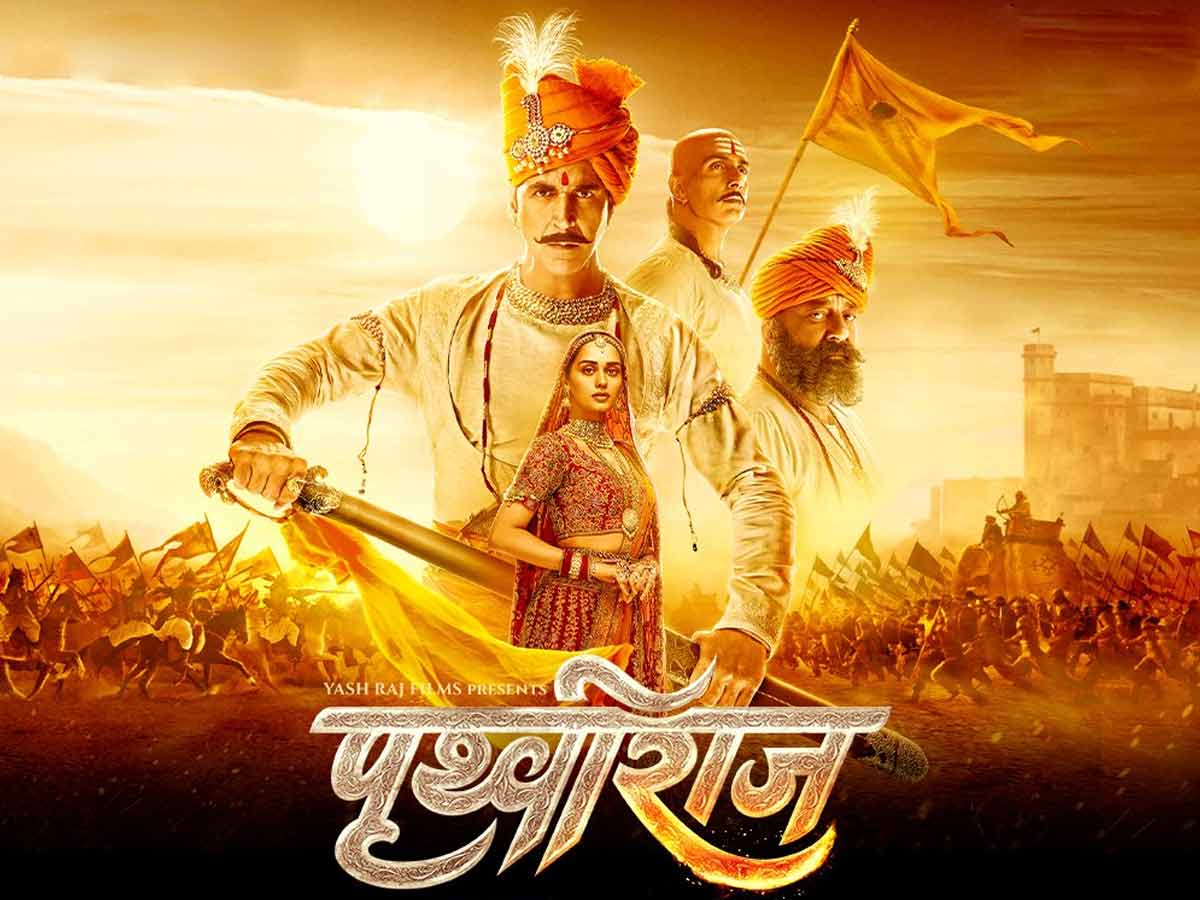 Samrat Prithviraj, directed by Chandraprakash Dwivedi, aims to resurrect cultural nationalism, but it does not serve the interests of those who wish to exploit the past for political gain.

Despite the political surround sound, Samrat Prithviraj comes across as a harmless but dreary period piece that does neither its source nor its subject justice. The Chandraprakash Dwivedi film aims to resurrect cultural nationalism, but it doesn’t help those who want to reap the benefits of the past for political gain. 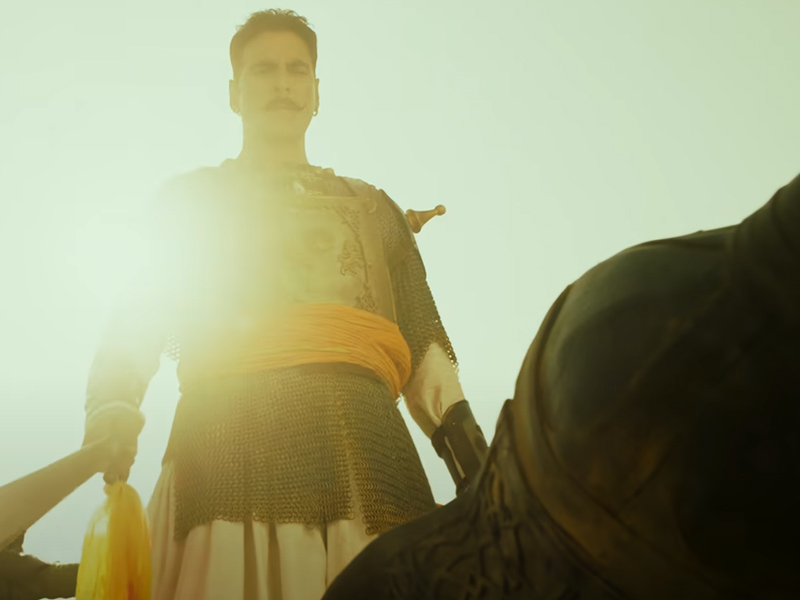 Dwivedi has avoided referring to Prithviraj Chauhan’s (Akshay Kumar) battles with Mohammad Ghori (Manav Vij) as a civilizational conflict. Instead, the director has concentrated on the fact that when personal matters become political, they have far-reaching implications.

Prithviraj’s soldiers frequently invoke Mahadev, but the Mohammad Ghori camp makes no religious war cries. The destruction of Somnath Temple by Mahmud Ghazni is mentioned, but Samrat Prithviraj quickly distinguishes between an individual plunderer and a religious community. The word “dharma” is thrown around a lot, but both Prithviraj and the treacherous Jaichand get a chance to say what they think about it. 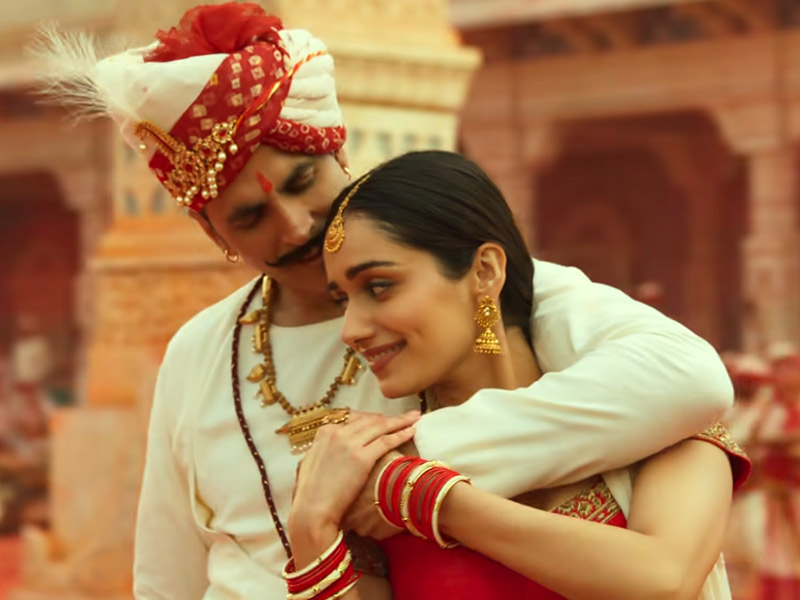 Despite its good intentions, the big-budget production fails to provide any real insight into Prithviraj and Ghori’s minds, nor does it succeed in recreating the spectacular poetry of war and valor on the big screen.

According to the disclaimer, the film is based on “Prithviraj Raso,” an epic poem written by Chand Bardai (Sonu Sood), the bard in Prithviraj’s court. The poem gives an exaggerated account of Prithviraj’s reign and has become more important as a piece of literary evidence than as historical evidence over time.

Despite its good intentions, the big-budget film fails to provide any real insight into the minds of Samrat Prithviraj and Ghori, nor does it succeed in recreating the spectacular poetry of war and valor on the big screen. 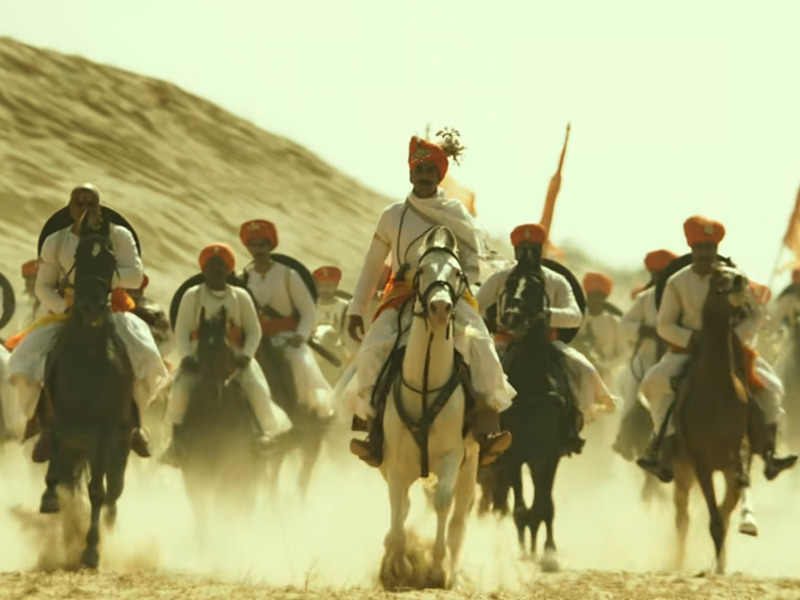 According to the disclaimer, the film is based on “Prithviraj Raso,” an epic poem written by Chand Bardai (Sonu Sood), the bard in Prithviraj’s court. The poem gives an exaggerated account of Prithviraj’s reign, and over time, it has become more important as literary evidence than historical evidence.

Sonu Sood plays a fictitious bard in Samrat Prithviraj. Despite his status as a mass messiah off-screen, Bollywood continues to use Sonu Nigam to sing songs for Akshay Kumar, the true heroic hero on screen. It isn’t, however, a solo performance. 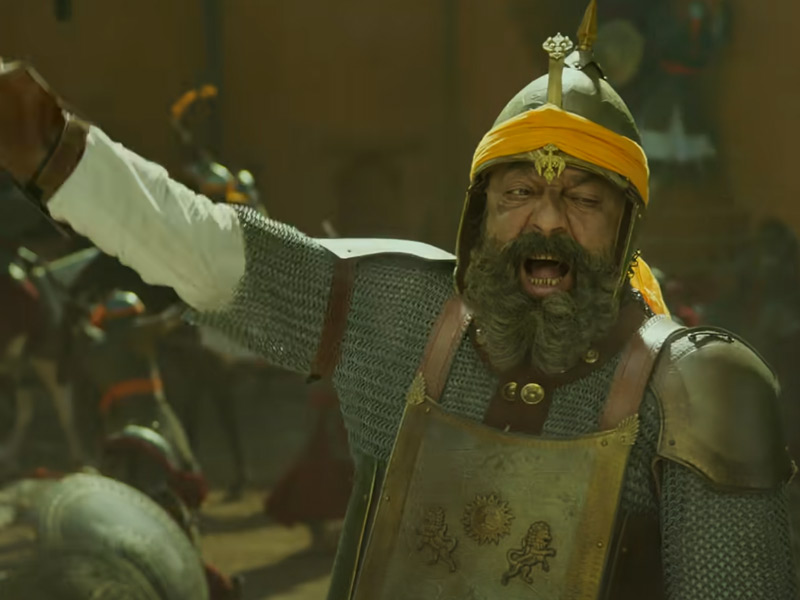 Sanjay Dutt plays the warrior kaka, who has no connection to Mahabhrarata’s Dhritarashtra despite being the father figure, and whose akhand pratigya is to behead anyone who twirls his mustache in front of the king. While Sonu takes on the role of Bran Stark, foreseeing the future in flashes and warning everyone not to mess with vidhi ka vidhaan like a soothsayer. Sanjay adopts his Munnabhai demeanor, which stands out like a sore thumb.

After a while, Dwivedi, who is known for his meticulous research, appears to be unable to strike a balance between history, legends, and the current political narrative. In a story set in the 12th century, he repeatedly invokes Hindustani sentiment in a story where the country was divided into kingdoms with self-interest at the forefront. 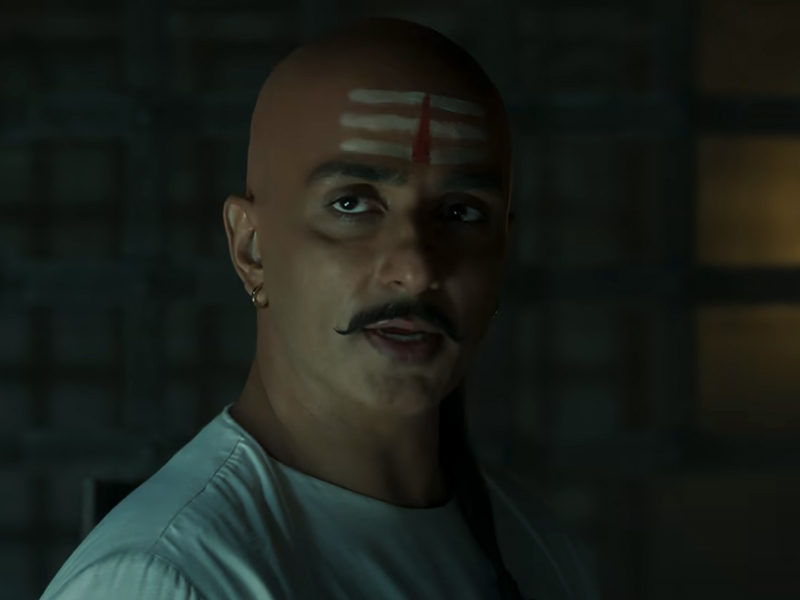 Then, in an amusing exchange, Ghori asks his slave-turned-commander Qutubuddin Aibak if four Indians can stand together; Aibak replies that they can only stand together if they have to carry the fifth on their shoulder.

However, Dwivedi’s attention to detail is evident in the costumes and production design of forts and palaces, but there is little in the war scenes that we haven’t seen before in Bollywood battlegrounds. There is very little information about the strategy. 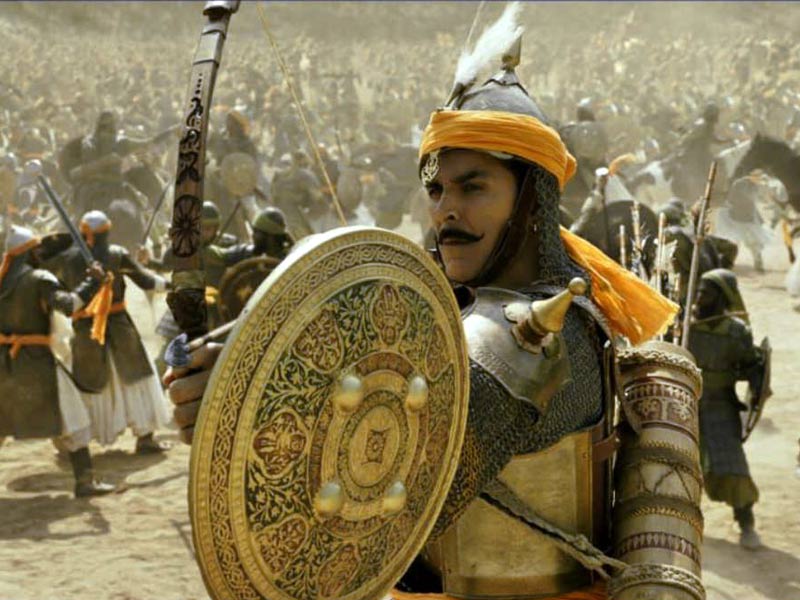 The pragmatic approach of the Chanakya director gets in the way of the timeless love story between Samrat Prithviraj and Samyukta, which has long been a part of North Indian oral history. It fails to grow on you with little help from the music department. Manushi Chillar, the debutante, is competent but lacks the charisma required for the role.

The music, dialogues, and accent lack the lilt of Braj, the dialect in which Chand Bardai wrote, and the liberal use of Urdu in conversations sounds jarring.

In the lead role, Akshay Kumar disappoints. Kumar has lost much of his trademark energy in order to tone down his body language and Punjabi accent, and he has been unable to develop the gravitas required to play the celebrated ruler. 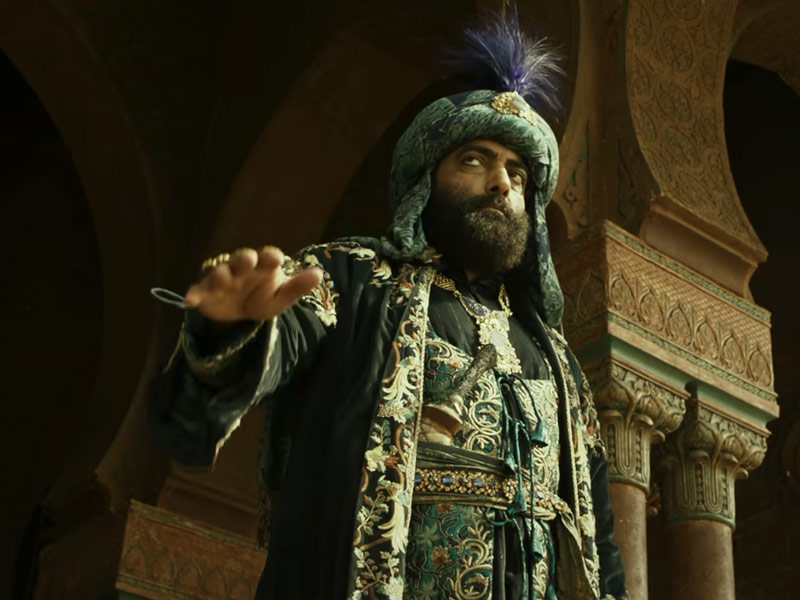 He growls like a lion who has lost his bite, and despite the airbrushing, he does not resemble the boy who became a Samrat in his twenties. His limitations are highlighted by the presence of seasoned supporting actors such as Rajendra Gupta, Manoj Joshi, Lalit Tiwari, and Ashutosh Rana.

If Akshay is too self-aware, Sanjay Dutt, who plays Prithviraj’s blindfolded regent, is oblivious to the time period and goes about his business, creating a jarring effect in court scenes. In the meantime, Sonu Sood, who plays the balladeer, tries hard to keep a straight face while saying his lines and singing for the hero. Manav brings Ghori’s aura to life at first, but as the film progresses, he is reduced to over-dressed cardboard. 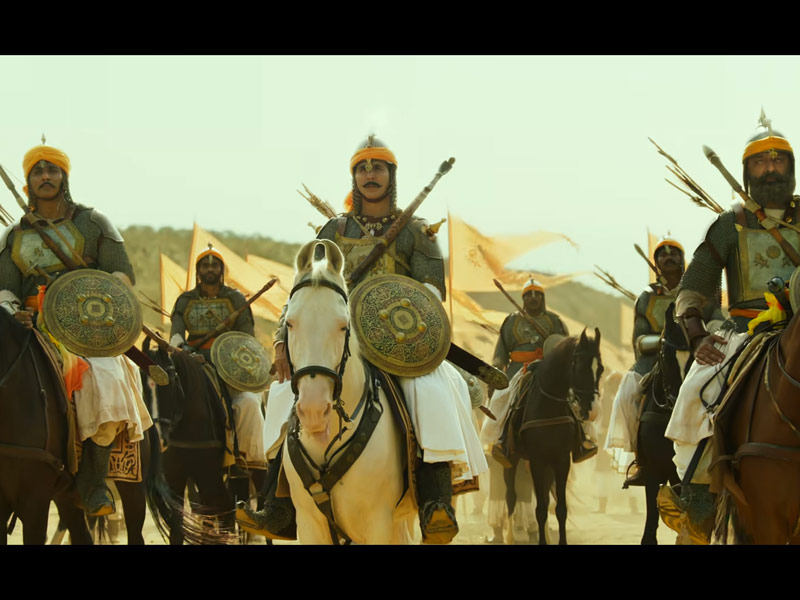 No Chand Bardai is going to be able to save this Samrat Prithvirajl; he’ll have to rely on political bandmasters to extol its mediocrity for a while.

The film Samrat Prithviraj is currently in theatres.