Home Arts & Entertainment Film Chehre: The Mystery Thriller that will scratch your Brain 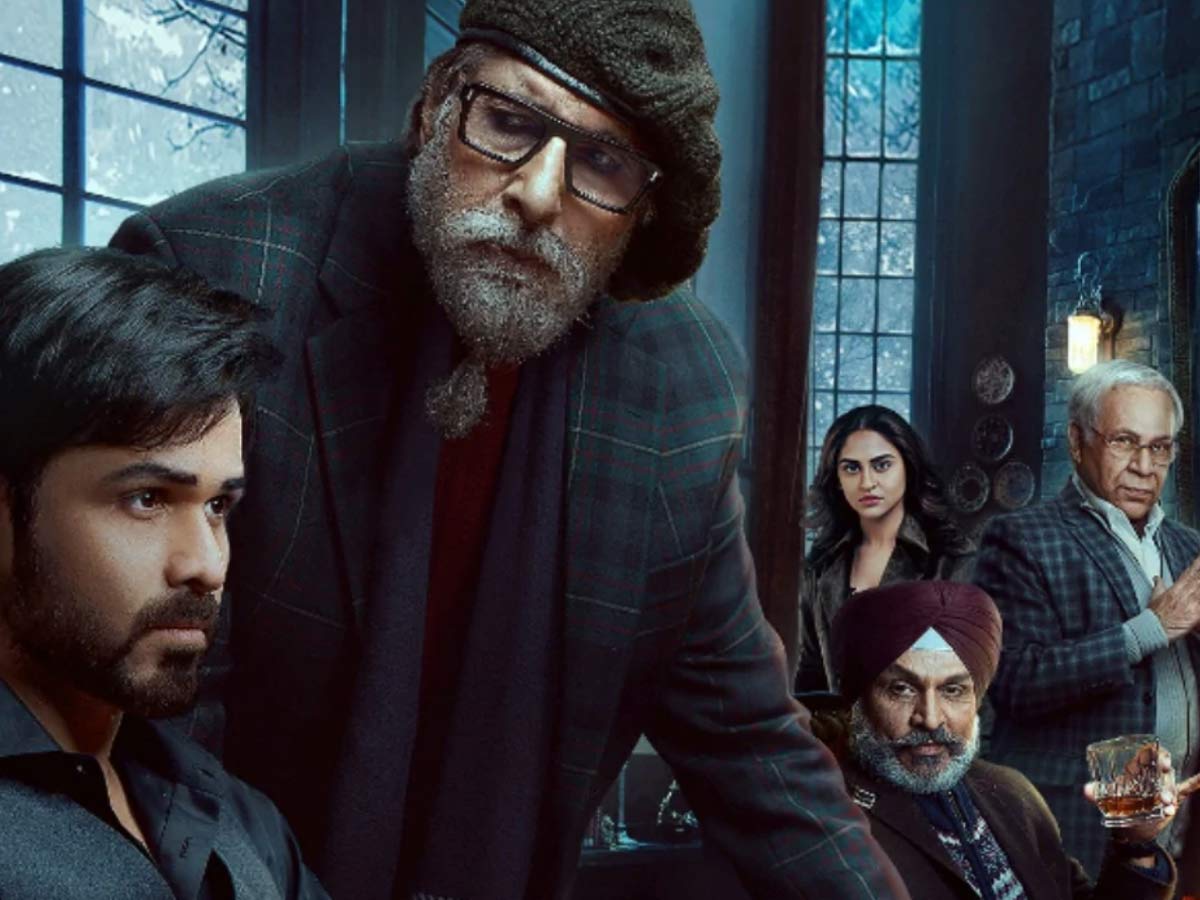 Chehre is a mystery thriller film by Rumi Jaffrey of the year 2021. It is loosely based on the German Novel A Dangerous Game that was written in 1956 by Friedrich Durrenmatt. The star cast of the film includes Amitabh Bachchan, Emraan Hashmi, Krystle D’Souza, Rhea Chakraborty, Siddhanth Kapoor, Annu Kapoor and others. Ranjit Kapoor has written the story for the film whereas Anand Pandit donned the hat of producer. The film was released on August 27, 2021. The music for the film has been composed by Vishal-Shekhar and Gourov Dasgupta.

Amitabh Bachchan features in the film as Lateef Zaidi, whereas Emraan plays the role of Sameer Mehra. Krystel D’souza appears in the film as Natasha Oswal and Rhea Chakraborty appear as Anna Mathew.

Story of the Movie Chehre

Chehre is a story of four friends who were previously court officials. The 4 friends include a public prosecutor, defence lawyer, judge and an executioner. The 4 friends meet at a heritage mansion in an isolated hill station after a long time and pass their time by reenacting mock trials on stranded strangers. However, things take a turn when the mock trials that were started as a fun activity turn serious.

The major story starts with the entry of Sameer Mehra (Hashmi), the chief of an ad agency who meets the four friends after he is forced to spend the night at the house because of terrible weather. Lateef Zaidi is the public prosecutor, Paramjeet Singh Bhuller (Annu Kapoor) is the defence lawyer. Justice Jagdeesh Acharya’s role has been played by Dhritiman Chatterjee, whereas Hariya Jatav (Raghubir Yadav) is the executioner. Anna, the distinct housekeeper of the house, adds a distinct flavour to the story.

Also Read, Bhoot Police Is Much More Than A Usual Horror Film

After having a friendly conversation with the four erstwhile court officials, Sameer agrees to be a part of the mock hearing game. Things are all fun until the four senior citizens accuse Sameer of killing his boss and taking his position in the company. The suspense is whether Sameer will be convicted or acquitted.

You must watch the movie to find out the result of the mock hearing.

Honest Review of the Movie Chehre

Rumy has got some seriously talented actors for the business, but the script doesn’t do full justice to the talent he has at his disposal. Mr. Bachchan, like always, doesn’t fail in intriguing the audience with his aura, but an actor can only do a little with an average script. Emraan too has portrayed the character of Sameer with full sincerity, but critics can’t afford to overlook the loopholes in the script.

While it is clearly a ‘copied’ story, the makers have done too little on the thinking part. With such a versatile cast, the talent is wasted to make an extraordinary film out of an insipid script. This is not the first instance when an actor like Emraan Hashmi is wasted. Mr. Bachchan is something else. With his aura, he can make an ordinary film look exquisite, but One swallow does not make a summer.

While the movie appears to be interesting in the beginning, the plot turns out to be boring and on expected lines as the film progresses. Sameer is taken as an example for non-stop ranting about the current state of justice and law in the society and that’s what makes the film boring. There’s nothing new in the message that has been tried to be conveyed by the makers.

The four court officials are ‘working from home’ for most of the time and the viewers don’t get different flavours, even in terms of location and set. There are a lot of loopholes that can be easily spotted in the writing, but that’s not the sole reason behind the disappointment. The biggest disappointment remains the wastage of such talent and the message that the film intends to convey. With the theme and the limited diversity in the locations, it would have been a perfect crime thriller, but the script couldn’t live up to the expectation.

With the film, the makers have certainly attempted to make a commentary on the state of justice in Indian society. The only problem is that their contribution to this commentary is very little. While the story is clearly an adaptation of A Dangerous Game, no credit has been given. One is compelled to call it a copied story with no additional flavour.

The 139 minute-long film comprises a dull courtroom drama that takes longer than usual to conclude. Even the portrayal of courtroom drama is not something that boasts of perfection. One can easily find loopholes in the skills of the public prosecutor and it would be safe to say that a little research has been done on the mock hearing part. To conclude, the only thing great about Chehre is the ‘Chehre’ that we get to see in the film.