Home Arts & Entertainment Film Is Haseen Dilruba worth your time? 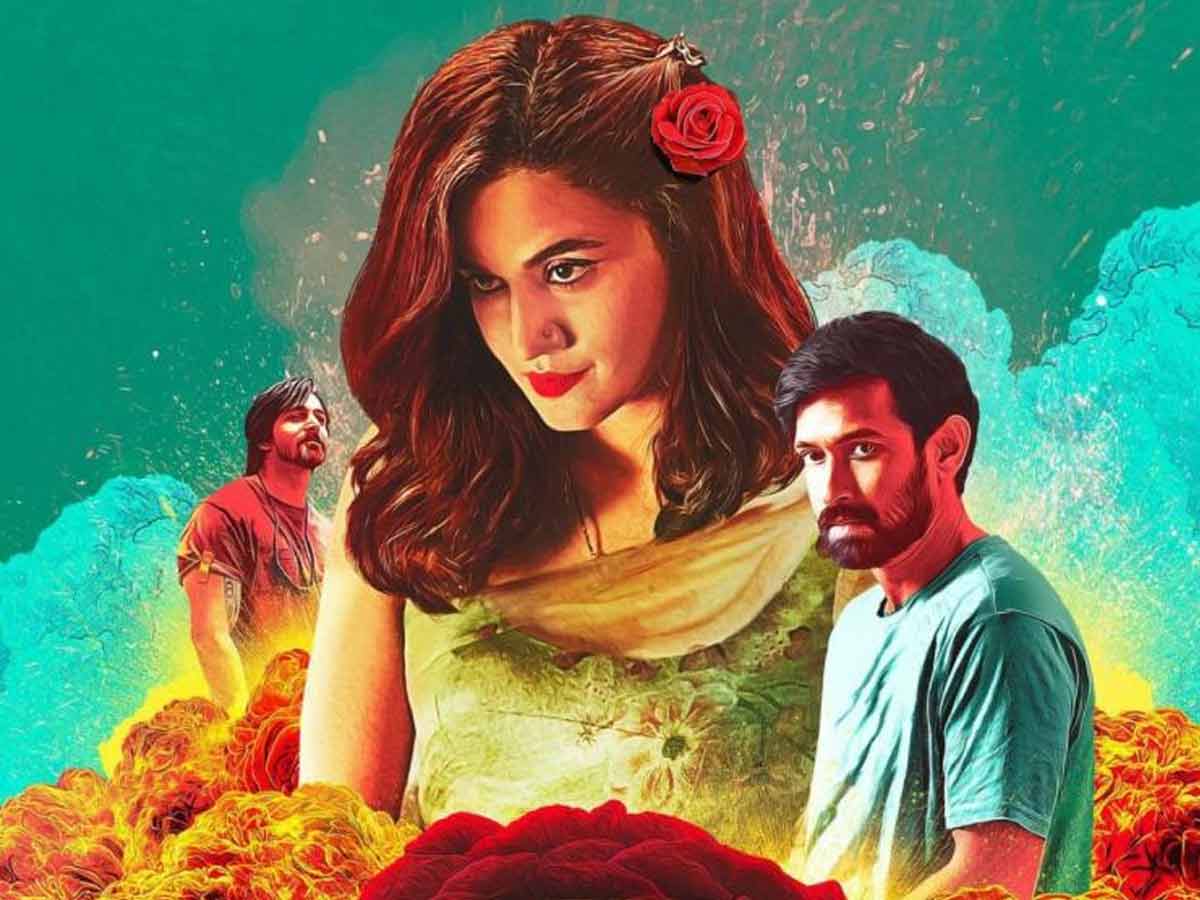 Vikrant Massey, Taapsee Pannu, and Harshvardhan Rane starer Haseen Dillruba were released on July 2. The early reviews from critics are already out. A good movie is made when the acts are performed with perfection as per the script. This is where the film lags behind. While the script will excite anyone when read on paper, the execution of that script doesn’t seem to be up to the mark.

Yes, some plot twists, but despite all the efforts, the film falls flat on expectations. For the OTT audience, the sex scenes in the movie might grab some eyeballs, but that won’t be enough to help the makers get a good rating.

Bollywood’s infamous critic Kamal R Khan didn’t react to Haseen Dillruba while referring to it as a C Grade film. While we dive deeper into the story, here is what you need to know about the people behind the curtain as well as those in front of the lenses. 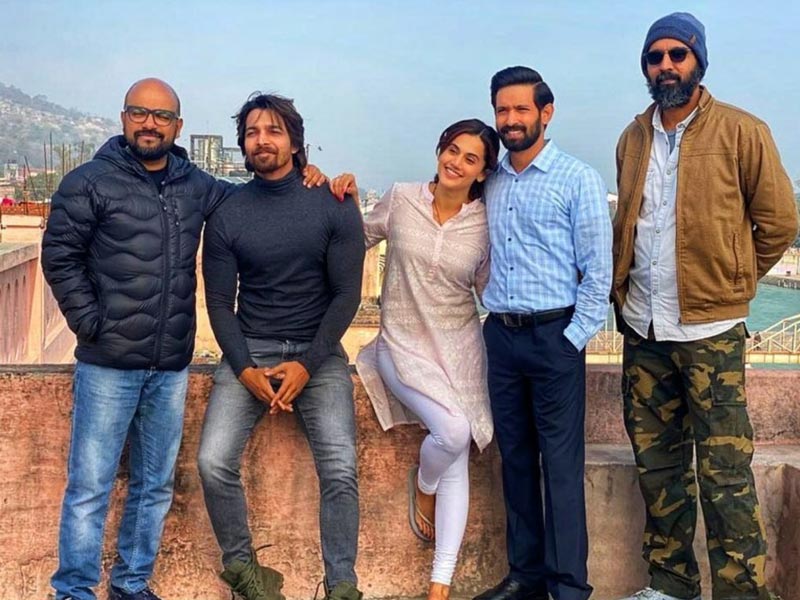 We could hardly provide any concrete reasons to strongly recommend or even recommend investing your time in the movie. It would be safe to say that Taapsee and Vikrant are the only two reasons to watch the movie.

Haseen Dillruba fails to hold the audience’s attention for a long time, and the entertainment factor is lagging behind. How the story is being told is as important as how good it is, and the makers appear to be failing in the former task. While the final picture can only be drawn after the reaction of the viewers, critics have already given thumbs down to the film. For a versatile actress like Taapsee, her role as Rani looks like a repetition of Rumi Bagga from Manmarziyaan. 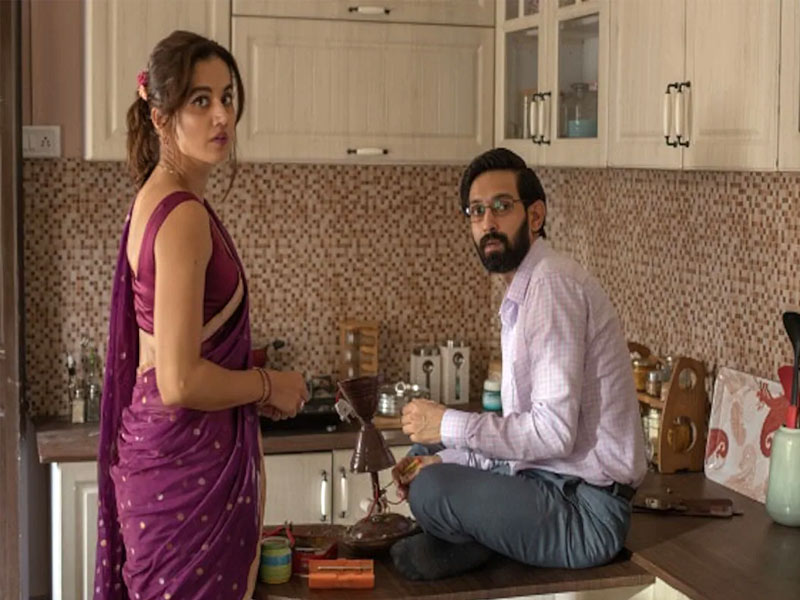 Another problem lies in the distribution of the story. It starts at one place and ends somewhere else. Good storytelling might have changed the view of critics towards the film.

It might be too early to pass blunt statements about the movie yet. Still, Hindustan Times has already called the movie “a blot on Taapsee’s career.”

Where to watch Haseen Dillruba?

Haseen Dillruba is streaming on Netflix.

Haseen Dillruba starts with the death of Rishu (Vikrant) due to a gas cylinder explosion. Rishu’s wife, Rani (Taapsee), is the prime suspect in the death case.

Rishu is a typical small-town electrical engineer who hasn’t had any female interaction and is a virgin. He has no preferences as far as marriage is concerned and could marry the first girl he sees. On the other hand, Rani lives a progressive life and has had several relations in the past. Rani seeks excitement in her life, whereas Rishu is a stereotypical guy who believes in living his life by the norms of society. 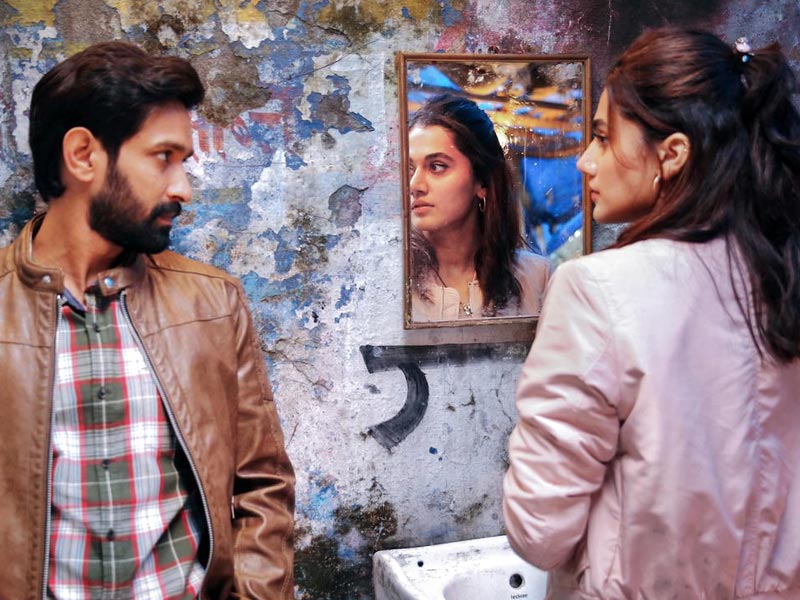 Tables turn when Rani decides to settle down and marries Rishu in an arranged marriage ceremony. Rani craves passion and is a fan of erotica. Rishu finds it hard to meet the expectations of his bold wife and overhears her talking to her family members about his inability to satisfy her.

The twist in the plot comes after the entry of Rishu’s cousin Neel (Harshvardhan Rane). Neel perfectly fits in the world of Rani’s expectations, and she eventually ends up falling for him. She confesses her liking for Neel, and everything appears to be falling apart.

But the real question remains. How is all this connected to the death of Rishu? Did Rani actually kill him? Why is she the prime suspect? Suppose these questions trigger the detective behind you or intrigued enough to find the answers. In that case, you should watch the movie over the weekend.

This is a tale of a confused woman between the man she likes and the man she chooses to settle with. Her decisions are going to impact not one but three lives and, of course, a family. The only thing stereotypical about the movie is Rishu’s character, who is overwhelmed with insecurities and inferiority complexes in the starting days of his marriage with Rani.

The story of the movie has been penned down by Kanika Dhillon. Whether to question Kanika over the film’s performance is a very subjective question in itself. As most of the critics find fault in the execution and not the script, she gets the benefit of the doubt.

Moreover, she has penned down some really exciting stories in the past, including Manmarziyaan and Judgemental Hai Kya. Deranged relationships have become an integral element of Kanika’s writing. However, it would’ve been better if her characters behaved more like normal people and had a story to tell.

We are still waiting for a wider response that will only be out after more people watch it. What do you think about this 130 minutes long drama?