Home Arts & Entertainment Film Is ‘The Tomorrow War’ Worth Your Time? 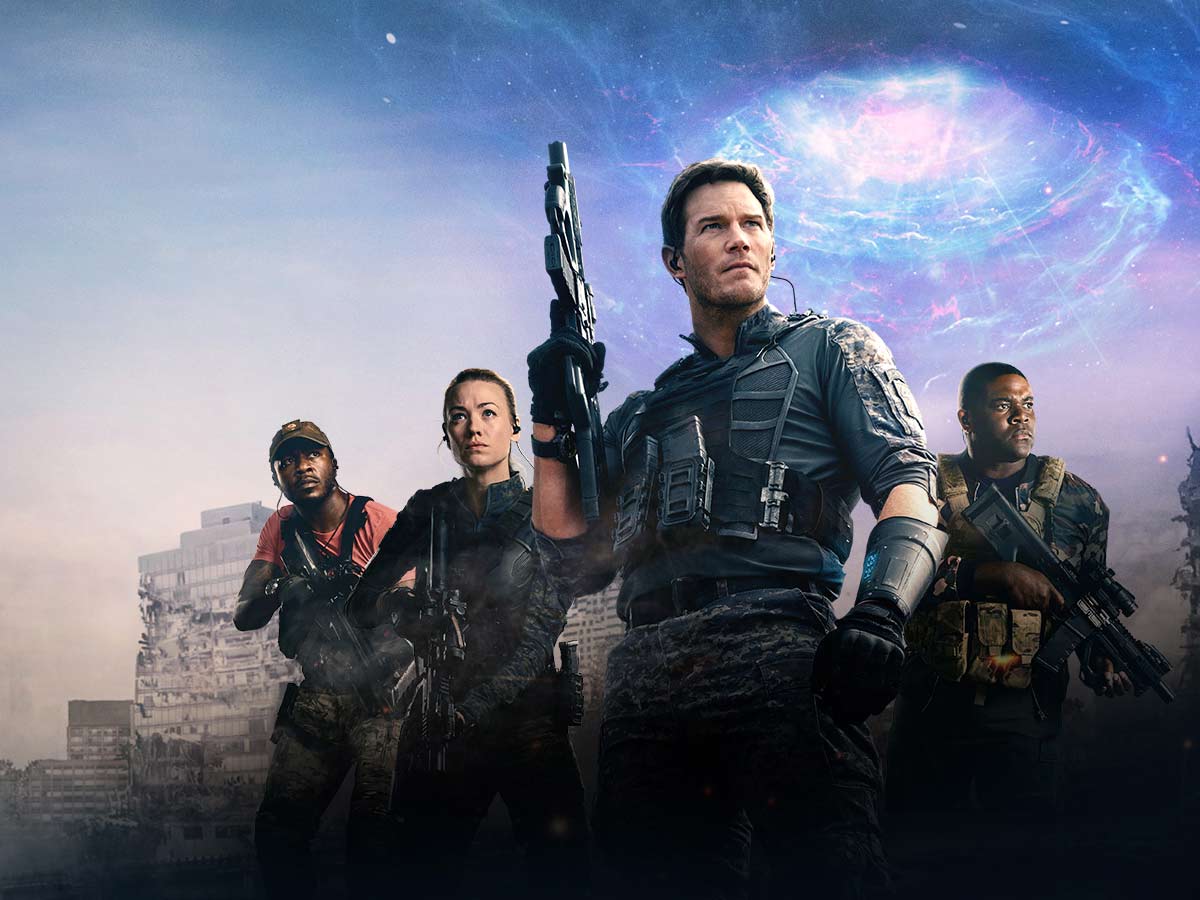 Chris Pratt starer, The Tomorrow War, will release later this year in this part of the world. The early reviews and critic ratings have already started pouring in, which will play a huge role in the audience’s response to the American military sci-fi thriller. Chris Patt perfectly fits in the ‘hero’ image in the movie. What we can expect from the script is another thing. For action lovers and those who get excited by the mere thought of watching a military film, the film might have something to offer. Still, when it comes to the story, critics don’t look impressed.

The movie has been given 1 star by Hindustan Times, and one can argue if the critics were too harsh on the makers. But the standards that Hollywood sci-fi movies have set, the bar of expectations has gone higher in the past few years.

The movie has been produced by David Ellison. He has produced movies like Mission Impossible – Rogue Nation, Life, Terminator: Dark Fate, 6 Underground, and The Old Guard. Ellison has plenty of experience in action movies, but action is not really the problem here.

Why Watch The Tomorrow War?

Action is your favorite niche. You love watching gunfights and military tactics.

Where to Watch The Tomorrow War?

The Tomorrow War is easily accessible through Amazon Prime Video. You will need a subscription to watch it. 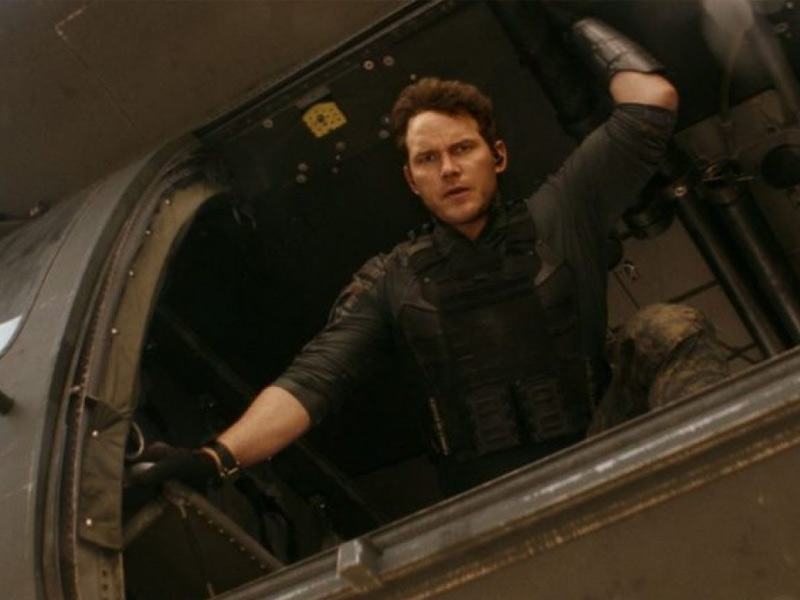 The movie is set in the year 2022. The movie starts with Dan Forester (Pratt) and his family watching the FIFA World Cup when they witness something never seen before- a wormhole opening up in the middle of the field. The people from the future claim that humanity is on the verge of extinction due to an alien invasion. Several people come out of the hole and claim that they are from 2051. They are here to request reinforcements.

Dan Forester is an Iraq War veteran and biology teacher.

Governments worldwide understand the gravity of the situation and send their troops in the future to save humanity. The survival rate in 2051 is just 20 percent, and this has worried them enough. Soldiers are not willing to go to the future due to the low survival rate, resulting in compulsory conscription.

As a result, Forester is drafted too, and he has to leave his tearful wife and daughter behind to take on the enemy. If you have seen sci-fi movies or military movies recently, the concept won’t sound new to you. And that’s exactly the problem that critics have spotted. 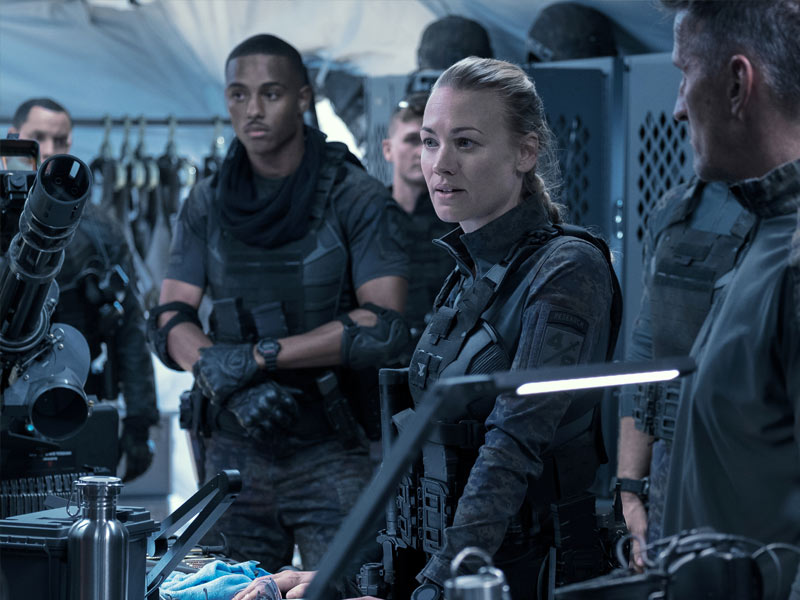 The film appears to be inspired by several movies discussing future travel, alien invasion theory and fighting with unknown enemies that include Edge of Tomorrow, Without Remorse, or even Avengers. The main concern from a commercial point is that many better movies are available to watch with similar concepts.

“It’s like an algorithm wrote this movie,” says Indian Express.

The movie’s plot has been termed ridiculous, and the characterization is labeled ‘uneven.’ The script and the characterization don’t complement each other. While the characters try to be funny at times, the script demands them to be too serious. The story of the movie is such that seriousness becomes mandatory. This means a collection of emotions. Even if you intend to watch it as a mere entertaining movie, the story fails to keep you engaged. The entertaining parts are spoiled due to too many breaks, and the viewer is left in the middle of assumptions.

While aliens are real villains in the film, critics have been very blunt in labeling the script as the “biggest villain.” When the entertainment industry has taken a hit due to the pandemic, the reviews do not bring very pleasant news for the makers eyeing the Box office collection of the movie. It is a movie that you would prefer watching on an OTT platform on a lazy Saturday night overpaying for it and watching it in the theatre.

We have seen too many extraterrestrial enemies, and there’s literally nothing new about the film’s plot except the cast and the FIFA match at the beginning. 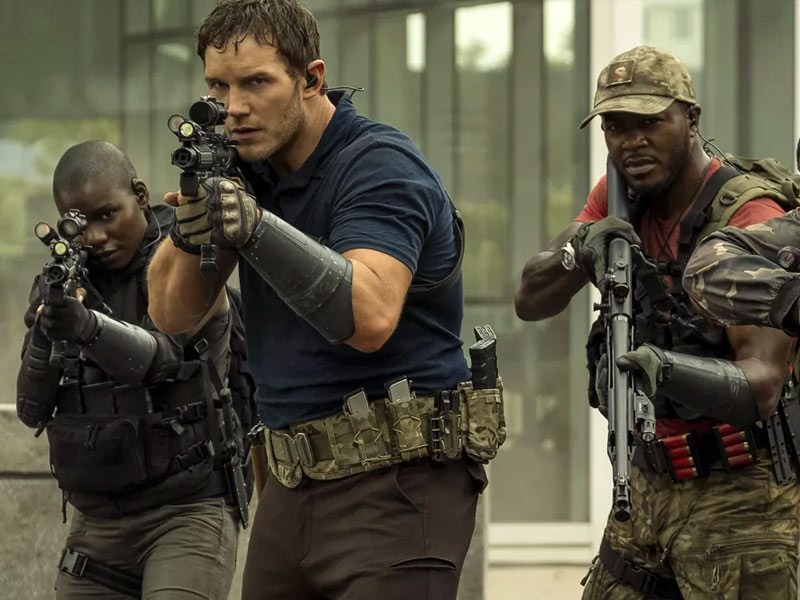 However, the action is still very exciting, and the sound effects make it look phenomenal. No matter how many times you see a movie involving an extraterrestrial enemy, a human soldier will always look cool while taking on an alien. This is the reason that may attract more teens to the movie. The aliens have been portrayed as unstoppable beasts who are almost unkillable. Nothing seems to be working against them, but it is one of those movies where we eagerly want to see the end that we already know about. Predictable is the word that will perfectly define the movie’s ending.