Home Arts & Entertainment Film Interceptor: Netflix Action thriller that may disappoint you due to a weak... 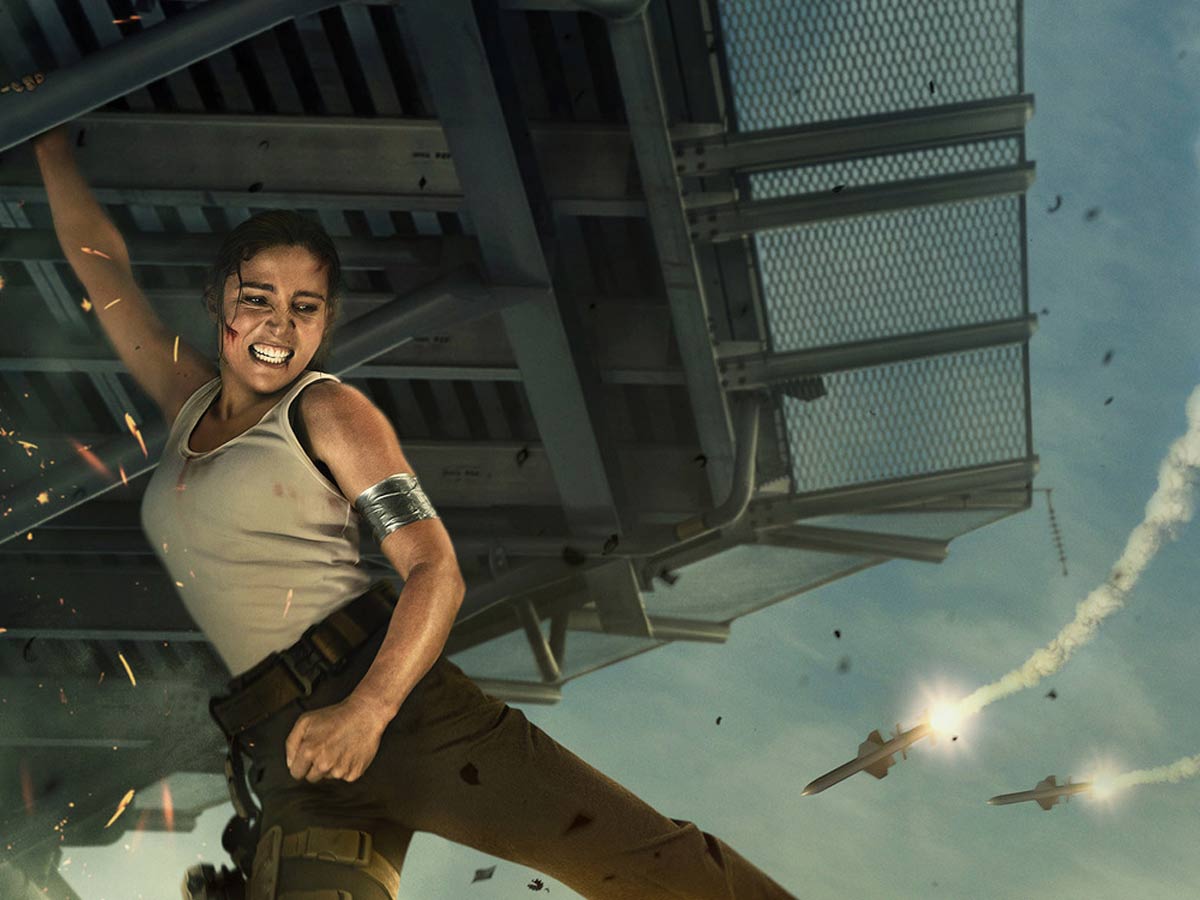 The opening titles of Interceptor feature a deluge of information regarding so-called “interceptor” bases, which are US military installations capable of firing missiles to intercept a Russian nuclear strike. These title cards give the essential high-concept set-up for bestselling novelist Matthew Reilly’s directorial debut, known for his action-packed thriller novels.

It’s packed with plot twists, weak dialogue, and shaky performances, but Reilly does stage some decent action on a short budget. Reilly co-wrote the screenplay with Hollywood veteran Stuart Beattie (Collateral, G.I. Joe: The Rise of Cobra), yet it feels like one of the thousands of low-budget, direct-to-video action films released each year, some on DVD. 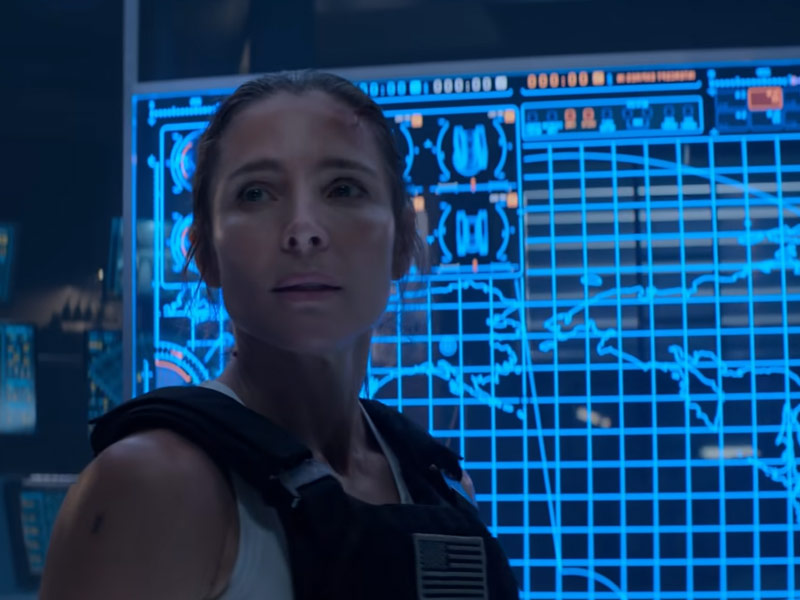 Interceptor establishes that the interceptor base in Alaska has been hacked before those opening titles. That leaves SBX-1, a naval platform in the middle of the Pacific Ocean where Army Captain JJ Collins (Elsa Pataky) is about to begin her second tour of duty.

JJ’s promising military career was cut short due to retribution for sexual harassment allegations she made against a superior officer, as established by recurring flashbacks throughout the film. Instead of being on her way to a prominent job at the Pentagon, she’s been escorted back to this backwater outpost. 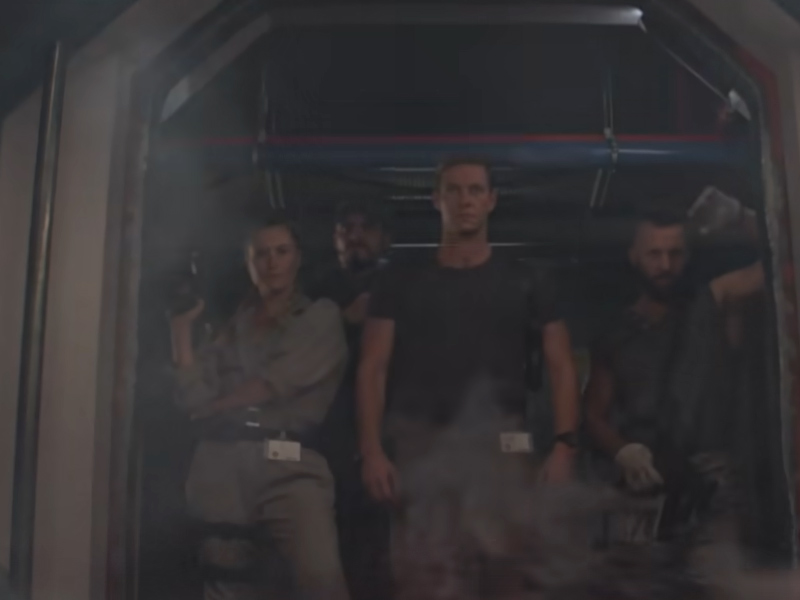 She comes just in time, though, for she’s barely had time to glance around wistfully at her new quarters before her superior officer sends her into the base’s command center with her sidearm immediately. Interceptor is the type of action film in which characters speculate on the likelihood of events occurring seconds before they do.

The dialogue primarily focuses on poor, unneeded exposition or trite one-liners. When JJ arrives at the command center, it’s only a matter of minutes before the sleeper agents at SBX-1, disguised as janitors, launch their own takeover, similar to the one in Alaska. 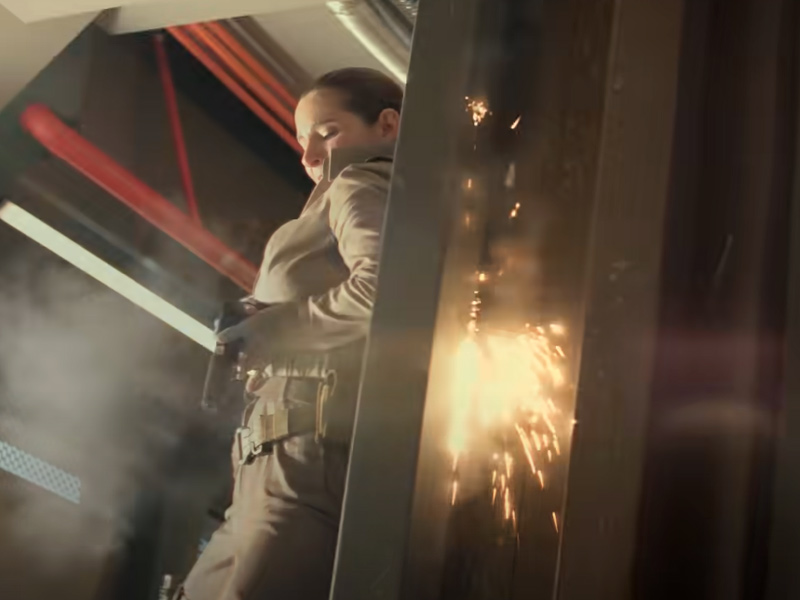 Of course, the terrorists underestimated JJ, a hyper-competent, a practically unstoppable fighter with nothing to lose. In this Die Hard rip-off, she plays John McClane, and Luke Bracey plays terrorist leader Alex Kessel as Hans Gruber.

He’s a rather ineffective villain, though, and his insults to JJ, while they spend the majority of the film confined in separate passageways, aren’t really menacing, even though the fate of the world is at stake. Kessel’s terrorist associates have seized 16 nuclear missiles in Russia, which they plan to use against 16 cities in the United States. Because the SBX-1 base is the sole remaining line of defense, Kessel must destroy it before the missiles can be fired successfully. 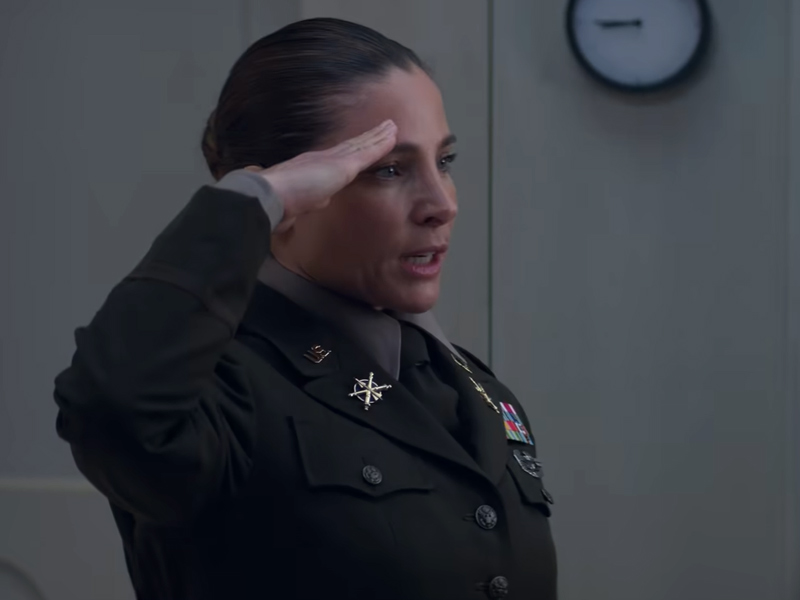 Pataky, a Spanish actress best known in the United States for her part in the Fast & Furious films, exudes grit and tenacity, but JJ is such a one-dimensional character that it’s difficult to take her seriously.

The flashbacks of Interceptor’s torture earlier in her military career are designed to humanize her, but they come out as reductive perspectives on sexual harassment and bullying, and Reilly frames them with the kind of gauzy soft-focus normally reserved for romantic reveries. Instead of being delicate and moving, they’re as outrageous as JJ and Kessel’s badassery. 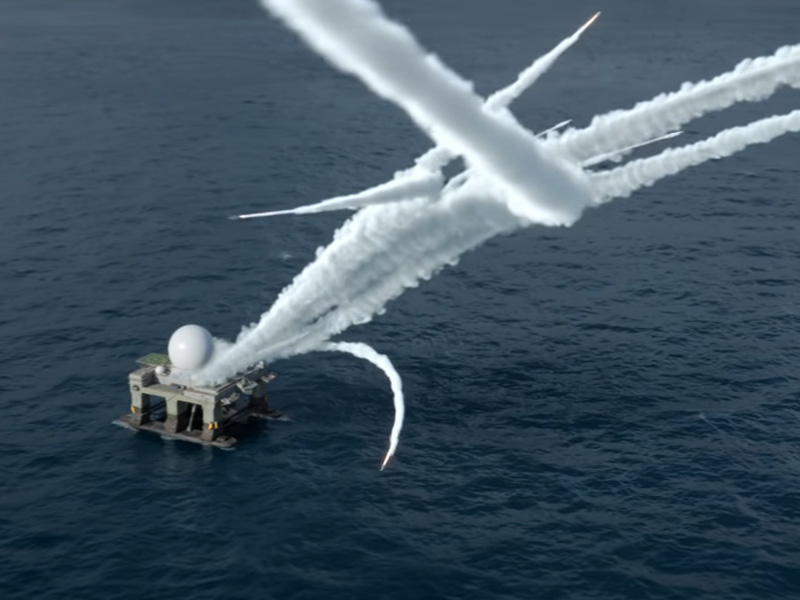 The film clearly shows that Chris Hemsworth gave his actress wife Elsa Pataky a fantastic opportunity, but other sections of the production were not in sync with his vision. To add to his star power, he appears briefly in the film wearing a hat and sporting a big beard, cheering on the woman who is going to save America (also his wife in real life). This film is essentially a mediocre product that resembles a cross between Die Hard and Panic Room.

This picture concentrates largely on the action, more than on the performances of the characters, and there is nothing in the film that you haven’t seen before. It’s all there: red buttons, countdown timers, with the President and senior US Army personnel keeping a close eye on the situation. In numerous areas, the visual effects look strange, and you wonder whether we’re in 2022. 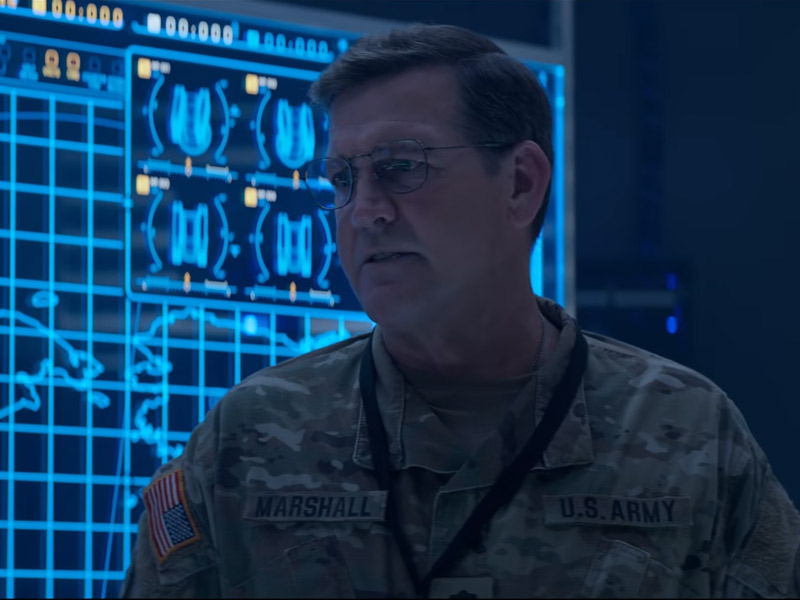 Chris Hemsworth duly appears as a funny TV salesperson watching images of the catastrophe unfold. However, the moments of goofy humor largely serve to undermine the story’s purported seriousness, which is already doubtful. It doesn’t help that Reilly offers a confusing political viewpoint, giving Kessel some standard-issue progressive talking lines while having his key buddy voice similarly stereotyped right-wing ideas.

There’s a patriotic, pro-military theme, but it’s as ridiculous as the possibility of nuclear Armageddon. Hundreds of millions of lives are allegedly at stake, but Interceptor fails to measure up to such expectations.

The action sequences done by Elsa Pataky are the only things that keep you interested in this otherwise uninteresting event. While action has always been her forte, and we’ve seen her perform stunts in the ‘Fast & Furious trilogy, she comes into her own in this picture and takes it to the next level. Alexander Kessel, played by Luke Bracey, appears to be a suave villain, and he proves to be a fitting foil to Pataky’s character.

It does make you wonder, in the end, how this video was even approved by the streaming platform’s executives. The film has nothing that could be described as subtle. It’s one of those films that can be seen when you get home after a long day and can tolerate anything on the tube. Don’t squander your time by using the skip button.